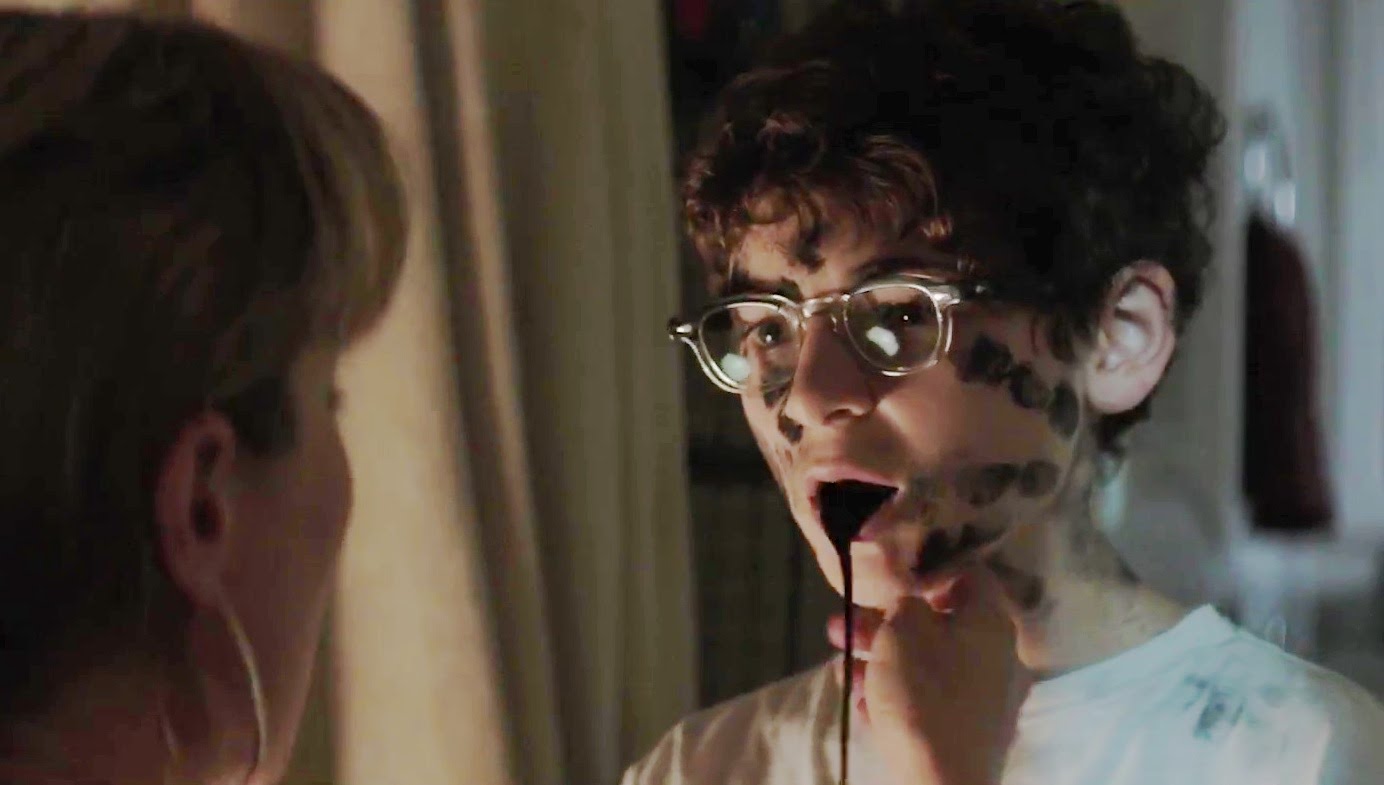 A lot of times, horror movies fall flat despite effective supernatural mythology due to uninteresting human characters. ‘The Darkness’ is a 2016 horror movie that avoids that mistake by making the plot lean heavily towards family drama. Hence, while the horror aspect may be infrequent, the film manages to keep viewers’ interest with its unexpected but well-executed family conflicts.

The head of the central family, Peter Taylor is played by Kevin Bacon. The role of Peter’s wife, Bronny is essayed by Radha Mitchell. David Mazouz plays Michael Taylor, the youngest Taylor child while Lucy Fry plays his elder sister, Stephanie Taylor. While the movie sees its characters’ woes worsen progressively, ‘The Darkness’ does end on a rather happy note. Yet, several viewers would have wondered what the ending means.

‘The Darkness’ begins with the Taylor family on a vacation in the Grand Canyon. Michael Taylor, their youngest kid finds several rocks with animal symbols drawn on them. He takes them home. The family returns home and starts to observe strange things.

For instance, the kitchen tap keeps turning on. There are mysterious handprints and a few of the family members observe a shadowy figure at times. It is revealed that Michael is autistic and he starts to mention an imaginary friend named Jenny. Michael starts to act disturbingly. He tries to kill his grandmother’s cat and lights a wall on fire. That is when Bronny and Peter start to read up online about supernatural encounters. They find information about a Native American tribe called the Anasazis who used to live in the Grand Canyon and were haunted.

One day, a supernatural power starts to choke Stephanie, leaving handprints on her bed and body. It stops when Peter enters her room after which the family goes to a hotel. Then, they decide to seek the help of a “healer.” The healer tries to evoke the spirits in the house, performing a ritual to make them leave. However, the spirits resist and start wreaking havoc.

Peter finds Michael having entered an otherworldly cavity through a smokey portal in the wall. Peter finds the stones that Michael had brought home and enters the cavity to rescue Michael. Michael is being taken by five supernatural figures. Peter sees a place in the cavity where the stones appear to have been. He gets attacked when he tries to put the stones back in. Then, he asks the creatures to take him instead of Michael. Michael ends up putting the stones back in place. With each stone that he puts back, one creature disappears. The father-son duo jumps out of the cavity to return. The movie ends with the Taylor family in a park, enjoying themselves.

The ending of ‘The Darkness’ appears to be fairly straightforward: a simple, happy ending. However, it has a deeper meaning than that. To begin with, it is revealed the Anasazi spirits that haunt the Taylor family are known to bring out the darkest side within each person. It is revealed that they make the people that they haunt turn against their loved ones.

Throughout the movie, the Taylor family is depicted to be gradually disintegrating. It starts with Stephanie becoming increasingly angsty and weight-conscious, turning bulimic. Michael, on the other hand, starts to act stranger than ever. The fights between Peter and Bronny also become worse. This proves that the Taylor family members were turning against each other. The Anasazi spirits were bringing out their darkest side. However, once the spirits were dealt with, the family returned to a state of normalcy. The ending, which sees the Taylors in the park, signifies the fact that the family always loved each other and it was the spirits making them turn against each other.

The Darkness Spirits Explained: How Does Peter Defeat Them?

Several viewers might have wondered about the spirits of ‘The Darkness’ as well. How does Peter manage to defeat them? Why did they haunt the Taylors? All the answers are provided in the movie itself.

To begin with, it is revealed that the Anasazi tribe used to stay in the Grand Canyon, where the Taylors had gone on a vacation to. The animal spirits that the tribe used to worship turned against them, wreaking havoc. They would often take children along with them. In order to take care of the menace, the tribe had carried out certain rituals to trap the spirits in rocks. These rocks were then buried, in order to avoid waking up the spirits again. If the rocks are displaced, the spirits return. They can only be defeated again by placing the rocks back in their place again, by someone who is fearless.

Furthermore, Bronny also reads about how autistic children are “magnets for the supernatural.” Throughout the movie, Michael is depicted to be “in contact with” the spirits. Plus, he was the only one who had not been scared of the spirits. Towards the ending, the cavity in the wall is a portal which “takes” Michael and Peter to a place similar to where Michael had found the stones. Hence, the stones can be put back in place here. However, Peter is unable to do so as he is scared of the spirits. Michael, on the other hand, who had always been fearless finds himself capable of putting the stones back in place.