Created by Måns Mårlind and Björn Stein, German-English bilingual series ‘The Defeated’ (original title: ‘Shadowplay’) mingles police procedural aspects with historical fiction and post-war drama to present a compelling plate before the audience. Inspired by the age-old tale of “Max and Moritz,” the story is set in the aftermath of a larger story – a sense of ending guides the narrative.

The story follows NYPD policeman Max McLaughlin, who comes to Berlin to reinstate law and order and locate his estranged brother in the ruinous city. But as foreign powers vie for control over the devastated city, a drama of relentless fascination unearths itself. Following the gripping finale, questions are bound to pop up in your mind. In that case, let us decode the final moments for you. SPOILERS AHEAD.

WWII is over, and countries are vying to strengthen their hold over a decimated Berlin. Brooklyn-based policeman Max McLaughlin flies to the other side of the pond to make a police force in Berlin. Max takes orders from his superior Tom Franklin in Berlin, while Tom’s wife Claire makes slight passes at him. Teaming up with semiotics professor turned police officer Elsie Garten and her crew, Max attempts to reinstate law and order in the lawless territory of post-war Berlin. In Elsie’s team are young officers Gad and Trude, who help Max in his venture. But the real reason for Max’s visit to Berlin is to find the whereabouts of his elder brother Moritz, who has become a rogue soldier assailing formidable members of the Nazi.

Upon reaching Berlin, Max realizes that there are many stakeholders in the equation. In the aftermath of the war, the city is divided into occupation zones controlled by the Russians, the French, the Americans, and the British. Max senses that the initial days of the Cold War have already begun, as Russian Military Officer Alexander Izosimov thinks that the war is not over yet – it has just entered another stage. Meanwhile, the police begin investigation on the death of Anne Friedrich after retrieving her diary. The investigation leads them to a dilapidated synagogue and a hotel, among other places.

After some investigation, Max extracts the name of a certain Angel Maker, a mafia boss who makes women forever indebted by helping them out. The women (mostly prostitutes), in turn, join his ever-expanding army. He is a feared and revered name in the shadowy underworld of the city. On the other hand, Karin Mann meets Herman Gladow for penicillin, a rare commodity in post-war Berlin. Karin is seemingly involved with the death of two American soldiers and a homeless girl, and the police try to track her down.

Max’s estranged brother Moritz has earned himself a name as a notorious Nazi killer, and he communicates with Max through letters. Later, he pays Berta Spiel, former guard of a concentration camp, a surprising visit. Moritz slays Berta after torturing her for a while, while he finds his next target in Otto Oberlander, a high-ranking official of the Third Reich. After deducing Moritz’s next move, Max pays him a visit at the house where Moritz keeps Oberlander confined. Max tries to thwart Moritz off his plan, but Moritz gives Max a heavy blow on the head, and Max falls senseless. Moritz escapes the premise after executing the murder.

Russians get hold of Elsie’s presumably dead husband, Leopold, and Izosimov personally sends a voice recorder to Elsie to bring her to his office. Elsie enters the Russian side of the city, and after some humiliation by subordinate officers, is taken to Izosimov. Elsie wants nothing more in the world than to meet her husband, while Izosimov seeks information from Elsie about Max McLaughlin and his superior Tom Franklin. Elsie agrees to the terms set by Izosimov to get a glimpse of her husband, albeit without touching him. 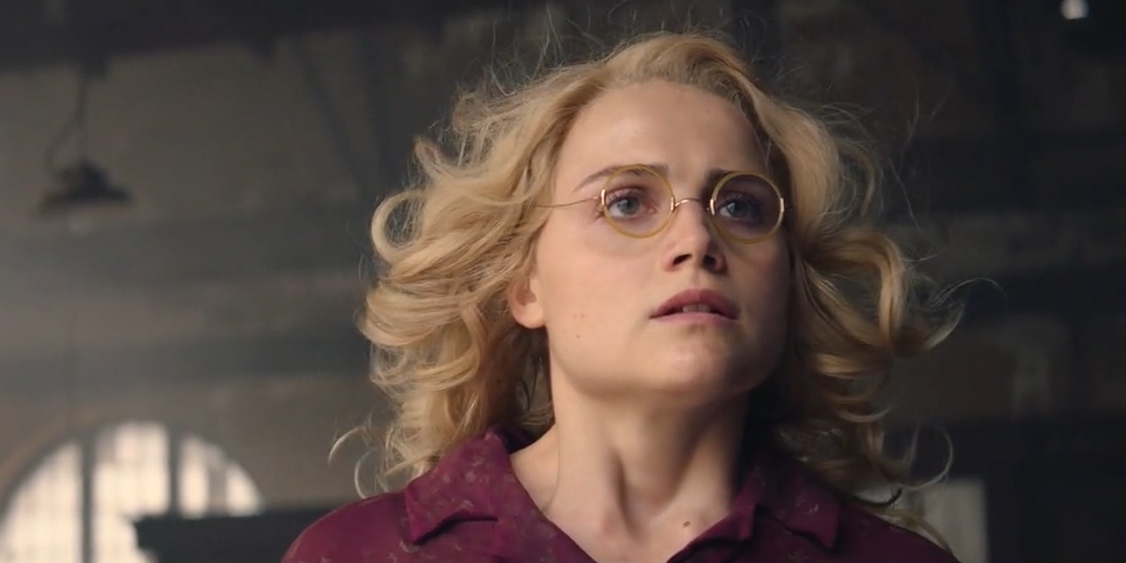 The police come to know that “Engelmacher” Gladow has a base of operations in a hotel called Alt-Bayern, in Moabit, which lies in the British sector of the city. Tom divulges to Max about another NYPD officer named George Miller, seemingly trading in stolen artifacts to get former Nazi members to safer grounds. Gad and Trude spy on Karin to reach the hotel, and Gad brings in a child named Cassandra. Meanwhile, Dr. Gladow is planning a devastating attack on the police station, and when Trude is deemed unfit for the operation, Karin rises to the occasion.

The bomb explodes, and shortly after, a gang of militant women wreaks havoc on the officers, but Max gets hold of a machine gun to shoot the women dead. But another devastating revelation awaits him. Max comes to know that Tom Franklin is the one helping Nazis to flee Germany against stolen artifacts. After the revelation, Max goes to Claire to warn her, and Claire seeks to go to London, leaving Tom for justice.

After getting to know about Dr. Gladow’s den in the tunnels underneath the Weishaupt Institute, the keepers of law rush to bring him in. Gladow denies the allegations, but he goes off the record to reveal to Officer of Special Operations Bob Travis some of the biggest news regarding the city’s underworld. Meanwhile, Claire leaves for London, but as Claire and Tom get on the car, we sense that the car is driven by none other than Moritz.

The Defeated Season 1 Ending: Is Moritz Dead or Alive?

In its crux, the story is about two brothers, Max, and Moritz McLaughlin. The creators update the age-old tale while providing a compelling look at the decimated post-war Berlin. In doing so, the creators also rewrite the tales of benign pranks in the backdrop of war. Moritz is the real reason behind Max’s visit to Berlin, and the story of estranged brothers is given a context with occasional flashbacks. One day, their father took up the gun the brothers had “blessed” and shot their mother dead. When the brothers tried to save their mother, the father threatened to kill Max, and Moritz was forced to assail the father. 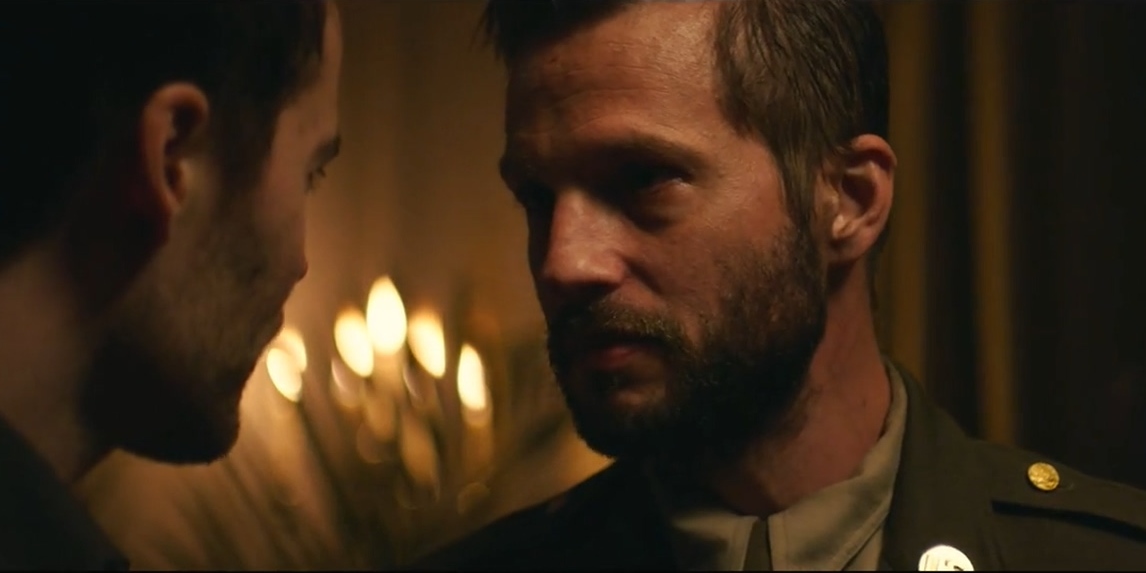 In his rewritten version of the tales of Max and Moritz, the first chapter is dedicated to the Weber brothers. The second chapter is after Berta Spiel, and the third, after Otto Oberlander. Moritz attempts to make Tom Franklin the subject of the fourth chapter, and therefore, sabotages the journey of Tom and Claire disguising as the driver. Moritz takes Tom to Moritz’s mother’s childhood home, hoping to assail him the same manner as the previous victims. However, Max rushes to save the day, and after ensuring that Claire is alright, he enters the abandoned house for a confrontation with Moritz. Max knows that his brother is diagnosed with an onset of schizophrenia and tries to talk his brother out of violence.

When Max fails to dissuade Moritz, he is compelled to shoot his brother. While the act seemingly saves Tom Franklin from his deadly fate, Moritz is seemingly dead. But when Max comes down, hoping to find the body of Moritz, he does not see anyone. The finality of the season assures us that Moritz has successfully escaped the scene. A farmer and his son rescue him. The story is biblical in proportion as the rivalry between brothers is the age-old tale of the obedient and the prodigal sons. In the end, the story stops short of reconciling the estranged brothers. So, while Moritz is on the run, we hope that the brothers will meet again in the next season.

Does Leopold Come Back?

In the finality of the season, there is another revelation in store for the fans. Towards the beginning of the season, the Russians get hold of Elsie’s husband, Leopold. Desperation subsequently turns Elsie into a double agent, working with both Americans and Russians. She becomes a Russian spy to save her husband and keeps an eye on Tom Franklin, taking orders from Izosimov. She meets her husband twice in the course of the story, and in their second meet, Leopold confides to Elsie his plans to escape the prison. 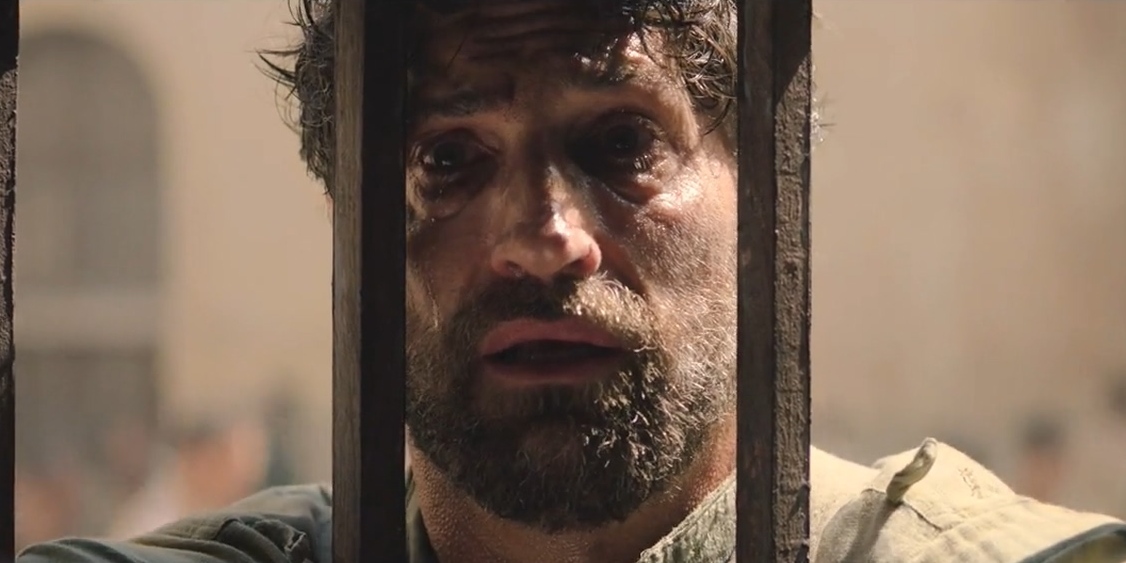 The prison is seemingly impossible to escape, and afraid, Elsie spills the beans to Izosimov about Leopold’s escape plan. Leopold’s associates are killed in the firing line, while Leopold is only injured and ends up in the prison hospital. Izosimov keeps Leopold alive for a political motive – to extract information from Elsie. At least initially, he tries to intimidate Leopold.

But then, piano tuner Leopold and Izosimov strike a hearty conversation, and Izosimov reveals his mother’s fondness for pianos. In the end, Izosimov releases Leopold from captivity. Elsie finds Leopold at her doorstep while Izosimov takes his leave. The small act expresses a great deal of kindness. Although divided by political interests and nationalities, the two come together in their shared humanity. The rare notations of “shadowplay,” the piece by Bach, are also given to the viola player by Elsie, and in these small acts, glimpses of humanity shine through.

Read More: Is The Defeated Based On A True Story?