The Eminence in Shadow Episode 2 Recap and Ending, Explained 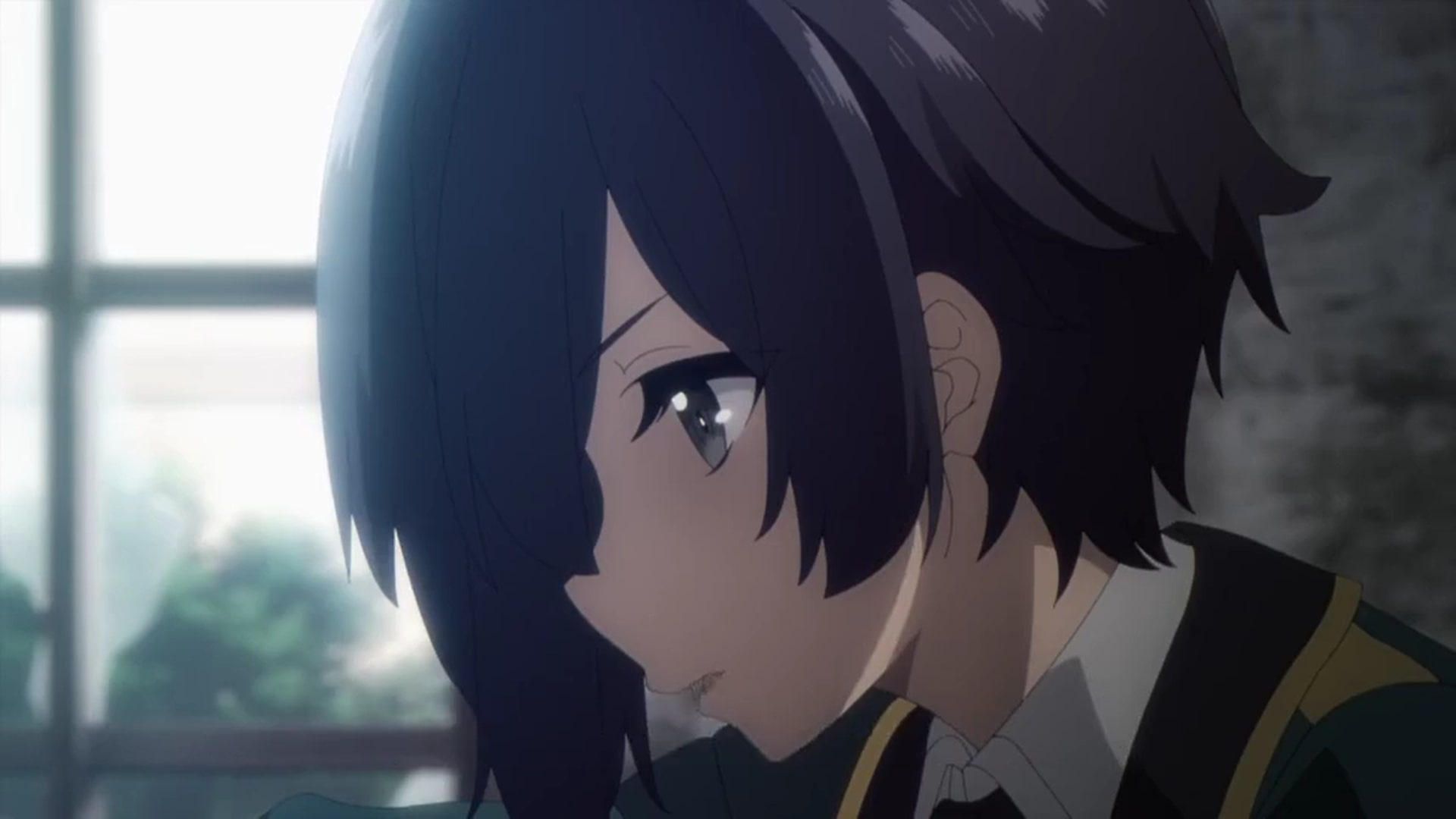 In ‘The Eminence in Shadow’ episode 2 titled ‘Shadow Garden Is Born,’ Cid continues to live his vigilante life after being reborn in an aristocratic family. After fighting a group of bandits, he cures a cursed girl and lies to her that she is a descendant of heroes and must fight against the Cult of Diabolos. Meanwhile, just as she was expected to set out to the royal capital for further education, Cid’s sister Claire is kidnapped. Here’s everything you need to know about the ending of ‘The Eminence in Shadow’ episode 2. SPOILERS AHEAD!

The Eminence in Shadow Episode 2 Recap

After Minoru Kagenou dies in a road accident, he is surprisingly reborn in an alternate world as Cid Kagenou. Now as a member of the aristocratic family, he has a very different life compared to his past. However, Cid decides to continue living a vigilante life by training in secret and pretending to be ordinary in front of others. Therefore, when he grows, people eventually see his older sister Claire as the true heiress of the Kagenou family. 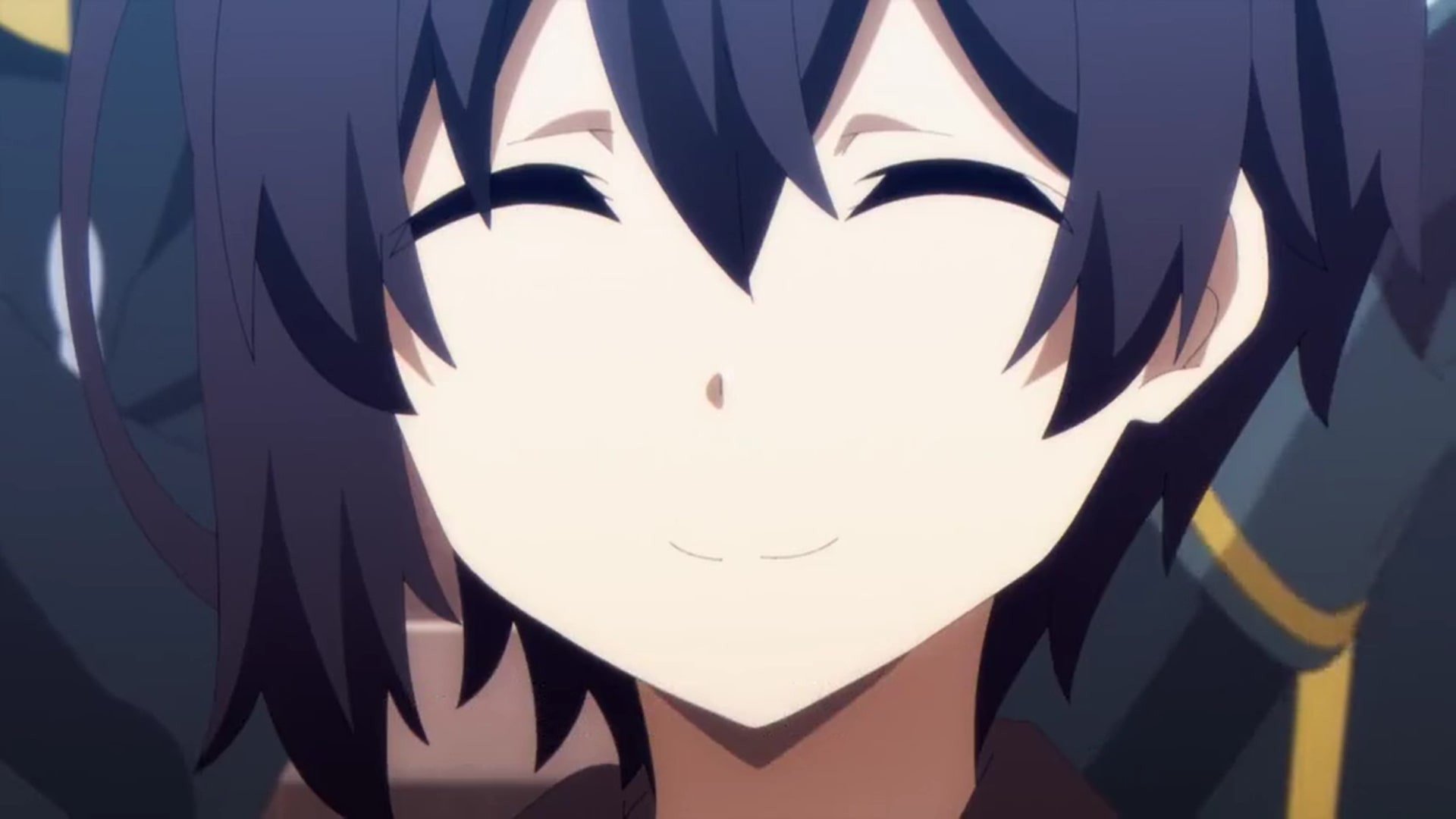 Meanwhile, Cid secretly fights bandits and in one of his nighttime quests, he comes across a living blob of rotting flesh. He understands that someone is cursed and in order to cure the person, he experiments for a few days. He eventually manages to heal the rotting flesh who then turns into a beautiful elven girl. Cid takes this as an opportunity to manipulate her. After naming her Alpha, he lies to her that she is actually a descendant of ancient heroes, who had once fought valiantly against the demon, Diabolos.

Cid goes on to claim that Diabolos’ cult is now planning to resurrect him and she must do something to stop that from happening. Alpha believes his words and ends up forming a group called Shadow Garden to fight against the cult. Three years later, she manages to find a few members, and the group is collectively called the Shadow Seven. Meanwhile, Cid continues to train with his sister Claire but has never managed to defeat her.

When the nobles turn fifteen they are expected to join the Midgar Academy of Dark Knights in the royal capital. Claire has also enrolled there and is now ready to move out of the house, for her formal education. Unfortunately, the day she is expected to leave for the royal capital, Claire suddenly goes missing from her room without any trace. 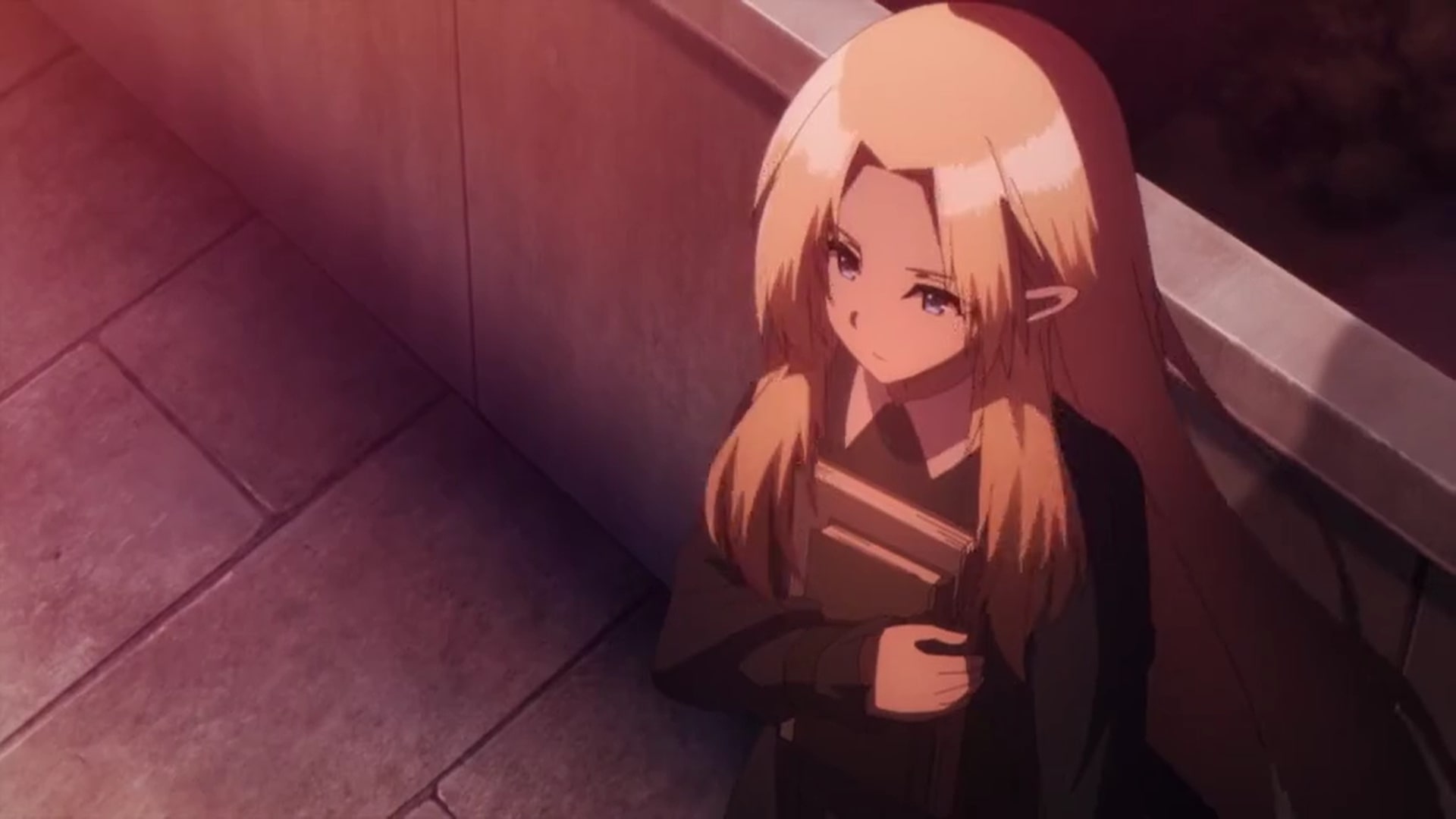 It is soon revealed that she has been kidnapped. Cid’s mother is furious and has an altercation with his father about the lax safety, while the latter is shocked that someone managed to fight against her. Meanwhile, Cid himself is not that concerned and meets Beta (a member of the Shadow Seven) to figure out how they should be finding her.

The Eminence in Shadow Episode 2 Ending: Does Shadow Seven And Cid Save Claire From Kidnappers?

After taking cognizance of the situation, Beta finally meets Cid to discuss the course of action they plan to take. While Cid is confident that the kidnapping is the work of bandits, Beta reports that a high-ranking officer of the Cult of Diabolos is involved. According to her, they took Claire because they believe that she is the descendant of one of the heroes. Beta then opens up a map and shows Cid the possible hideouts locations where his sister is probably taken. 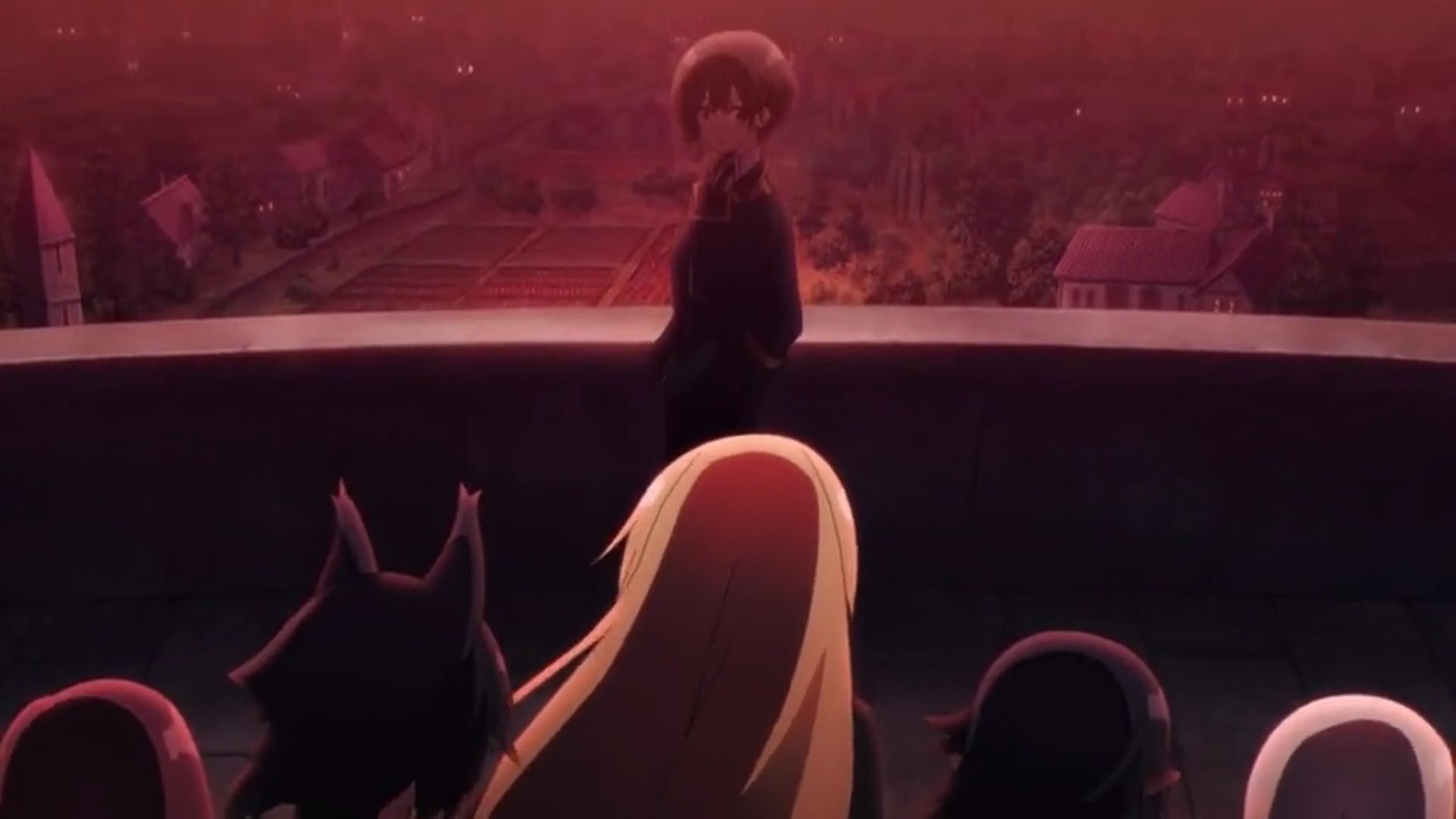 However, Cid feels that their initial assumptions are wrong, he throws a knife on the map to tell them where to look but accidentally misses the point he planned to hit. To his surprise, Beta is ecstatic and believes that Cid just hit the nail on the head and pointed in the direction they were not even looking. Soon after this meeting, the Seven Shadows lead a surprise attack on the hideout.

Meanwhile, Viscount Grease, the high-ranking officer of the Cult of Diabolos is questioning Claire. When he talks about her brother, Claire breaks her chains and lunges toward him only to be knocked down moments later. One of his men suddenly comes with the news that the hideout has been attacked by the Seven Shadows. Viscount believes that his men are powerful enough to be included in the Royal Guard, but to this shock, they are right now falling like flies in front of the enemies. 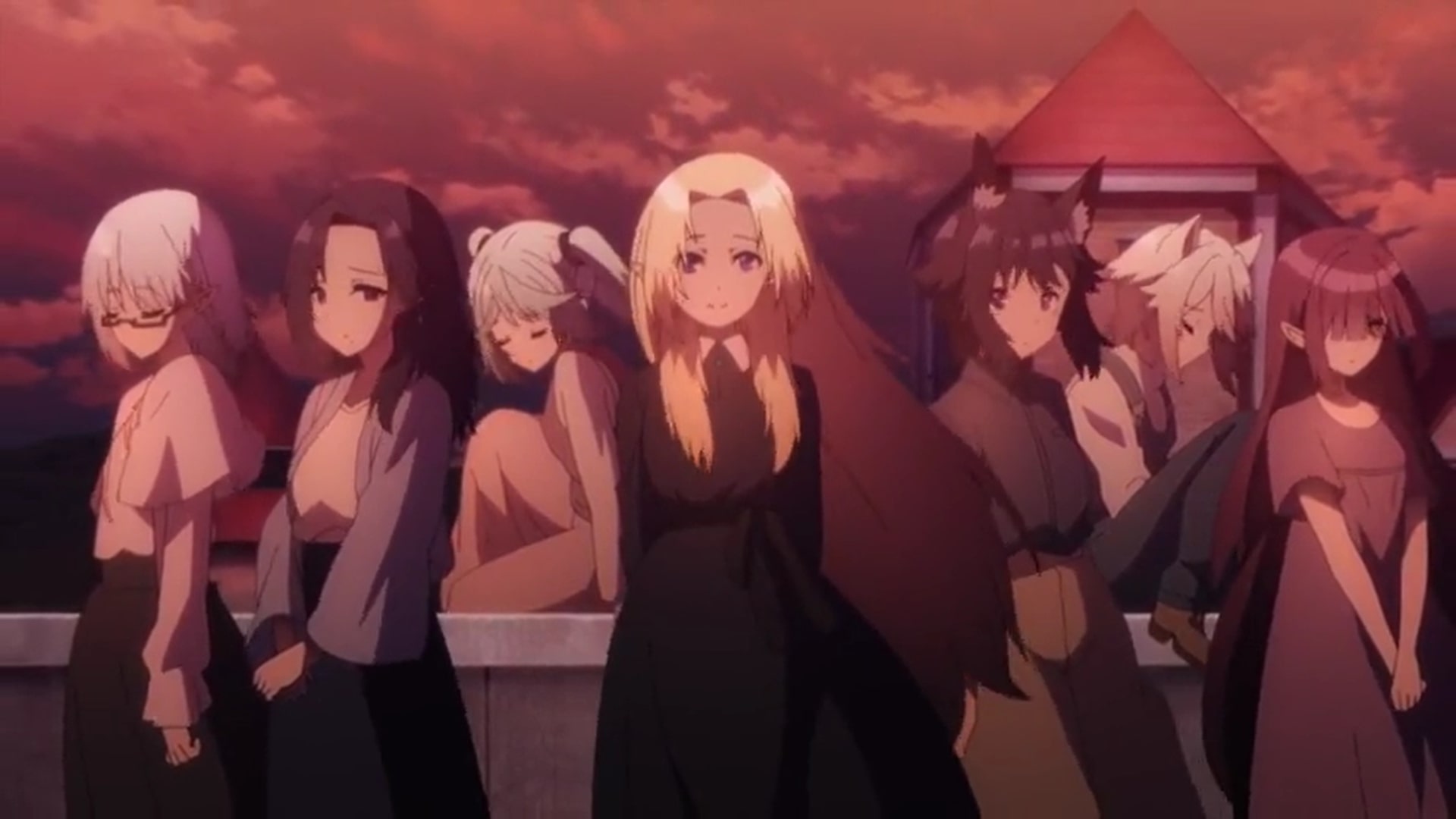 When Viscount is confronted by Alpha and her underlings, he fights for some time and tries to flee. Unfortunately, he ends up running into Cid, who mocks his fighting abilities before killing him without any remorse. The following day, Claire returns home after breaking her chains. Her injuries are not serious and she heals soon enough to set out for the royal capital.