The Eminence in Shadow Episode 3 Recap and Ending, Explained 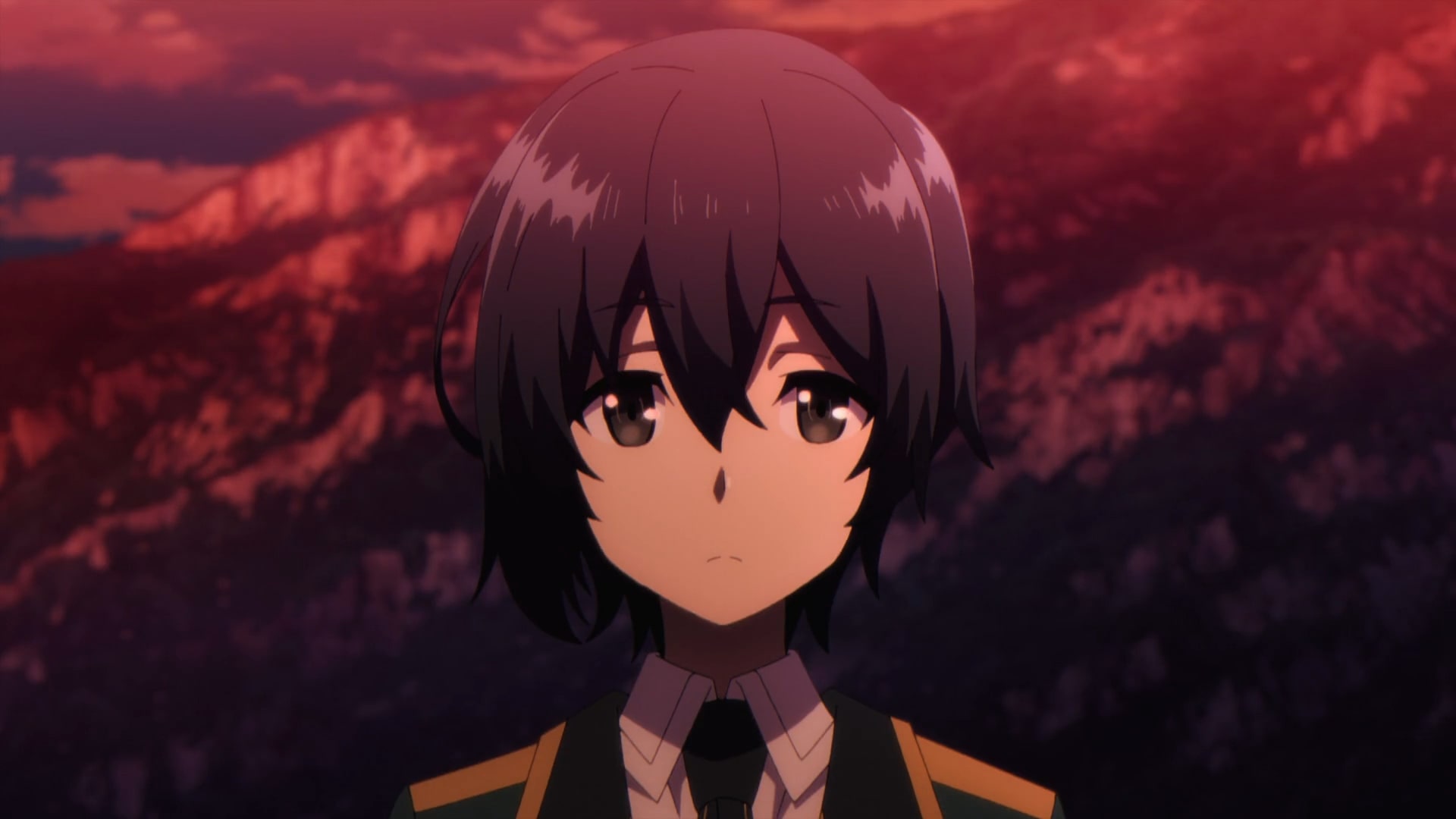 In ‘The Eminence in Shadow’ or ‘Kage no Jitsuryokusha ni Naritakute!’ episode 3 titled ‘Fencer Ordinaire,’ Cid joins the Midgar Academy after the Shadow Seven part ways with him to continue their investigation of the Cult of Diabolos. Meanwhile, Cid continues to live his double life at the prestigious knight academy all the while keeping his head down. However, when he is challenged to propose to Princess Alexia, one of the most beautiful girls on the campus, his life suddenly changes as she unexpectedly accepts to make him her boyfriend. Here’s everything you need to know about the ending of ‘The Eminence in Shadow’ episode 3. SPOILERS AHEAD!

The Eminence in Shadow Episode 3 Recap

After successfully saving Claire from her kidnappers, the Shadow Seven meets Cid to discuss something important. In their investigations, the girls found out that the Cult of Diabolos is an enormous organization that runs on a global scale and naturally has a significant influence. In order to fight against them, the team of seven brave women decides to embark on a quest to challenge the cult on a global scale. 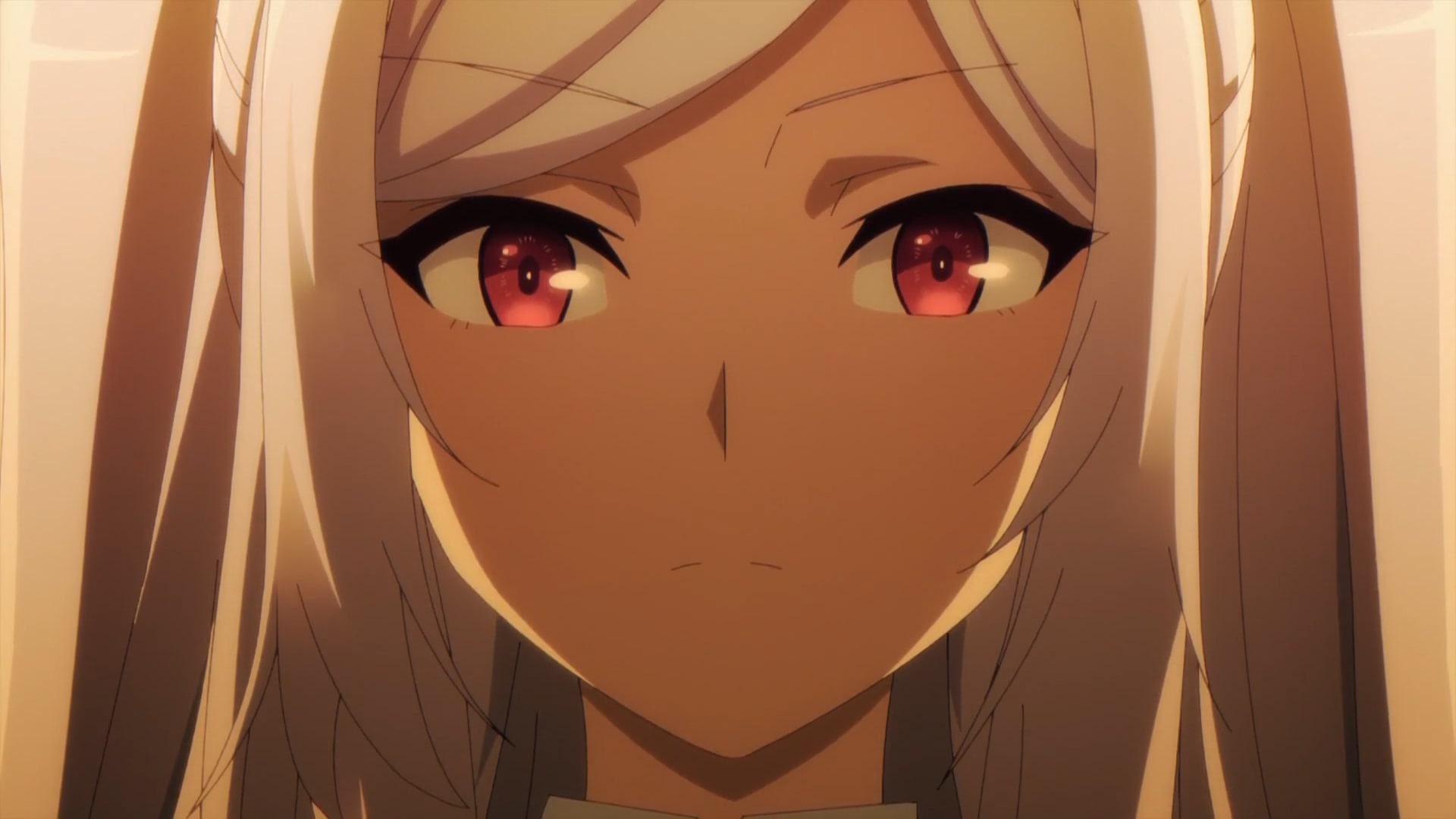 Cid firmly believes that the Cult of Diabolos is not a real organization, and the Shadow Seven deciding to leave him in order to fight against them is just an excuse. He feels that the girls just got tired of playing along with his lies and trusting his stories, so they decided to simply set themselves free. However, Cid does not hold a grudge against them for their decision as he feels that everyone forgets about superheroes and their dreams once they grow up.

Meanwhile, as soon as he turns fifteen, Cid also enrolls in the Midgar Academy for Dark Knights like his sister. The prestigious institution attracts students from inside and outside of the Kingdom. However, it follows the medieval-style hierarchical system according to which the elites are treated far better than the lower-class aristocrats. Luckily, Cid has managed to make two friends named Skel and Po. 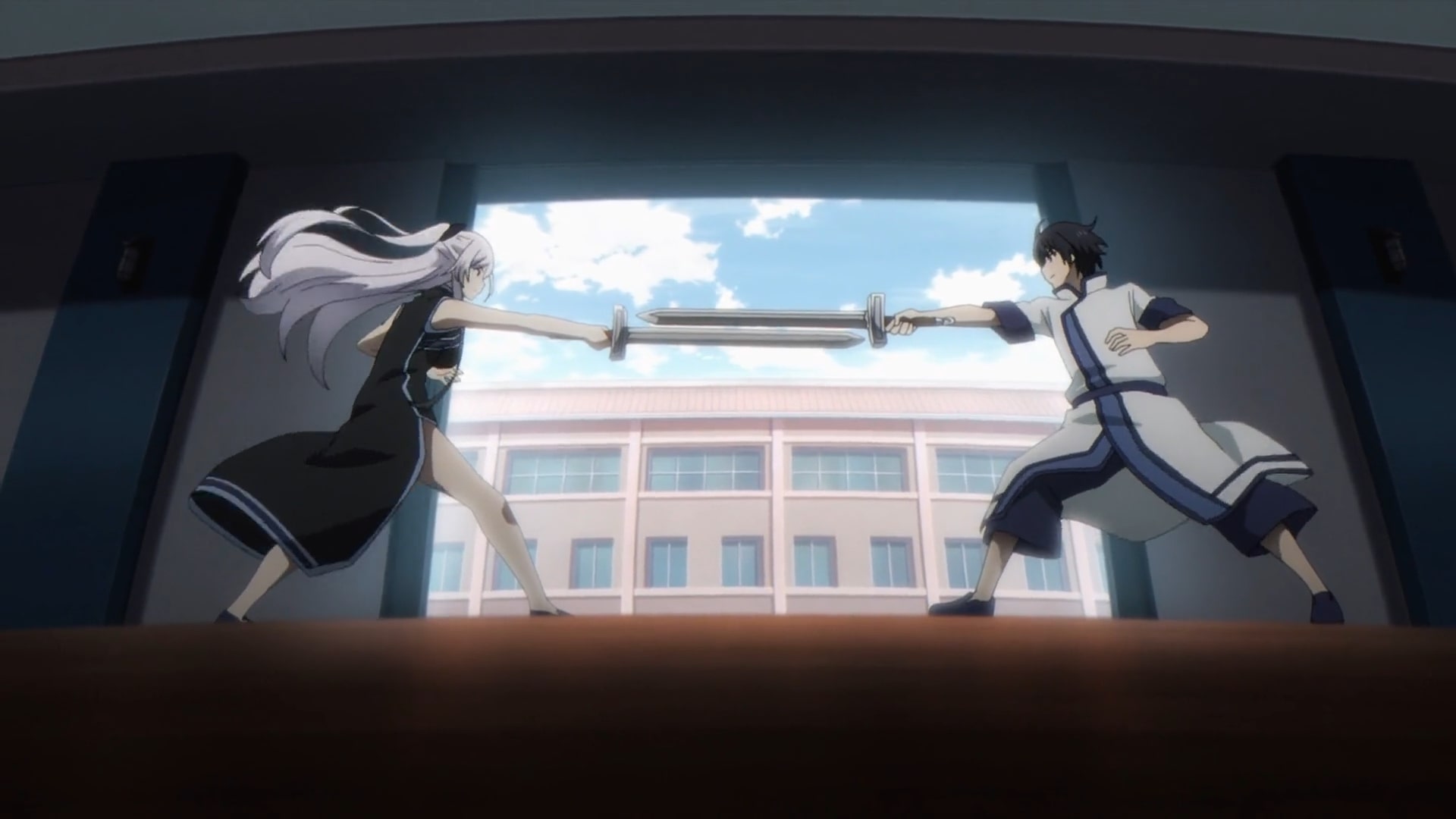 On their way to the academy one day, the two friends remind Cid of the dare that one has to complete for scoring the least marks on the previous day’s exam. Since Cid did the worst, he now has to propose to Princess Alexia, one of the most beautiful girls on the campus, who rejects everyone. Cid expects the same but when he proposes, she chooses to make him her boyfriend much to everyone’s shock.

The Eminence in Shadow Episode 3 Ending: Why Does Alexia Date Cid?

After Princess Alexia accepts his proposal, Cid suddenly starts getting too much attention at the academy. Later that day, Alexia decides to join Cid, who is having lunch in the cafeteria, and the students there all begin to gossip about the mismatched couple. While they are there, Alexia convinces her boyfriend to join her fencing class. He starts attending fencing lessons with her on the very same day. The couple even has a practice dual. When Mr. Zenon, the royal fencing instructor comes to meet the Princess, she informs him that she has started dating Cid. Zenon keeps his calm and calls his decision childish. 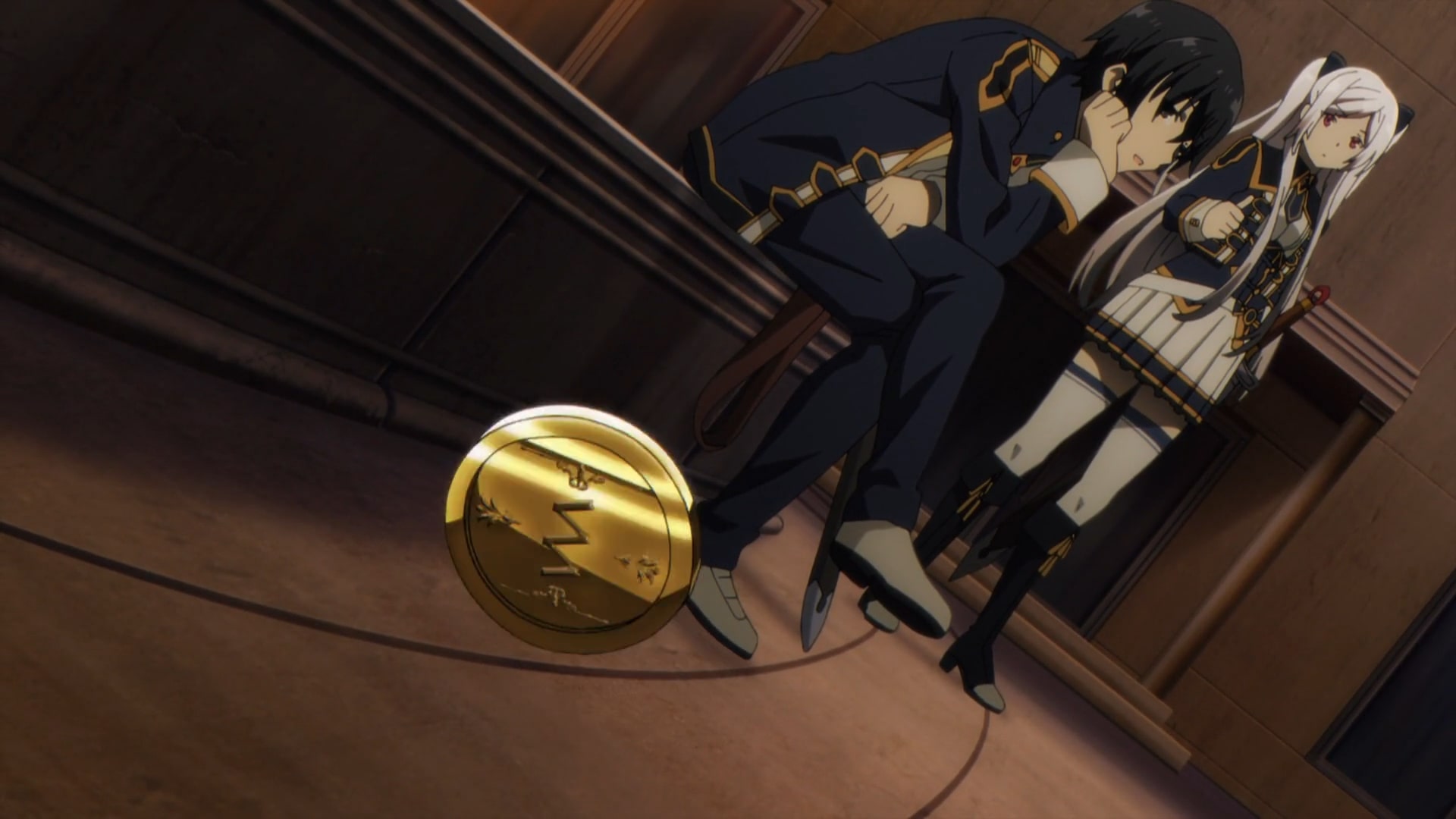 Zenon goes on to remind Alexia, much to Cid’s surprise, that they have been privately betrothed to each other and she can’t keep running away from that all her life. Later that evening, Cid and Alexia discuss their relationship. The former argues that she is just using him to avoid her engagement with Mr. Zenon. Cid as a lower-class aristocrat is just the right person for such kind of a goal. The Princess does not hide her true intentions anymore but also reveals that she found out from Skel and Po that he proposed to her just for a bet.

She then goes on to indirectly remind him that the school board will probably not like the fact that a young man tried to play with the emotions of an innocent girl for such a petty reason. Cid shows no fear of the warning and continues to argue that their relationship still does not make much sense as everyone can see that the Princess is out of his league. However, Alexia is no longer interested in discussing the matter and pays Cid to help her out. The duo continues to share a romantic relationship for the public eye, while they are personally conscious of the deal that brought them together. 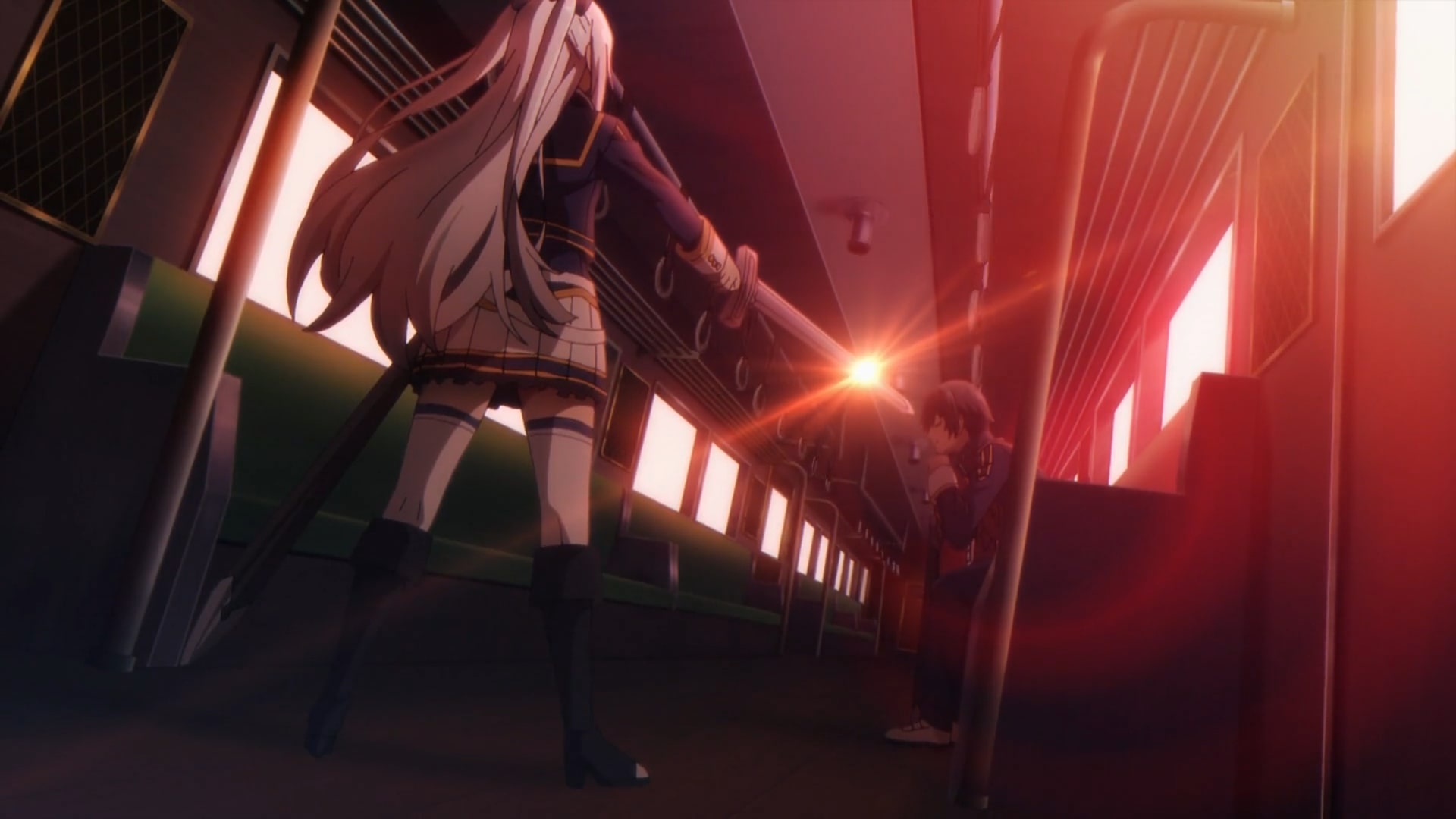 One day Alexia shares that she has nothing against a guy like him who is full of flaws, but Mr. Zenon on the other hand has a nearly flawless exterior persona. According to her, people who appear perfect are not right in the head or are massive liars. Somedays later, the mismatched couple has a verbal disagreement on the train while heading to their dorms. When Cid returns to the academy the following day, he learns that the Princess is missing and he is one of the suspects under investigation.