The Eminence in Shadow Episode 6 Recap and Ending, Explained 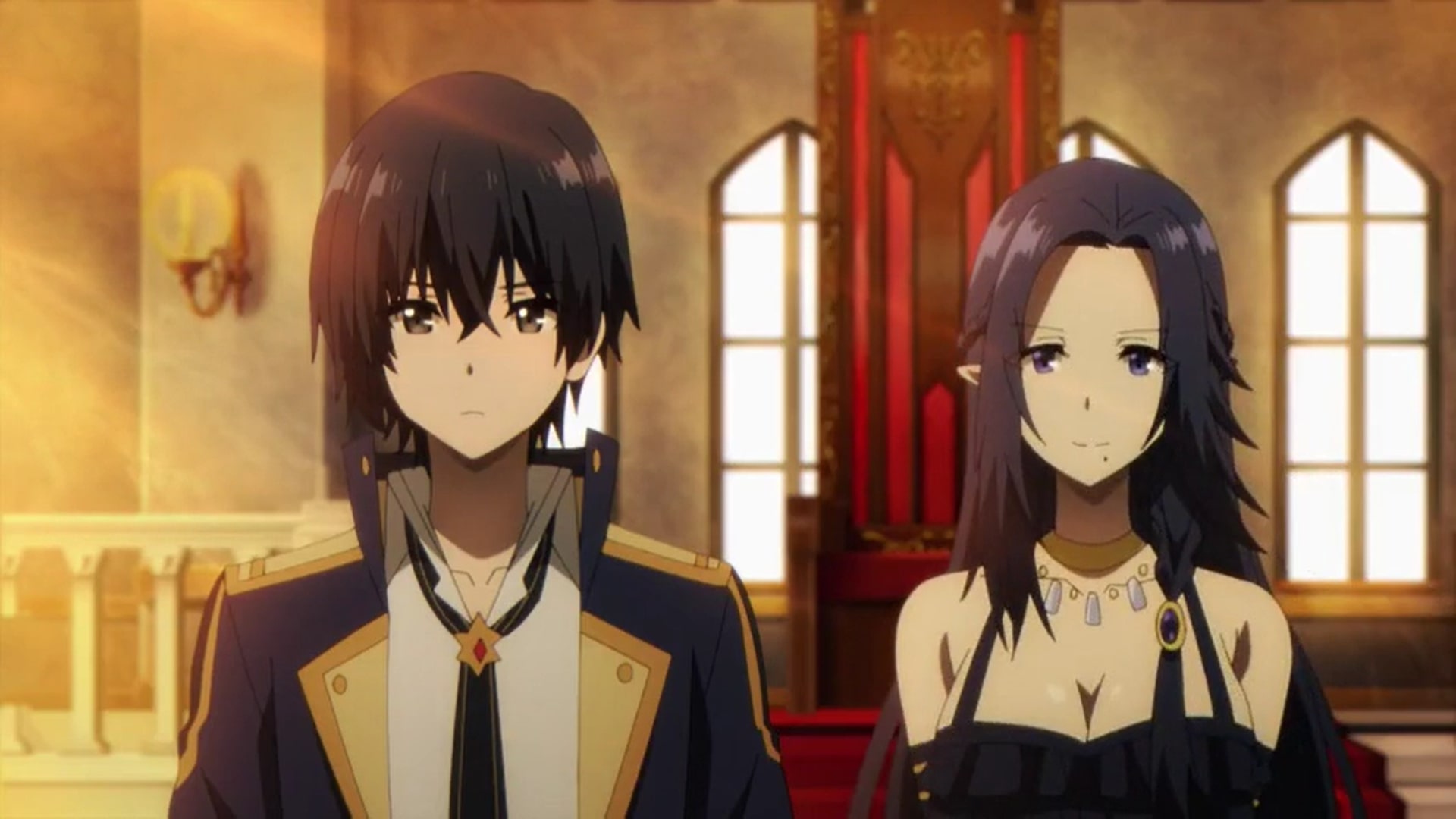 In ‘The Eminence in Shadow’ or ‘Kage no Jitsuryokusha ni Naritakute!’ episode 6 titled ‘Pretenders,’ a killer impersonating Shadow commits various crimes and pins the blame on Shadow Garden. Meanwhile, Cid meets Gamma who tells him about her shop franchise business that has managed to earn 1 billion Zeni for the organization. Later that evening, the impersonators are spotted and subsequently attacked by Alexia. But she ends up needing someone else to do her job. Here’s everything you need to know about the ending of ‘The Eminence in Shadow’ episode 6. SPOILERS AHEAD!

The Eminence in Shadow Episode 6 Recap

An unknown killer impersonating Shadow corners an innocent man in an isolated alley and brutally murders him. The following day at the Midgar Academy, Cid’s friends Skel and Po learn about his breakup with Alexia. The three of them later decide to go to a new shop named Mitsughoshi that has recently been selling goods that no one has ever seen before. When they are finally at the store, Cid is shocked to see that a lot of the products are from the modern Japanese days but could not comprehend how is it possible. 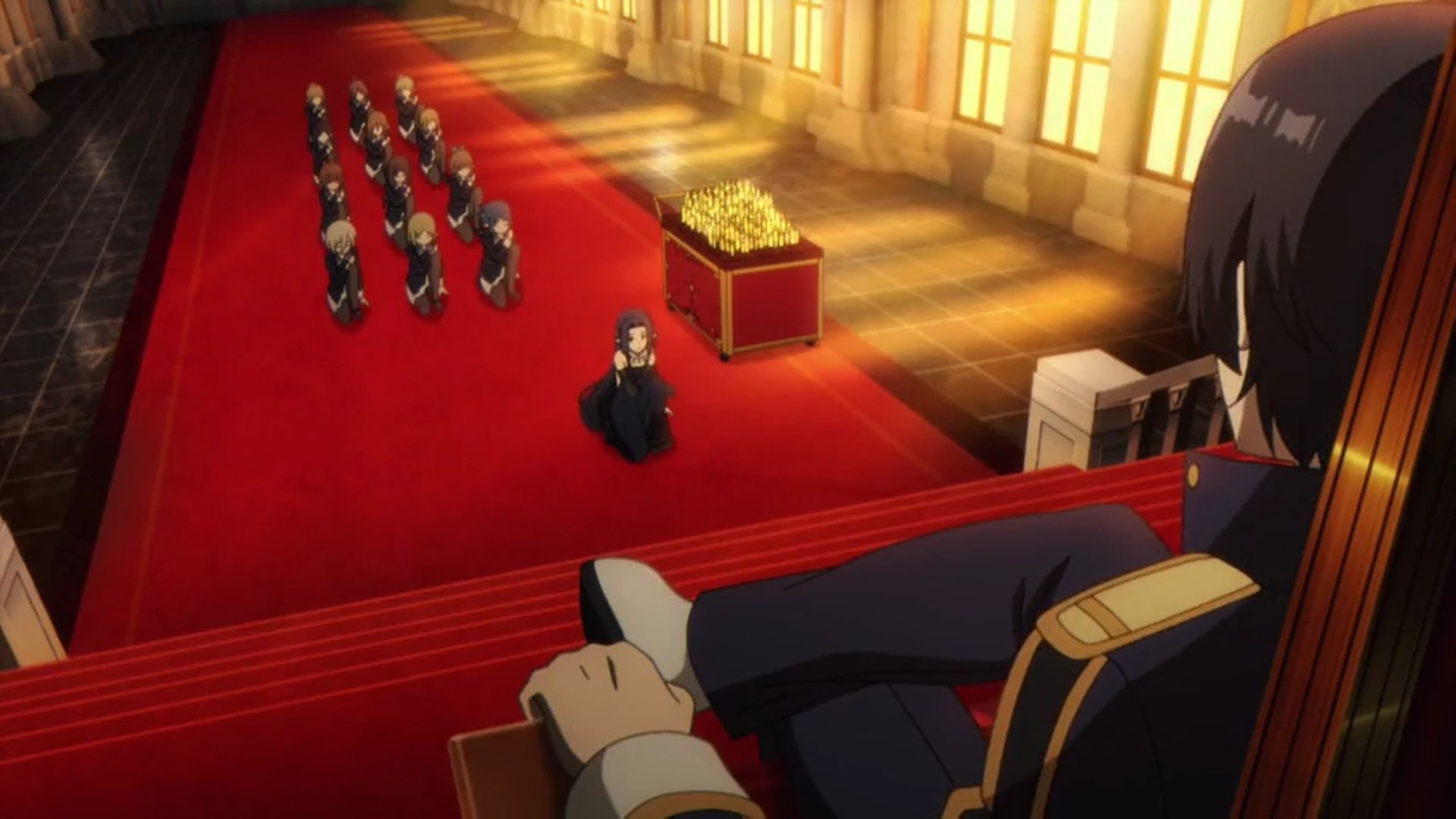 When they are outside, a girl meets the trio and decides to take Cid for a special survey. However, it is soon revealed that she is a member of the Shadow Garden and she takes him directly to Gamma who has been waiting for him for quite some time. Cid learns from her about the impersonator and she also introduces him to a new member of the group named Nu.

Shadow also learns that the shop franchise is actually run under the watchful eyes of Gamma who has earned 1 billion Zeni for the organization. Later, Cid meets Sherry Barnett again in the library and hands a box of chocolates to her. Sometime earlier, Iris has contacted her so that they can convince her to deconstruct an artifact belonging to the Cult of Diabolos.

The Eminence in Shadow Episode 6 Ending: Does Cid Find His Impersonator? How Does He Punish Him?

While going back to their dorm that evening, Cid suddenly hears the sounds of two swords and concludes that Alexia is somewhere near him. It turns out that Cid has deduced from the available evidence that his impersonator was none other than the Princess herself. Although he has no qualms about the fact that Alexia wants to be a homicidal maniac, he is bothered by the fact that she is wandering around the town masquerading as a member of the Shadow Garden. 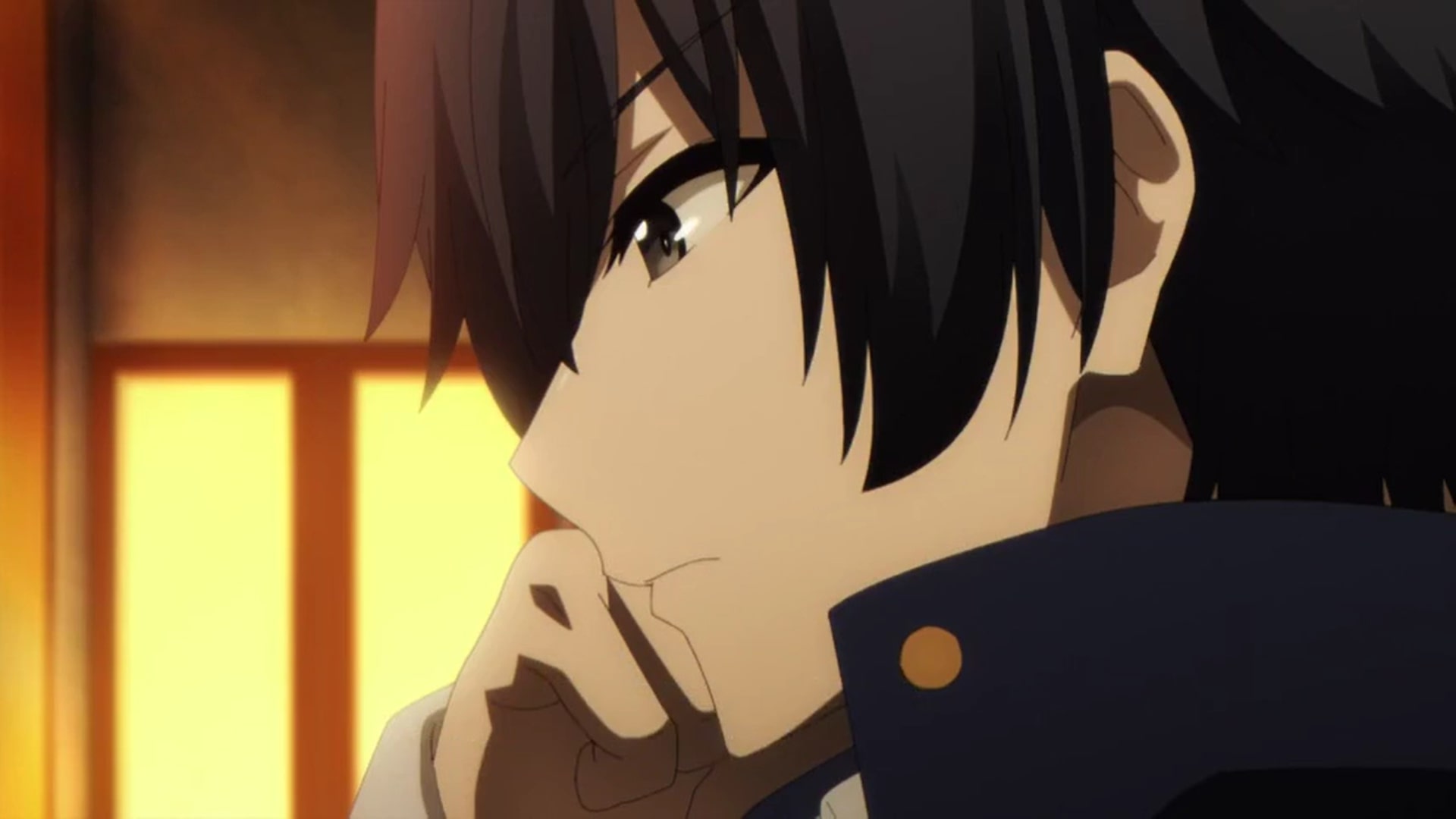 But contrary to what he has assumed, it turns out that the impersonator is some other person and Alexia has managed to track him down. Knowing the seriousness of his crimes, she shows him no mercy and fights him unbeknownst to the fact that Cid has been watching all the drama unfold from the top of the nearby building. Unfortunately, the fight takes an unexpected turn when two people with the impersonator also join the fight.

Soon Alexia gets injured on her arm and things start looking very gloomy for her. Luckily, Shadow is right there and as soon as one of the men tries to fatally injure the Princess, he intervenes and kills him on the spot. He tells the other two that they will have to pay the price of impersonating the Shadow Garden with their lives as well. They naturally become quite afraid and run for their lives. When Shadow decides to follow them Alexia stops him for a moment and enquires about his motivations and objectives. 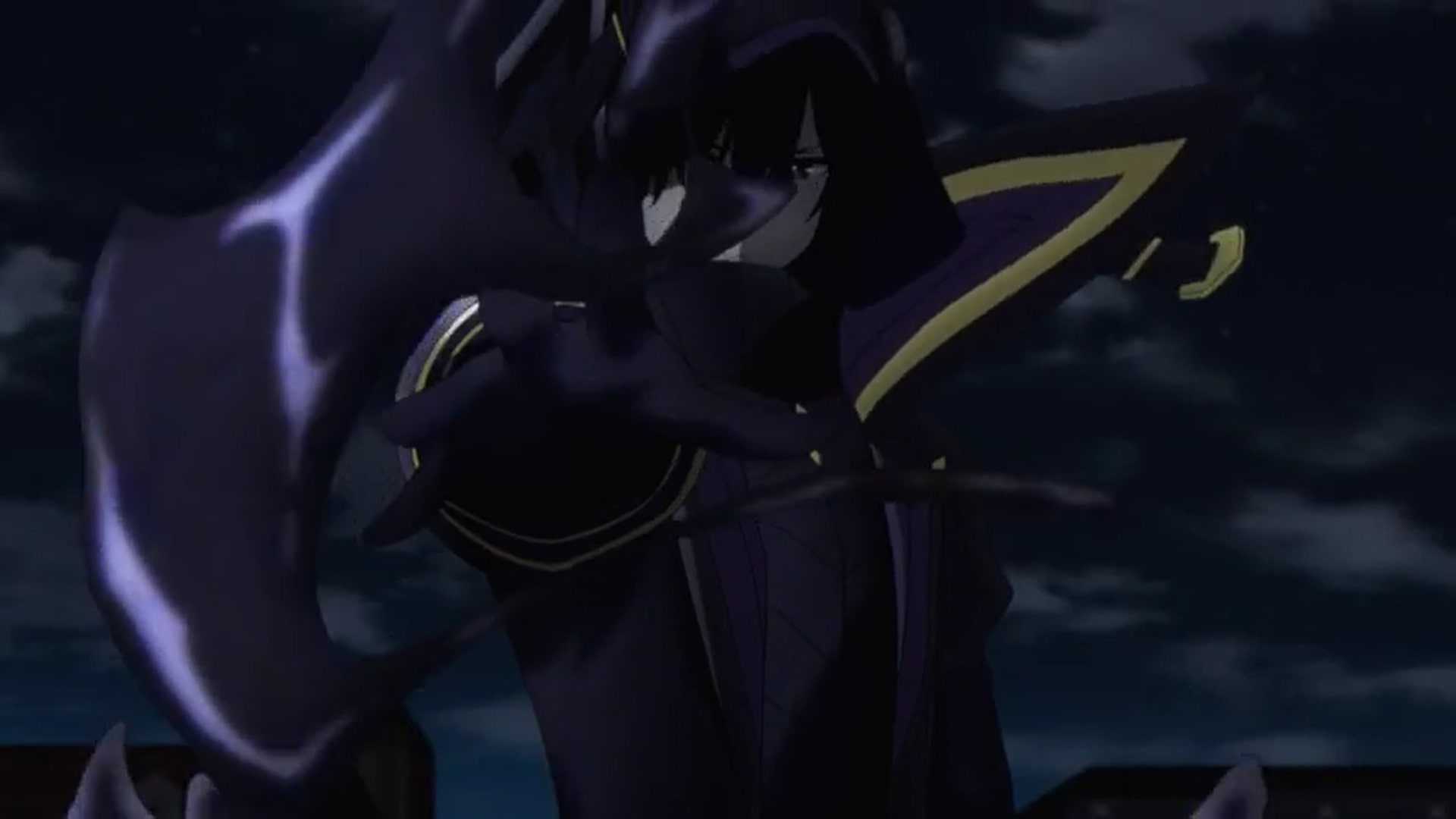 Unfortunately, she is in a bad shape and as soon as he tells him to keep herself out of it, Alexia falls unconscious. It does not take long for Cid to catch up to the other two men who were with the impersonator. When he kills one of them, Nu who is right there watching everything offers to take care of the last man. So, Cid leaves him up to her and Nu manages to restrain him easily when he tries to attack her.

Does Iris See the Shadow Garden As a Threat? What Does She Think About the Cult of Diabolos?

After Shadow saves her life, Alexia meets his sister Iris privately to discuss what she has learned in the past few days. She tells her that the recent murders in the town were not committed by the Shadow Garden but by some other organization that has assumed their name presumably trying to defame them. Iris suddenly recalls her encounter with Alpha while defending the Royal Capital. 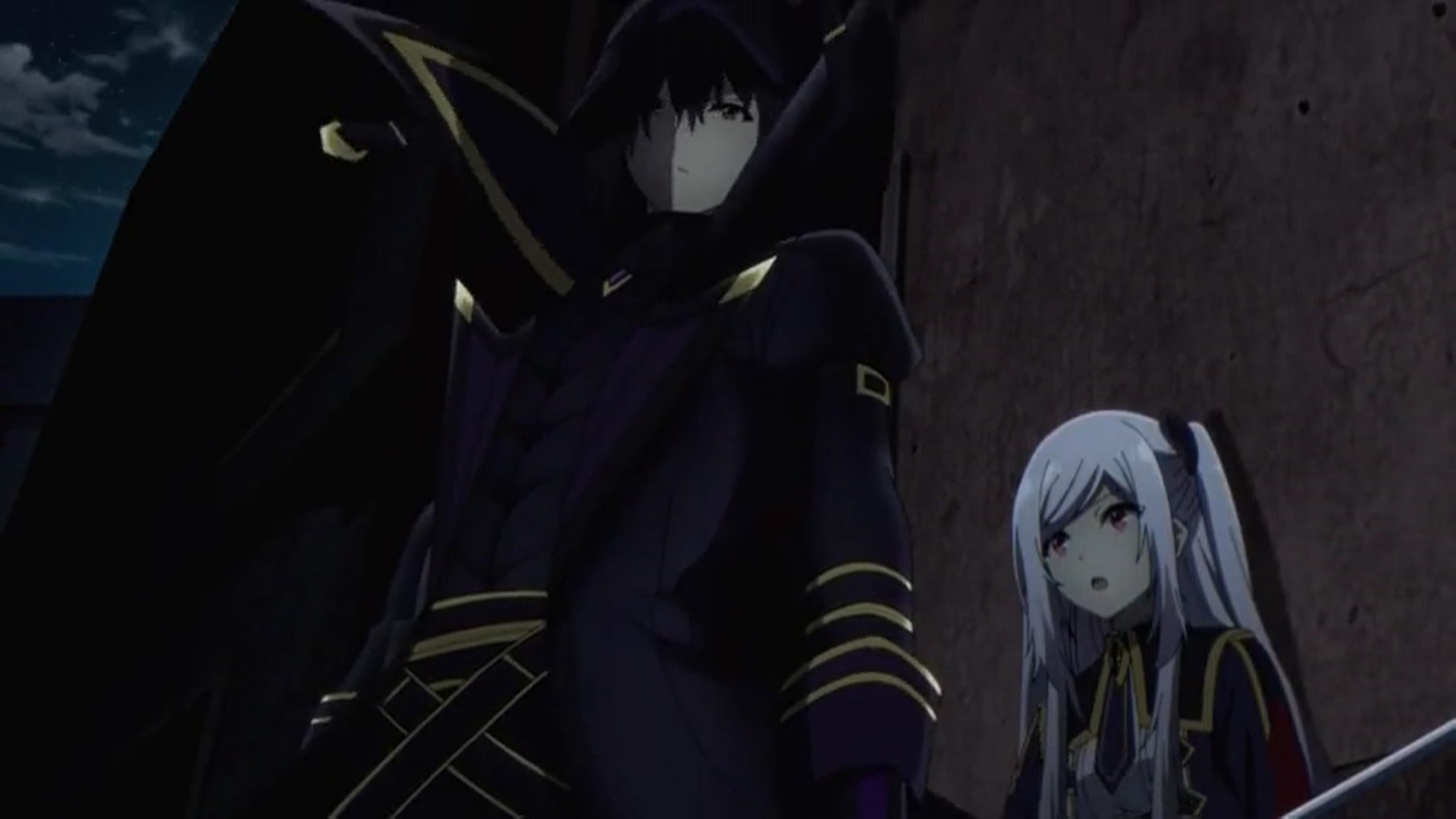 Iris tells her sister that her accounts match with other reports and that the Shadow Garden definitely possesses extraordinary combat abilities. Alexia opines that they have been fighting against the Cult of Diabolos. However, she appears confused whether to judge both group in the same manner. When she asks Iris who is their enemy, her sister does not hesitate even once to inform her that both of them currently are seen as a threat.