The Eminence in Shadow Episode 8 Recap and Ending, Explained 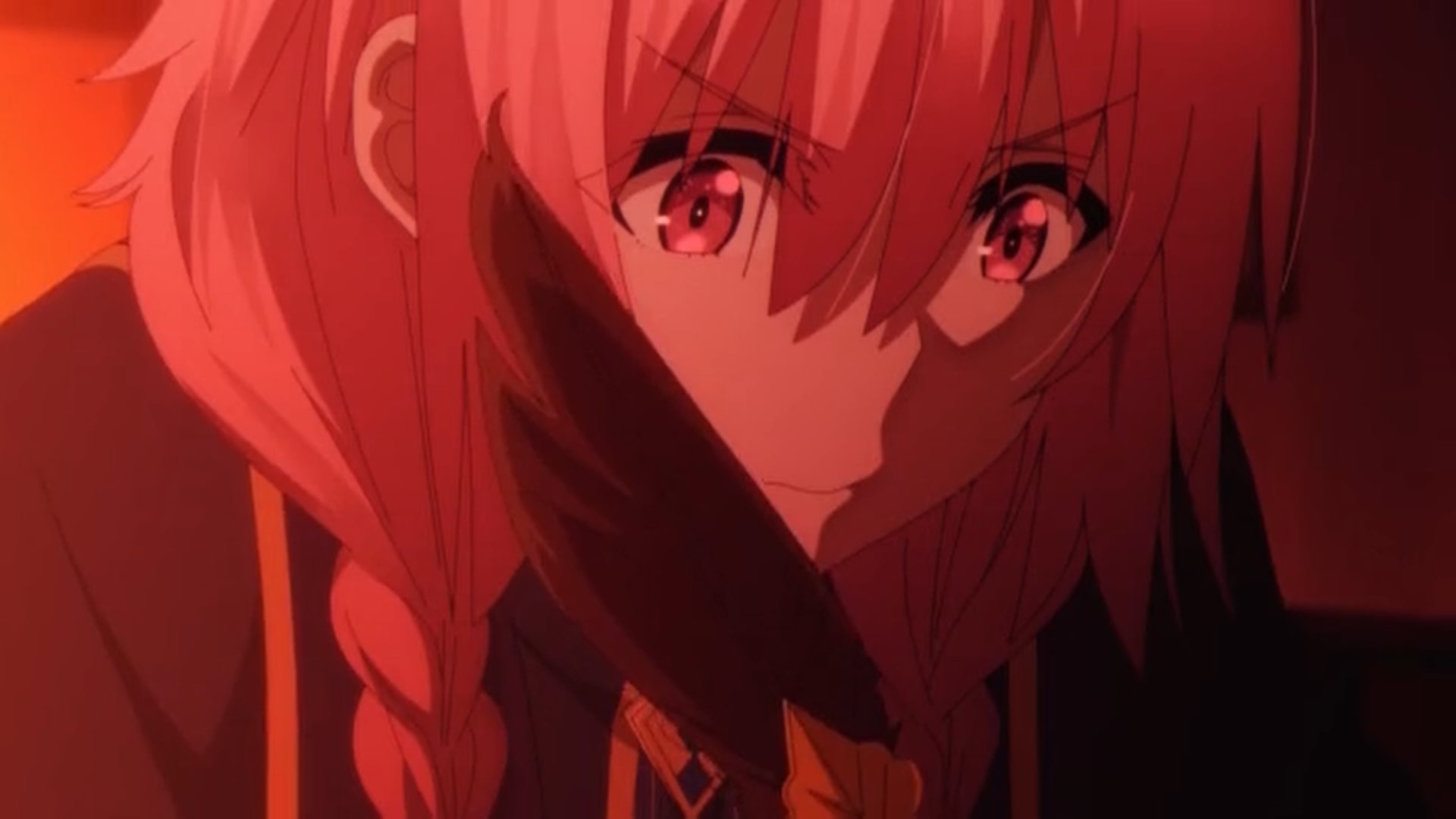 In ‘The Eminence in Shadow’ or ‘Kage no Jitsuryokusha ni Naritakute!’ episode 8 titled ‘Dark Knight Academy Under Attack,’ the terrorists move the students to the auditorium and starts looking for the artifact that Sherry has been studying lately. Although they get to her, two members of the Crimson Order sacrifice their lives to ensure her safety. From here on Cid keep an eye on her and kills every terrorist that comes in her path. Here’s everything you need to know about the ending of ‘The Eminence in Shadow’ episode 8. SPOILERS AHEAD!

The Eminence in Shadow Episode 8 Recap

After Cid is attacked he falls into Rosa’s arms, who starts crying looking at him in his terrible state. She recalls the fight they had in the Bushin Festival and feels that he probably cared deeply for her. Cid then appears to take his last breath in her arms. The terrorists force every student in the academy to go to the auditorium, where they closely monitor them. Meanwhile, Cid finally wakes up when he is all alone. It turns out that he can stop his heart from beating and manage to still stay alive by controlling the flow of blood to his brain. He then starts monitoring the situation from the terrace and decides to play with the terrorists. 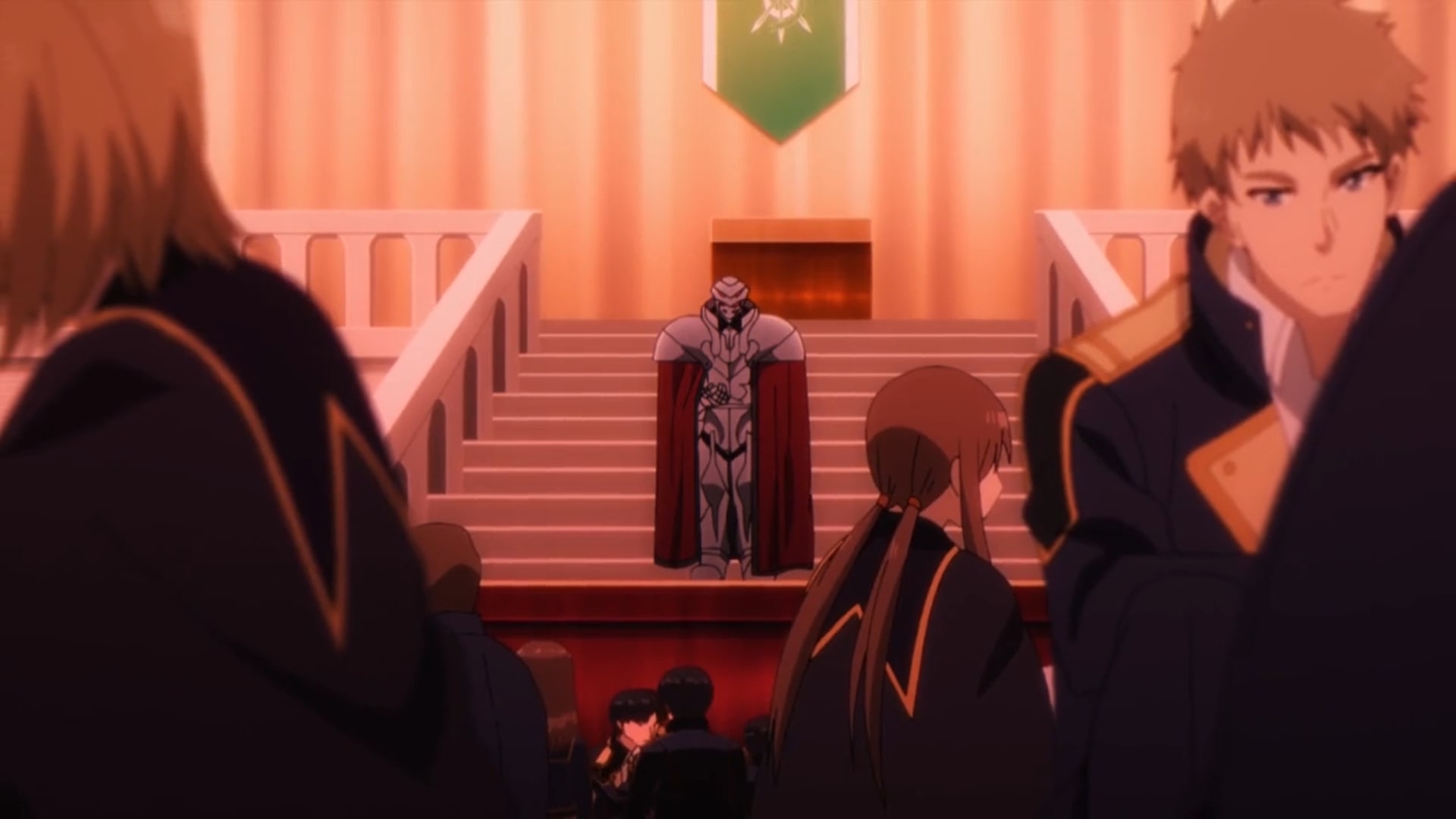 Cid uses his powers to shoot several of them in their head while remaining hidden like a sniper. By this time, some of the terrorists looking for the artifact that Sherry has been studying manage to get to her room. As they are about to steal it from her, two members of the Crimson Order come to her rescue and start resisting the terrorists. This gives Sherry a small window of opportunity to escape.

Unfortunately, the Crimson Order soldiers can’t use their magic so they are no competition for their enemies. Luckily, Cid sees Sherry running in the corridor as she avoids getting noticed and he ensures that he keeps killing all the terrorists in her path. He eventually meets her when she is about to fall down the stairs and the two then go to the Assistance Principal’s room to discuss the situation.

The Eminence in Shadow Episode 8 Ending: What is the Eye of Avarice?

The Eye of Avarice is a device that can absorb magical energy from magical tools along with any Dark Knights that come in its range. However, it can only store the power for a temporary time period. Its efficiency is rooted in the fact that the user can set specific magical frequencies that they don’t want the Eye of Avarice to absorb. Because of this reason, the terrorists were able to use magical energy in their attacks even though they used the device to stop everyone else from shaping their power. 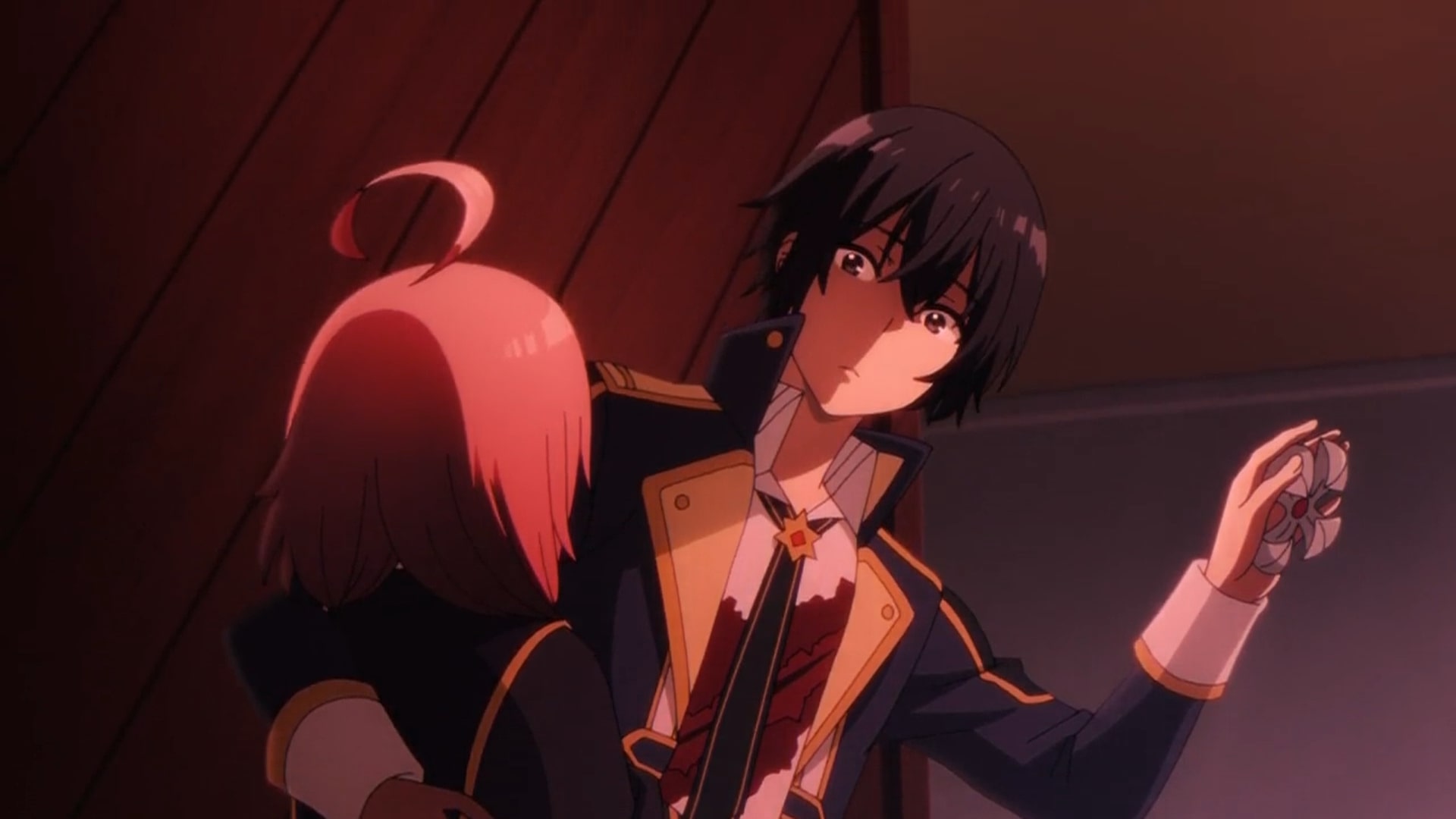 But there is a limit to the potential use of the device as it cannot absorb magical powers that exceed its limits. However, Sherry opines that no one alive is capable of using that sort of energy. The danger of the Eye of Avarice lies in the fact that once it has absorbed as much magical energy as it can, it then releases all of it with a huge blast that is capable of destroying the school. Since the terrorists have kept all of the captives or Academy’s Dark Knights in one place in the auditorium their plan appears sinister.

It turns out that the artifact that Sherry has been studying lately is the control unit for the Eye of the Avarice. The latter was supposed to be used with the former as that would allow long-term storage of magical energy that can potentially have countless applications. However, the artifact still needs to be fine-tuned and Sherry, unfortunately, forgot all her tools in her study room while running away. Therefore, Cid volunteers to bring it back so that they can stop the terrorists.

How Does Cid Plan to Stop the Terrorists?

Sherry plans to use the artifact to stop the terrorist by bringing it closer to the Eye of Avarice. She tells Cid that there are tunnels under the ground that could provide them access to the auditorium. While he is impressed, Cid believes that her plan is not perfect but decides to play along. He goes to collect the tool and kills the terrorist who has previously tried to attack Sherry in her study room. When he finally reaches her room, he finds Nu there taking cognizance of the situation. 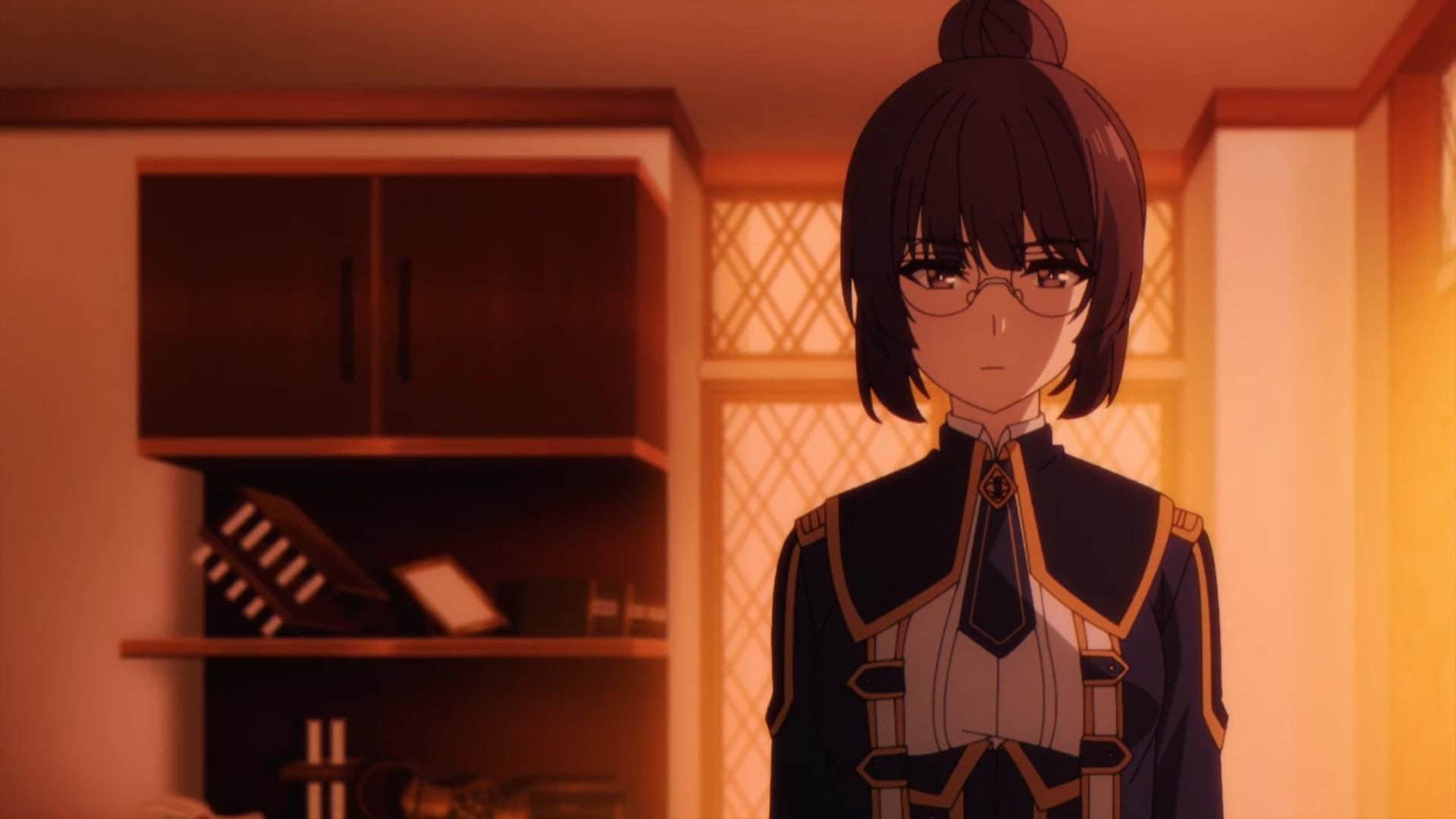 Nu reports that the members of the Shadow Garden are already on the ground and are awaiting his orders. However, Nu adds that because of the Eye of the Avarice, they cannot operate as efficiently as they usually do. Meanwhile, Cid is confident as he plans to get the artifact fine-tuned so that the terrorist can no longer hinder the magical abilities opening a chance for them to fight back. So, the Shadow Garden will wait in the meantime for the right opportunity to strike.