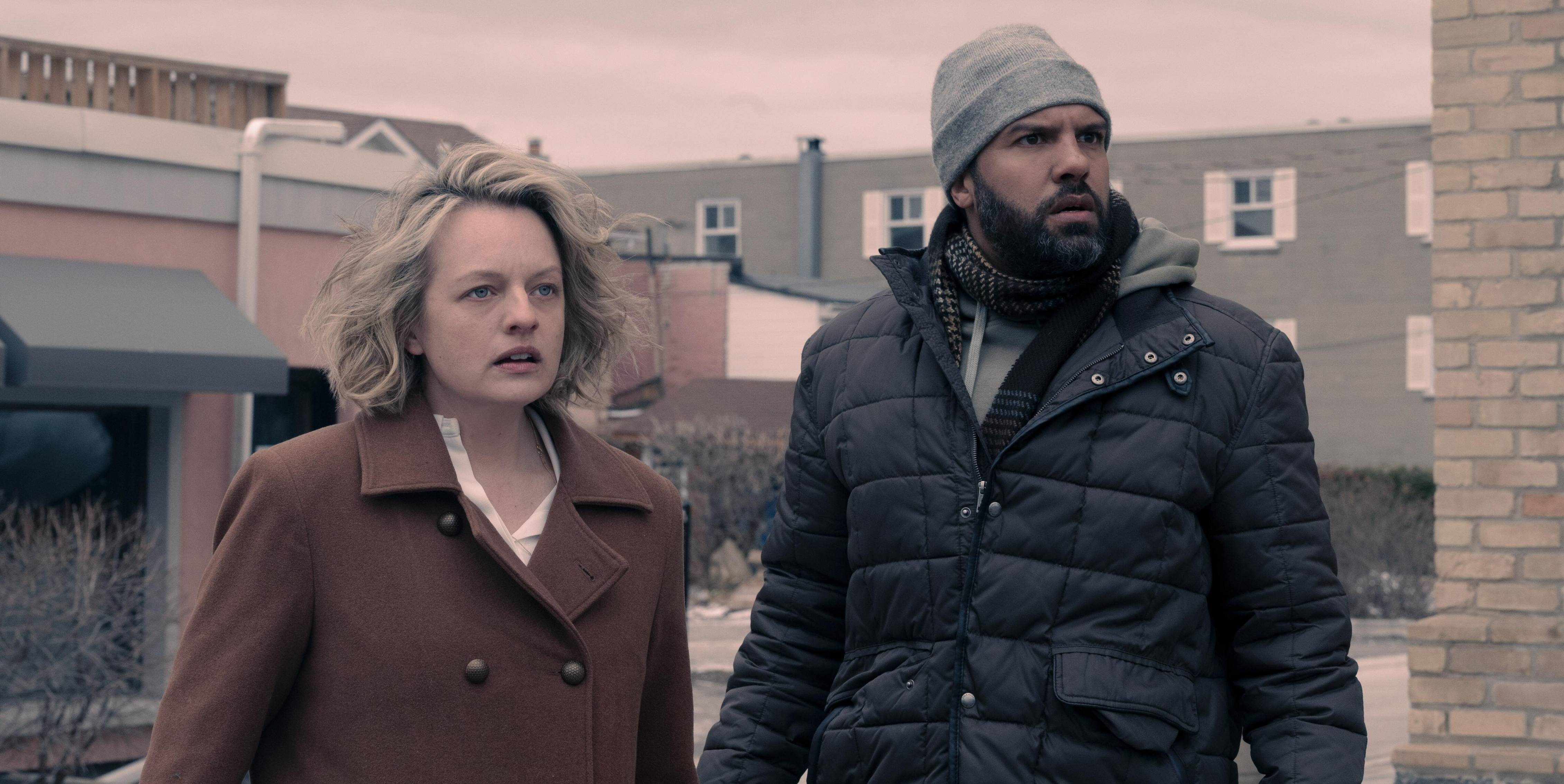 The seventh episode of Hulu’s dystopian series ‘The Handmaid’s Tale’ season 5, titled ‘No Man’s Land,’ follows the delivery of Serena Joy Waterford. While fleeing from the Wheelers with June Osborne at her gunpoint, Serena starts to have contractions at regular intervals. June tries her best to make her “enemy” comfortable as Serena prepares to give birth to her son. Serena and June form a surprising bond as the latter tries to protect the former and her son. The episode ends with Serena and her son’s fates hanging by a thread and here’s everything you need to know about the same! SPOILERS AHEAD.

‘No Man’s Land’ begins with Serena holding June at gunpoint and asking her to drive. When June asks her about the destination, Serena fails to answer. Meanwhile, she also struggles with her contractions, gaining the attention of June, who crashes the car in a ditch by the road. June lets Serena know that they need to get to a hospital as soon as possible for the safe delivery of the latter’s baby, only for Serena to inform June that the Wheelers are after her. June then takes the pregnant woman to a barn for the delivery.

June thinks about her days in Gilead, especially when a fellow Handmaid was preparing for her delivery. June joined other Handmaids, who surrounded the pregnant Handmaid, to pray for their sister under the guidance of Aunt Lydia. Serena, who was present at the place to see the newborn, looked at June, who was then Offred. The pregnant Handmaid’s condition worsened, forcing a cesarean delivery, which also killed the mother. As June’s thoughts wander through her memories of her Gilead days, Serena starts to give birth to her son. June helps Serena and the latter finally gives birth to a baby boy. She names her son Noah.

Serena starts to think about how Noah will struggle to survive since her son since she doesn’t have a home in Canada or Gilead. Since the Wheelers are after her, she fears that the potent family will find her and take her baby away. To avoid the same, Serena asks June to look after Noah for her. She expresses how her son will grow to become a good person under the watch of June and Luke, who are good people. Serena doesn’t want Noah to become another version of his father Commander Fred Waterford. June tells Serena that Noah deserves his own mother and extends her support to look after them.

The Handmaid’s Tale Season 5 Episode 7 Ending: Why is Serena Detained? What Will Happen to Her and Noah?

After Serena’s delivery, June takes her and Noah to a hospital. Meanwhile, Lucas “Luke” Bankole returns to Canada as Ryan Wheeler’s men leave him at the border. He informs Canadian immigration officers that Serena is an undocumented immigrant since she has given up her diplomatic visa upon settling in at Gilead’s information center. Serena will be taken to a detention center while the Child Protection Unit is expected to take Noah under their custody. Serena may get deported to Gilead with her baby if the officers follow the protocols but it may not be necessarily the case.

Considering the influence and authority of Ryan Wheeler, his involvement in the predicament is a possibility. Ever since Serena’s arrival in the Wheelers’ mansion, Ryan and his wife Alanis Wheeler have tried to detain her in their home, seemingly treating Serena as their Handmaid. Since the couple doesn’t have any kids, they must be eyeing to take Noah away from Serena. Considering that the government is involved in Serena’s case, Ryan may get notified of the same and he may try to separate Noah from Serena.

Since Noah may have jaundice, Ryan possibly will create a narrative that the baby boy has succumbed to the condition so that he can take Serena’s baby to his household as his son. Considering that Serena is expected to be banished to Gilead without any allies in Canada to help her, she may not be able to resist or stop Ryan from destroying her life by taking her baby away from her. Ryan may succeed in executing such a plan if June doesn’t intervene. After Serena’s delivery, June has assured her that she will protect her and her baby and she may try to fulfill her promise by stopping Ryan from laying his hands on Noah.

As a mother who has lost her daughter, June knows Serena’s agony. Separation from one’s own child is something June may not even wish for her worst enemies. Thus, she may try to take Noah from the hospital to her home or any other safe place before Ryan manages to take the baby to his family.

Read More: Why Does Emily Go Back to Gilead? Did Alexis Bledel Leave The Handmaid’s Tale?