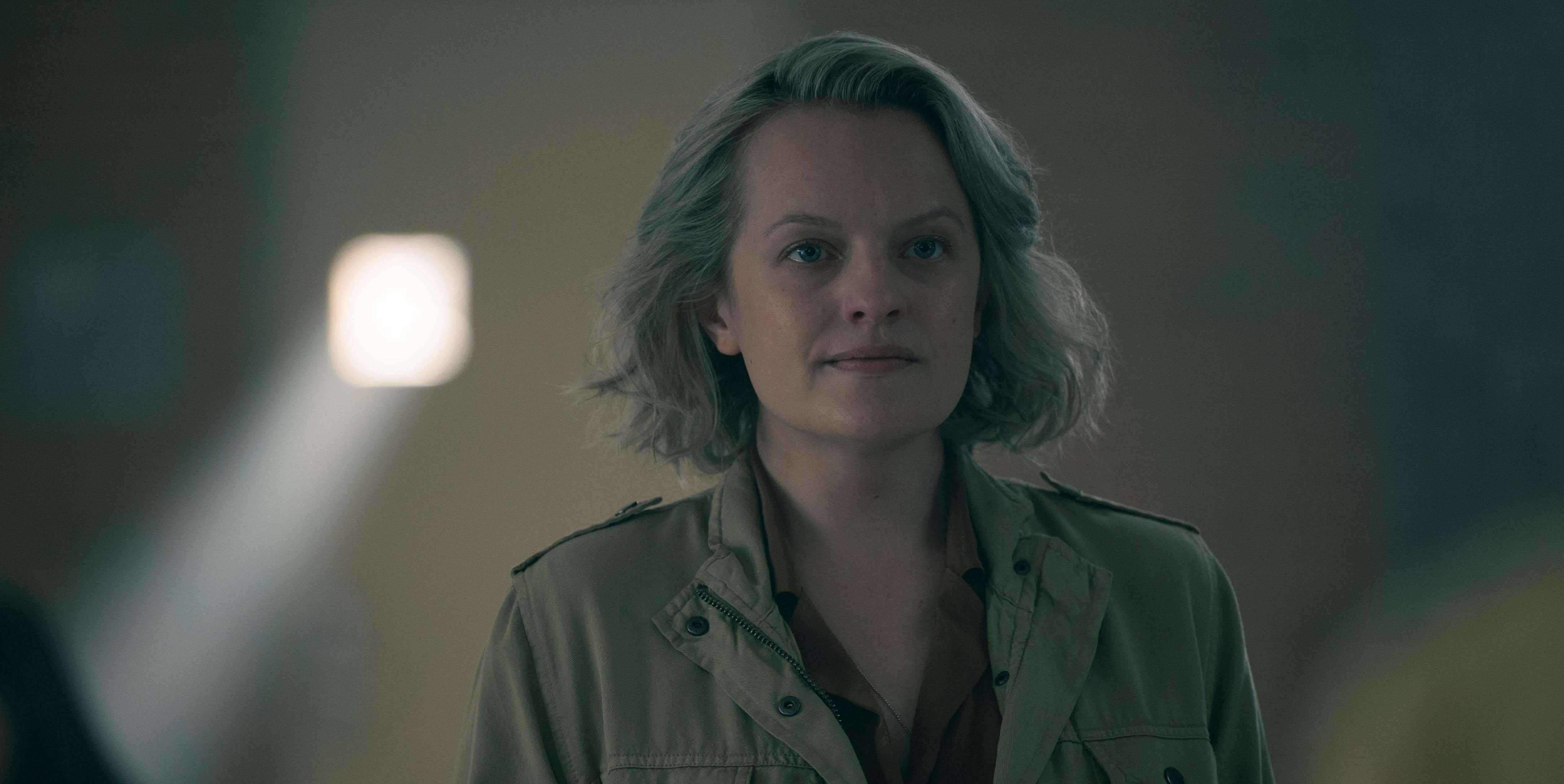 The eighth episode of Hulu’s dystopian series ‘The Handmaid’s Tale’ season 5, titled ‘Motherland,’ follows Commander Joseph Lawrence’s efforts to implement his “New Bethlehem” mission after eliminating Commander Warren Putnam’s opposition by killing him. He meets June Osborne and invites her to move to New Bethlehem to become the face of his reformations. Serena Joy Waterford is at the immigration detention center, away from her baby Noah. Mark Tuello tries his best to help June and Lucas “Luke” Bankole by finding out pivotal information that concerns the couple. The intriguing episode ends with significant developments concerning the future of June and Serena. If you are up for a detailed look at the same, you are at the right place! SPOILERS AHEAD.

‘Motherland’ begins with Serena calling June several times from the immigration detention center seeking a way out of the place. Luke makes June ignore the same. Lawrence and Commander Nick Blaine explain the need for New Bethlehem, an island under the sovereignty of Gilead but with relaxed rules, to appeal to the global community. Lawrence seeks to convince the United Nations that Gilead can open its doors also to people who seek liberty. He leaves for Toronto to invite the families of people who escaped from Gilead to New Bethlehem. Alanis Wheeler visits Serena at the immigration detention center to take her breast milk back to Noah.

Lawrence meets June and explains his New Bethlehem scheme to her. He wants June to be the face of the same since she is the representative of all the Gilead immigrants living in Toronto. The commander explains that the settlement is his way of undoing the mistakes he committed by being the “engineer” of Gilead. He is expecting Gilead to transform to become a nation where girls like Nichole won’t be forced to marry at the age of twelve and for him, New Bethlehem is the first step to the same. June is open to considering moving to New Bethlehem but she wants Hannah to not get married to a man twice his age. The commander fails to promise her the same but he sends her a video of Hannah, alive and well.

Lawrence meets Serena at the detention center and promises to get her out of the place. The commander lets her know that she will need to stay with the Wheelers since Gilead needs to project an image of Serena living in an appealing household. She lets him know that she cannot return but Lawrence doesn’t have any alternatives for Serena. He also appoints Nick as the commander-in-charge of New Bethlehem since he needs a close ally to protect and govern the settlement. Lawrence also expresses how he believes June and Nichole will end up on the island for Nick to reunite with his daughter and the second woman he loves.

The Handmaid’s Tale Season 5 Episode 8 Ending: How Will Mark Rescue Hannah From Gilead? Will June and Luke Reunite with Their Daughter?

When June receives a video from Lawrence that shows Hannah well and alive in a wives’ school, Luke and Moira Strand contact Mark to find out when and where the video was taken. By finding out the same, Mark discovers Hannah’s location, giving June and Luke hope. Mark may prioritize rescuing Hannah while the United States raids Gilead with a military force. Using the information June has given him about Gilead, the United States government has been planning a military attack for a long while and Mark may be able to make use of the same to rescue Hannah from Gilead.

Mark wants to prevent June from returning to Gilead, by moving to New Bethlehem, regardless of what it takes to do the same. He knows that June represents each and everyone who has managed to escape from Gilead and has been suffering under its totalitarian regime. If June moves back to Gilead, it will be considered a win for the totalitarian regime, increasing the nation’s appeal in the global community. If that happens, Gilead may easily replace the United States in the United Nation. If the United States wants to prevent that, rescuing Hannah may become a necessity and Mark may get any permission needed to use American forces to save June’s daughter.

If Mark succeeds in fulfilling his plan, June and Luke may reunite with Hannah soon. But if Mark fails, the chances of the couple’s reunion with their daughter most likely will stoop to an all-time low. Over the years, June has considered Lawrence and Nick as her last resort to save Hannah. If Mark attacks Gilead and fails to rescue Hannah, Lawrence and Nick may disassociate with June for helping their enemy. She may lose her connections altogether, closing doors for Hannah’s escape.

If June’s efforts to reunite with Hannah reach such a stage, moving to New Bethlehem may become the only for her to meet her daughter again. If that happens, Luke may need to reconsider his decision and accept moving to the island if he wants to be with Hannah.

Will Serena Kill the Wheelers?

After arriving at Ryan and Alanis Wheeler’s house, it doesn’t take long for her to realize that the couple is considering her as a Handmaid. Her intuitions get proven right when they “steal” Noah from her. Alanis even proclaims that Serena will never be fit to be a mother again and the couple allows her to stay in their house only as a “breastfeeding machine.” As far as the Wheelers are considered, Alanis is Noah’s mother and she will be the only one who will be performing and fulfilling motherhood duties. Since the Wheelers don’t even allow Serena to take care of Noah, except for breastfeeding him, she will try her best to kill the Wheelers.

Before returning to the Wheelers’ mansion, Serena meets June and asks her how she will stay with the same people who had stolen her baby. June, from her experience, asks Serena to act like their Handmaid, plotting a way to rescue Noah and kill them. June makes it clear to Serena that she can only save his son if she is near him. Since Serena doesn’t have any influence, power, or control over anyone, she cannot seek external help to rescue Noah. Even Lawrence refrains from helping her to rescue her son. All he does is make arrangements that will help her stay in the same mansion as her son.

Thus, killing the Wheelers may turn out to be the only way to rescue Noah. Serena doesn’t have anyone in the world other than him. The only factor that makes her live is Noah. If she cannot be his mother, she is as good as dead. Therefore, she may not think twice about killing the Wheelers and running away with Noah. Since June also makes it clear to her that the former is not her friend to help her in any way, Serena is fighting the battle for her son all alone and she most likely will go to any lengths to win the same. If that’s the case, the Wheelers may need to kill Serena to save themselves from death before she implements her plan.