‘The Handmaid’s Tale‘, an adaptation of Margaret Atwood’s novel of the same name, is one of Hulu’s most-watched shows that gained immense popularity in the cultural mainstream. This dystopian drama takes viewers to a post-apocalyptic era where a totalitarian regime controls the society and forces fertile women aka Handmaids to bear children. The first season of this series premiered on April 26, 2017 and the second season premiered on April 25, 2018.

Starring Elizabeth Moss in the lead role, ‘The Handmaid’s Tale’ takes its audience to the fictional, dystopic world after the second civil war. In this chaotic society, ruled by the totalitarian Gilead government, fertility rates have dropped and women have been reduced to mere slaves, leading a life of servitude, without having the liberty to read, work, or own properties. The last few remaining fertile women are called the Handmaids who are assigned to homes of wealthy families. Here, they are subjected to ritualistic rape so that they can bear off-springs for those men and their wives. June Osborne (Moss), renamed Offred, is a Handmaid in the home of Fred Waterford and wife Serena Joy. She previously had her own family and job, but now just follows the rules of the Giliad in the hope of reuniting with her husband and daughter again.

After its release, ‘The Handmaid’s Tale’ received wide critical acclaim and won eight Prime Time Emmy Awards for its first instalment and one Golden Globe Award. It returns for its third season on June 5, 2019. Now, if you have already watched the first two seasons and need some titles to fill that agonizing gap until the next episodes are released, then you can start right away with this catalog. Here’s the list of best shows similar to ‘The Handmaid’s Tale’ that are our recommendations. You can watch several of these series like ‘The Handmaid’s Tale’ on Netflix, Hulu or Amazon Prime. 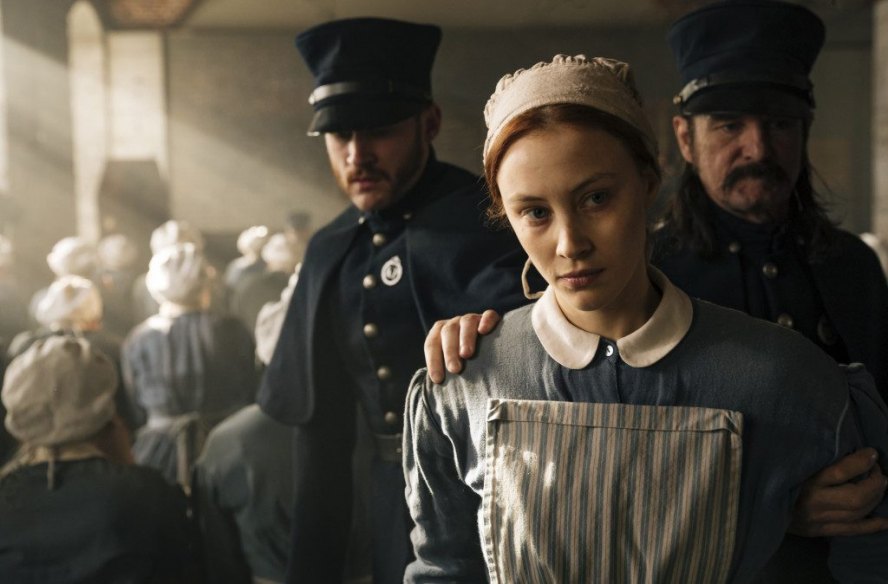 Another show based on Margaret Atwood’s novel with the same name, ‘Alias Grace‘ is a miniseries set in 18th century Canada. The plot revolves around the celebrated murderess Grace Marks, who has been imprisoned for the past 15 years on charges of murder. Now, when Dr. Simon Jordan is sent to the prison to do a psychiatric evaluation in order to gauge whether she is innocent or guilty, Grace is forced to recount her past: her migration from Ireland to Canada, her employment as a maid, and her version of the murders. Throughout the story, what keeps the viewer engaged is whether Grace is telling the truth or if she is just making up sections of the tale just to amuse the doctor. And when the events take a sinister turn, with Grace mixing wickedness and trickery in the plot, you are simply left guessing. You are the judge.

Why we recommend this show is because of the incredible performance of Sarah Gordon as Grace Marks. She is so brilliant that you can’t help but vouch for her that she is innocent. She brings in a mix of dread and sympathy in her acting, which is not only unique but incredibly apt for her character. Moreover, all of the six episodes of this show are successful in meticulously adapting the events from the novel, up to the last details. Now, here’s the final element that shall definitely compel you to binge watch the show right away! It is based on true events. Need we say more? Go, stream it now on Netflix! 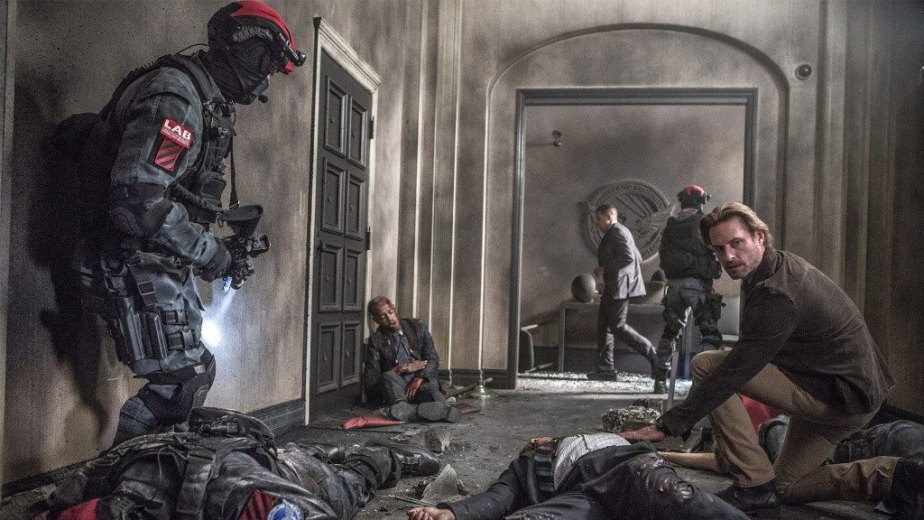 USA Network’s ‘Colony‘ is set in LA, a year after the Arrival, a catastrophic event after which the Hosts (extraterrestrial beings) took control of the city. On this day, several massive blocks fell from the sky, separating Los Angeles from the rest of the world. One particular huge rectangular block, which is 20 to 30 stories tall, several meters thick, and many miles long, surrounds the central part of LA, where the series unfolds. Now, the plot is mainly centered around this whole locality, which is termed the ‘Colony’ ,strictly controlled by the Authority who in turn serve the Hosts. This ruling class maintains their control over the general masses by separation of loved ones, shoot-on-sight curfews, forced disappearances, random checkpoints, frequent electronic identity checks, limitation of motor vehicle usage, slave labor, and electronic surveillance. Drastic measures include people with diseases such as diabetes, being deemed unfit for treatment and culled ruthlessly for population control.

Now, what makes ‘Colony’ so interesting is that the rule of the Hosts are implemented by normal humans. It gives a thoughtful insight and social message about this world, whose inhabitants are willing to compromise all their morals just for the sake of survival and comfort. Humanity at its worst! You can watch this series on Netflix. 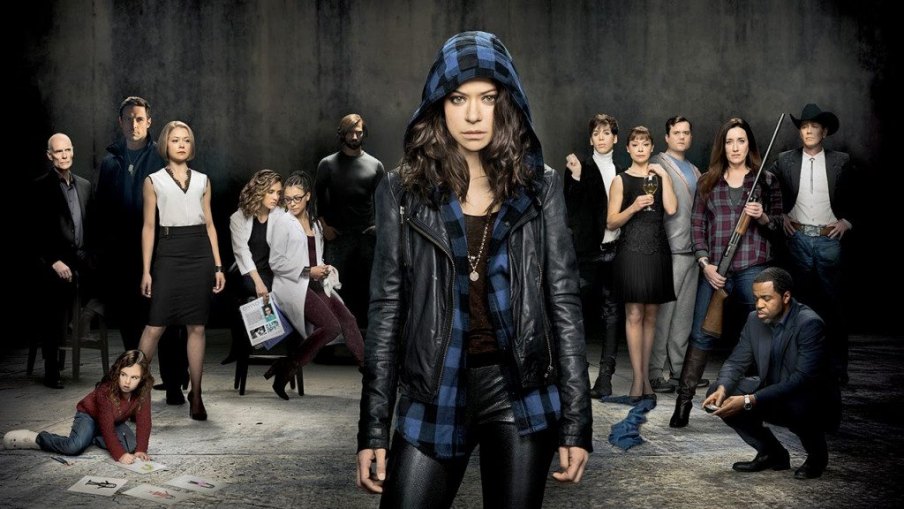 ‘Orphan Black’ delves into the same topics as shown in ‘The Handmaid’s Tale’, which include child bearing issues, reproductive rights, and a struggle of the characters against higher, powerful, and sinister forces. Resembling Atwood’s creation in several aspects, this show is set in the modern era and follows a young woman who discovers that she’s one of the members of a group of lab-grown clones. As she explores her origins further, her search leads her to uncover deep conspiracies and twisted agendas. Dark and engaging, this show is definitely a must-watch for fans of bleak, intriguing dramas. 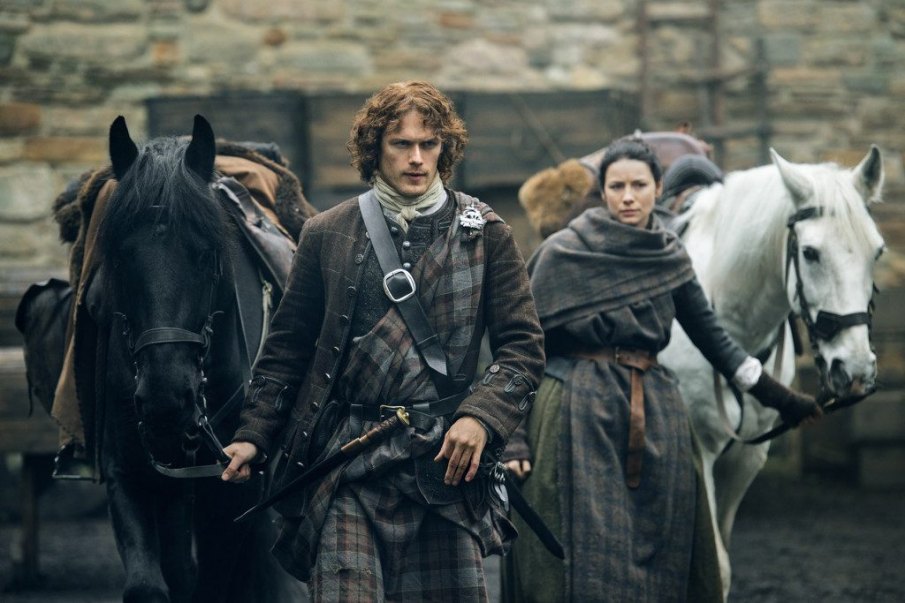 An adaptation of Diana Gabaldon’s novel of the same name, ‘Outlander‘ is a period drama, based on time travel, that features loads of action, war, and romance. Progressing at an even pace, this show revolves around Claire, who calmly transitions between two time periods. Although the series has its own moments of twists and turns, along with unpredictable tragedies, you shall be amazed with the unswerving attitude of Claire when she tackles these situations. Therefore, if you are looking for another show like ‘The Handmaid’s Tale’, which features a strong female protagonist and sudden plot switches, then this should be your go-to title. 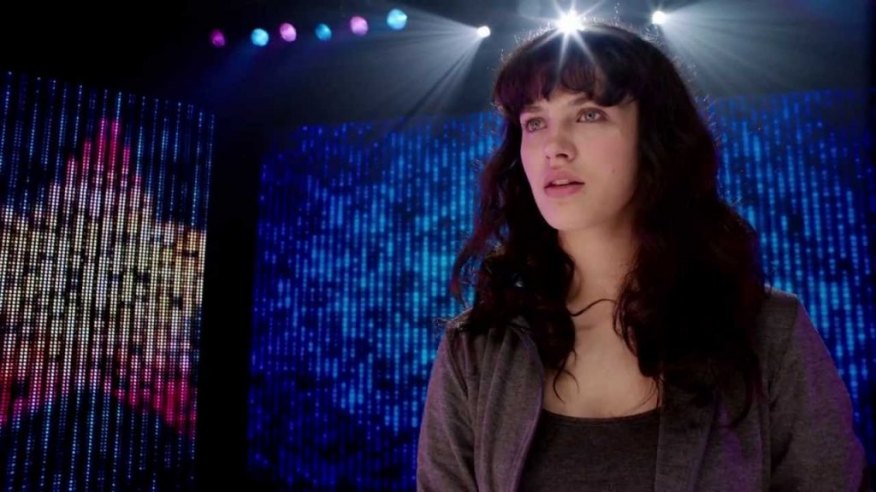 One of the grittiest shows that delves deep into dystopian chaos, ‘Black Mirror‘ is an anthology series which tells a separate story in each episode. Most of the tales begin on a normal note, only to conclude with a harrowing nightmare toward the end. Packed with sinister plots, consistent performances, and a satirical undertone, ‘Orphan Black’ takes us to a post-apocalyptic near future, which is filled with darkness and horror. And do you know what’s the most dreadful thought that the show instills in our minds? The rate at which humanity is degrading, many of these incidents might actually be possible in the near future. Give it a watch and you shall know. 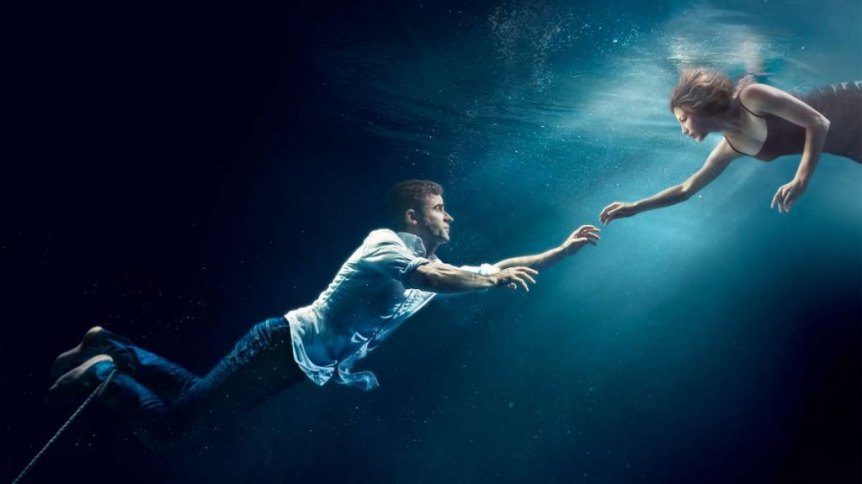 Offering an optimal blend between sadness and joy, ‘The Leftovers’ is based on pure imagination, of course. But still it’s so relatable and believable. The story goes like this. When 2% of the world’s population vanishes 3 years after a certain apocalyptic event (The Sudden Departure), their close ones have to face the fact that they are never coming back. Bleak, emotional, and extremely sensitive, ‘The Leftovers’ also brings in hope in the midst of tragedy. Confused? Well, experience it yourself and you will know what we are trying to say here. 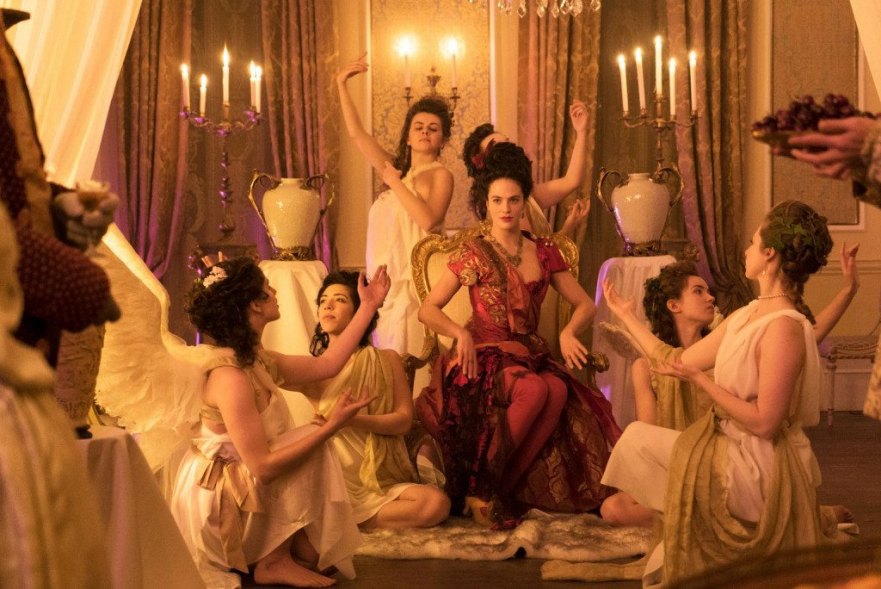 Enough of talking about shows where men are in charge and women are the victims. Welcome to 18th century London, where two side-by-side brothels engage in manipulation and brain tactics to gain the greater share of the client market. Well, ‘Harlots’ is just like the ‘The Handmaid’s Tale’ with the genders reversed. Packed with loads of of drama, revenge plots, blood baths, and tons of nudity, this compelling show is a must-watch for its detailed characterizations and intense story arcs. 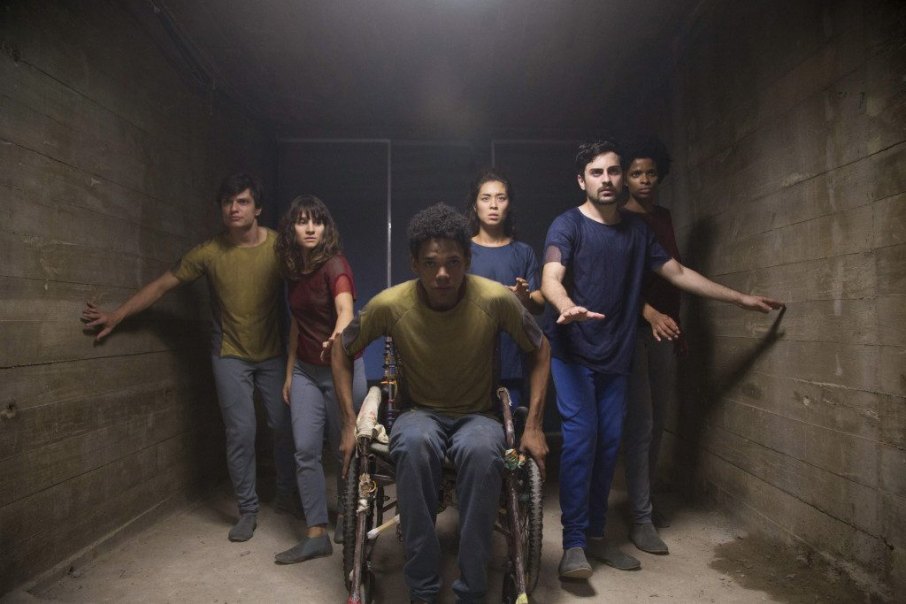 Coming back to dystopic shows again, our next pick is the Portuguese series, ‘3%‘. In the distant future, the majority of the human population lives in the impoverished ‘Inland’, with the elite class living in the ‘Offshore’. Annually, there is a series of tests that gives a 20-year-old a chance to enter the island paradise by taking a series of tests. The plot mainly centers around Michele, a naive new entrant in Offshore, who has a strong sense of justice. What makes this show stand out from other titles in the genre is its fresh, uplifting approach to the conventional depressing formula.

A four-part British TV series, ‘Cold Lazarus’ takes us to an artificial, synthetic Britain ruled by US oligarchs. Obviously, there’s a secret resistance group which is formed in order to battle this domination of technology. In this endeavor, when they try to mine the frozen head of a 20th century for information, he suddenly becomes aware of his surroundings. Weird, racy, and highly intriguing, ‘Cold Lazarus’ gives us a view of what the society might actually be heading to at this rate. 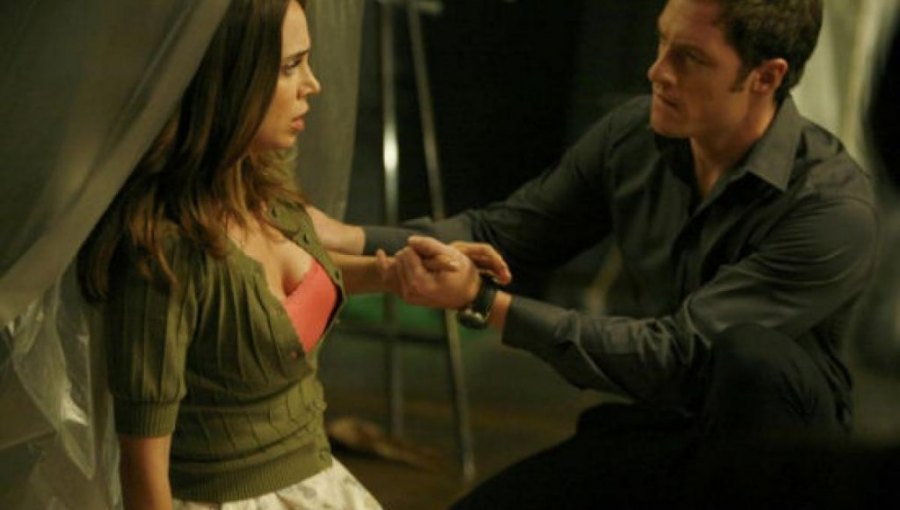 Again dealing with the subject of female servitude and objectification, ‘Dollhouse’ revolves around a secret facility which rents “dolls” to be used for the pleasure of wealthy men. But when ‘Echo’, one of the dolls, starts remembering bits and pieces of her past, she begins searching for her true identity. 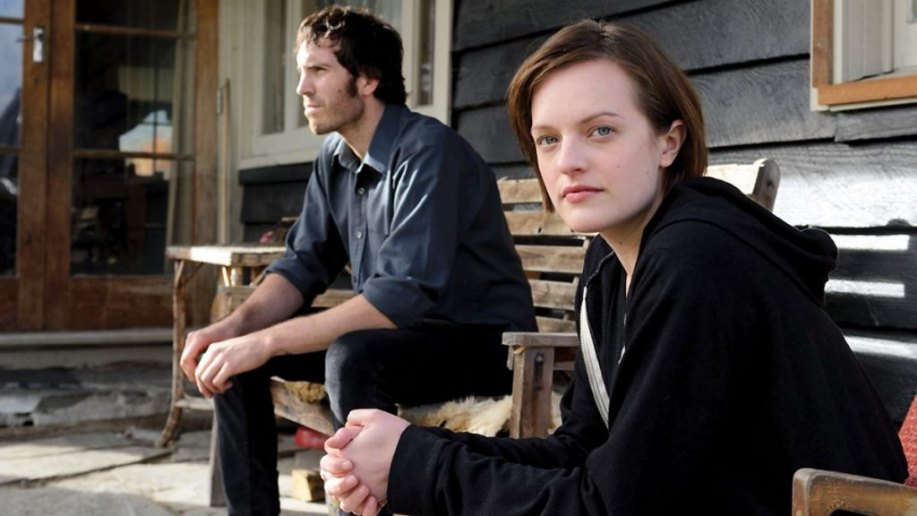 If you want to see more of Elisabeth Moss, then check out this crime drama series. ‘Top of the Lake’ stars Moss as Detective Robin Griffin, who is called in to investigate the disappearance of a pregnant 12-year-old girl in Laketop, New Zealand. Beautiful, riveting, and mysterious, this show is a skillfully created masterpiece. 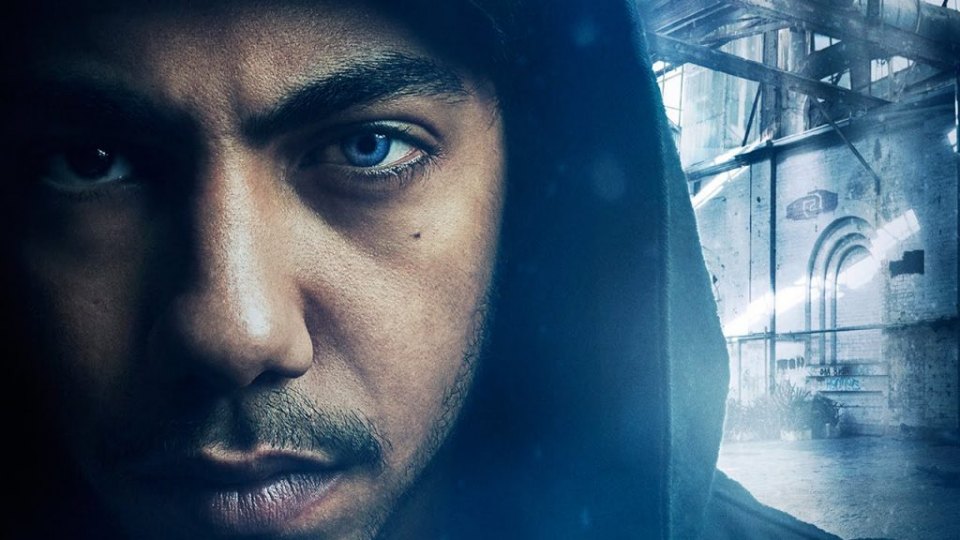 Featuring an ensemble cast, ‘Cleverman‘ is a futuristic drama, rooted in Aboriginal mythology. Mythical beings known as the Hairy People, who are extremely powerful, fast, and live for several years, seek refuge among humans. But the latter try to exploit and destroy them. Now when a series of murders threatens the population, the warring parties have to rely on the young Koen aka Cleverman who is gifted with incredible powers and is the only superhero who can bring lasting peace to the world. 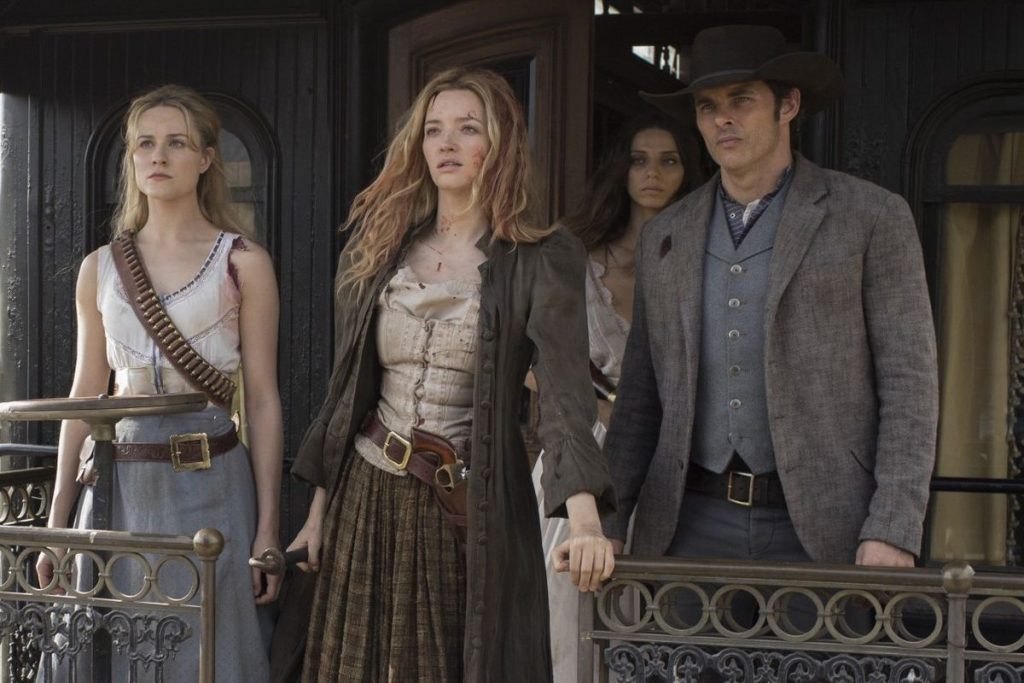 ‘Westworld‘ is based on the 1973 film of the same name and revolves around a fictional amusement park (resembling the Wild West) home to ‘hosts’, which are androids programmed to follow the whims of the park’s visitors. However, when these robots start malfunctioning, all hell breaks loose. Packed with mystery, drama and violence, ‘Westworld’ is surely a must-watch from the catalog of dystopian shows. 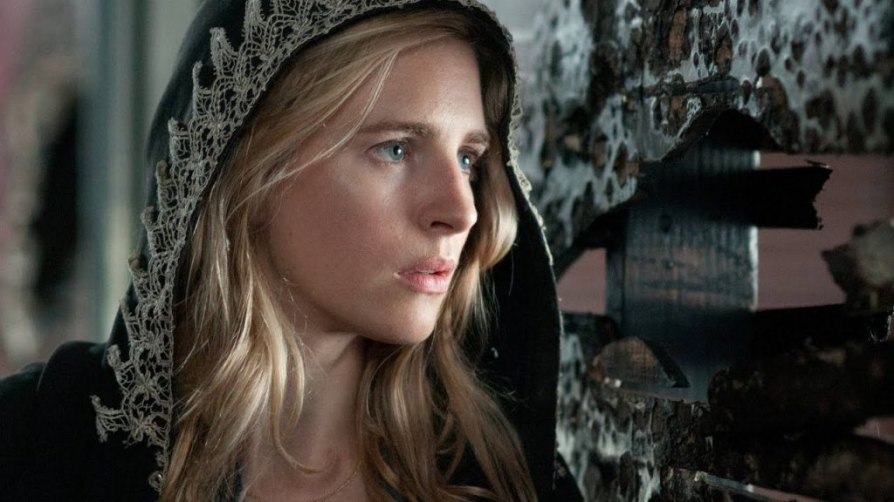 Equally mysterious and intriguing like the ‘Handmaid’s Tale’, ‘The OA‘ tells the tale of Prarie who returns after having disappeared for seven years. Moreover, she was blind when she went missing. But now she can see and calls herself the ‘OA’. Combining science fiction, supernatural and fantasy elements, this show makes for a mind-bending watch. 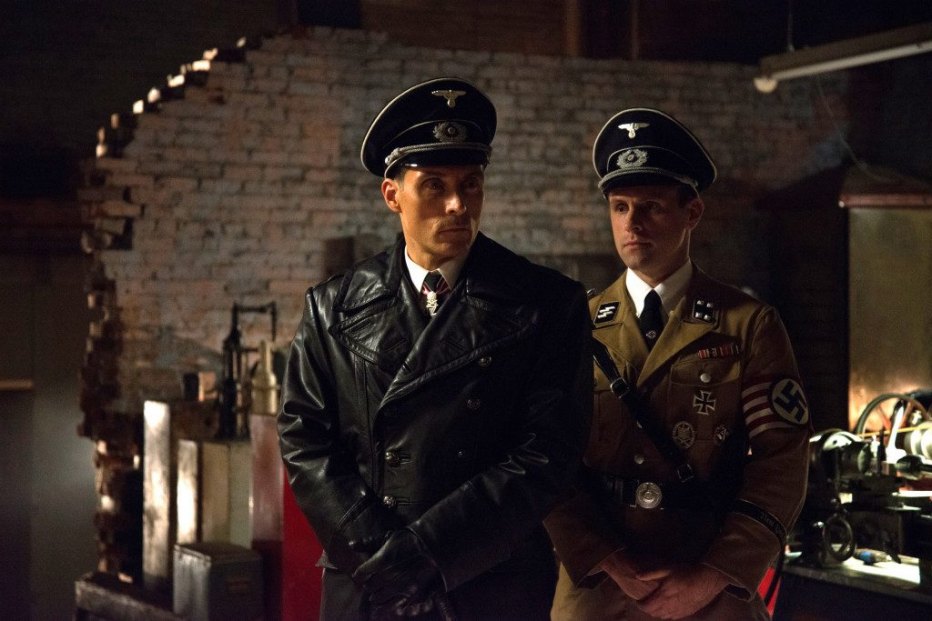 Bringing a new approach to dystopic themes, ‘The Man in the High Castle‘ doesn’t take you to a dystopic future, but instead dwells in dystopian alternate history. The plot is set in the world after WWII when the US is divided into two parts, the Greater Nazi Reich and the Japanese Pacific States. The series which airs on Amazon Prime brings something unlike anything else on TV, accompanied with an engrossing plot, controlled by extremely well-written characters. 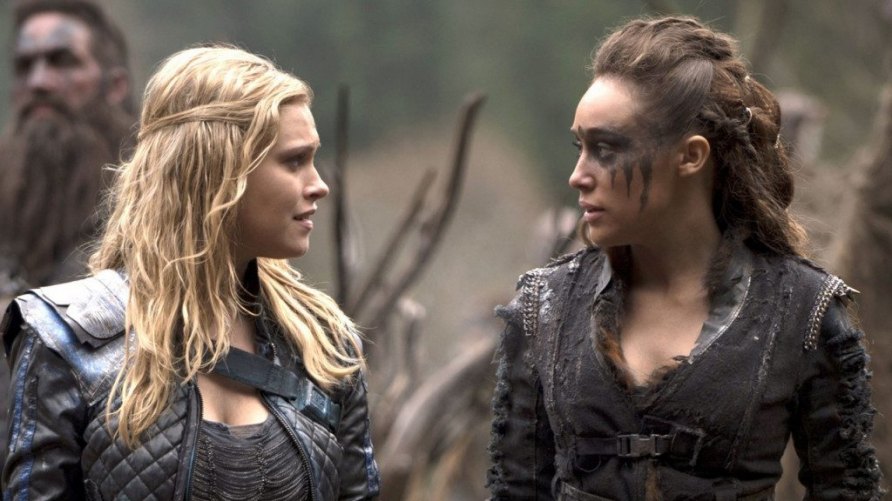 Based on Kass Morgan’s novel of the same name, this TV show is set 97 years after an apocalypse wipes out almost all of the human populace. The remaining people live in a space station called The Ark. However, with The Ark becoming overpopulated, 100 young prisoners are sent back to earth in order to check if the planet is still habitable. On their quest, they find that not everything was wiped out during the holocaust and there are some factions still living in some parts of the world. As the 100 embark on a struggle to survive in these desolate conditions, they make repeated attempts to re-establish communication with The Ark. Maybe, ‘The 100‘ is less rooted in reality as compared to ‘The Handmaid’s Tale’, but that does not make it any less gripping.