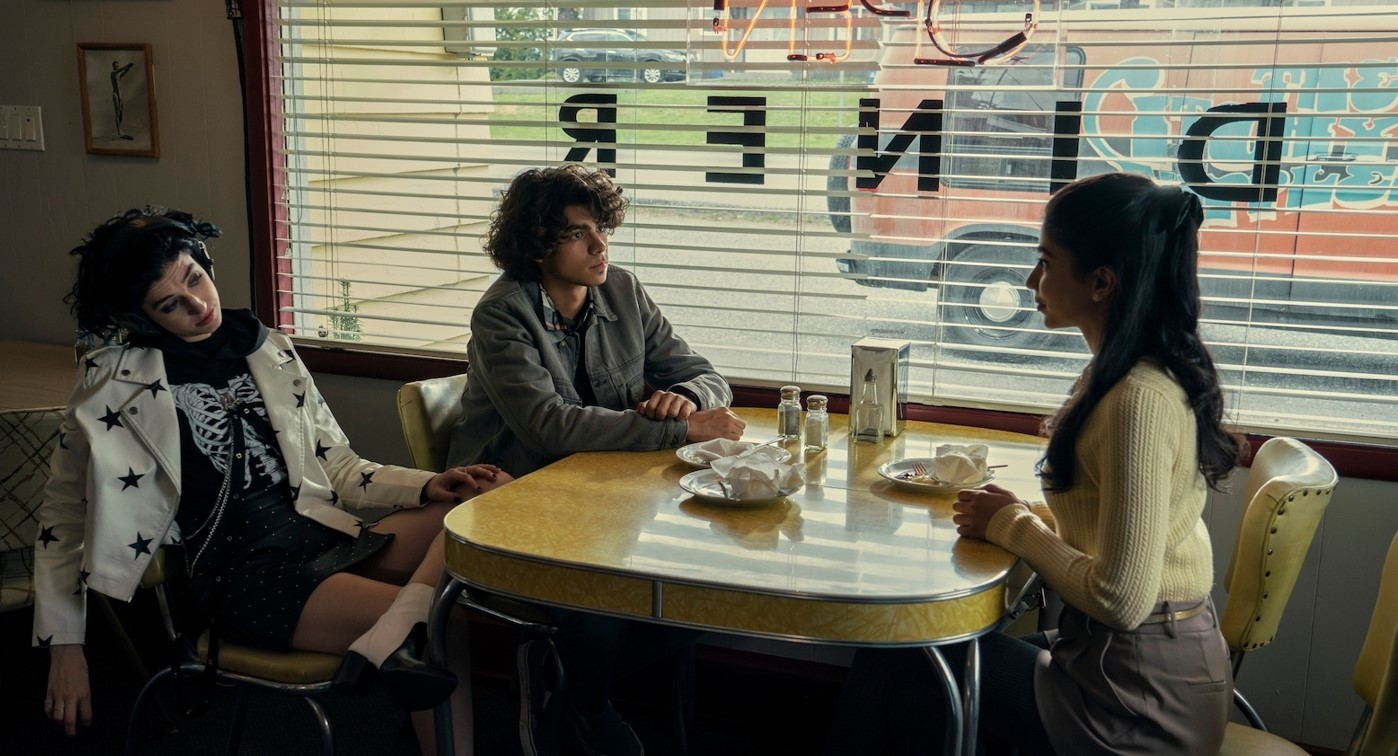 Created by Dennis Heaton and Shelley Eriksen, ‘The Imperfects’ is a Netflix science-fiction series. The plot revolves around three young adults — Tilda Webber (Morgan Taylor Campbell), Abbi Singh (Rhianna Jagpal), and Juan Ruiz (Iñaki Godoy). After learning that a deranged scientist has altered their DNA, giving them unique powers, Tilda, Abbi, and Juan embark on a perilous and desperate journey to find the said scientist in the hopes of a cure. On their way, they encounter diabolical researchers who want to harvest their DNA and other people with odd powers. They also realize that a shadowy government organization called Flux is after them. Here is everything you need to know about the ending of ‘The Imperfects’ season 1. SPOILERS AHEAD.

Most of the series takes place in Seattle, Washington. Tilda, Abbi, and Juan all seem to suffer from a condition from rare genetic disorder, Acute Genetic Decay Program or AGDS. Years earlier, they were all treated by controversial geneticist Dr. Alex Sarkov under an initiative called the Wellness Program. The result is that the three of them now have three types of abilities. Tilda now has enhanced vocal cords and hearing. Abbi produces pheromones, making people sexually aroused by her. And Juan blacks out and turns into a Chupacabra, a creature from the folklore of the Americas.

All three of them have been taking pills for years that kept these powers in control, and they were able to lead a normal life. Tilda is the lead singer in a band, Abbi is preparing to attend the genetics program in Oxford, and Juan is an aspiring graphic novelist. When the pills stop coming, the powers start to manifest again. They visit Sarkov’s practice, where Sarkov runs tests on them before giving them the pills. But those turn out to be placebos and have no effect on their symptoms. When they visit the second time, they encounter Sarkov’s partner, Dr. Sydney Burke.

From Burke, the three young adults learn that Burke and Sarkov began the Wellness Program together. They recruited young patients with genetic disorders that have manifested without their parents having a similar issue. They found a way to correct the errors in the damaged genes of these patients by using a synthetic cell that Sarkov created, even though they told their patients that they were using cells from their own bodies. As Abbi puts it, it is quite similar to updating the operating system on a computer but on a cellular level.

The “success” of the Wellness Program made Sarkov believe that he could use the synthetic cell to completely replace the human genome with a superior design of his own. The pills that the three protagonists were taking stabilized their modified cells. Tilda, Abbi, and Juan realize that Sarkov stopped sending the pills because he wanted the side effects of his treatment to manifest. They ask Burke to help them, and she says that she will, before adding that it will be easier for her if Sarkov is there, prompting Tilda, Abbi, and Juan to begin searching for him. They encounter Doug, whose DNA was altered by Sarkov much later in the research than the three protagonists.

Tilda, Abbi, and Juan are called the Imperfects because Sarkov created them in the early stage of his research. As the series progresses, their powers undergo various changes, especially Tilda’s. Toward the end of the season, she can tell if someone is lying and can kill people by melting their brains. Others from the program start to show up, including those who never qualified for the program. One of them, Hannah, begins a romantic relationship with Abbi. Meanwhile, Tilda loses her boyfriend during an attack from a rogue scientist who has transformed like Tilda and the others.

While all this is going on, the three protagonists discover that a secret governmental organization called Flux, whose job basically is to keep rogue scientists and their inventions in check, has taken an interest in them. Moreover, Burke seems to be suffering from an extreme case of Dr. Jekyll and Mr. Hyde. She also has AGDS, and her attempts to self-treat have created the Isabel Finch persona. When she transforms, both her personality and physical appearance change. Finch is a killer, targeting people who are in the same field as Burke.

Tilda, Abbi, and Juan eventually find Sarkov and seemingly convince him to cure them. However, it is later revealed that he has other plans. In the season finale, Abbi and Tilda work together with Flux to bring Sarkov down.

The Imperfects Season 1 Ending: Are Abbi, Tilda, and Juan Cured?

When Tilda and Juan ultimately find Sarkov, the latter explains the reasons behind his horrific experiments. According to him, there is a complex relationship between rapid degradation of the human genome, expansion of the human population, and climate crisis. In the past, human evolution and climate change worked in tandem. However, since the industrial age, climate change has been happening at such a rapid speed that human evolution can’t keep up with it. As a result, the human DNA is deteriorating rather than developing new strengths. This is AGDS. Sarkov’s work seeks to overcome this so that humanity doesn’t become the first species to cause its own extinction.

There is a notion of the greater good in what Sakov is trying to accomplish, but the sheer immorality of his actions eclipses it. He tries to spread his inventions using nanobots, but Tilda thwarts his plan. However, Sarkov learns that Burke has developed a method that makes his need for the nanobots obsolete. Finch agrees to give it to Sarkov under the condition that he will make the transformation permanent. They decide to use Juan as the test subject.

However, this turns out to be the cure that the protagonists have been looking for. Instead of transforming Juan into the Chupacabra, it cures him. Abbi subsequently injects Finch with the serum, turning her back to Burke. And Burke later cures Abbi. However, Tilda refuses treatment, deciding to keep her powers.

Who Is Dr. Hallenbeck?

It is revealed that Dominique Crain, a high-ranking official at Flux, has been funding Sarkov’s research through a shell company. Sarkov is taken into Flux custody. Three months later, he is brought to the office that previously belonged to Crain, and Sarkov is surprised to discover that Burke is sitting on the other side of the table. But that assessment is also proven wrong when he realizes that Finch is in control of Burke’s body. After Sarkov agrees to work for Flux, he is taken away. Burke/Finch then contacts Dr. HalenBbeck, who seems to be an older version of Sarkov.

It seems that Halenbeck created a genetically engineered version of himself to deal with the impending crisis mentioned above. Unfortunately, Sarkov turned out to be more unpredictable and dangerous than his creator intended. And now, Hallenbeck regrets the decision of making him., It appears Burke has always known who Sarkov really was. And as Burke has known, Finch knows about it well. Interestingly, Hallenbeck doesn’t seem to be aware that he is actually speaking to Finch, so there is an interesting dynamic there between Hallenbeck, Finch, and Sarkov.

What Causes the Monster Virus Outbreak?

Despite the attempts of the three protagonists to prevent it from happening, Sarkov’s plan materializes, and people begin turning into monsters. As both Juan and Abbi gave up their abilities, they are affected by it as well. However, Tilda, who still has her powers, doesn’t transform. The most obvious culprit for this is Flux. With Finch leading the organization and Sarkov working for them, the shadowy government agency appears to be the most likely group that could have truly weaponized Sarkov’s research. However, it is equally possible that some organization or individual scientist is behind it. They have found Sarkov and Burke’s research and now using them to force evolution on humanity.

Read More: Where is Netflix’s The Imperfects Filmed?