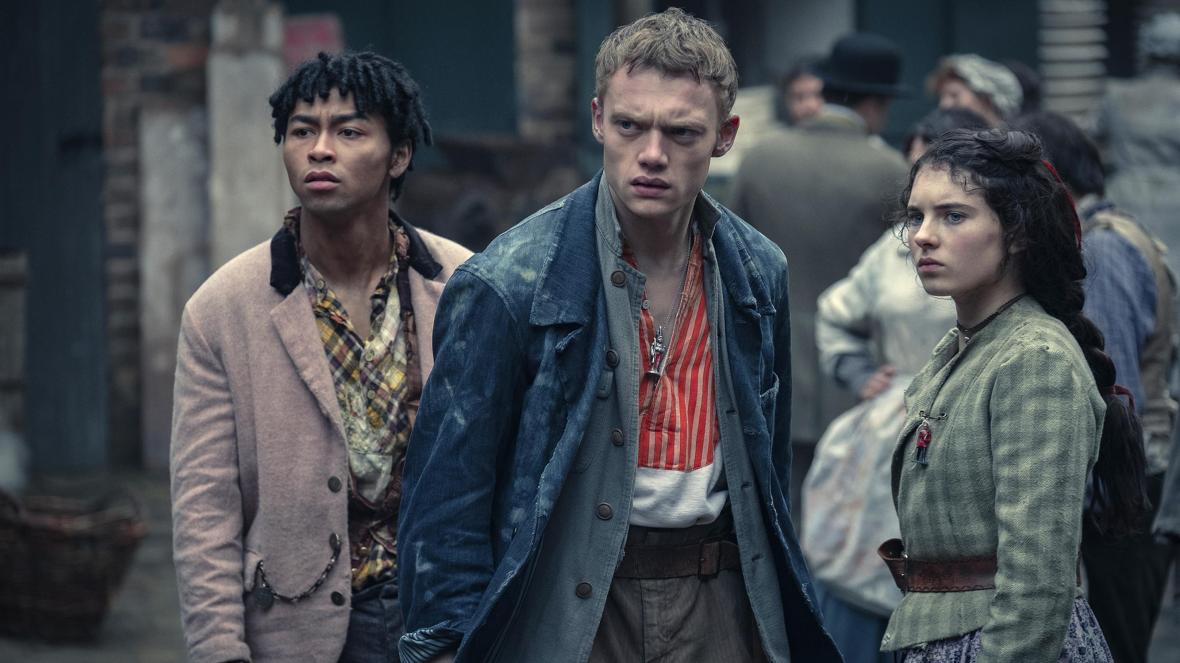 Developed by Drama Republic, ‘The Irregulars’ is a Netflix original supernatural mystery series set in Victorian London. It revolves around a group of young men and women who become associated with Dr. John Watson (Royce Pierreson) and his elusive partner, Sherlock Holmes (Henry Lloyd-Hughes). In episode 5, Bea (Thaddea Graham) and Jessie (Darci Shaw) learn about their mother, Alice, and the nature of her association with Sherlock and Watson. Meanwhile, Billy (Jojo Macari) musters the courage to confront a childhood abuser. Here is everything you need to know about the ending of the episode. SPOILERS AHEAD.

Episode 5 shifts back and forth between the current occurrences and Sherlock’s account of his time with Alice. The episode begins as Bea brings Sherlock back to the dilapidated house she shares with the others and convinces him to tell her everything by promising him his next opium fix. It turns out that Leopold (Harrison Osterfield) was partially right when he said that Sherlock and Watson were using Alice for her powers.

In reality, she became the third member of their group, and she and Sherlock began a relationship. Jessie was born sometime later. Like the current batch, they too figured out that a rip in the barrier between the mortal world and the spirit world is the root cause for all the supernatural incidents and obsessively searched for it. 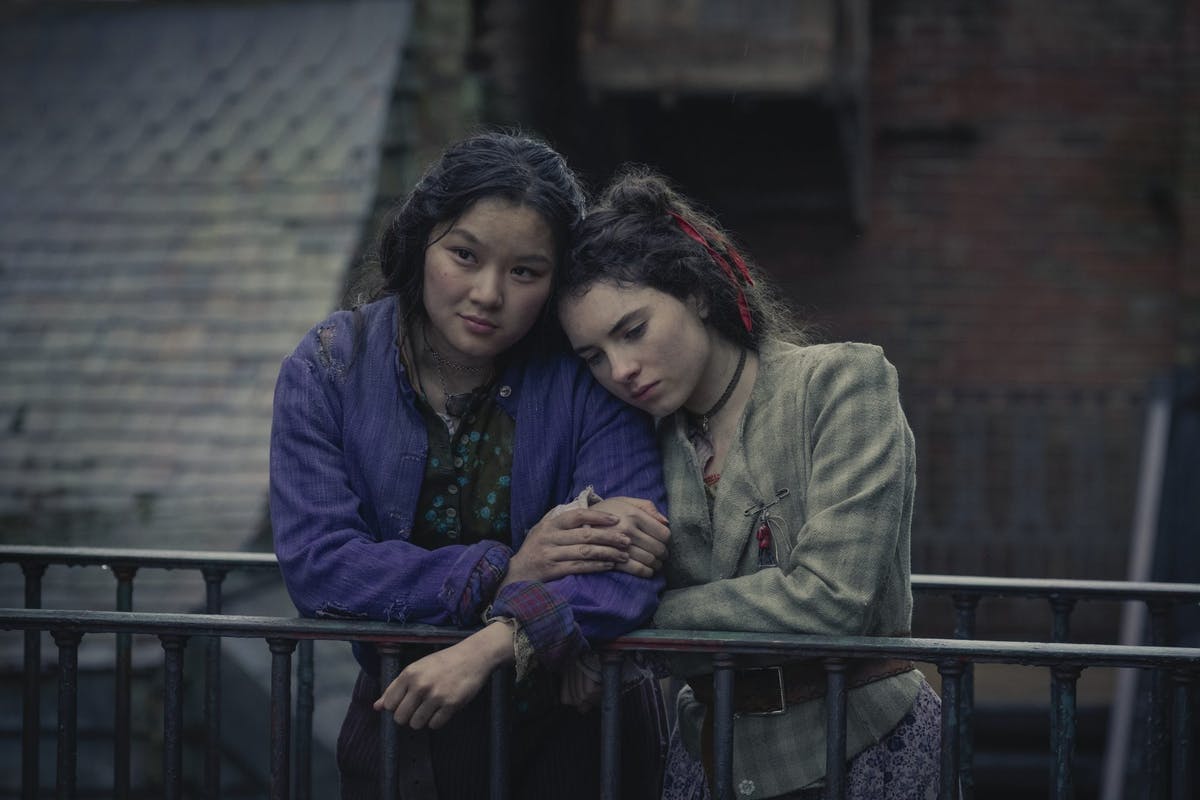 Billy spots Vic Collins, a man he used to know when he was at the workhouse with Bea and Jessie. He later reveals to Spike (McKell David) that Collins used to abuse Bea physically. Seeing him after all these years, he decides to confront him, even though Spike advises him not to do that. Meanwhile, after escaping from the palace, Leopold returns to Baker Street, severely bruised. Since the kiss and the argument that followed, he and Bea struggle to figure out how to move forward. This is made even more complicated as Leopold fears that Bea will reject him if she learns about his hemophilia.

The Irregulars Episode 5 Ending: Why Did Sherlock Abandon Bea and Jessie?

Alice was still breastfeeding Bea when she met Sherlock for the first time. By then, Sherlock and Watson already had a glimpse of the supernatural underbelly of London. Helped by Alice’s ipsissimus abilities, they began efficiently solving paranormal cases. Right from the beginning, Alice recognized that Sherlock could be incredibly narcissistic and obsessive about fame. But she was drawn to his remarkable intelligence. On his part, Sherlock finally found his equal in Alice. The two fell in love, and Alice became pregnant with Jessie. However, their relentless search for the Rip started to take a toll on both of them. This was when Sherlock’s addiction to opium began. 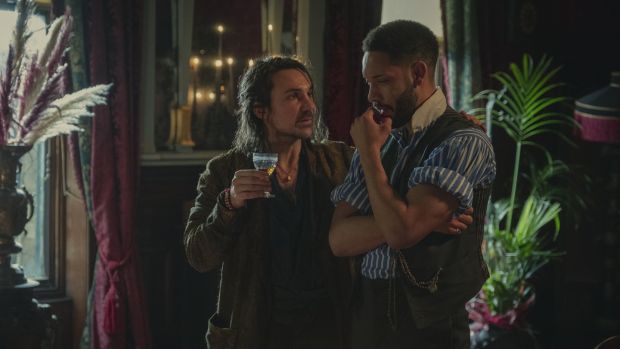 Bea and Jessie learn from Sherlock that their mother didn’t lose her sanity and drowned as they were previously told. Acting on intel that Watson garnered, the three found the Rip, and Alice was sucked into it. One of the last things she told Sherlock was that he was as much a father to Bea as Jessie. And yet, after Alice’s apparent sacrifice to close the Rip, Sherlock lost himself in the enormity of his grief, and the sisters suffered because of it. He completely gave himself to his alcohol and opium addictions, while Bea and Jessie endured a horrible childhood filled with abuse, neglect, and apathy.

Is John Watson Behind the Supernatural Incidents?

Sherlock seems to think that Watson is somehow involved in all this. He still questions how Watson came with the innovative idea that led them to the Rip. Furthermore, Sherlock is evidently still angry that Watson chose to grab him and not Alice right before she was drawn into the Rip. However, Watson seems to have unrequited feelings towards Sherlock.

Just as Sherlock seeks the world’s approval, Watson seeks his. When Alice and Sherlock began their relationship, Watson likely suffered heartbreak, realizing that Sherlock would never look at him the way he (Watson) wanted the detective to. His decision to save Sherlock and not Alice can easily be understood through this perspective. He chose to save the person he loves. It remains to be seen if his actions have any sinister intent.

Why Does Billy Run from the Abuser?

The terrible memories of his childhood come rushing back to Billy when he sees Collins. Believing himself to be capable and strong, he goes to Collins’ home to confront him, even partially intending to kill him. But Collins has spent a lifetime abusing children and knows exactly what button to push and when to aggravate Billy.

Collins meticulously takes Billy’s resolve apart by telling him the truth about his parents. His father wasn’t a military officer who fought in the Crimean War. He was actually an unknown patron of Billy’s mother, who was a prostitute. No matter how much Billy tries to deny this sudden revelation, he realizes that it’s true and runs away.