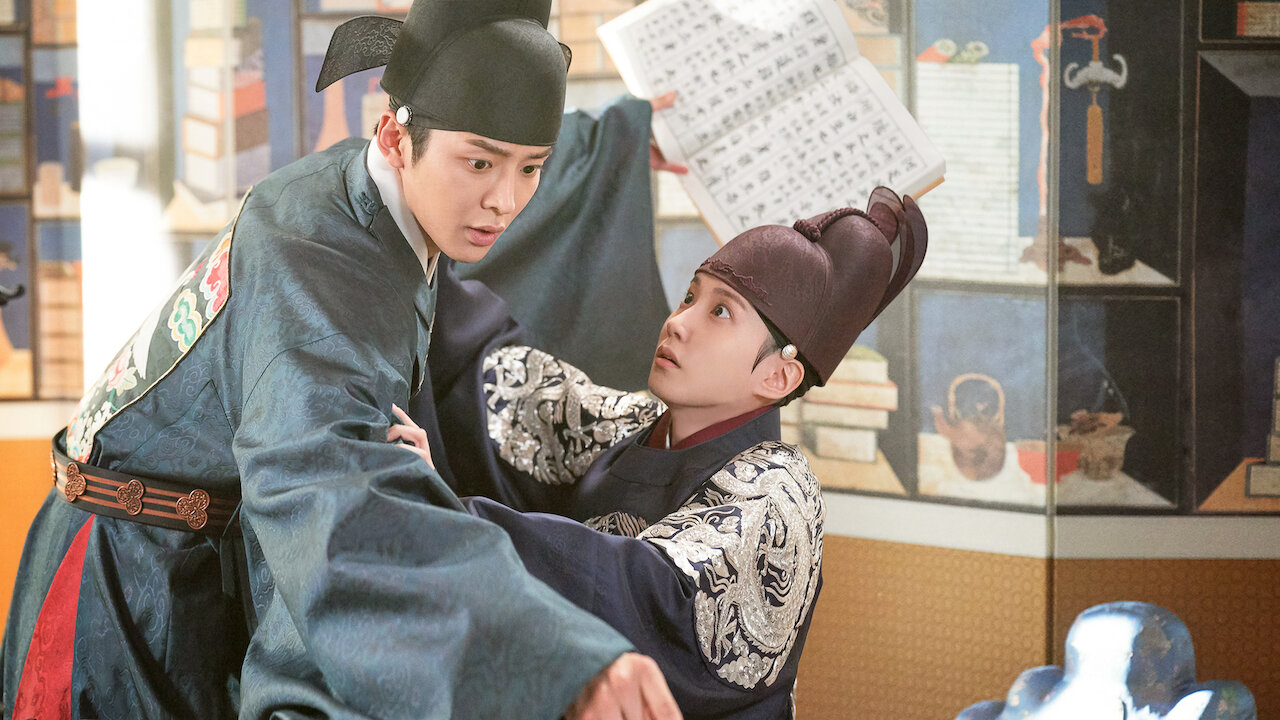 ‘The King’s Affection’ is a Korean romantic drama that chronicles the dangerous life of a princess that lives disguised as a prince. Directed by Song Hyun-Wook, the show follows a young princess destined to die upon birth simply for being the prince’s twin. Years later, a shocking turn of events leads to the death of the young prince, forcing the princess to disguise herself and live out her royal days as her twin. However, when matters of the heart are concerned, how will she keep her true identity hidden?

Set during the Joseon Dynasty, the show is a heady mix of period romance and political drama. In season 1 episode 1, we see the events that lead up to the prince’s death and the princess’ disguised identity. If you were looking for a quick recap of the first episode of the first season as well as explanations about its ending, then fret not. We’ve got you covered! Here’s everything you need to know about the recap and ending of ‘The King’s Affection’ season 1 episode 1. SPOILERS AHEAD.

The first episode opens to a frightful storm raging outside a castle as the Crown Princess gives birth inside. However, her joy turns into terror when she realizes that she has given birth to a girl alongside a boy. Immediately, the guards inform the King, her father-in-law, who orders the murder of the princess. The Crown Prince weakly opposes his father, but later agrees to act on his orders.

However, when the guards arrive at the Royal Maternity Directorate, they discover that the princess has already died. Later, the Crown Princess reveals that her baby girl had been put in a death-like state with the help of a medicinal thorn. She asks her trusted guard to take the princess far away from the capital, to be raised amongst commoners.

Years later, we see the young princess, unaware of her true lineage, working as a court maid named Dam-i. When the prince Yi Hwi, her brother, runs into her, he is shocked by their identical appearance. Meanwhile, the prince’s teacher, the Royal Preceptor, is imprisoned by the King at the suggestion of Lord Sangheon, a villainous member of the Royal Court. Yi Hwi and Dam-i swap clothes and identities so that he can go and secretly visit his teacher.

Meanwhile, Dam-i has to act like the prince in his royal chambers. Jung Ji-woon, the son of a nobleman, sets his sights on Dam-i. The two quickly get close, and romantic feelings blossom. The King orders the beheading of the Royal Preceptor. Meanwhile, the Crown Princess has heard tales of her son’s look-alike. She asks to see Dam-i and emotionally breaks down in front of her.

On the day of an important festival, Jung tells Dam-i that he wishes to train so that he may serve the prince in the future. He also offers her the name Yeon-seon, as the name Dam-i is associated with her sad past. Dam-i carves two dice with romantic words for Jung. Meanwhile, Jung’s father closely watches the interactions between Jung and Dam-i, suspicious of the latter’s identity. The Crown Princess realizes that the kingdom is too dangerous for Dam-i, and orders her guards to again smuggle her out. However, Lord Sangheon becomes aware of her plan. He chokes her and vows to kill her daughter.

On the day of the Royal Preceptor’s beheading, Dam-i runs away from her group of court maidens. Jung’s father follows her. Meanwhile, the Crown Princess’ guard arrives to save Dam-i. A chase ensues. Dam-i sees the beheading of the prince’s teacher just when the guard arrives to save her. As Dam-i escapes on horseback, Jung’s father follows. A quick flashback lets the viewers know that “Dam-i” is actually Yi Hwi, having donned the disguise in order to come and see his teacher.

Jung sadly waits for Dam-i on a bridge. Unaware that he is actually hunting down the prince, Jung’s father sends a bunch of arrows in Yi Hwi’s direction. Finally, Yi Hwi falls from the horse. A final arrow pierces his heart. Jung’s father stands there, believing he has killed the princess. Meanwhile, at the castle, the real Dam-i is running away from the prince’s duties. She drops Jung’s dice and comes face to face with Lord Sangheon, who looks at her coldly.

Yi Hwi is dead, because of the arrow fired by Jung’s father. However, the King’s guards are unaware that the princess they have killed is actually Yi Hwi in disguise. On the other hand, Dam-i is disguised as the prince, so people at court have no reason to suspect that Yi Hwi is missing or dead. However, the Crown Princess and her trusted circle become aware of the situation.

Why is Everyone Trying to Kill the Princess?

The first episode, and admittedly the entire show, is formed on the premise that a prince born alongside a princess is not fit to rule. The deeply patriarchal society of the Joseon Dynasty dictated that women were submissive and could not be rulers. Thus, a prince born alongside a princess would be tainted with the same perception. It is for this reason that the King orders the killing of the newborn girl — in order to follow tradition, secure his lineage, and maintain his absolute authority.

Those in his court agree with his orders, apart from his own son: the Crown Prince and the princess’s father. However, he too agrees with the King, underlining how strong the ideology is. Only the Crown Princess and her trusted circle wish to keep the child alive, out of the kindness of their hearts.

Why is the Crown Princess Treated So Harshly?

Despite being a member of the royal family, the Crown Princess is treated quite cruelly by those around her. Her husband silently follows the orders of the King despite his misgivings, whilst Lord Sangheon is openly disdainful of her presence. In one scene, Lord Sangheon even chokes her, declaring that he will kill her daughter at any cost. Clearly, the male members of the court are more powerful than the Crown Princess herself, who is simply subordinate to royal men. Additionally, since the duty of a Princess is to give birth to a son, those in court may be scorning her because of the knowledge that she had given birth to a daughter as well.

Why is the Royal Preceptor Beheaded?

It is shown that, based on Lord Sangheon’s accusations, the King first orders the arrest of the Royal Preceptor on grounds of treason and disruption of peace. Lord Sangheon states that the prince’s teacher was disrupting the Royal Court with his “asinine appeals.” He adds that someone like that should not be in charge of the prince’s education.

The Crown Prince argues that the Royal Preceptor’s “concerns for this nation and people” cannot be deemed to be a disruption of peace. “He has slandered me as well as other meritorious subjects and has desecrated His Majesty’s bestowal of merits,” says Lord Sangheon. The prince’s teacher is arrested and later beheaded. It is made apparent that Lord Sangheon and his men are authoritarians who will stop at nothing to gain and maintain power.