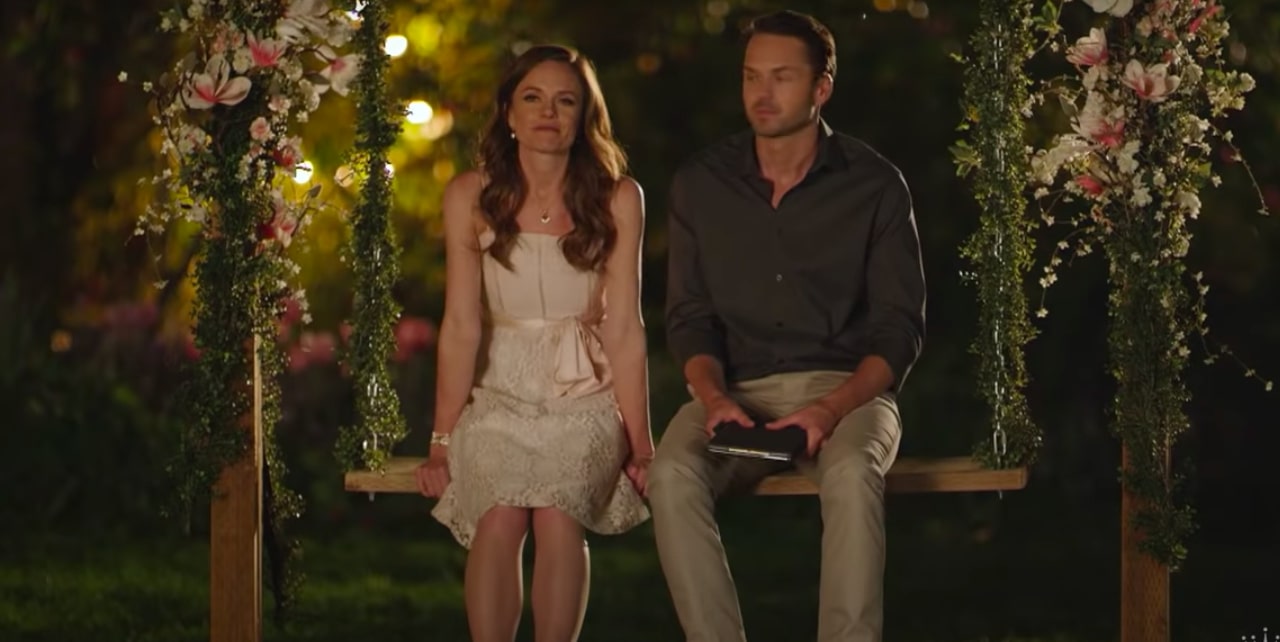 ‘The Last Bridesmaid’ directed by Mark Jeans, follows Becca, who is a living embodiment of the phrase, ‘always the bridesmaid, never the bride.’ But that equation slowly begins to change as she meets Kyle, a videographer at her cousin’s wedding. Kyle is not immune to Becca, and the two slowly find themselves immersed in what can best be surmised as a bond that is meant to be.

The film has several elements that make it more than ‘just another chick flick.’ This is because it focuses on Becca’s career aspirations and the depths of her dilemma when it comes to her private life. ‘The Last Bridesmaid,’ written by Nina Weinman, thus, captures the essence of being single among the multitude of others who are moving forward to the next phase in their lives.

The Hallmark film was primarily shot across a few locations in Canada. The colorful, yet subtle romance was filmed in key spots to highlight its aesthetic value.

Sooke in Vancouver Island is a tranquil and scenic district that provides much relief from the bustle of the city. The film has extensively used this location to highlight an out of the city wedding experience, primarily through the Sooke Harbour House.

Producer Allen Lewis said, “This is such a beautiful area. We were looking for sets that were great wedding venues and you just can’t get much better than the Sooke Harbour House.” He additionally stated that most of the filming crew being localities also helped in the process.

Sooke Harbour House is an award-winning Canadian resort, and its beauty is not lost even on those who may not have been there but has just seen it through the film.

Church and State Winery is regarded as the most abundant winery in the whole of Vancouver Island. The film has used this location to highlight the building romance of Becca and Kyle.

Apart from central filming locations, the film has utilized several spots in Victoria, the capital of British Columbia to further the narrative of the film. It is perhaps, then not surprising that the film’s romance and mood are intrinsically connected with the filming locations utilized by the movie.

‘The Last Bridesmaid’ features, Rachel Boston as Becca, the protagonist of the film. She is also one of the executive producers of the film. She is known for her roles in, ‘A Rose for Christmas,’ ‘The Good Doctor,’ and ‘American Dream.’ The movie was in several ways inspired by a wedding she attended wherein she was asked by a relative as to when she would tie the knot.

Paul Campbell, who plays the role of Kyle is popularly known for the characters he has played in ‘Battlestar Galactica,’ ‘Spun Out,’ and ‘Surprised by Love.’ Campbell in an interview, said, “The script is so fun, and they’re such great characters. They’re really easy, fun roles to slip into. I would say that I probably slip into my roles maybe too easily.” Hence, one can assume that the shooting of the film was quite the fun experience for the actors and the crew members of the project.

Other actors starring in the film are, Jeremy Guilbaut, Barry Levy, Stephanie Bennett, Desiree Zurowski, and Chris Wood, among several others.