The Legend of Vox Machina Episode 3 Recap and Ending, Explained 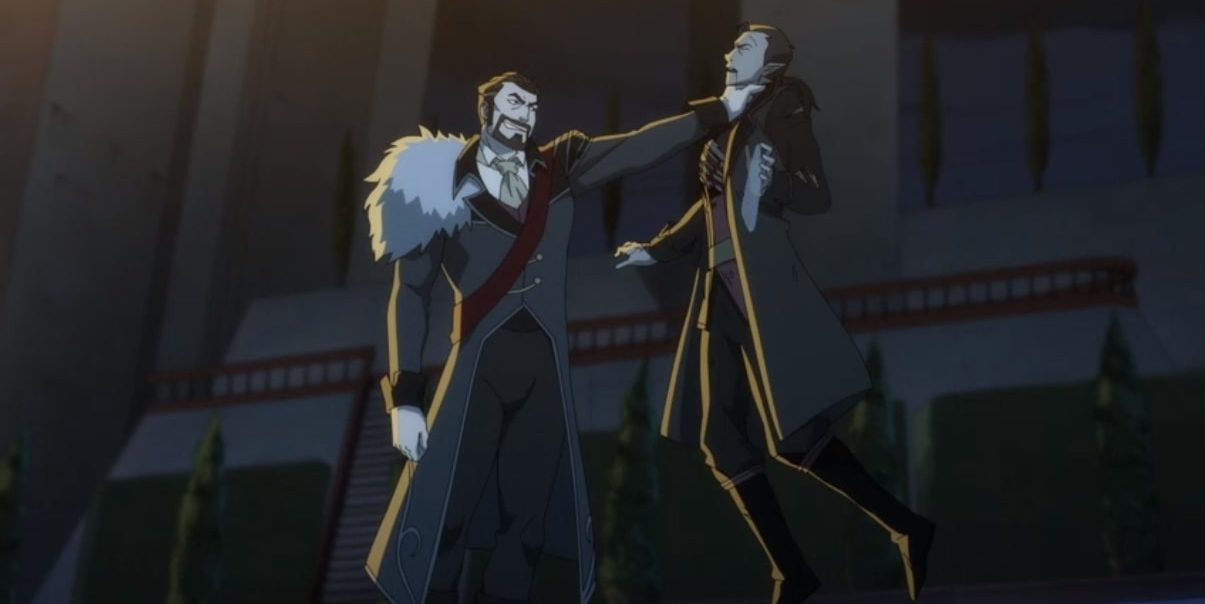 Based on ‘Critical Role,’ ‘The Legend of Vox Machina’ is an enthralling adult animated adventure series. Building on the world of ‘Dungeons and Dragons,’ the story follows the titular motley crew in their journey to greatness. In the third episode, ‘The Feast of Realms,’ Percy meets old familiar faces, although he is not happy to see his past acquaintances. On the other hand, Scanlan sets the stage on fire with a catchy number. The ending holds a mind-boggling twist, and you may wonder what happens in those final minutes. We shall get to the conclusion, but before that, let us take a quick look at the events of the episode. SPOILERS AHEAD.

The episode begins with a flashback sequence, showing glimpses of Percy’s dark past. After the Briarwood couple usurped his home, Percy and his sister Cassandra were forced to flee Whitestone Palace. The sequence is later revealed to be a dream, as Percy wakes up on his bed sweating. While going for a midnight walk, Percy meets Vex, inquiring whether he has had a bad dream. In the morning, the protectors are busy making fools of themselves at the breakfast table while Lady Allura comes for a visit. 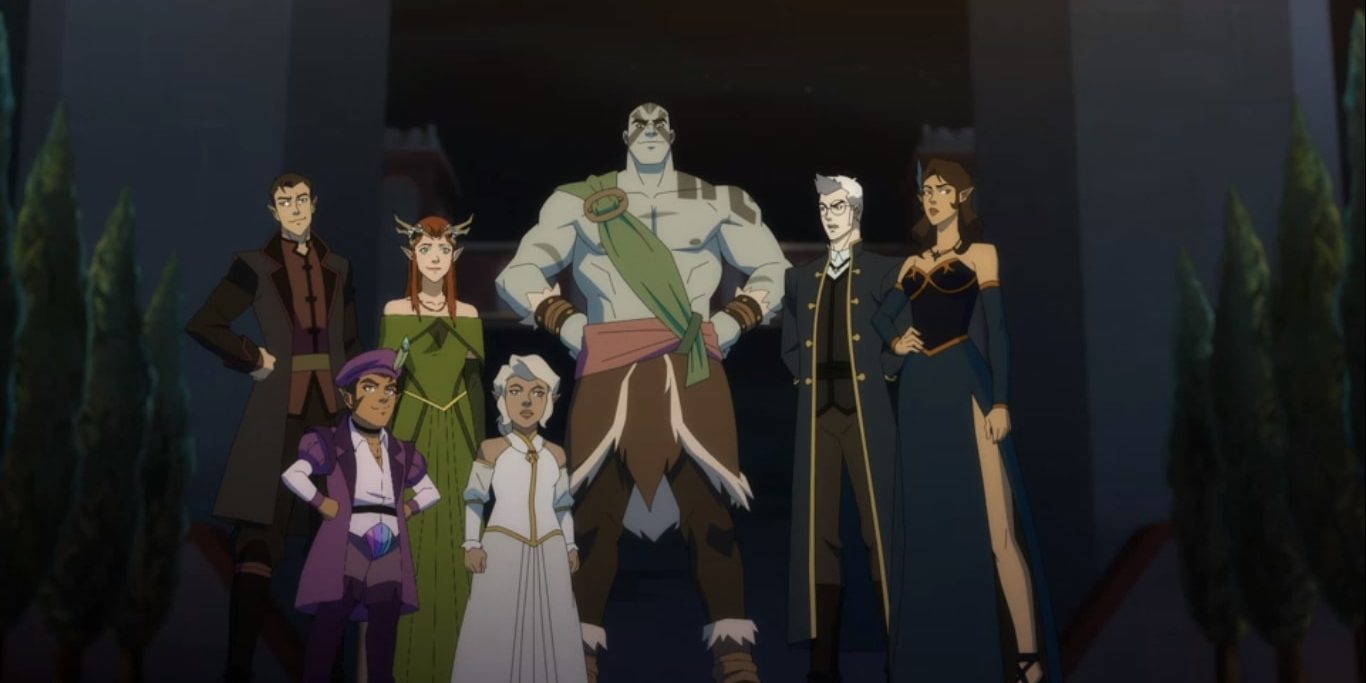 Lady Allura informs the group that Sovereign Uriel expects them to be present at the gala dinner at night. Uriel hopes to make a security pact for the safety of the land, and he wants the group to present their best versions. Although Percy tells the group to be charming, reserved, and relaxed, he would later lose his calm to see Sylas and Delilah Briarwood. They do not take time to warm up for the party – Grog and Pike gulp down the fancy shots, smashing the glasses afterward.

When the Briarwood couple steals the limelight, a hyperventilating Percy confides that the duo took everything from him. With the revelation, Vax slips into the Briarwood’s guest room to find more about the mysterious couple. Grog decides on a safe word – “chenga.” On the other hand, Percy struggles to keep a straight face at the dining table. With enticing hypnotism skills, the Briarwood couple overpowers the king. Meanwhile, Delilah does not fail to recognize Percy.

To invite a reaction from Percy, Delilah starts talking badly about the de Rolo family. Later, Percy reveals to the team how the Briarwood couple killed his family. On the other hand, Vax reads Sylas’ diary to find the mention of “The Whispered One.” But the Briarwoods catch him in the act. While Scanlan entertains the guests, Sylas drinks some blood from Vax. When he drops into the pool and screams the safe word, the rest of the team arrives on the scene. A fight ensues, but the heroes are probably too weak to tackle the evil.

The Legend of Vox Machina Episode 3 Ending: Is the Driver Dead or Alive? Who Does Percy Become?

The Briarwood couple escapes in their carriage while promising to return. Keyleth’s shield saves the warriors in the meantime, but the final moments hold more surprise for the fans. We also get glimpses into the development of Percy’s story arc. The Briarwood couple leaves their driver behind, and Percy wears a ghastly beaked mask to intimidate him. He goes on to load his gun and eliminate the innocent-looking driver. If you do not know, it is still Percival de Rolo. 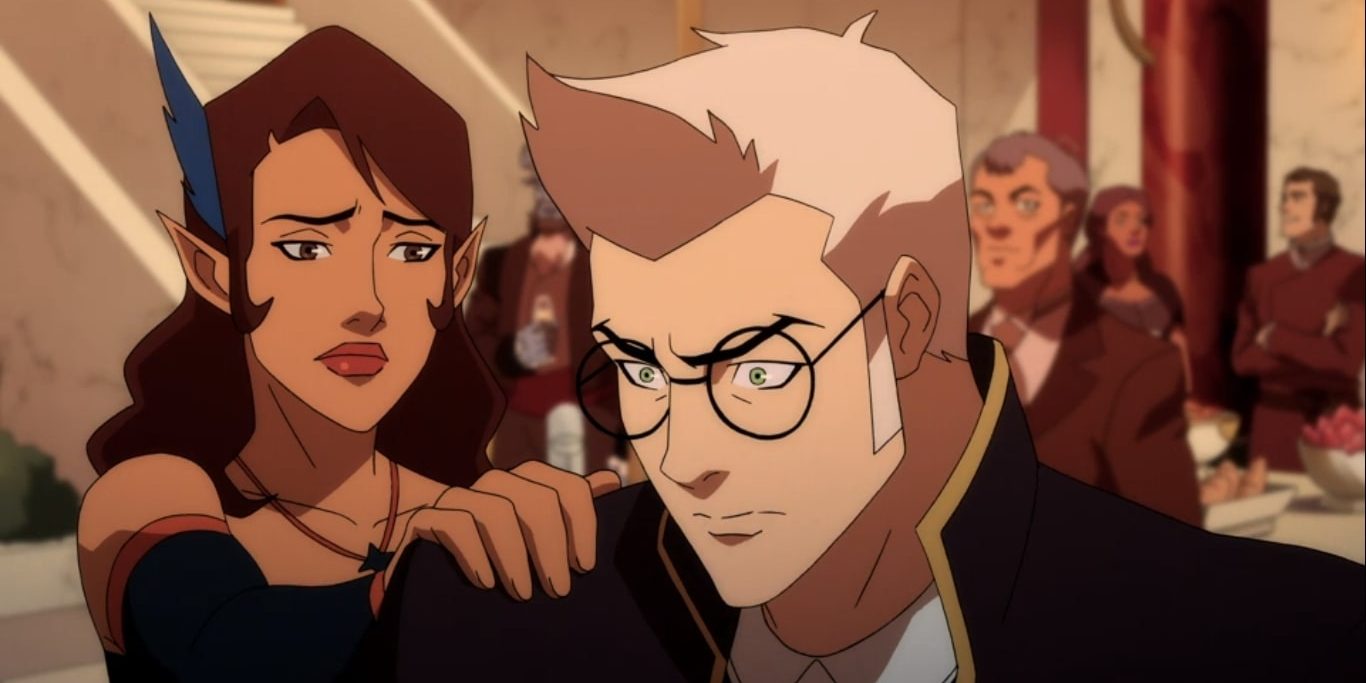 After being tortured by the Briarwoods and Dr. Anna Ripley (who is yet to make an appearance) in the Whitestone Castle, Percy has developed a darker shade to his character. The sudden encounter with Sylas and Delilah Briarwood at the castle reminds him of old scars, reigniting the hunger for revenge. Percy knows that the Briarwood couple never leaves the castle. Thus, he is curious to catch a glimpse of them after these years. While he is up for revenge, he also senses a threat to the monarch. However, the disturbing childhood ultimately makes him take drastic measures, but repercussions remain.

Are the Vox Machina Arrested? Is The King Under Trance?

Shortly after Percy hurls his gun, the king comes out of the castle. He orders the guards to arrest the Vox Machina. However, you may remember the scene at the dining table where Sylas hypnotizes Uriel when the latter thinks of probing into the former’s castle and kingdom. With the scene in mind, you may wonder whether Uriel is still under hypnosis when he orders to arrest the protectors. Uriel being in a trance seems plausible since Sylas Briarwood seems pleased on his way back to the Whitestone castle. And although they are banged up, for the time being, we guess that the heroes will find a way out of the prison in the coming episode.