The Legend of Vox Machina Episode 2 Recap and Ending, Explained 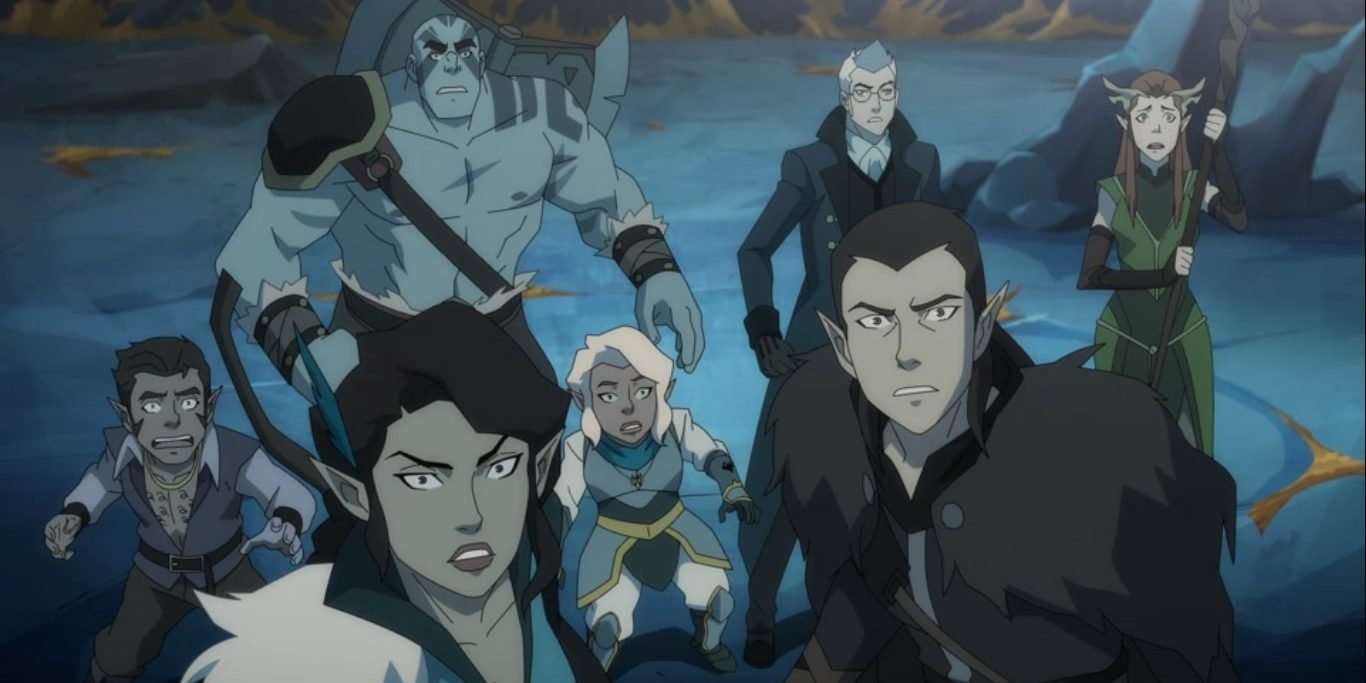 Created by a group of writers who go by the name of Critical Role, ‘The Legend of Vox Machina’ is a dynamic adult animated action-adventure show that plunges the audiences into a world infested with evil mages and killer dragons. The second episode of the first season, titled ‘The Terror of Tal’dorei – Part 2,’ reveals a major plot twist. The blue dragon is still at large, and when the army fails to contain the situation, our heroes find their moment to shine. However, they are in for a damning discovery, one that is linked to Vex’s past. If you have had trouble following the final moments, let us revisit the chapter. SPOILERS AHEAD.

The episode begins in an army garrison. A soldier asks General Krieg whether the Shale Steps have fallen. But the general encourages his team to fight the dragon while warning them that a storm is coming. The army shows spirit, which withers when the dragon attacks the garrison at night. Some — including the army captain — die, while others prioritize their lives over honor, fleeing the scene. After a killer opening sequence, the story takes us to the royal court. 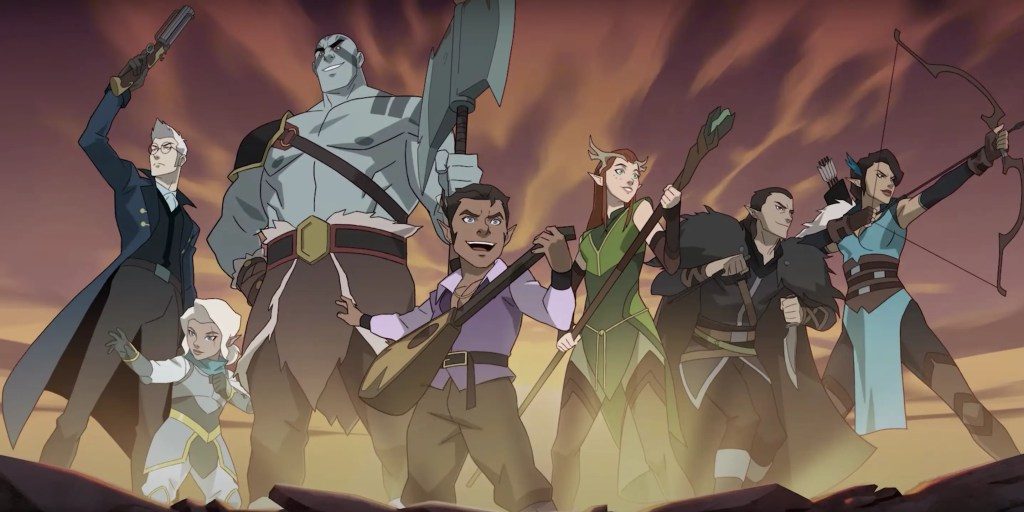 After the attack, Krieg returns to the palace to give Sovereign Uriel the news that the creature is a blue dragon. Uriel consults Allura, who knows a thing or two about dragons. Although the one she combatted was a red dragon, Allura tells the king that dragons are fiercely intelligent and calculating creatures. Sir Fince comes with his scathing remarks, and he thinks that Vox Machina has retreated from fear.

However, right on cue, our heroes make a heroic entry, and Scanlan assures the court that they do not know the meaning of “doom.” Scanlan grandly presents their findings — which the rest already know — that the creature is a blue dragon. They confess to not killing the dragon while Vex hears the piercing sound again. With Uriel’s permission, General Krieg mobilizes the army to the farmlands, although Lady Kima points out that they would be sitting ducks if the dragon attacked the city.

On their way out of the palace, Vex tries to deduce who is working with the dragon. Scanlan thinks the traitor to be Allura, while Vex is suspicious of Sir Fince. While Vax and Pike go to meet Gilmore, the others disperse and look for Sir Fince. While telling Grog that he is the real head of the group, Scanlan catches sight of Sir Fince. They follow him to Krieg’s house, but Sir Fince has the keys, and they do not. Therefore, they resort to Vax’s lock-picking skills. Percy criticizes General Krieg’s taste in art, looking at his life-size portrait at the entrance. But little do they know that Krieg is the traitor who killed Vax and Vex’s parents.

The Legend of Vox Machina Episode 2 Ending: Do The Heroes Kill The Dragon? What Is The Reward?

After accepting his role as the traitor, General Krieg disappears. Meanwhile, the team investigates the house for clues. As Pike discovers, all the objects in the house have some magical charm. However, Grog takes a moment to dote on a painting. To stop Grog from acting like a pervert, Keyleth throws something at him, which passes through. To her astonishment, Keyleth has discovered the portal. They walk over to the other side, dragging Scanlan along. An icy region reveals itself, and the heroes seem too happy to catch a glimpse of the bountiful treasure. Meanwhile, Vex deduces that they are in the dragon’s lair. 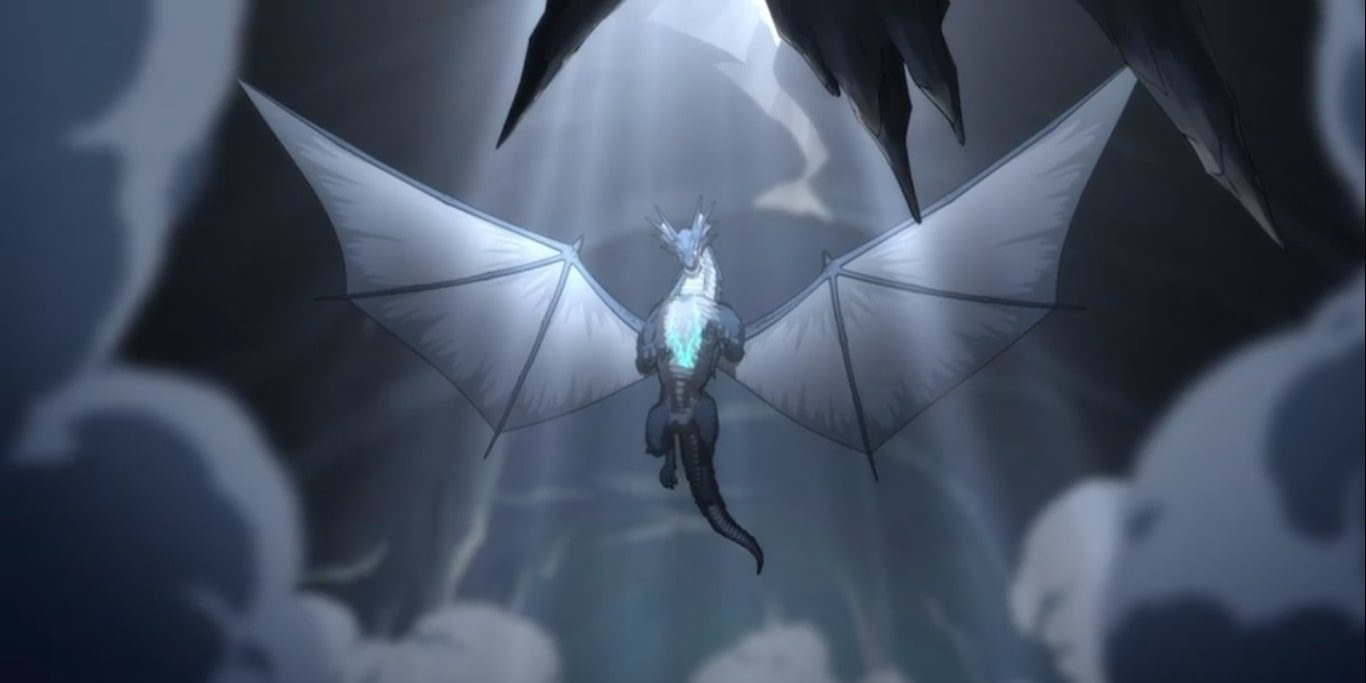 General Krieg says hi from a mountain before morphing into the dragon Brimscythe. The big reveal of the moment is that the general is the dragon. As the general tells the heroes, dragons initially ruled the land of Tal’dorei. He wants to end the Age of Man so that the dragons can return to their former glory. However, to his dismay, the heroes take him down. Following the suggestion of Gilmore, they target the neck, “where the Twin Rivers meet.” Grog takes the dragon out with a final blow.

Grog also does not forget to take a dragon’s tooth as a souvenir. When they return to the palace, ruler Uriel and Lady Allura accept that they underestimated Vox Machina. However, Scanlan is underwhelmed to take a look at the treasure. While he hopes for some money, the trunk contains a key and a scroll. The Sovereign has decided to appoint the Vox Machina as the protectors of the land as a reward. While it sounds like more trouble than reward, the heroes are happy to have the prestigious position.

Who Are Sylus And Delilah Briarwood?

At the end of the episode, heroes are busy celebrating their victory. Meanwhile, Lady Allura reveals that they have invited several dignitaries from all over the land as a peace reform gesture. The scene cuts to a dark forest, where Lord Sylus Briarwood and Lady Delilah Briarwood, possibly two of the dignitaries, make the journey to the palace. The cart stops for an obstruction on the road, and Sylus gets down to clear the path.

A pack of bandits attacks the couple, but Sylus shows superhuman strength, assailing all the thugs. Their demeanor suggests that they are up to no good. The Briarwood’s original home is in the continent of Wildemount, specifically the Dwendalian Empire in western Wynandir. They are presently making the journey from Whitestone Castle, which they took over from the de Rolo family. Do they bring trouble for the titans? The following episode will possibly make things more transparent.