The Lying Life of Adults Ending, Explained: Why do Giovanna and Ida Run Away? 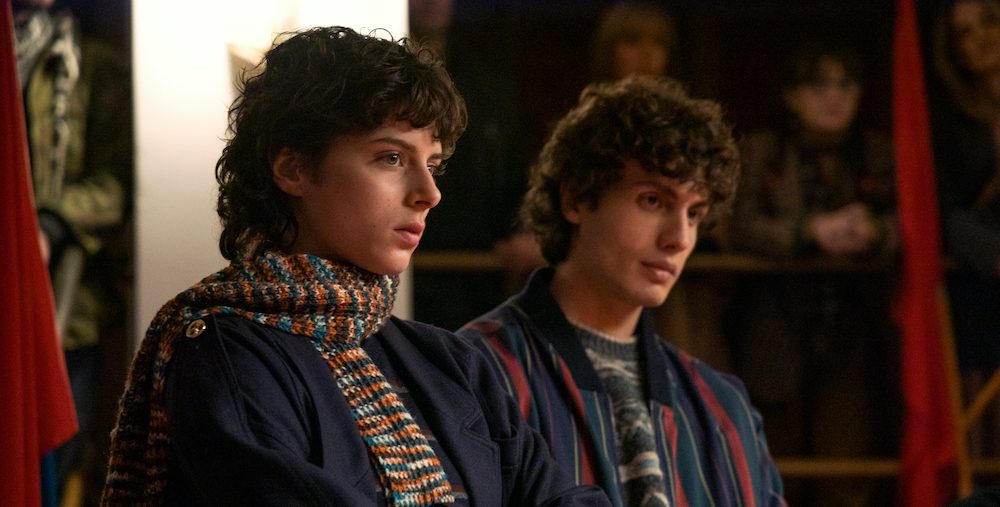 Netflix’s ‘The Lying Life of Adults’ is a coming-of-age story of a young girl named Giovanna. The show picks up at a crucial point in her life when things start to change drastically. The world that was built around her by her parents starts to come down, as her beliefs are challenged after meeting new people. She learns something different from everyone, while also realizing that, at times, adults don’t know any better than she does. In the end, she makes a choice that changes her life forever. Here’s what it means. SPOILERS AHEAD

Giovanna has been failing at school and her father worries that she is starting to look like her aunt, Vittoria. Giovanna knows that Vittoria is not seen in a good light by her family, and is so estranged that her face in all of the pictures has been scratched off. This sparks her curiosity and she decides to meet Vittoria, despite her parents’ wish. Soon, it becomes clear to her that her parents and Vittoria live in two very different worlds, and this is where her story takes a decisive turn.

Along with Giovanna, we also follow the difficult relationship between her parents, both of whom fall disgracefully in her eyes. The show also explores Giovanna’s relationship with Angela and Ida, two sisters, with whom Giovanna grew up and shares a close bond. Things get a little messy between them when Giovanna’s father and their mother’s affair come to light. Further, Giovanna finds herself attracted to a young man named Roberto, but the situation is complicated by the fact that he is already with someone else.

The Lying Life of Adults: Why does Giovanna Leave the Bracelet at Rosario’s Place?

Many things come and go in ‘The Lying Life of Adults’ as we explore Giovanna’s story. In all of this, the bracelet that she was supposed to have received from Vittoria as a child becomes a pivotal object. It is first mentioned by Vittoria when she reveals that she’d mailed it to her parents with the note that it should be given to Giovanna when she grows up. Her father says that Vittoria never sent any bracelet, but then, it turns out that he’d given it to Costanza.

The revelation of Andrea’s affair upends Giovanna and her mother Nella’s life. Costanza gives the bracelet to Giovanna, but the girl finds it difficult to get attached to the thing that was worn by her father’s mistress all these years. Still, she keeps it because it was supposed to be her in the first place. Later, she discovers that the bracelet initially belonged to Giuliana’s grandmother. Her father, Enzo stole it and gave it to Vittoria’s mother as a gift. It was then passed on to Vittoria, who held it close to her heart because it was a reminder of Enzo’s love for her.

For Giuliana, the bracelet, in the beginning, meant a connection to the past of her family. It was an heirloom that was passed down to her by her aunt, a connection that she never had the chance to explore. It was something that she was supposed to have but was kept from her, much like the idea of freedom, which is further explored in the story. But as she starts to unpeel the many layers surrounding this one object, she realizes that much like everything else, the story built around it is nothing more than a fabricated story, a lie.

The bracelet came into Giovanna’s family as a lie. Vittoria further fed into it by attaching a meaning to it in the form of Enzo’s memories. She told Giovanna that she only ever loved and had sex with Enzo. Later, however, Giovanna discovers that her aunt had lied about the sex part. The meaning of the bracelet is further degraded after it becomes a symbol of another lie: her father’s affair. Even though he was already married and had a family, he gave the bracelet, which was important to him because it belonged to his mother, to the woman he was having an affair with.

While, in the beginning, Giovanna had connected the bracelet to something good and precious, it later becomes a symbol of all the lies that the adults around her had fabricated and propagated. The importance of the bracelet is further diminished when Giovanna discovers that Vittoria is leaving the family house and moving to the posh neighborhood to work for a rich lady.

When she first met her aunt, Giovanna got the impression that Vittoria was above the bourgeois lifestyle that her father chased his entire life. Vittoria impressed her young niece with her ideology, which influenced Giovanna’s choices, her decisions, and even her relationship with her parents. But in the end, it turns out that the ideals that Vittoria passed on to Giovanna were a lie too. When the time came, Vittoria let go of her beliefs rather easily, and this convinces Giovanna that all adults are living one or the other form of a lie.

In an act of defiance, Giovanna sleeps with Rosario. She knew how much Vittoria disliked him and she knew how disapproving her parents would be of her act. But for her, their judgment is not something that she cares about or values anymore. In echoing this feeling, she leaves the bracelet at his place. This act establishes the fact that she is now ready to cut off from the adults and move on with her life as she sees fit.

Why do Giovanna and Ida Run Away?

In the final scene of the show, we find Giovanna and Ida packing their bags and taking a bus out of town, ready to embark upon a new path in their lives. For Giovanna, this feels like the natural step, especially considering how she has been disappointed by every single adult in her life. After meeting Vittoria, the perfect world in which she grew up was torn apart, as she saw the lies and hypocrisies of her parents and others like them. But then, she sees that people like Vittoria are living their own lies too.

Giovanna was particularly influenced by Roberto, who made her feel seen. She became infatuated with him and it wasn’t just the way he looked at her or talked to her. It was also his ideology and how strongly he seemed to stand by his ideals. But by the end, Giovanna realizes that he, too, is building a facade around himself. He might seem perfect and sorted out on the outside, but inside, he is just like every other adult.

In Ida’s monologue at the end, we discover that she too has gone through a similar journey. Much like Giovanna, she felt like she wasn’t loved, especially when she felt left out by her and Angela. The divorce of her parents after the affair with her mother mirrored the situation in Giovanna’s house, putting both of them in a similar state of mind. Like Giovanna, Ida also finds herself disillusioned by the adults around her and doesn’t want to live under the shadow of their expectations and disappointments anymore. Instead of walking on the path laid out by them, she wants to create one of her own.

Giovanna and Ida’s arc also parallels their sexual encounters. Both of them explore it as an act of defiance against their parents and indulge with the men that would be considered unacceptable by the adults around them. For both of them, their first experience is unpleasant and is approached like a chore that needs to be done to cross into adulthood and leave behind their childhood days. It is a rite of passage, just a formality before they can start the journey of their new lives.

Considering the many similarities in their stories, it makes sense that the two of them would end up running away together. Having seen the limited world around them, they now want to experience what’s outside of their town, without being controlled or influenced by any adult. This is them taking control of their lives and leaving behind the lies that have dictated their past.

Read More: Is Netflix’s The Lying Life of Adults Based on a True Story or a Book?