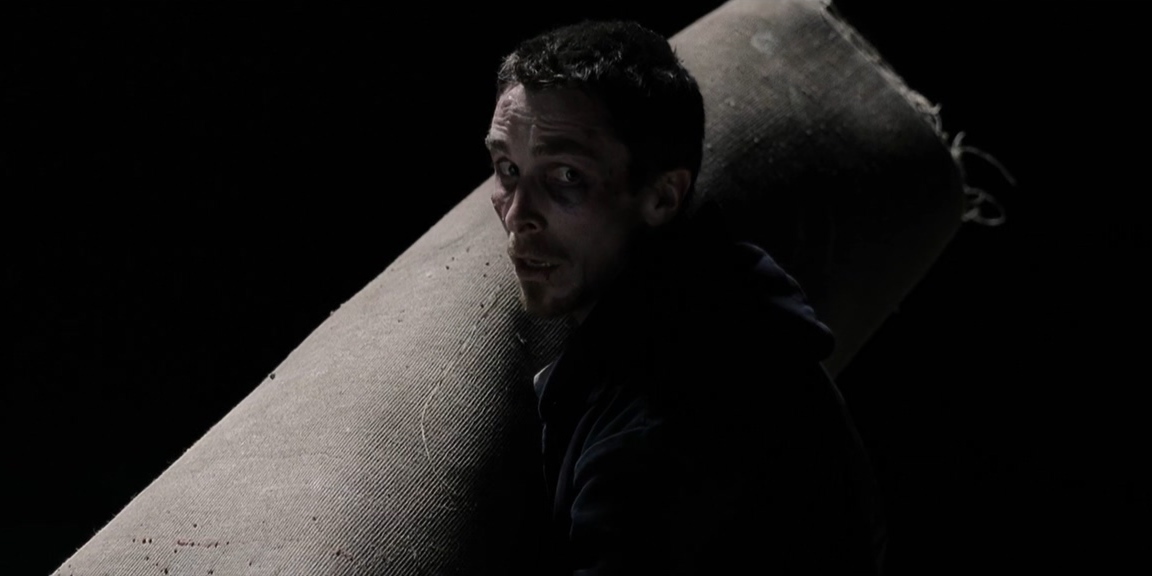 A little guilt goes a long way. Brad Anderson’s 2004 psychological thriller ‘The Machinist’ weaves a morbid story through its ambient exploration of the themes of guilt and memory. The tale follows machinist Trevor Reznik as his insomniac life takes a nightmarish turn. Trevor is a classic example of an unreliable narrator. After an accident at Trevor’s workplace, Trevor finds his sanity being tested. As the disturbing story sprawls out of control, the audiences are plunged into the labyrinthine mind of Reznik.

Trevor finds himself within a bubble of mistrust, and his grip on reality erodes. With a cast ensemble featuring an emaciated Christian Bale alongside Jennifer Jason Leigh, and a score that aptly highlights the tragic proportions of the story, the film has been widely regarded as one of the best of its genre. The ending brings the tale back to square one, and the audiences are in for a shocking surprise. If you are scratching your forehead after the twist ending, we do not blame you. Let us go hand in hand and solve the visual puzzle. SPOILERS AHEAD.

In an epilogue, insomniac and bony factory worker Trevor Reznik goes to dump a body into the sea. A flashlight walks up to him, and the man holding the flashlight asks, “Who are you?” We return to Trevor’s room to see the same question written on a sticky note stuck to his fridge. Trevor goes to the National Machine, where he is loved as a worker, but his sharp-edged words earn him an enemy in Tucker. On his break, Trevor goes out for a smoke and meets a mysterious bald guy named Ivan. Trevor’s co-worker Miller asks Trevor for some help back at work, but Trevor gets distracted by Ivan, and Miller loses his hand. 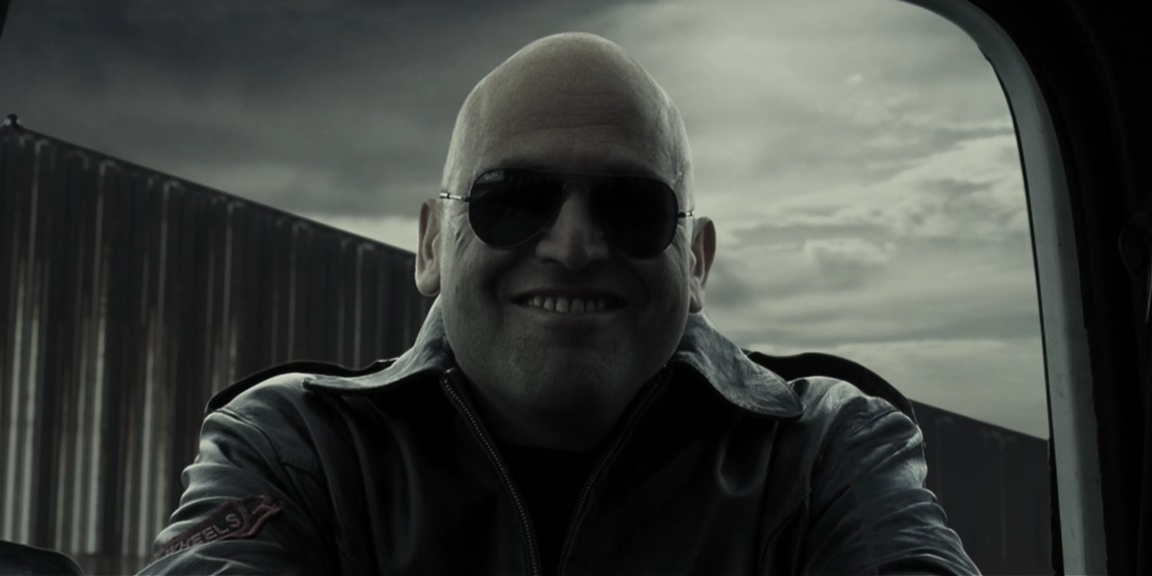 At the following board meeting, Trevor tells the others of his sighting of Ivan, but he is shocked to know from his superiors that no person named Ivan works at the factory. Trevor confides in his concubine lover Stevie about the episode. He believes that a sinister conspiracy is afoot against him. After the accident, everyone at the factory holds resentment towards Trevor. At 1:30 am every day, Trevor visits Maria at a café at the airport. On Maria’s insistence, Trevor spends Mother’s Day with her and her son Nicholas. Maria excuses herself because of a phone call, and Trevor goes with Nicholas on the diabolical Highway 666 Ride. Nicholas chooses the “Highway to Hell” and has an epilepsy attack shortly afterward.

A sticky note word puzzle occupies Trevor’s thought while he discovers a photo of Ivan with his co-worker Reynolds. Trevor follows Ivan’s Pontiac Firebird with his Dodge pick-up truck, but he is in for yet another surprise when the Pontiac turns out to be Trevor’s own. Trevor becomes paranoid and violent, only to recollect the past event that led to his present discontents.

The Machinist Ending: Is Trevor Dead?

After recollecting his past crime, Trevor goes to file another hit-and-run report. In the curious turn of events, he realizes that he is the assailant and not the victim. After being arrested by the police, Trevor enters his cell. Presumably, after his burden is lifted, Trevor can finally fall asleep. The screen slowly turns to white. The movie uses a great deal of symbolism, and one may wonder whether Trevor’s final sleep is a metaphor for his death. For starters, the jail cell does not look convincing. The movie is replete with biblical allusions, and this is the truest when Trevor and Nicholas take the ride “Route 666.” 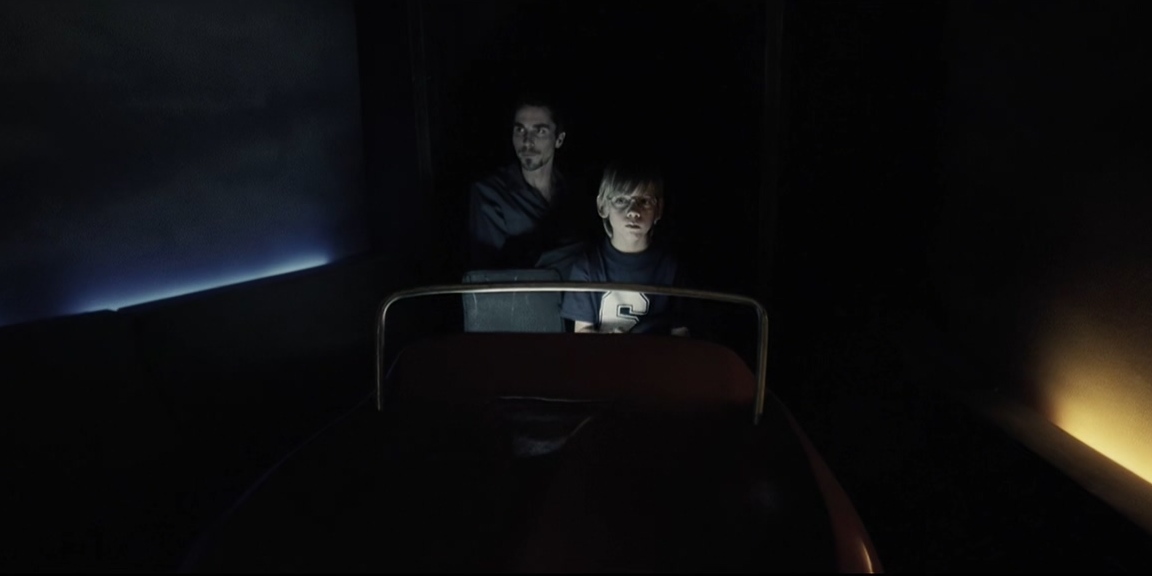 Nicholas asks Trevor the meaning behind the name, and while he explains the meaning of the route, he does not comment upon the number 666. In the 13th chapter of the Book of Revelations of the New Testament, 666 is touted as “the number of the beast.” In Christian theology, the number 666 usually holds negative connotations. Inside the ride, Nicholas chooses the “Highway to Hell” over “Road to Salvation,” and in a re-enactment of the scene in the sewer passage, Trevor is compelled to choose the same.

But in the end, Trevor gives away the truth and, in turn, redeems himself. Therefore, the white cell of the police station can double as a symbolic depiction of heaven. In this reading, Trevor is dead. And as Trevor suffers from the rare condition of fatal insomnia, it can very well result in his death. Therefore, although the film’s ending remains inconclusive on Trevor’s death, we can assume that Trevor dies at the end of the movie.

Who Was the Bald Guy?

The ghoulish bald guy, Ivan, torments Trevor throughout the story. After a friendly beginning, he unveils a menacing air. In the factory, Ivan makes a gesture of decapitation, and Miller’s hand gets cut shortly after. Naturally, Trevor is blamed for the episode, but he realizes that Ivan does not work at the factory. Later at a crossing, he meets Ivan once again. Ivan takes Trevor to a bar, and when he excuses himself to take a leak, Trevor steals a photo from his wallet. 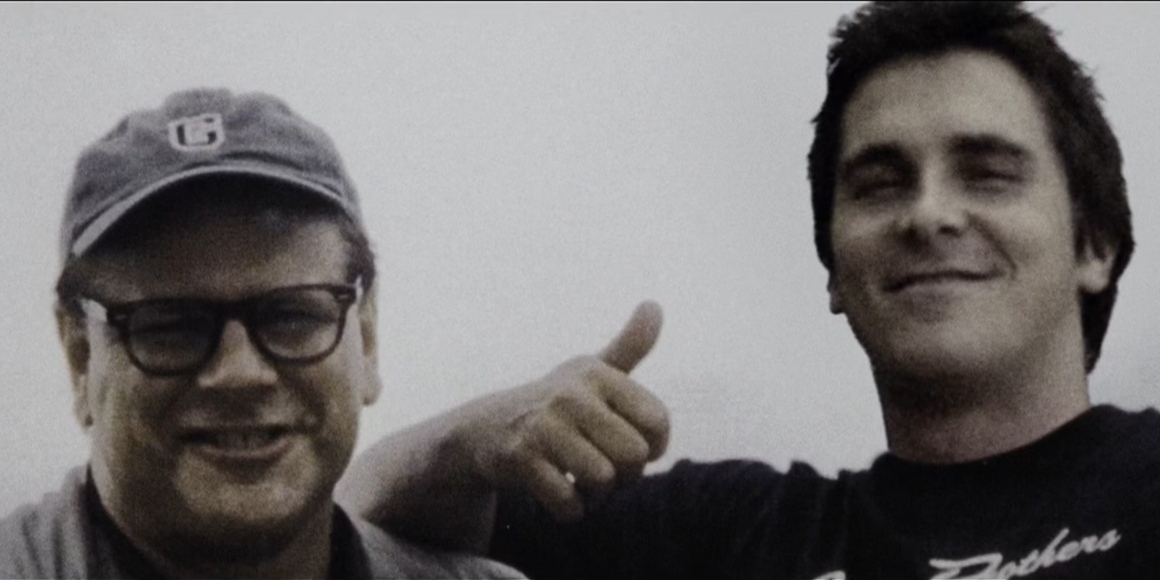 The photo shows Ivan and Reynolds, presumably out on a fishing trip. Trevor loses the photo and scours his room searching for it. He finds the photo at Stevie’s place, who says that Trevor left it the other day in the tip jar. To Trevor’s dismay, Stevie also says that the photo is Trevor’s own. The camera shows us the photo to reaffirm Stevie’s words. Later, Trevor chases Ivan’s car, numbered “743CRN,” and stages a hit-and-run incident to find the owner’s address, but Trevor’s world comes crumbling down when the police divulge to him that it’s his own car. As it turns out, the number is an anagram of the number of Trevor’s Dodge, “NRC347.”

Later still, Trevor catches another glimpse of the car, and he follows it to discover Ivan coming out of the car with Nicholas. Trevor thinks that Ivan has done something to Nicholas, and they end up in a fight, which results in Ivan dying. This turn brings the story full circle, and we see Ivan be the unfortunate person whose body Trevor goes to dump in the water. But here’s another surprise – there is no corpse inside the carpet, and the person holding the flashlight in the beginning scene is also Ivan.

Moreover, the flashlight is owned by Trevor himself. In the final journey of Trevor to the police station, Ivan accompanies him. Whenever Trevor investigates Ivan, the shreds of evidence lead the audience back to Trevor. In the end, the film suggests that Ivan is the manifestation of Trevor’s guilty conscience. He can be Trevor’s diabolical self — the part of him that knows the truth. Coincidentally, Ivan is a character in Dostoyevsky’s novel ‘The Brothers Karamazov.’

Why is The Machinist So Skinny? Is Trevor Anorexic?

Only insomnia should suffice one to send into the state of Trevor, but Trevor can also be skinny due to his anorexia. We sense that Trevor has not opened his refrigerator for at least a year. When he opens the fridge, at last, we are greeted by the vision of a rotten fish. This is probably the same fish that Trevor caught on his fishing trip with Reynolds. However, people suffering from eating disorders usually severely restrict their food intake, and Trevor still shows some appetite.

He goes to the airport café to have his usual coffee and cheesecake, and Stevie occasionally makes him breakfast. However, his food intake is still pretty low compared to healthy standards, and one cannot omit the onset of anorexia. Moreover, with less sleep, neurotransmitters such as ghrelin and leptin are affected, and the brain cannot decide when to consume food. Therefore, it seems that a combinational lack of nutrition and sleep has resulted in Trevor’s sickly disposition.

Who Did Trevor Kill?

Trevor visits the airport café to meet Maria, and on Mother’s Day, he accompanies Maria and her son Nicholas to the amusement park. After the ghastly ride, Nicholas falls ill, and Trevor rushes to find help. Only later in the story do we realize that the episode is a fabrication of Trevor’s mind. After making a scene in Stevie’s apartment, Trevor goes to the café, hoping to be greeted by Maria. But he meets another woman at the café, who tells Trevor that he visits the café every day and stares at his coffee in silence. In the final moments, we perceive the hit-and-run incident that results in Trevor’s present torment. 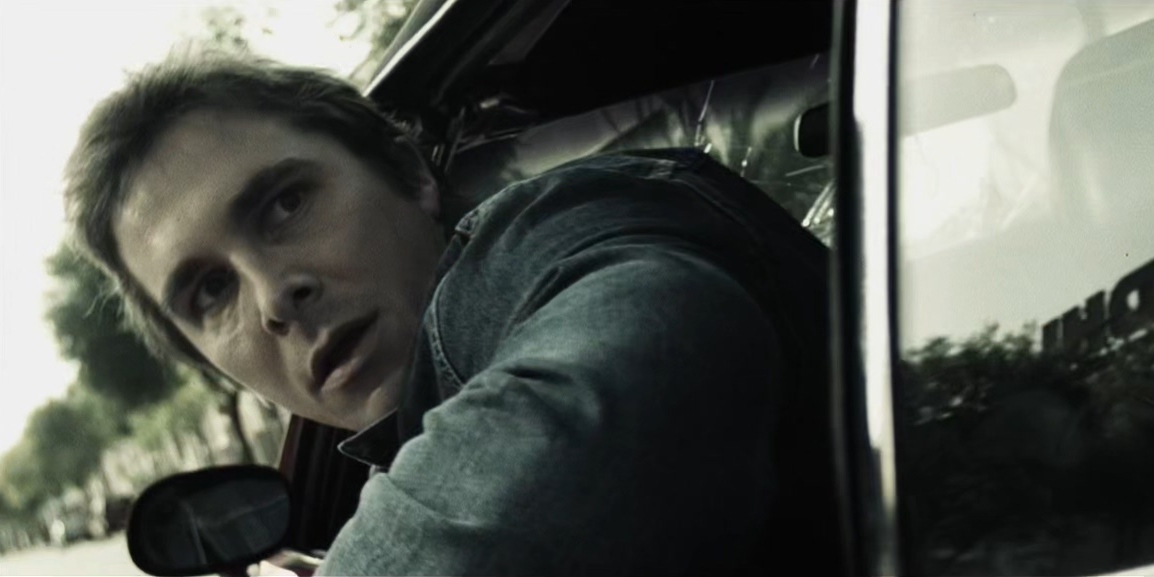 From the scene, it is evident that Trevor killed Nicholas while the latter was crossing the road. As Maria rushes to her son, we realize that Trevor hallucinates at the airport café for a while. However, as Trevor flees the scene after the hit-and-run incident, he can’t know the names of the mother and the son. Upon further probing, we focus on Fyodor Dostoyevsky’s ‘The Idiot,’ a book Trevor is reading in the film till he dozes off. It is perhaps more than a mere coincidence that Maria and Nicholas are two characters from the novel. Therefore, we can also conclude that Trevor mixes up reality and fiction in the downward spiral to some extent.

Why Does The Machinist Use Bleach?

Towards the beginning, we see Trevor cleaning his bathroom frantically with bleach. Shortly after, he runs out of bleach and writes a sticky note to be reminded to buy bleach. On closer inspection, the bathroom does not look dirty enough for emptying bottles after bottles of bleach. It seems that the bleach does not have to do much with the act of cleaning itself, but it is more of a depiction of Trevor’s innate paranoia emanating from his guilt. After the hit-and-run episode, Trevor suffers from guilt, which results in his onset of insomnia. From his guilt emanates the debilitating paranoia that morphs Trevor’s reality. Therefore, it seems apparent that he uses bleach not to clean the bathroom floor but in an attempt to cleanse his tormented soul.