The Magic 5 Shark Tank Update: Where Are They Now? 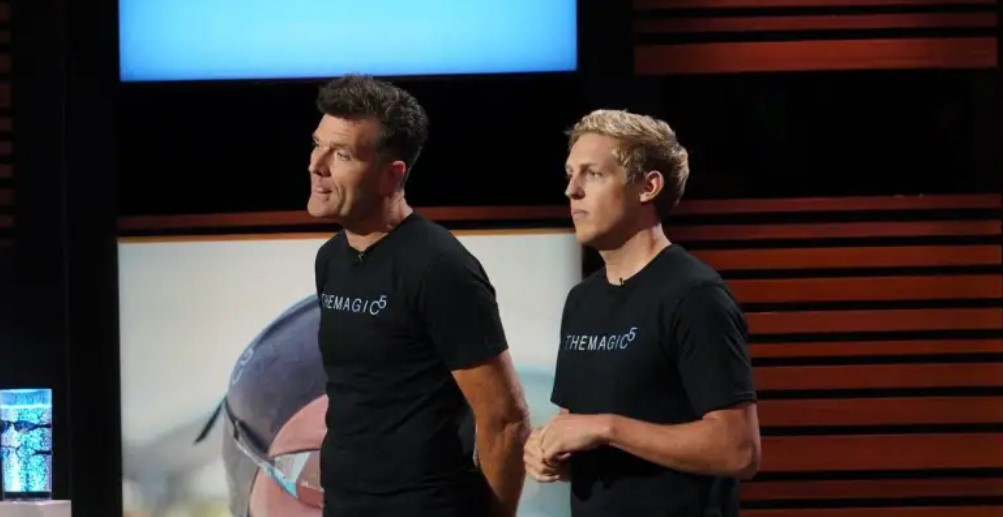 Entrepreneurs Bo Haaber and Rasmus Barfred presented their product, The Magic 5, hoping for a life-changing investment on season 13 episode 3 of ABC’s ‘Shark Tank.’ The Magic 5 is a pair of custom-made swimming goggles aimed primarily at professional and enthusiastic swimmers who are tired of regular leaky goggles. Even though the product seemed to have a niche customer base, it appeared to be quite interesting, and we decided to jump in and discover more about the company.

The Magic 5: Who Are They and What Do They Do?

Originally from Denmark, Bo Haaber completed his DIA from the DTU – Technical University of Denmark in 1993 before completing his MBA in Economics from Henley Business School. Even his professional career has been quite illustrious as Bo was involved with IBM from 1989 to 2007, during which he held various posts inside the company, including Project Manager and Systems Analyst, Sales Representative, Marketing Manager, and Public Sector Director.

In 2007, Bo co-founded TouchDiva Europe A/S, an internet service that offered on-demand music, before going on to become a member of the board at EG Kommuneinformation A/S in 2011. From then on, Bo has been a board member at several reputed companies like EG Team Online, Silkeborg Data, and Immediad A/S. Meanwhile, in October 2010, Bo joined EG A/S as a director and was soon made the Executive Vice President of the company. However, he left EG A/S in April 2017, and in the following month, he co-founded The Magic 5.

Rasmus Barfred completed his Bachelor of Science and Master of Science in International Business and Politics from the Copenhagen Business School. While at university, Rasmus entered Haldor Topsoe A/S as a Financial Planner and was promoted to the position of a Financial Business Partner in 2015. In August 2016, he joined Berlingske Media as a Strategy Consultant before becoming the Executive Assistant to the CEO of BTMX P/S in 2017. Eventually, Rasmus found himself as one of the founding members of The Magic 5 in May 2017, and in 2019 established his own company, Custom Fit Technologies.

The Magic 5 is a pair of specially designed professional swimming glasses that are specially geared towards combating leakage. While Bo and Rasmus are originally from Denmark and are pretty enthusiastic about swimming, they mentioned that they were irritated by the regular swimming goggles, which leak water and often offer an uncomfortable fit. They even asked around and realized that professional swimmers deal with such a nuisance on a daily basis.

Thus, deciding to do something about this problem, Bo and Rasmus teamed up with their third co-founded, Nicholas Granet, who swims for the Denmark National Team, and ended up with the idea of The Magic 5. Incidentally, using the product is quite simple as The Magic 5 has an app that scans the customer’s face while taking orders so that each user can be provided with a pair of tailor-made swimming goggles. Moreover, each pair of goggles are made to feel stable underwater, while the glass is covered in an anti-fogging coating. Moreover, while the founders promise zero leakage, the goggles are also curved in a unique way to help with hydrodynamics.

Where Is The Magic 5 Now?

Co-founders Bo Haaber, Rasmus Barfred, and Nicholas Granet launched The Magic 5 in May 2017 and soon started a Kickstarter campaign that helped raise around $100,000. They then asked their early backers to get their faces scanned, and the first products were shipped in February 2018. Moreover, while the entrepreneurs were pleasantly surprised to witness the positive response, they knew they had to lessen the time between scanning and shipping. Besides, they even constructed a production facility in Charlotte, North Carolina, and began running the business from there.

While on ‘Shark Tank,’ Bo and Rasmus asked for $500,000 in exchange for a 2.5% stake in their company. Naturally, the Sharks were quite impressed with their numbers, and after some back and forth, Robert Herjavec ended up offering them $1 million for 6.5%, which the founders happily accepted. However, much to everyone’s surprise, Mark Cuban also wanted to be a part of the deal and ultimately shared the $1 million investment with Robert for 3.25% of the company each.

You would be glad to know that the ‘Shark Tank’ pitch gave The Magic 5 some much-needed exposure, and it did not take long for sales to increase exponentially. Apart from reporting sales of about $2.6 million in 2021, the company valued itself at $15 million and was also featured in prestigious publications, including Men’s Health, The New York Times, and Today, among others. Due to the customized nature of the product, customers can only purchase The Magic 5 from its official business, which takes around five days from scanning to shipping.

Moreover, while the goggles come in different colors and styles, a single pair will cost anything between $55 to $65. Nevertheless, the company offers discounted bundles for customers who want to purchase multiple units. Witnessing The Magic 5’s incredible success has been quite inspiring, and we are sure that the company is heading for further greatness in the years to come.