The Man Who Fell to Earth Episode 2 Recap and Ending, Explained 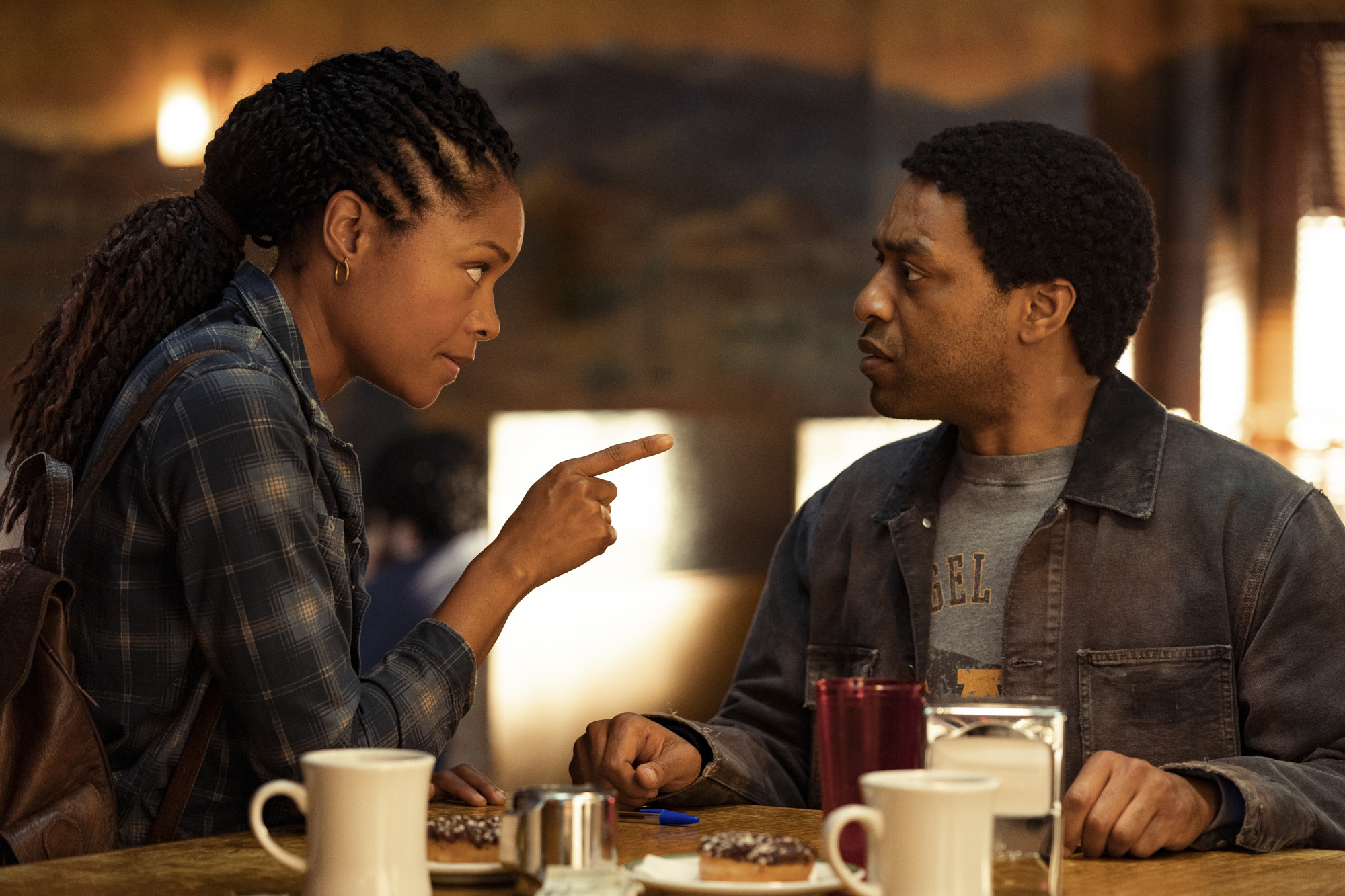 ‘The Man Who Fell to Earth’ episode 2, titled ‘Unwashed and Somewhat Slightly Dazed,’ starts with the titular character, Faraday, in exactly that state. Emerging from a tornado with fresh instructions, our hero sets off to his next destination, Seattle. Meanwhile, Justin Falls’ bewildering adventure continues as she unwillingly becomes a part of Faraday’s mission.

We also get some glimpses of the ominous Newton, who seems to walk the line between humans and aliens. It was also only a matter of time till the CIA joined in the fray, which they now do. There’s a lot to untangle in ‘The Man Who Fell to Earth’ episode 2. SPOILERS AHEAD.

The Man Who Fell to Earth Episode 2 Recap

Episode 2 picks up directly from the opening chapter, with Faraday and Newton conversing in a strange, dreamlike forest. The latter, it is revealed, is also from the distant planet, Antheon, and came to earth in search of water. However, he seems to have become distracted by earthly vices and is now bitter. Newton also confirms that Faraday has made contact with Justin Falls and then orders him to head to Seattle.

After his conversation with Newton, Faraday emerges from the tornado covered in mud. Initially there to try and rescue him, Justin drives away after being shocked at his appearance. The alien then makes his way to a nearby diner where the kindly waitress, after a spooky interaction with Faraday, points him to the airport so he can get to Seattle. However, the radiation at the airport makes him panic, and after getting arrested, Faraday once again requests that Justin pick him up.

Meanwhile, the aliens’ rendezvous inside the tornado catches the attention of intelligence agencies, who realize that a very similar “anomaly” occurred forty-five years ago. The only living member of the CIA who was present during the first anomaly, Dr. Gregory Papel, now lives in a forest in Alaska. When agent Spencer Clay finally tracks him down, the doctor is in a disturbed state of mind and kills himself after spewing largely incoherent warnings.

The Man Who Fell to Earth Episode 2 Ending: What Does Faraday Do to Justin’s Father?

Back in Justin’s home, Faraday expresses his surprise that her ailing father is still kept alive. The alien cannot understand why valuable planetary resources are being spent on a being that’s past its prime.

When Justin refuses to take Faraday to Seattle, saying she needs to take care of her father, the alien walks in on the ailing man when he sleeps and gently begins squeezing his throat. Soon, Josiah Falls’ neck begins to glow, and the episode closes with him standing over Faraday, who has fallen to the floor.

The closing scene gives us another tantalizing glimpse of Faraday’s otherworldly powers, including supersensitivity to multiple stimuli and the slightly hilarious ability to regurgitate gold. By touching Justin’s father, Josiah, the alien seems to have cured him of the crippling degenerative disease ailing him. The closing scenes depict the frail and aged man now standing straight and regaining control of his hands. Justin is also shocked at her father’s appearance.

However, it seems like Faraday cannot just cure someone but merely take on their ailment. Thus, we see Faraday on the ground, now suffering the same ailment as Josiah. The motive behind this seemingly self-destructive move is the alien’s new directive from Newton.

Faraday mentions that the fastest way for him to get to Seattle would be for Justin to drive him. Since Justin cannot leave due to her ailing father, Faraday cures him, thinking it will convince her to take him to Seattle. It remains to be seen whether Justin agrees, but considering the hefty price Faraday has paid to cure her father, it seems like she will.

Why Does Faraday Want to Go to Seattle?

Faraday wants to go to Seattle in search of a company called Origin. At the beginning of the episode, Newton briefly (and bitterly) mulls over the tech company he formed, which was subsequently “taken” from him. Bidding Faraday to get it back, Newton orders him to head to Seattle. With no further instructions heard, it remains to be seen what Faraday will do when he gets to Origin. The meeting with Newton and his orders also strongly hints that the bitter-looking alien, who has been on Earth for much longer than Faraday, has his own schemes and isn’t looking out for his home planet’s best interests.

Why Does Dr. Gregory Papel Kill Himself?

Dr. Gregory Papal is a CIA psychiatrist who was present when, forty-five years ago, a tornado similar to the one Faraday encounters occurred. Through broken sentences, the doctor reveals to the CIA agent that the first being was caught and tortured by Gregory and his colleagues. He goes into details, saying the interrogators poked the alien’s eyes out and turned him psychotic. Shortly after revealing this, Dr. Gregory shoots himself.

From his paranoid demeanor, it is clear the aged doctor is afraid. The reason is likely because all his colleagues from the time they encountered the first alien are now dead. Therefore, Dr. Gregory fears he is soon going to meet the same fate. He also feels immense guilt and regrets torturing the alien and turning it into a vicious creature. It is seemingly for these two reasons that the doctor kills himself. Also, in case you missed it, the alien that Dr. Gregory tortured all those years ago is most likely Newton.