The Man Who Fell to Earth Episode 1 Recap and Ending, Explained

Showtime’s ‘The Man Who Fell to Earth’ follows the intriguing story of an alien who lands on the planet under mysterious circumstances. His mission — save his own planet. Episode 1 of the sci-fi series introduces Faraday (Chiwetel Ejiofor), the being in question, and the human woman who is essential to his mission. The opening chapter throws a lot at us, depicting Faraday’s initial landing and a point in the future where the fact that he’s an alien seems to be common knowledge. If you’re just getting into the show, we’re here to get you caught up on all the details of ‘The Man Who Fell to Earth’ episode 1. SPOILERS AHEAD.

The Man Who Fell to Earth Episode 1 Recap

Episode 1 opens with Faraday giving a talk to an enthralled audience where he describes himself as an enigma and a being full of secrets. The audience, who seemingly knows that Faraday is an alien in human form, responds enthusiastically and listens to him describe his first moments on the planet. The narrative then goes back to Faraday’s initial moments after landing, where he is quickly arrested after being found trespassing private property naked. At the police station, he asks for Justin Falls (Naomie Harris), who inexplicably seems to be the only woman he knows.

Faraday begins to pick up Earth language through his interaction with the police officers and his acutely sharp sense of hearing. When Justin arrives and claims to have never seen him before, the alien is let go by the police. He subsequently regurgitates a startling quantity of gold and, having pawned it, sets off toward an unknown destination. Justin subsequently comes across Faraday and, after saving him from two thugs, finally gets convinced to help him. The alien, who displays remarkable mathematical intelligence and knowledge about Justin’s past as a physicist, claims that he needs to be at a place called Shiprock to receive instructions.

En route to Shiprock, Justin stops to pick up medicines for her ailing father, which she is forced to purchase illegally. The diversion irritates Faraday, who claims it is crucial he reach his destination at the designated hour in order to get his instructions. After a brief quarrel, Justin drops Faraday off at Shiprock and turns her car to leave. However, a massive encroaching dust storm makes her fear for his safety, and she returns, only to see Faraday walking into a violent spire of dust.

The Man Who Fell to Earth Episode 1 Ending: What is in the Box?

Justin takes shelter in her car and watches helplessly as Faraday disappears into the dust storm. He then appears in a calm forest, which looks like Earth but seems to be a version of his home planet, Antheon. A sinister man in a black hat who appears to have power over Faraday also appears in the forest and ominously tells the alien that he will be turned into a god that people can’t ignore.

We are then taken back to the present-day timeline, where Faraday reveals a small gray box while speaking in front of an audience. Saying that he is full of secrets, he acts like he is about to open the box. The cliffhanger ending of the first episode leaves many questions about the small box Faraday is holding. From the few scenes at the end, it appears that it might hold the source of the mysterious power that the man in the black hat bestows upon Faraday.

Thus, all we know is that opening the box is going to create a dramatic effect that will make our otherworldly hero appear to be a “god.” So far, Faraday hasn’t shown any signs of malice, and though he does say to his audience, “Don’t say I didn’t warn you,” it seems unlikely at this point that he will harm them by opening the box. Of course, there is also the possibility that Faraday himself doesn’t yet know what is inside the object or the effect it will have on those around him.

Where is Faraday From? Does He Go Back?

Faraday is from a faraway planet called Antheon, where his family awaits his return. From the few details we get in episode 1, it seems his home planet is exceedingly hot, which is why Faraday keeps drinking water. It also appears that Antheon is going through an existential crisis and Faraday’s mission is to save his homeworld and his family.

At the end of episode 1, it appears that the alien is seemingly transported to his home planet, which closely resembles an Earth forest (including spiders). This could be why Faraday can survive in the Earth’s atmosphere, given his planet has a relatively similar environment. However, as the man in the black hat claims, the version of Antheon that Faraday sees at the end of episode 1 is not the one that he remembers, meaning that Faraday might just be hallucinating after stepping into the dust column. Most likely, with his mission still incomplete, the alien is still on Earth.

Who is the Man in the Hat?

The man in the black hat seems to have some kind of power over Faraday and could be one of the “Adepts” that he mentions. In his conversation with Justin, Faraday explains that his people are divided into Adepts and Drones, with the former in charge of making plans and the latter responsible for carrying out said plans. 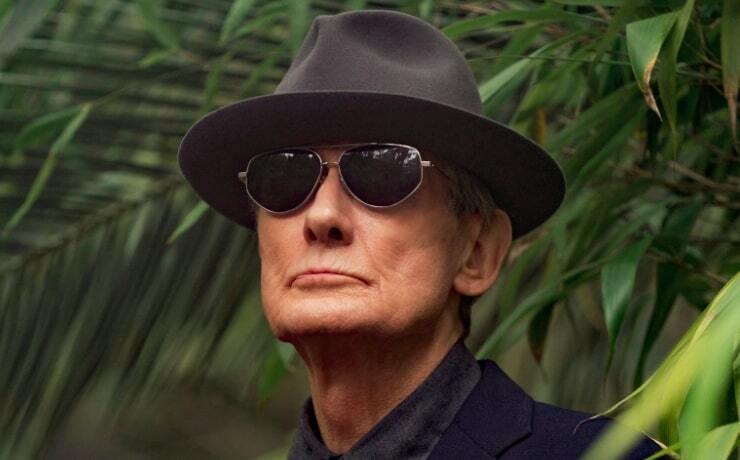