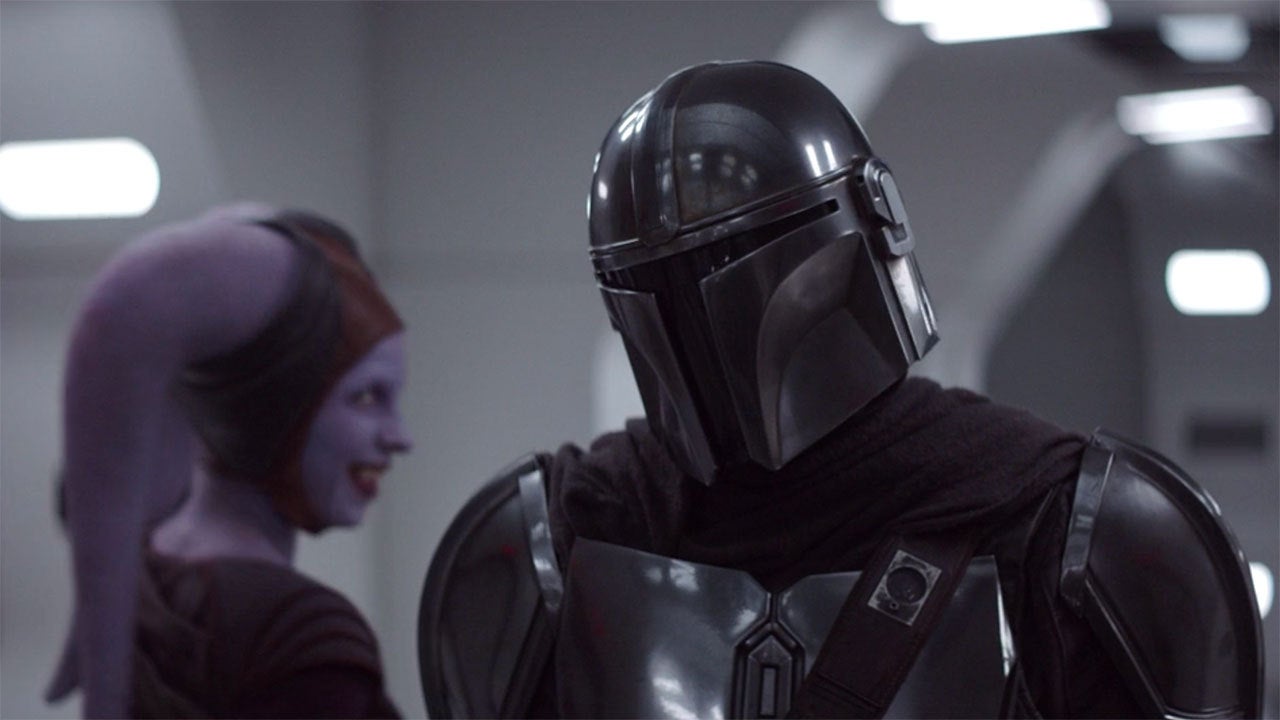 The last couple of episodes had seen the Mandalorian going off on side missions, as he attempts to evade the bounty hunters with valuable cargo, that is, baby Yoda, on board. However, we did point out that the previous episode of the Disney+ show seemed rather formulaic and did not take the plot anywhere new.

Episode 6 more than makes up for it, by giving us a fleshy story with moments of action and character insight.

Episode 6 of ‘The Mandalorian’ is titled ‘The Prisoner’ because it involves Mando teaming up with a group of bounty hunters to bust a prisoner out of confinement. The team is put together by an individual named Ran, and we are given to understand that he and Mando used to work jobs together, where things often got messy. We also meet a team member, Xi’an, and understand that she and Mando might have had a thing in the past.

The bounty hunters do not hesitate in telling Mando that they want him on the mission just for his ship. The insults are heaped on as the members make fun of Mando, referring to his dark past, urging him to take his mask off, and even casually mentioning the fact that his entire race is dead. Although it is not exactly true, the comments come off as mean, and make it clear that Mando is very much an outsider amongst these mercenaries. To make matters worse, he is not even allowed to fly his own ship.

Viewers might be wondering where baby Yoda is all this while, and some mercenaries discover the child that Mando hid. They do not seem to recognize its race, because Yoda’s race is very rare in the ‘Star Wars‘ universe. However, there is not much time to ponder on this as the ship is maneuvered deftly to escape the radars of the New Republic Prison Ship. It would be interesting to note here that Mando was initially averse to the plan because it would bring a lot of heat on him, but hearing the ship was guarded by droids, made him change his mind. Looks like there’s still no love lost between Mando and the Droids.

Once the mercenaries board the ship, they come across some prisoners. Conflicts are avoided for the most part with a combination of stealth and ruthless effectiveness when needed. Ultimately, acting on their intel, they reach the control room to find an officer there. A tense standoff follows, and despite the Mandalorian trying to save the officer’s life, he is killed by Mando’s teammates. Before dying, the officer is successful in sending out a distress signal. This puts the team on the clock because they have 20 minutes to extract the prisoner and escape before reinforcements arrive.

It is a common enough motif to speed up the narrative and works wonders. Mando is seen in action, taking out quite a few of the guards, and his teammates hold their own. Finally, they reach the prisoner, Qin, who takes no time to reveal that he is prison thanks to the Mandalorian, in the first place. Mando’s teammates are not too glad on hearing this and proceed to lock up Mando in the same cell. Now, one thought immediately enters our minds. The team intends to leave with Mando’s ship and collect his pay. We know this means that they will have baby Yoda with them as well, and the kid will be unsafe.

Luckily, Mando is way too efficient to let any of that happen. He makes his escape from the cell and puts the entire ship on lockdown. The following sequence is almost like a game where Mando faces all the different members of the team, taking them out. There is a sense of inevitability as the mercenaries know that Mando is coming for them. They might be trained killers, but Mando is unstoppable. There are a couple of tough fights before Mando manages to get to Qin. The latter begs for forgiveness, but before we see what Mando does, the scene cuts to his ship where the pilot, Zero, begins to realize the possible value of baby Yoda.

A tense hide and seek game commences, and when the two come face to face, it appears as though baby Yoda might use the Force again. However, Mando arrives and dispatches of Zero. We also see that Qin is alive. Mando takes him back to Ran and leaves with the bounty. Qin thinks all is well, but Mando has placed a beacon on him and the Empire’s pilots blow Qin up. The end of the episode cuts back to the prison ship, where we see some of the mercenaries still alive and locked up.

Episode 6 of ‘The Mandalorian’ remains a side quest, but it does develop on the character arc. We know a little more about Mando from the team of mercenaries. They seem to know him better than the viewers, so their inputs are insightful. The backstory is also strategically placed, insofar as we know about Mando’s bounty hunting past and not his traumatic childhood.

Meanwhile, baby Yoda seems to have receded to an afterthought despite potentially being one of the most pivotal beings in the universe. With only two episodes left to go in the first season, the show does not have much time to get back to the original story, and while the current episode has been thoroughly enjoyable with well-shot fight scenes, we were hoping for a return to the topic at hand. Hopefully, Episode 7 will take us exactly there.