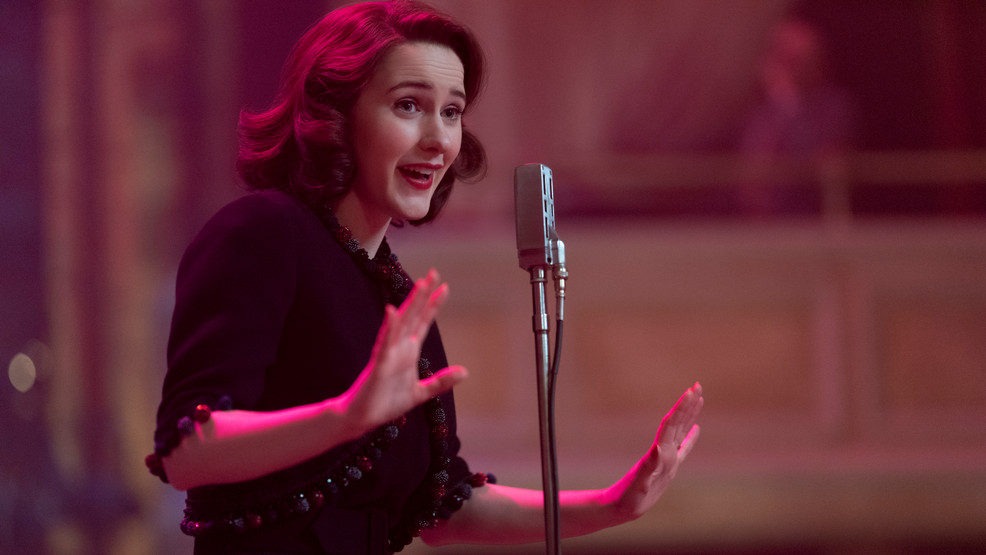 In episode 5 of the fourth season of ‘The Marvelous Mrs. Maisel,’ Midge (Rachel Brosnahan) is invited to Shy Baldwin’s wedding and sees him for the first time he left her and Susie (Alex Borstein) behind on the tarmac. Susie struggles to hire a secretary and later arranges for Sophie to appear at a popular talk show. Rose (Marin Hinkle) receives an invite from a lucrative client. In episode 6, Susie’s new secretary proves overwhelmingly good. While trying to convince Susie to be her manager again, Sophie offers Midge the chance to open for her at her new game show. Almost predictably, Sophie soon reverts to her insecurities. Meanwhile, Joel (Michael Zegen) receives unexpected news, and Rose meets the matchmaking mafia. After one more hit piece, Midge meets L. Roy Dunham. Here is everything you need to know about the ending of ‘The Marvelous Mrs. Maisel’ episode 6. SPOILERS AHEAD.

Episode 5, titled ‘How to Chew Quietly and Influence People,’ begins with Susie trying to hire a secretary for herself. After going through numerous candidates and rejecting all of them, she heads out of her office/home. When she returns in the evening, she finds a young African American woman sitting there. She is there for the secretarial job. Her meeting with Susie was scheduled in the afternoon, but the latter completely forgot about it. Recognizing the girl’s resilience and calm energy, Susie hires her.

Joel manages to convince Mei to meet his parents, but she gets sick on their way to the Maisel household. This episode makes you believe that it’s just her nerves, but it is revealed in episode 6 that she is pregnant. That brings a whole new dynamic to this relationship. Joel and Mei were getting progressively serious about each other. This puts both of them on the spot. Now, their decisions will dictate the future of their relationship.

Midge and Susie attend Shy’s wedding with Monica and discover that Shy’s entire team, including Reggie, has been replaced. His talent managers try to bribe Midge, believing that money will keep her mouth shut. Idealist as always, Midge refuses, much to the exasperation of her own manager. Rose meets up with wealthy and affluent Mr. Melamid at the latter’s horse ranch and accepts the job of finding suitable matches for his two daughters. Meanwhile, Susie ensures a spot at the Gordon Ford Show for Sophie.

Episode 6, titled ‘Maisel vs. Lennon: The Cut Contest,’ starts with Lenny waking up in Midge’s home. It turns out that Midge left the car hastily towards the end of episode 5 because she spotted Lenny on the side of the road, as drunk as anyone can get. Sophie’s successful outing at the Gordon Ford Show gets her the game show gig, and she showers Susie with gifts, hoping to convince her to be her manager again. Remembering what happened the last time, Susie resolutely refuses. That is when Sophie comes to meet Midge at the latter’s home.

Midge and Sophie’s professional relationship was always going to be volatile. While at the strip club, Midge has the chance to say whatever she wants. A part of her has to understand that it is a dead-end gig, no matter how much she improves the venue. Sophie’s offer allows her to find her way back to the mainstream once more. In return, Midge has to ensure that Susie becomes Sophie’s manager once more. Realizing that this is an excellent opportunity, Midge speaks to Susie, and the latter reluctantly agrees. When the designated day comes, the two of them show up on the set of Sophie’s game show. Midge quickly wins over the crowd and even stays away from mentioning any body parts.

Sophie walks onto the stage and becomes jealous, hearing how positively the audience is responding to Midge. This circles back to something that Lenny tells Midge earlier in the episode. After realizing that Midge has brought him to her home, he gets incredibly agitated and tries to draw a line in their relationship, which he apparently thinks should be applied to any two comics. And Sophie seems to embody at least some of them. She has proven time and again that she can be petty and vindictive. When she once more witnesses how natural Midge is as a comic, those spiteful emotions stir up within her once more.

However, this time, Midge refuses to give ground. So, what follows is a passive-aggressive back-and-forth exchange that quickly devolves into an utter trainwreck. But it is highly unlikely that either of them will sever their professional ties because of this. Midge needs this gig, and Sophie needs Midge because of Susie.

Will Rose Stop Being a Matchmaker?

In episode 5, Rose receives a scented letter from an unknown person with a single word written on it: “Stop.” In episode 6, she discovers that it was sent by a secret organization of matchmakers that controls the entire arranged dating scene of Manhattan. These women have split the boroughs up among themselves and have no inclination to let an upstart like Rose gain footing in their sector. They ignored her until she landed the Melamid sisters. The wealth of their father is the primary reason for their interest. They tell Rose to stop working in Manhattan, and she seems to accept. Either the writers are ready to take her character to a whole different path, or there is a conflict looming in the near future for Rose.

Read More: Who Was Brian Tarantina’s Jackie in Marvelous Mrs. Maisel? How Did He Die?