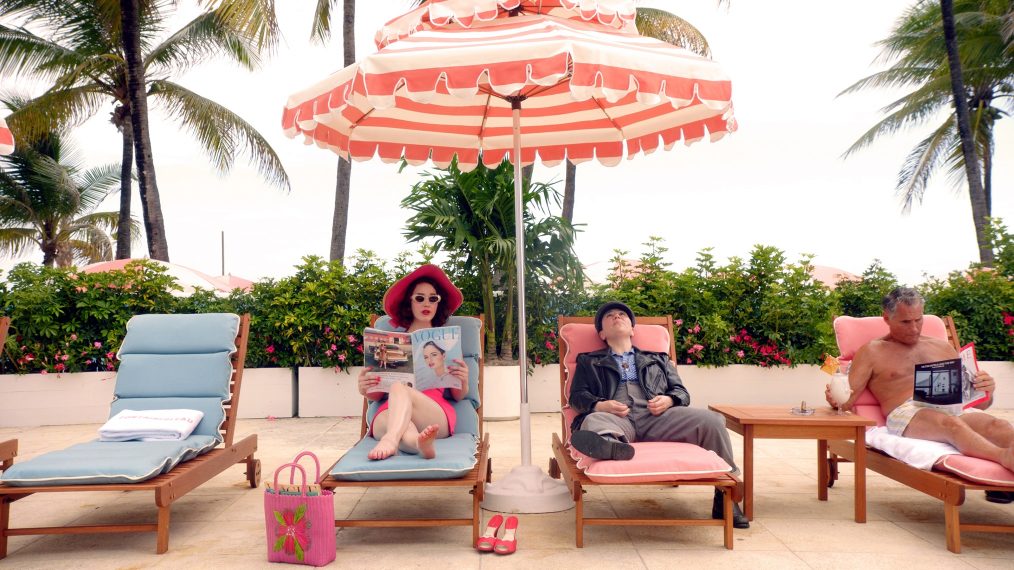 ‘The Marvelous Mrs. Maisel’, Amazon Prime’s ingenious period drama on a woman making it big as a stand-up comic in the 1950s, has extraordinary characters. From the lead to the supporting roles, each one of the characters shine in every scene. But at its core, the show is about our beloved Mrs Maisel, Midge, as she discovers her new side, struggling with her relationships, and questioning the choices she makes for her passion.

The show, with its first season, starts from the late fifties, and with its latest season, we slowly approach the sixties. Yes, things are definitely changing. This is seen as the latest season focuses on the growth of its female characters, while also introducing strong characters from alternate races, something that was missing in the previously white-washed universe of ‘Mrs. Maisel’.

The fifth episode of the season, titled, ‘Comedy or Cabbage’, offers a much-needed change in scenery for the characters with Florida, as Midge and Susie grow tired of Las Vegas by the end of the previous episode. Understandably so, as there is a drunk marriage to an ex-husband involved, along with some mobster action and gambling, you know, your usual stuff. This episode also becomes significant as it offers necessary dialogues on the consequences of the choices Midge makes, and the guilt that comes with being a mother who wants to make a career.

The fifth episode of the latest season kicks off with our favourite duo, Midge and Susie, trying to make it big, in the disastrously humid Florida. We have Susie absolutely miserable with the weather, offering us some hilarious highlights with lines like, “Why do Jews do this to themselves? Find terrible places and go live there? Hey, here’s a piece of desert, surrounded by people who hate us. Where do I sign?” This is followed by Midge forcing Susie into the pool as she tries to teach her to swim.

Susie, then gets a call from Sophie Lennon, who tells her to fly back to New York as she is having trouble with her Broadway rehearsals, leading Susie to fly back. But before that happens, Midge offers Susie some good advice and tells her that she needs to be tough on Sophie just like she is with Midge. At play rehearsals, we have Sophie throwing tantrums as she thinks she is not being taken seriously, as Susie manages her, quite literally. In New York, we also have Joel working on his club as he prepares to get a liquor licence. His relationship with Mei blossoms, but it’s hinted that the liquor licence could potentially stir up a conflict between the two.

The scene then shifts to Abe and Rose as they continue to have a really hard time living with Moishe and Shirley. Abe is not allowed to have his phony revolutionary friends at their place, who are working with him on the paper (not such a bad decision, in my opinion). We also learn about his growing frustration with the youngsters as he realizes their ignorance. Rose has a major meltdown on the streets as she screams at Shirley while the neighbours watch. This eventually leads to the two of them hopping on a cab and making an impulsive decision to go meet Midge, in Florida, in order to escape the Maisels.

With Susie away, the episode has Midge bonding with Carole over dinner as they discuss how life on tour is for a woman. An important conversation between the two about motherhood and the guilt that it comes with, along with the loneliness that comes with touring. On being asked if she feels guilty for leaving her kids behind, Carole simply says, “My dad was a travelling salesman. Gone six days out of seven. Nobody thought twice of it.”

One of the most important bits of this episode has Midge and Lenny Bruce bonding with each other, as he takes her out for a TV party, and then for dinner. The two share an intimate moment as they dance together, and eventually end up at Lenny’s hotel. But they change their minds, and Midge leaves. The episode ends with a tiny glimmer of hope for the two of them, as Lenny calls behind her and says, “Maybe someday. Before I am dead.”

The beauty of ‘The Marvelous Mrs. Maisel’ lies in its relevance to our times even as it is set in the late 1950s. This, it offers through its marvelously flawed yet lovable characters, no matter big or small, no matter how long they are present on-screen, each of them shines and become the hero of their own stories. The fifth episode of ‘The Marvelous Mrs. Maisel’ is about those heroes, as Susie, Carole, Lenny Bruce, and even Zelda, steal the show with their scenes and their strong performances.

The episode, as always, offers some of the most hilarious moments with the use of its cutthroat dialogues, its silences, and its music. But this episode becomes more than that as it focuses on the consequences of the choices artists make for their career, the homesickness and guilt that come with it. But in its own ways, it’s all worth it. As Carole says, “You travel the world. You answer to no one.”

Lenny and Midge’s interaction also gains relevance here as even when no words are said to discuss it, it sheds light to their loneliness and the lack of permanence the two experience. Their almost coming together says so much more than what words would allow me to say. Over all, with the latest season, and especially with the fifth episode, the show touches upon some more serious subjects, which I personally believe, becomes necessary, in order to do justice to Midge’s story and her struggles.