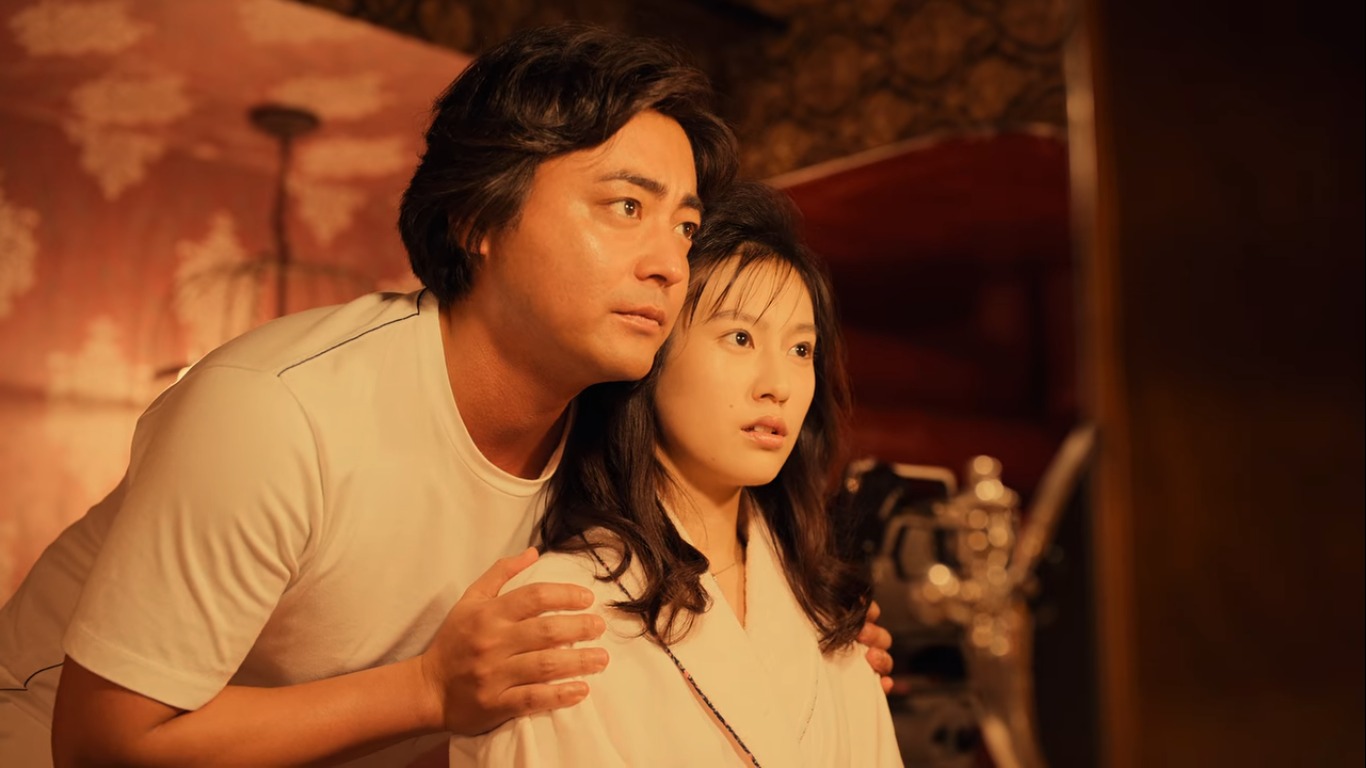 Toru Muranishi returns as the tighty-whities clad porn director in ‘The Naked Director’ season 2. We see him start at the top of his game this time around, with a vast adult video empire. The titillating Kaoru Kuroki also returns and is now a well-established celebrity and advocate of Muranishi’s projects. But times are changing and a wave of satellite broadcasting is once again shaking up the volatile world of entertainment. The prolific adult video director, in an attempt to stay ahead of the curve, stakes his fortune on the new technology, but does it allow him to “rain sex from the sky” as he hopes? Let’s take a closer look at the second installment of Muranishi’s incredible journey. Here is ‘The Naked Director’ season 2 ending, explained. SPOILERS AHEAD.

Season 2 opens with Muranishi’s adult video company Diamond Visual flourishing. Much like its predecessor Poseidon, Muranishi’s company has now started churning out videos with a harem of actresses. His old AV (adult video) store owner contacts him to complain about the plummeting quality of his productions but Muranishi seems distracted and remains disconnected from the filmmaking process. When his banker Mr. Honda tells him about the revolutionary new satellite broadcasting technology, the director gets obsessed with broadcasting his films. He fondly calls it “sex raining from the sky.” 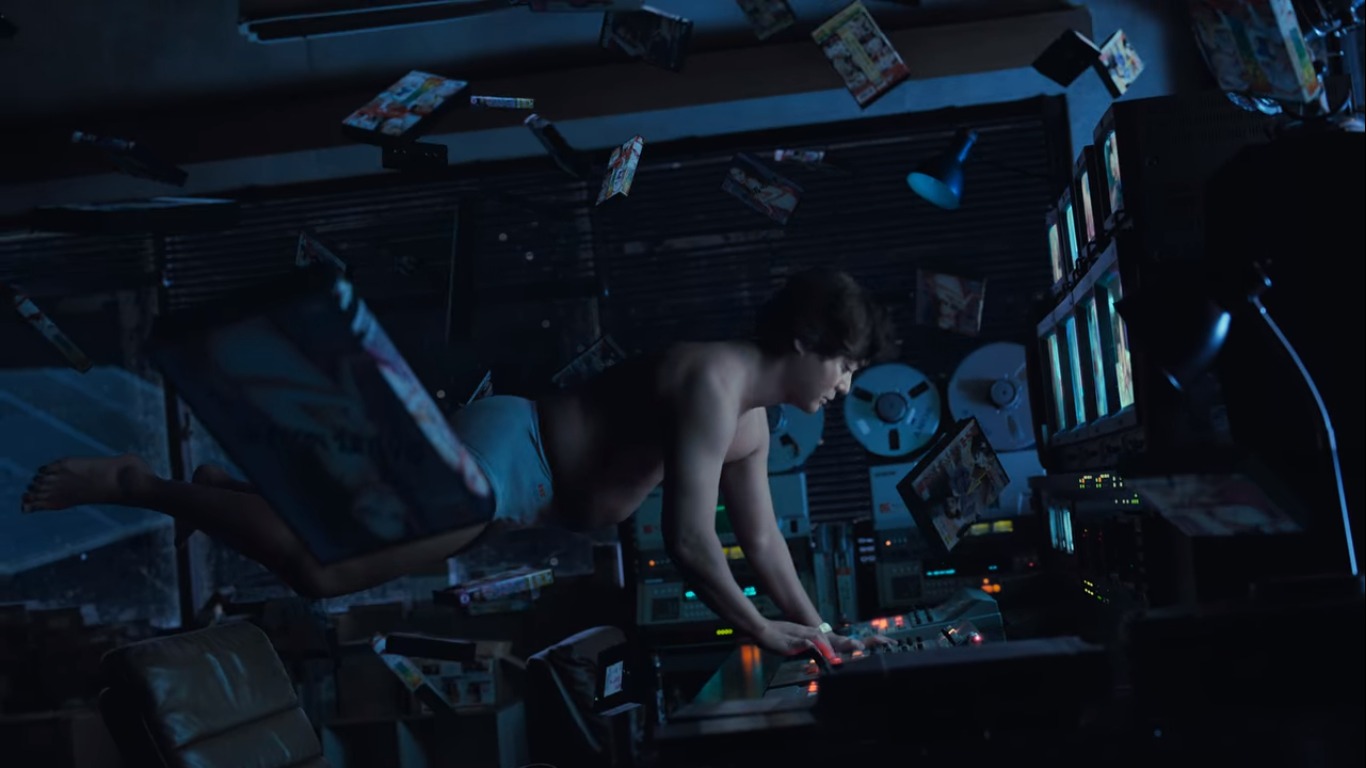 His muse Kaoru Kuroki, who has been riding a wave of popularity since her debut, continues her campaign of advocating the open expression of sexuality and Muranishi’s work. Her popularity makes her the first adult actress to get a commercial advertisement deal, but the shoot leaves Kuroki feeling hollow and unfulfilled. She realizes her true self is only revealed when Muranishi directs her and she attempts to get him to consider making another film together. When he brushes away her request, Kuroki tricks Muranishi into making her the star of his next project. This is the first sign of the growing rift between the two pornography visionaries.

Muranishi, in true form, invests all he has into purchasing a broadcasting station. Though his shows are a success, the unforeseen costs of running the network make Muranishi desperate for money. His focus on making his channel a commercial success makes Kuroki finally decide to leave him and Diamond Visual. Other loyal members now also begin to leave Muranishi’s side, including Kawada, the president of their company. 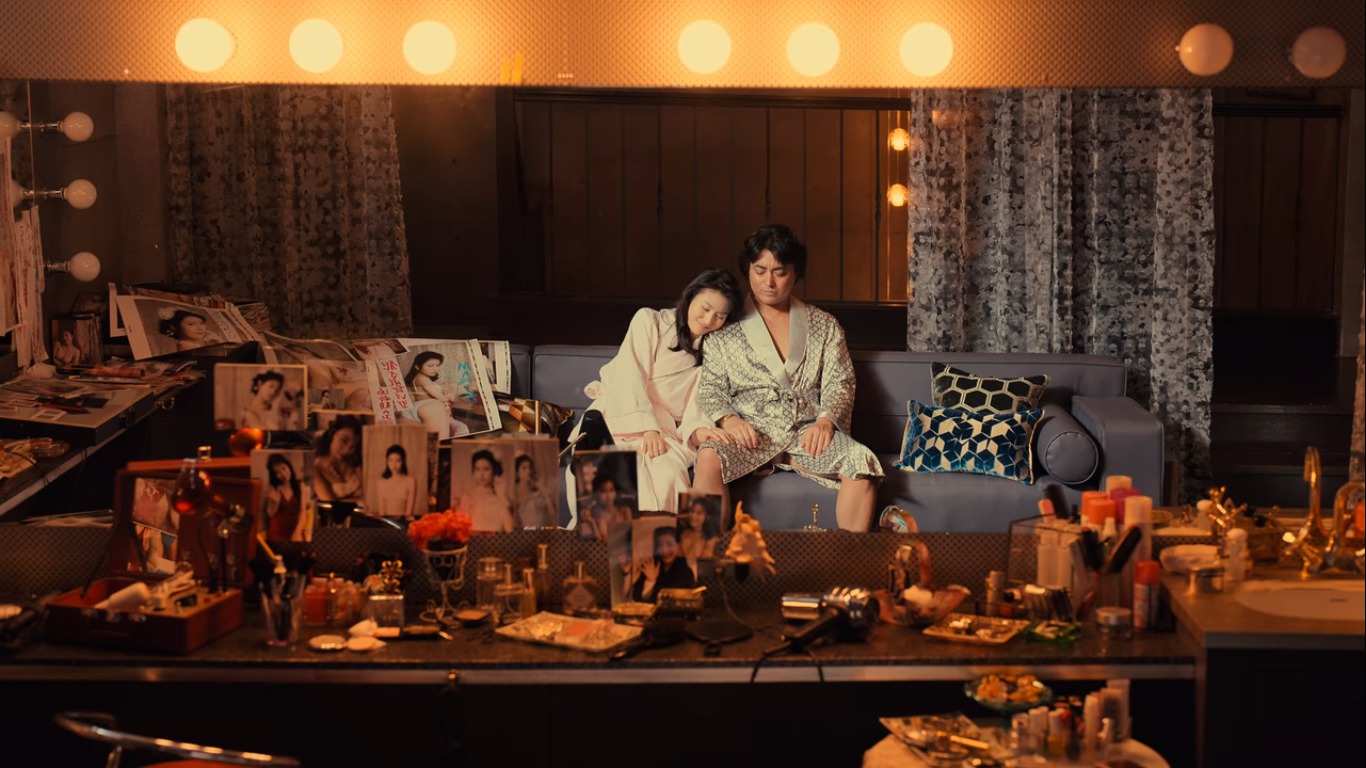 As a last resort, the director borrows money from the sinister Yakuza boss Furuya and against all advice spends it on keeping his broadcasting channel afloat. Unable now to even pay his employees and actresses, Muranishi soon finds himself alone, with his entire crew having abandoned him. Things take a further dark turn when Kuroki attempts suicide and jumps from her apartment balcony.

The Naked Director Season 2 Ending: Does Toshi Sacrifice Himself for Muranishi?

When the naked director finally arrives at the hospital, he sees Kuroki being cared for by her religious mother who had strongly opposed her daughter’s career in adult videos. Convinced that he has lost his muse for good, he attempts to unsuccessfully steal the master copy of her debut tape from Kawada. The next day, Furuya’s men show up at Kawada’s small adult video operation and demand that he pay back the money Muranishi borrowed from their boss. 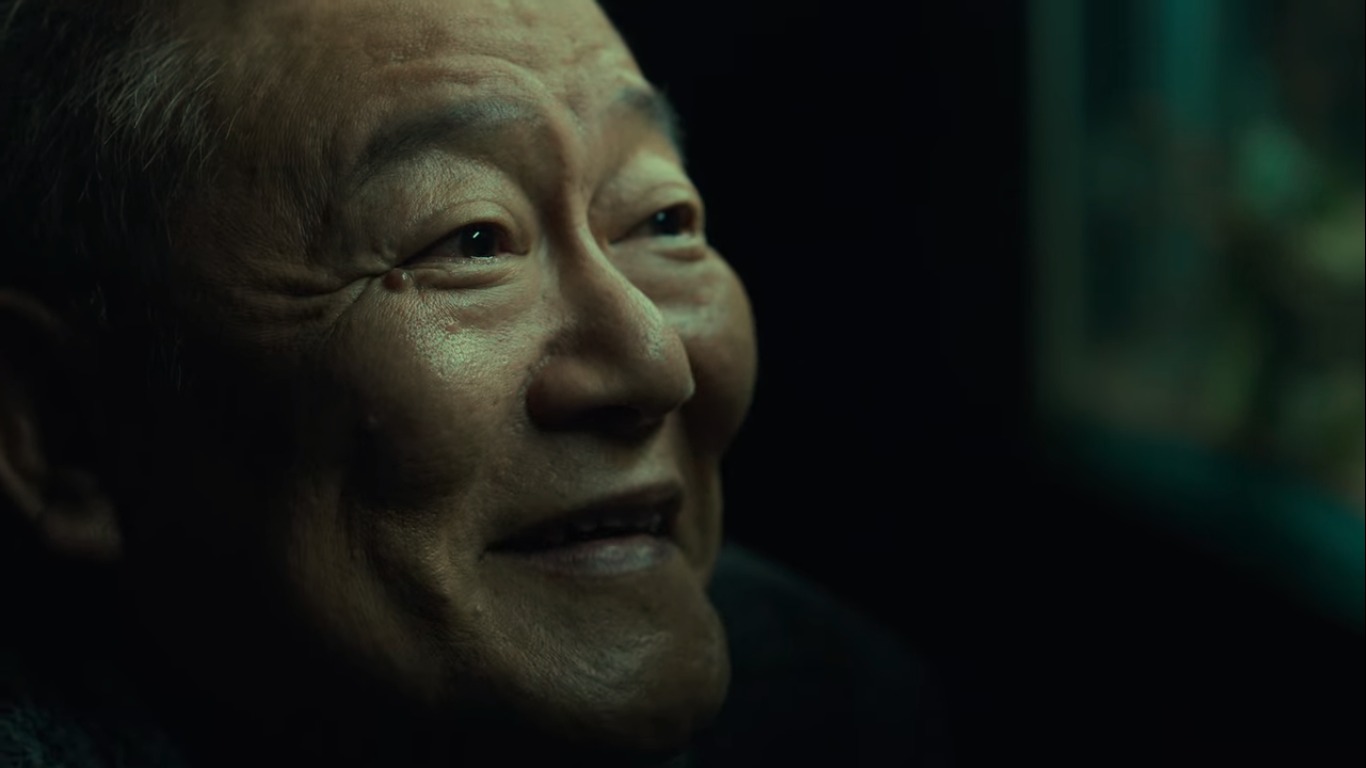 Toshi, who has recently gotten out of the dangerous gangster’s clutches, then finds Muranishi and first attempts to kill him but eventually lets him live. Instead, he drives to Furuya’s lair and shoots the mob boss squarely in the face. Predictably, he is immediately killed by Furuya’s men. Free from being chased by the Yakuza but still penniless, Muranishi takes whatever tapes he has left and sets up a small stall selling his videos at the train station. He is soon spotted by Miyuki, one of his former actresses, who has recently lost her job.

The two connect, and Muranishi for the first time asks her where she is from. In the closing scenes of ‘The Naked Director’ season 2, we are taken to the year 1994 where we see Kuroki now attending university in Rome, as she had always dreamed of. Muranishi is now living with Miyuki in a tiny apartment with a baby and is doing odd jobs for money. However, his penchant for directing outrageous scenes still shows up from time to time and the last we see him, he is being arrested for attempting to film a pornographic scene in the middle of a busy crossing.

So we leave Muranishi in a surprisingly domesticated life. However, he would have been living a very different life, or would have possibly been dead, had it not been for Toshi’s strange actions that eventually got the Yakuza off the director’s back. Toshi initially considered killing Muranishi. However, the shots that he fired at the director all missed their target. Though Muranishi thought it was an act of God, we can tell from Toshi’s expression that he missed on purpose. Hence, Toshi makes a conscious decision to spare Muranishi’s life and sacrifice himself. 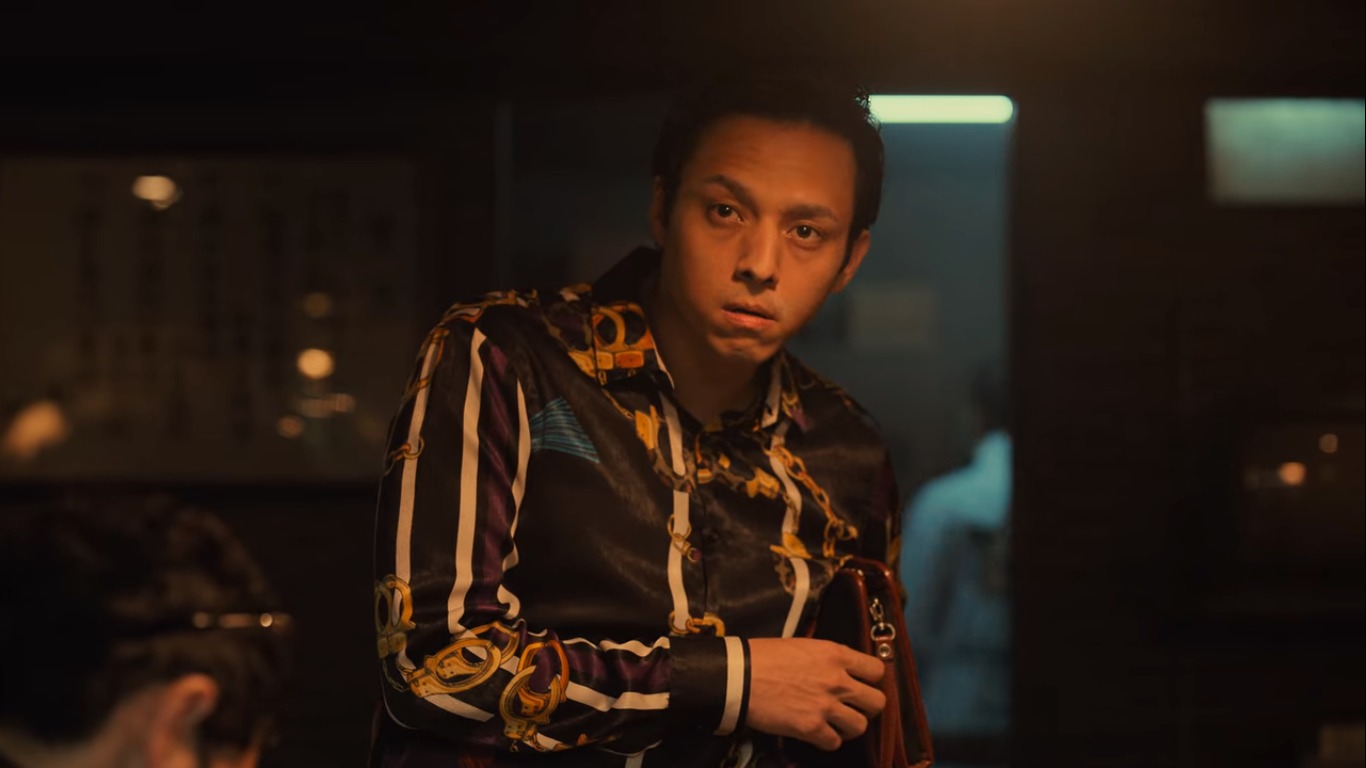 With Furuya’s bloodthirsty men on their trail, Toshi most probably realizes that Muranishi is not going to be left alive for long. He, therefore, decides that taking the Yakuza boss out will be the surest way to ensure his friend survives. It further makes it fitting for Toshi to kill Furuya after all the mental torture the latter has put him through. Therefore, Toshi also has the added incentive of revenge for killing Furuya, which in turn saves Muranishi.

Where Does the Crew from Diamond Visual Finally End Up? 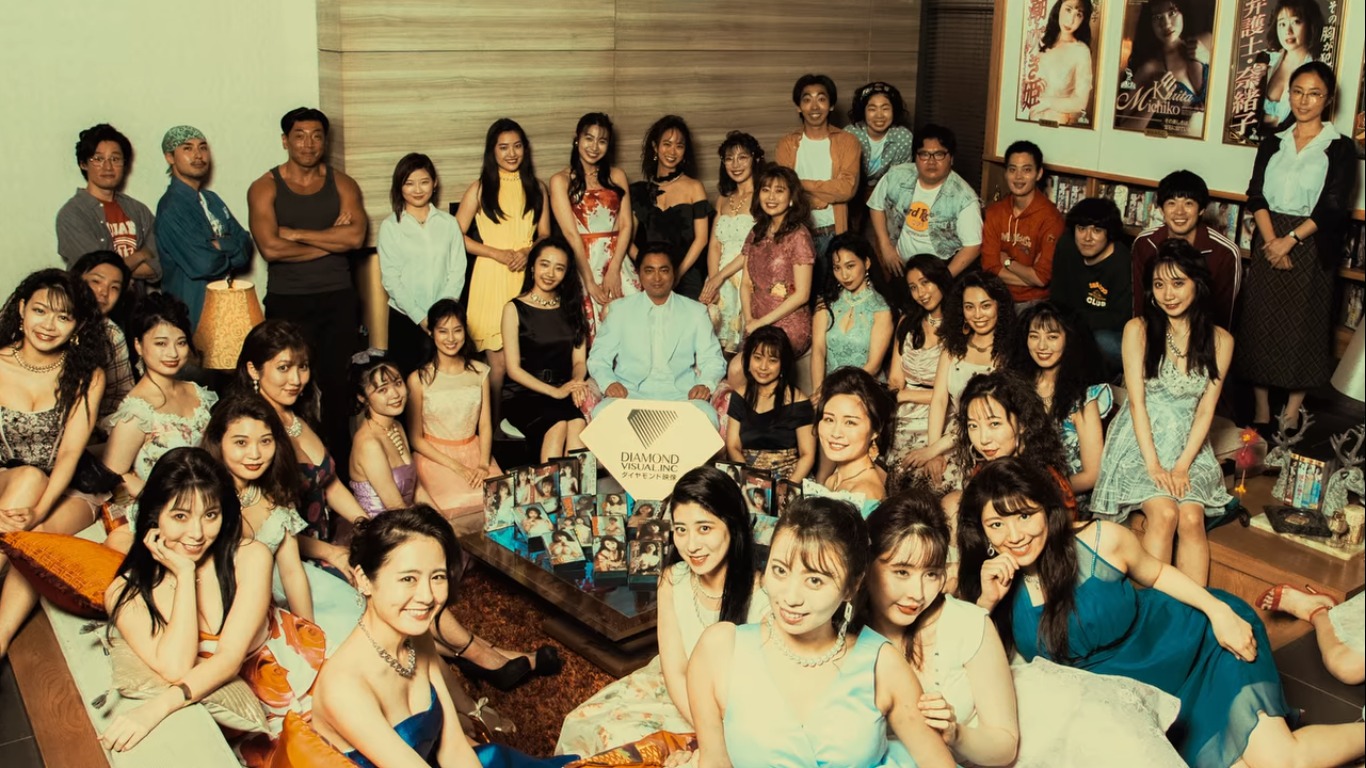 The two loyal technicians, Rugby and Mitamura, who also double up for actors and later directors of Muranishi’s productions, are last seen living together. Mitamura now works as an assistant to Kawada in his adult video production house. Naoko, who was one of Muranishi’s earliest actresses and who Mitamura is in love with, ends up marrying a rich banker, much to his dismay. Junko, who always dreamt of directing movies, finally achieves her dream and we last see her as the empathetic and artful pornography director that she promised to become.

Kuroki moves back with her mother, and it seems like she is happy to be back in the household that she detested and ran out of in season 1. She is last seen finally attending university in Rome. The fact that she is prominently wearing a camera around her neck and knowing her artistic inclinations hint at the fact that she is studying photography. Finally, Muranishi is seen living in a small apartment in a poor suburb with Miyuki, who has trouble finding employment because of being a recognizable adult actress. It is evident from the notes stuck on his front door that Muranishi still seems to be hounded by debtors and people who call him a criminal. As usual, he seems unabashed and at the moment is intent upon providing for his young family.

Why Does Kawada Have a Doll? 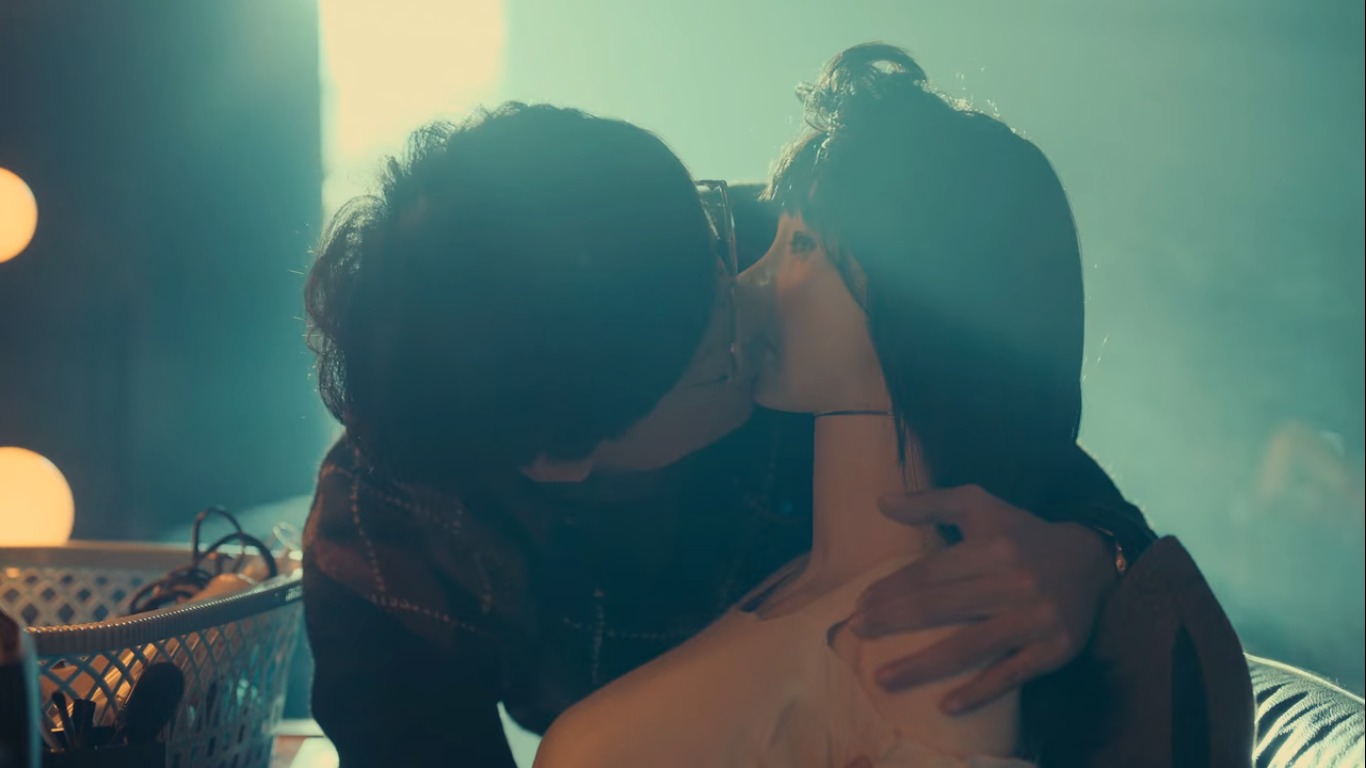 Interestingly, none of the other characters point out Kawada’s quirk, though they look at the doll questioningly. Seeing as how Kawada has always had trouble expressing himself and is enamored by experimental sexual practices, it seems that he has given up on conventional relationships as well as conventional pornography.

His relationship with the doll is part of a phenomenon which has been observed in Japan wherein grown men prefer to have relationships with dolls as opposed to women, generally because they do not want to deal with the complexities of human relationships. Though the details are never discussed, it is this inability to communicate with people that most likely results in Kawada finding comfort in a life-sized doll. At the end of season 2, his burning the doll is also significant as he does it shortly after getting back into the porn production business. Hence, the doll is also effectively a symbol of Kawada’s helplessness and his subsequent overcoming of it by starting his own production house.

Read More: Is The Naked Director Based on a True Story?