The Negotiator Ending, Explained: Who Killed Nate? Who Is The Informant? 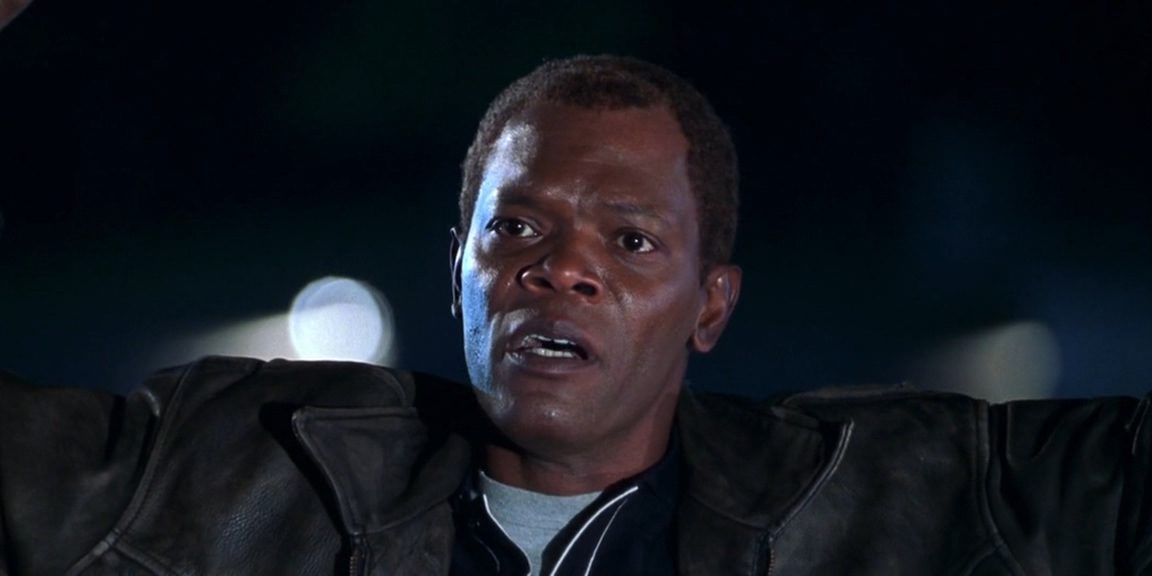 With acclaimed director F. Gary Gray at the helm, the 1998 cop thriller ‘The Negotiator’ presents a high octane drama eschewed out of the hostage-taker situation first made famous by ‘Dog Day Afternoon.’ After the death of Nate Roenick, eccentric negotiator Danny Roman finds himself in troubled waters.

Nate knew something about a scandal; now Danny knows it too, and what’s worse is that Nate’s killers probably know that Danny knows. Thus, becoming the public enemy, Danny takes four hostages in a police precinct, hoping to see the truth. The ending is well-rounded, as the truth comes out in the end. However, it all gets a little confusing if you miss out on some of the details in the puzzle. So, who was the informant again? Let us dig deeper! SPOILERS AHEAD.

The movie begins with a hostage rescue situation. Esteemed negotiator Danny Roman (Samuel L. Jackson) tries to talk an erratic hostage-taker out of taking his daughter’s life. When the story of Omar does not help, Danny walks in bare-handed, engaging him in a conversation. Sniper Palermo takes the shot for the hostage-taker’s head. The mission is a success, but that night, Danny meets Nate and knows of a widespread scandal within the Chicago administration.

Minutes later, Danny finds Nate dead in his car. The police arrive on the scene too soon, and a hearing ensues. The police have traced the gun found on the crime scene to a case Danny solved, and he is looking at years in prison. The next day, Danny cuts through the probing media to reach the station, only to see that the world around him has turned upside down. All his so-called friends now look down upon him. Al Travis, his boss, asks him to submit his badge and gun.

Then, the perpetrators conspire to put Danny in jail. With his back against the wall, Danny turns the tables and takes four hostages on the floor of Internal Affairs. The hostages are Inspector Niebaum from Internal Affairs, his assistant Maggie, Rudy Timmons, a con man Danny knows from a ’92 case, and Commander Grant Frost. The clock ticks, and Danny asks for Chris Sabian (Kevin Spacey), a fellow negotiator from West Side who does not force tactical action. Now, Danny Roman does not intend to stop before the truth comes out in the open.

The Negotiator Ending: Who Killed Nate?

In the early moments of the movie, Nate dies, and the death of Nate sparks off the gruesome cop thriller. While Danny is busy celebrating his most recent daring hostage negotiation, Nate calls him outside. He divulges to Danny about widespread corruption surrounding the disability fund allocation. Since Danny is a part of the fund committee, Nate thinks Danny should know. Danny asks Nate why the informant within the department did not contact Internal Affairs. However, Nate spills that Internal Affairs may be involved. When Roman leaves, a masked gunner takes Nate out.

When Roman takes his car to the driveway, Nate is already dead. A police car promptly arrives at the crime scene and convicts Danny of the crime. Danny’s search for truth takes him to the 20th floor of the Chicago administration building. According to the informant, he knocks at Terence Niebaum’s door since Niebaum may know something about the scandal. Veteran officer Niebaum keeps his mouth shut for most of the hostage situation. However, after Danny pulls off the intense stunt with Scott, the rest of the hostages begin to fear Danny. In a Stockholm Syndrome case, Maggie even sides with Dan after a point.

Maggie spills the password of Niebaum’s computer, and skilled credit-card embezzler Rudy breaks into the computer to find the folder named “disability fund.” He goes into the subfolder “wires” to find folders with police badge numbers and voice recordings in them. Seemingly, they were tapping Nate that night. When they found out that Nate was compromising the scandal, they eliminated him.

When Danny takes Niebaum for a clear view of the snipers, Niebaum spills the names of perpetrators – Argento, Hellman, Allen, people Danny already knows. However, the extent of the cover-up suggests that the scandal goes high up in the precinct. In the final moments, the FBI takes over the negotiations. Chris Sabian and Danny Roman escape to Niebaum’s house. Maggie spills Dan’s location, despite her best wishes.

Naturally, Argento and Hellman take the task of eliminating Danny personally, but another surprise awaits us. It seems that the pack leader is Frost, the one person Danny let go against electricity and blankets for the hostages. Sabian calls a risky bluff in the dramatic finale, shooting Danny in the arm, but it works.

Sabian accuses Frost of killing Nathan with the excuse of making a deal, but Frost slips it under the rug. He does not deny but goes on to tell Chris how he spent much of his money framing Danny. We can take his silence as an acceptance, and as Frost was in the party of October 13, it is most likely that Frost called the shot, even though he may not have pulled the trigger. Our best guess is it was Argento who pulled the trigger. His guilt probably makes him verbally deny Roman’s accusations, while Hellman keeps the tension high.

Who Is The Informant?

We think there is an informant because Danny believes there is an informant. But there may have been no informant at all, except for Nate Roenick himself. To dupe Danny, Chris Sabian brings in Officer Cale Wangro. He apparently met Nate at the academy, just like Nate’s recordings suggest. However, Cale says Colorado State instead of Arizona State — where Nate actually went — and Danny catches onto Sabian’s bluff. However, simultaneously, Danny looks at Nate Roenick’s status as an informant, and he adds two and two with some help from Niebaum.

So, Nate was the informant who went to Niebaum with the information. Niebaum cut a deal for himself with Frost while keeping Nate out of the loop. However, Nate was a loose plug, and they needed to take him out of the picture. On the other hand, Danny was the volatile but righteous cop who would be the perfect person to frame it against. Danny was also part of the disability fund committee and too inquisitive into matters, and Frost and his associates felt threatened enough to send him to jail.

Read More: Where Was The Negotiator Filmed?