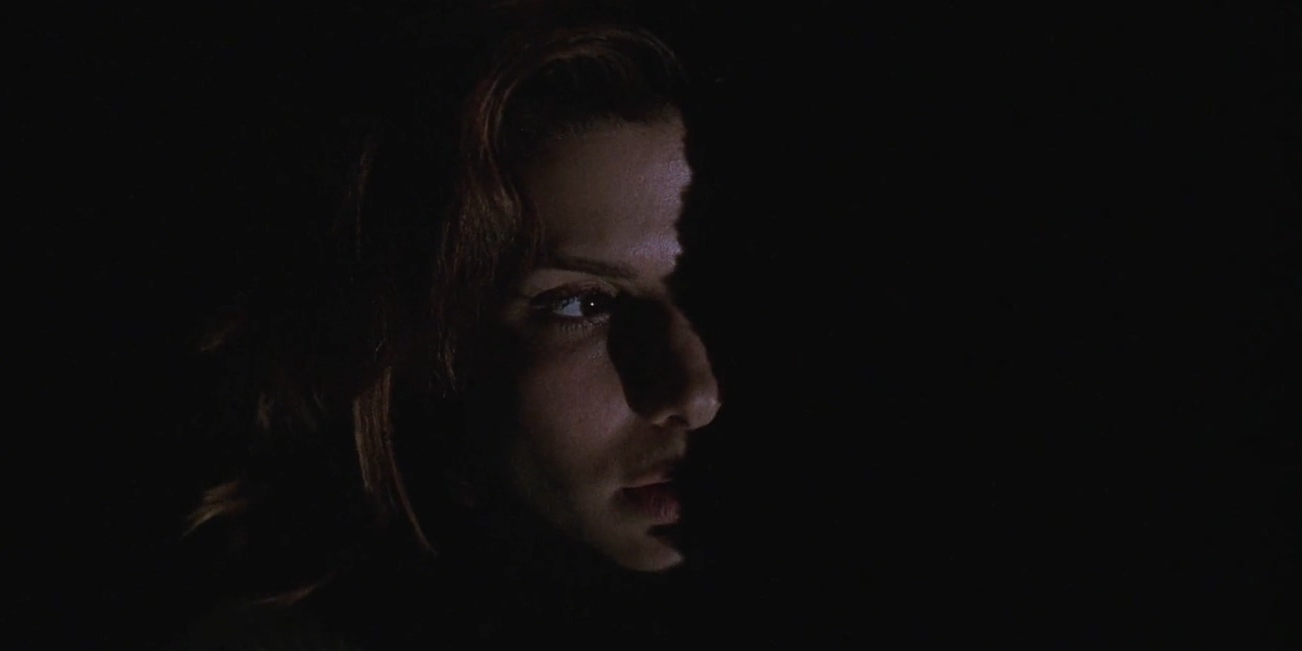 Helmed by Irwin Winkler, 1995 cyber conspiracy thriller ‘The Net’ appears to be a movie born out of the paranoia that came with the 1990s Silicon Valley boom. The story centers on California-based freelance software engineer Angela Bennett, who comes across a menacing floppy disk. The disk leads her to a rabbit hole, and she is forced to question her own identity. In the end, the story wraps up in quite a neat way, barring a few minor glitches.

Sandra Bullock delivers a remarkable performance to make the final output a glaring success. Replete with memorable dialogues, pop culture references, and some cyber-jargon, the thriller is a sprawling journey that does not fail to entertain. The ending brings the movie to a jarring close, and some questions require further probing. If you find these questions bugging you, let us decode the narrative. SPOILERS AHEAD.

In a prologue, defense minister Michael Bergstrom takes his own life. Later we meet Angela Bennett, who is a freelance software developer working for Cathedral Software. She lives a life in internet chat rooms, occasionally visiting her Alzheimer’s troubled mother. She gets a tip from her co-worker Dale shortly before her long-awaited trip to Mexico. The tip entails a floppy disk to promote a metal band named “Mozart’s Ghost,” but the disk leads to a shady webpage. Following Dale’s instructions, Angela gets access to the backdoor. The rabbit hole is potentially bottomless. 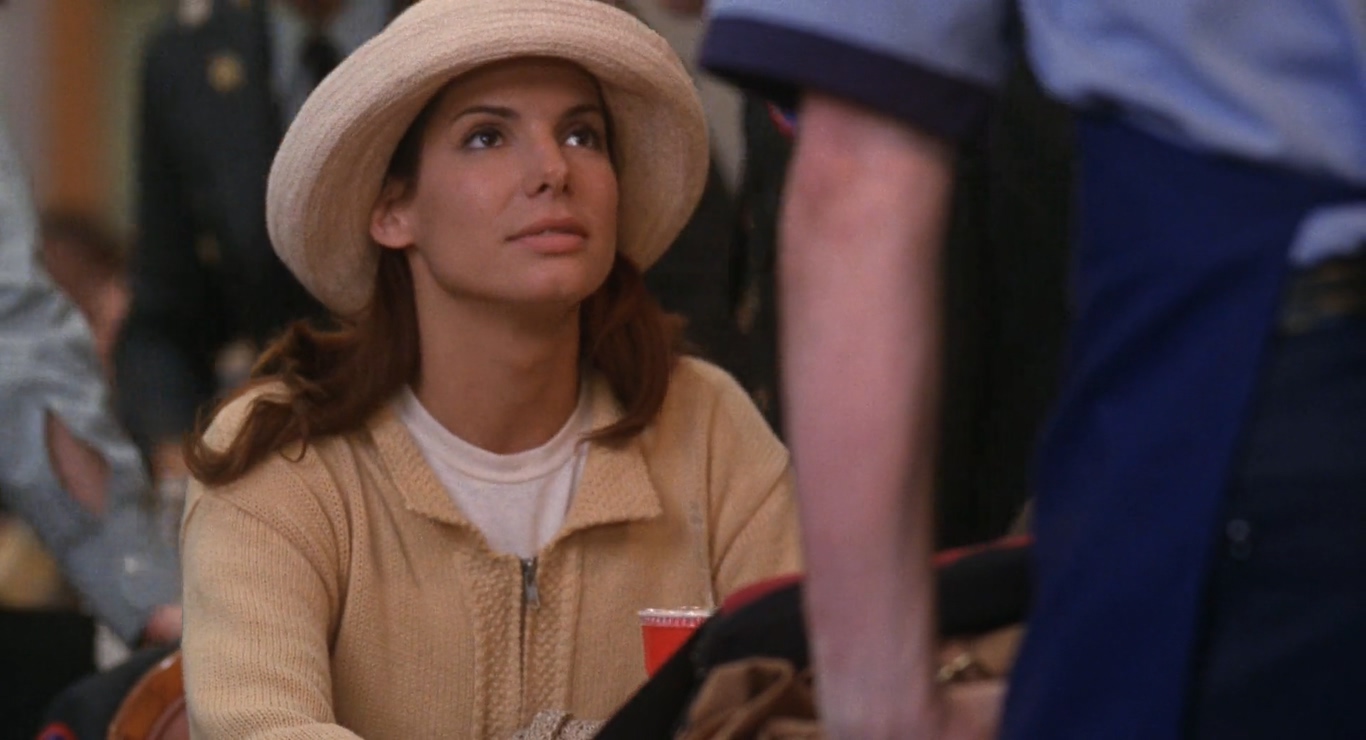 Upon Dale’s insistence, Angela decides to meet him, but Dale dies in a fatal plane crash on his way to Angela. At the airport, flights are delayed due to the onset of a cyberterrorist attack, and the stock market is showing abnormalities. From the TV, Angela gets to know that the security of the Wall Street computers is being transferred to Gregg Microsystems’ antivirus “Gatekeeper.” However, she hops on the plane and lands straight into a lush exotic beach without giving it much thought. A prince charming going by the alias of Jack Devlin is waiting for her at the beach.

Though his gentlemanly appearance beguiles Angela, a hazardous encounter at Devlin’s yacht makes Angela think otherwise. After realizing that Devlin is after the disk, Angela escapes the yacht on a small boat. After a sudden impact with a boulder, the boat topples down, and Angela wakes up at a hospital. The floppy disk is fried. But she is in for a nightmarish surprise when she realizes that her name has been changed to Ruth Marx. All of her records have been erased, and everyone seems to be part of a massive conspiracy woven by mastermind hacker organization, Praetorians.

The Net Ending: Does Angela Get Her Identity Back?

Most parts of the movie follow Angela as she tries to prove her real identity to others. After waking up in the hospital, she frantically makes her way back to the hotel, only to find that Angela Bennett has checked out of her room. She has also lost her passport, and when she goes to apply for an emergency visa, the officer presents a form before her with the name Ruth Marx. The address and the rest of the details are the same, and thus, Angela complies by signing on the form.

Back in the US, she has apparently sold and moved out of her home. And when Devlin fabricates police records, Angela, aka Ruth, receives a pretty lengthy criminal record under her name. Moreover, due to a severe onset of Alzheimer’s, Angela’s mother cannot identify Angela. Confused and dejected, Angela embarks upon a journey to go to the bottom of affairs to get back her identity. She meets her ex-lover and therapist, Dr. Alan Champion, the only person that recognizes her, but Alan becomes another victim in the cover-up. 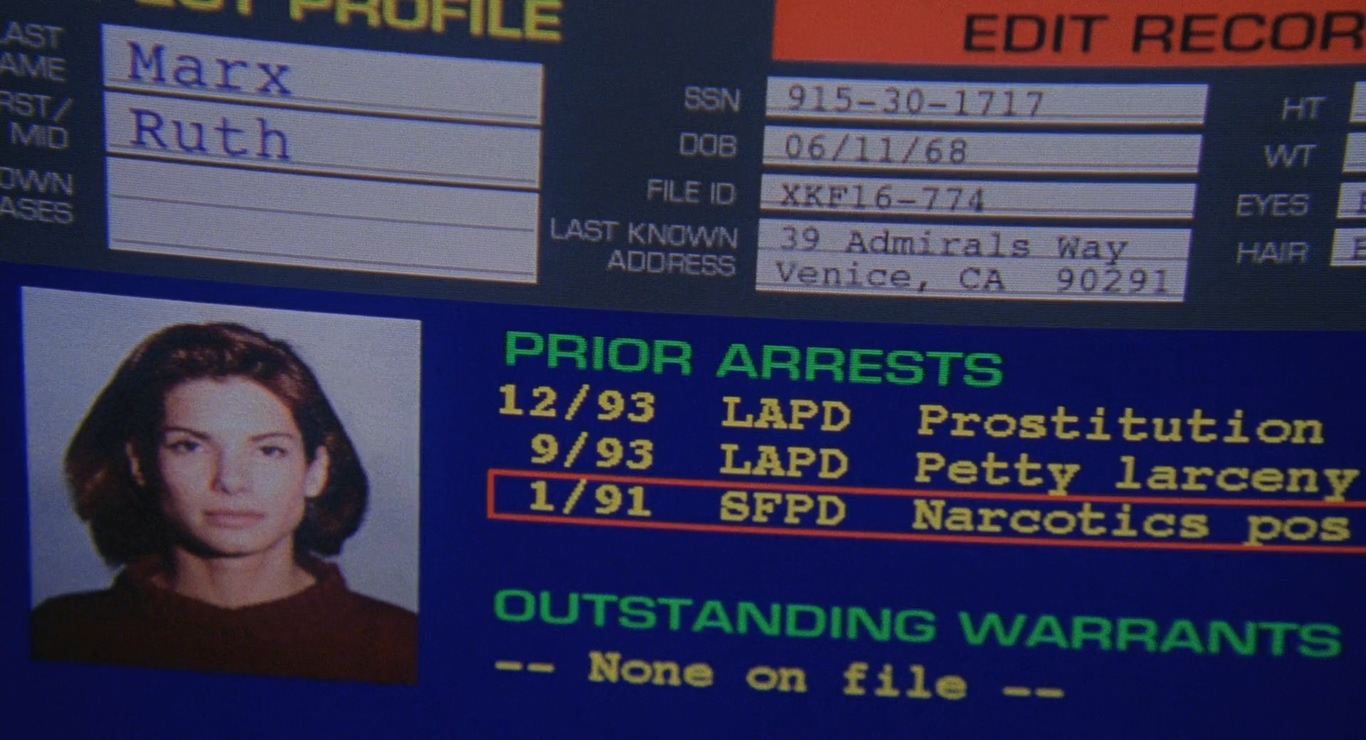 It does not take much time for the mystery to deepen, and when Angela calls her office number, another person picks up the phone claiming to be her. But why do the hackers go through the ordeal to obliterate her identity in the first place? Going by Devlin’s words, it seems that the hackers initially gave the orders to retrieve the floppy disk and eliminate Angela in Mexico. But Devlin develops some genuine feelings for her, which compels him to keep her alive. After the incident at the yacht, Angela’s boat hits a piece of rock, and she ends up at the hospital. However, the cyberterrorists presume her to be dead, and that is why they change her identity.

In the tense final moments, the market crashes down, and Angela visits her office headquarters to reveal the secrets behind the cover-up. All she has till now are shreds of information, but she comes to identify the imposter. After setting off a fire alarm, Angela hacks into her own machine to find out that Jeff Gregg, the CEO of Gregg Microsystems, is actually one of the hackers of the Praetorians, if he is not a one-person show by himself. She copies all the evidence from the machine and gears up with another dirty disk left by Dale.

Chased by Devlin, Angela goes to the Moscone Center and successfully mails the evidence to the FBI. Then she exchanges the disk with the red one, and Dale’s virus algorithm begins its magic. All of the fabrications are reverted to their original state, and Angela gets her identity back. But one question that remains is about the identity of the true Ruth Marx. As per the news broadcast at the end of the movie, the now-deceased Ruth Marx was actually the imposter of Angela at Cathedral Software.

Who Is Jack Devlin? Is He Dead or Alive?

Jack Devlin is the man appointed by the covert hacker group to deal with Angela. He is smart, charming, ruthless, and has little to no moral boundaries – all of which make him a perfect villain against the distressed damsel of Angela. Jack Devlin pursues Angela to the very end of the story, and at the end, his one mistake brings the entire cybercrime conspiracy to a close. After their first encounter at the seaside vacation, Devlin does not stop tailing Angela. It seems that he is always one step ahead of her. 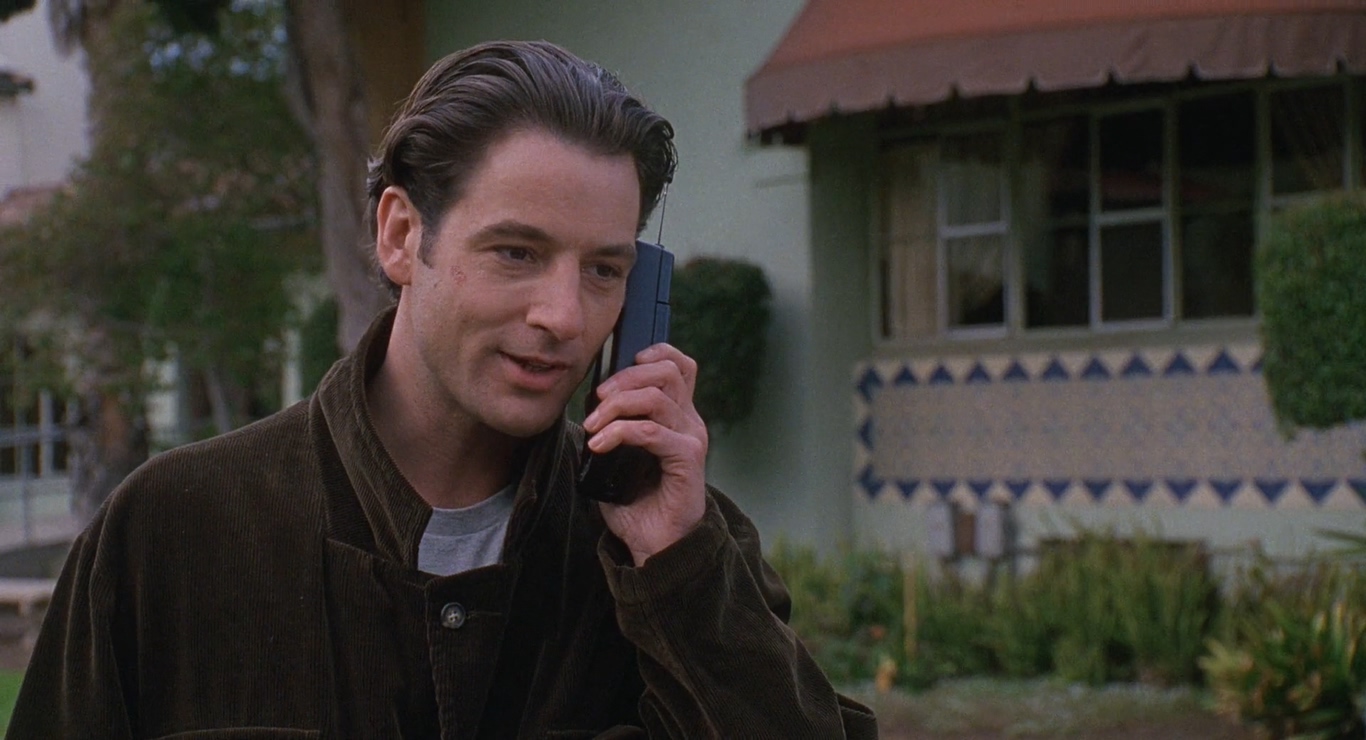 But in the end, Angela laughs the last laugh when Devlin corrupts the entire Gatekeeper system by trying to revert the mail. After some cat-and-mouse chase, Devlin seemingly corners Angela. But she hits him with a fire extinguisher, and Devlin falls to the ground. As the news voiceover asserts, Devlin is dead in the encounter. But we know that his real name cannot be Jack Devlin. Even as the movie comes to an end, his real identity remains an enigma, as per the police reports.

At the beginning of the movie, Angela meets Cyberbob in an internet chat room. She flirts with him for quite a bit. Later at the yacht, Devlin reiterates the words that she told the user Cyberbob. Later still, Angela starts to investigate how the information reached Jack. After narrowing down the list, Angela tries to contact Cyberbob, who tells her about the significance of the symbol “pi” that leads her to the backdoor. According to Cyberbob, pi denotes the hacker group Praetorians, who are people that should not be messed around with.

Cyberbob is the internet username of one Robert Fox, a resident of West Hollywood. The other two users in the chatroom cannot be reached out for help since one is 12 and the other lives in India. Therefore, after talking to Cyberbob, Angela sets up a meeting with him at the Santa Monica Pier. But at the venue, Angela meets Devlin instead of Robert Fox. It seems that Devlin reaches to Robert Fox before Angela does. Chances are, Robert Fox is either another false persona or, as the movie suggests, he is dead.