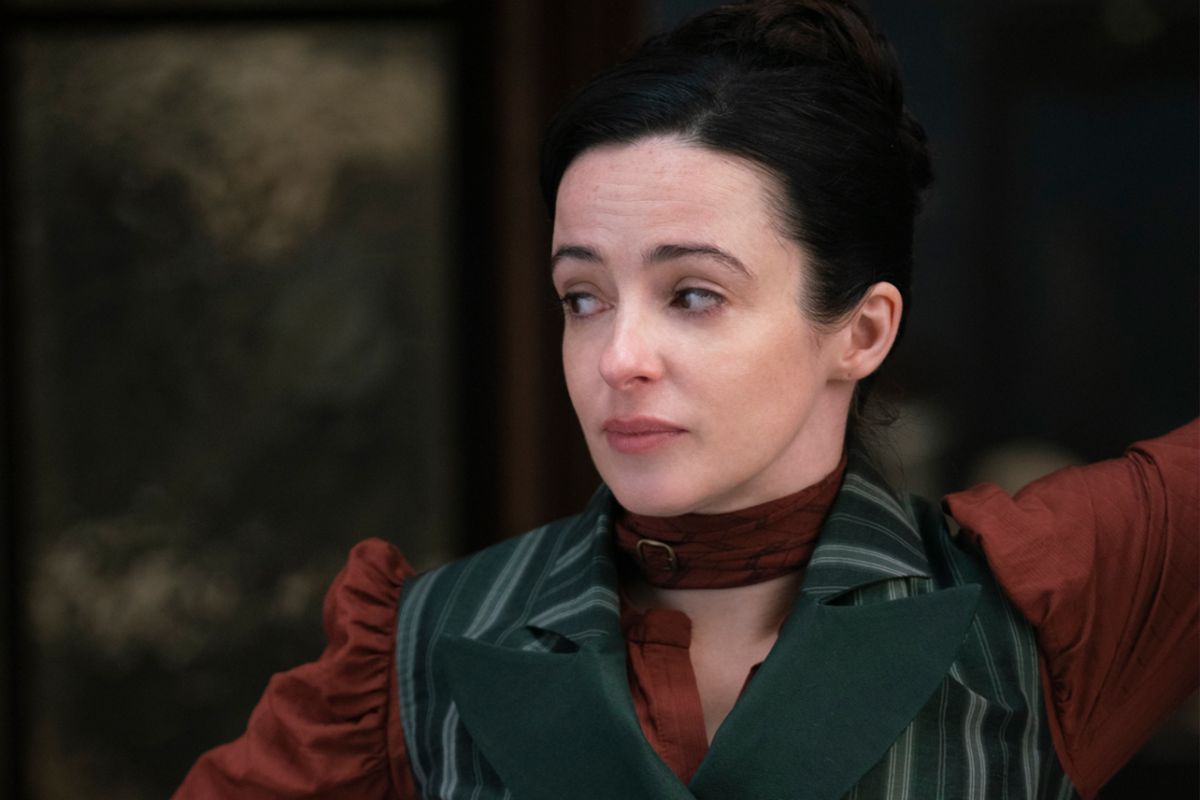 Set in the late Victorian period, ‘The Nevers’ is a steampunk science fiction that tells the story of a group of Londoners, mostly women, who suddenly gain abilities after a mysterious ship appears in the sky. These people come to be known as the Touched. Three years after the incident, the Touched serial killer Maladie (Amy Manson) terrorizes the streets of London, as Amalia True (Laura Donnelly), a widow with the ability to see glimpses of the future, tries to stop her while running an orphanage for the Touched.

In ‘The Nevers’ episode 2, titled ‘Exposure,’ Penance Adair (Ann Skelly) takes some of the girls from the orphanage to a party organized by Lavinia Bidlow (Olivia Williams), hoping to show the upper tier of society that the Touched are no threat to them or the British empire in general. Amalia reaches an understanding with Detective Frank Mundi (Ben Chaplin). It is revealed that Amalia and Maladie used to know each other. Here is everything you need to know about the episode’s ending. SPOILERS AHEAD.

The episode begins with Italian shopgirl Elizabetta Cassini (Domenique Fragale) and her friend Rosa chattering away about the Touched, Maladie, and her attack at the opera. While fending off her supervisor’s scrutiny and entertaining a customer, Elizabetta manifests her power. She can levitate anything by touching. She then justifiably runs away. As an immigrant, she has already faced her share of prejudices. The fact that she has developed Touched abilities will further complicate things for her. She tries to get to Amalia’s orphanage but gets captured by Dr. Edmund Hague’s (Denis O’Hare) men instead.

At her party, Lavinia showcases the Touched like a prized menagerie, demonstrating to the elites of the society that they don’t need to be afraid of the Touched. Her brother Auggie (Tom Riley) forms a connection with Penance, but Lavinia admonishes him for it, noting that Penance’s Irish ancestry and Touched ability make her a poor candidate as his future wife. Despondent and frustrated, Auggie later visits Hugo’s (James Norton) club, The Ferryman.

Meanwhile, Amalia races against time to find Mary (Eleanor Tomlinson). She takes Desirée Blodgett, a woman whose “turn” is to make people inadvertently reveal their innermost secret, to meet Mundi. During their conversation, Mundi reveals that he and Mary were supposed to get married, but she left him at the altar. Amalia realizes that she can trust this man, at least in this instance. He will put Mary’s safety over catching Maladie. The episode ends with certain sensational revelations about Lavinia and her seemingly philanthropic benevolence toward the Touched.

Episode 1 establishes Lavinia as a radically progressive woman with seemingly inexhaustible wealth and influence. Episode 2 gradually shatters the first part of that image. In the early part of the episode, the audience is led to believe that she is a well-meaning pragmatist who knows how society views the Touched or any women with power. Both Amalia and Penance seem to share her justifiable cynicism about her society, so they agree for Penance and the girls to wear blue ribbons to set them apart from the rest of the guests at the party.

However, during her conversation with Auggie, it is revealed how inherently puritanical and prejudicial she is. But even then, the revelation that she is the woman behind Hague’s operation comes as a surprise. Her people have located the mysterious ship that gave people the abilities. And they are now working towards solving all of its puzzles. Hague has lobotomized all the Touched he has experimented on, including Elizabetta, turning all of them into mindless workers for their operation.

Lavinia keeps saying that the difference of opinions between her and Lord Massen (Pip Torrens) is the bedrock of their friendship. This is likely true in more ways than one. It appears that they both think the British Empire is under attack. However, their methods of dealing with it are vastly different. A military man through and through, Massen approaches the problem with all the grandiose of a British aristocrat and wants to snuff it out with the might of the empire. Lavinia, in contrast, is much more subtle and brutal. She thinks that whatever caused the Touched is an unprecedented threat and wants to analyze it and understand it before confronting it.

How Are Amalia and Maladie Connected?

During Amalia’s effort to rescue Mary, the former learns that Maladie’s true identity. Back then, they used to go by different names. Amalia was Molly, while Maladie was Sarah. Considering the training they both seem to have in combat, it is possible that they worked for some clandestine organization, even possibly a branch of the British government. Another possibility is that they grew up together under horrible circumstances. But Amalia managed to get out in time, and Maladie didn’t. Maladie feels that she was betrayed by Amalia, which led to great suffering for her. In her fragmented mental state, she has come to recognize Amalia as a demon, sent by her God to punish her.