Is The Others Based on A True Story? 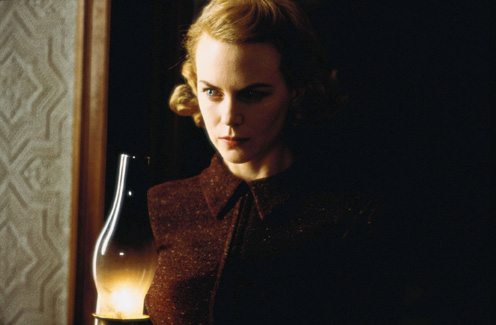 ‘The Others’ is a horror-thriller that stars Nicole Kidman in the lead role. It follows the story of a woman whose children suffer from an extreme case of photosensitivity. This requires all of them to stay inside their house at all times. However, when unexplained things start happening around the house, they are forced to accept that it might be haunted.

The film expertly uses the camera and the lighting to induce horror and fear in the story, but it also relies a lot on the paranoia and psychology of its characters. How did the writer of the film come up with this idea? Were they inspired by real events? Let’s find out.

Is The Others a True Story?

No, ‘The Others’ is not based on a true story. It is based on an original screenplay written by Alejandro Amenábar, who also directs the film. Though he doesn’t believe in ghosts or even God, for that matter, (he calls himself an agnostic), Amenábar relied a lot upon his childhood experience of the perception of horror. The look of the film, especially the drawing in the opening credits, is based on the drawings from the books he had read as a child, and the tone is influenced by the works of Alfred Hitchcock and Stanley Kubrick.

He observed that, even in his childhood, the horror was more about the things he didn’t see rather than the ones that did present themselves to him. The dread of seeing a ghost would increase tenfold in a silent atmosphere rather than a noisy one. It is the paranoia fed by the unknown that elevates the fear rather than the knowledge of something bad. These were the things that he kept in mind while writing the screenplay of ‘The Others’. He was all alone at the time and was trying to scare himself. He was looking for a way to tap into the primal nature of fear and looked towards the classical films to adopt their elements of horror and thriller.

While the rest of the film comes from his imagination, there is one scene that he based on a real thing that had happened to him. He had been living in an apartment in Spain at the time. At five in the morning, he heard the loud noises of steps from the apartment above. He described it as “something very big, very heavy.” When he visited his neighbor to enquire about it, he found that she was a very thin lady who claimed that she hadn’t been making that sound. Amenábar noticed that she couldn’t even walk properly. He never found an explanation for that incident, but it was good enough for him to put into his film.

One of the plot devices in the film is the inability of the children to go out into the sunlight. This is an actual disease called Xeroderma Pigmentosum, a rare skin disorder that causes extreme sensitivity to light. Apart from using it as a trope to keep the children and their mother inside, the director also used it as a metaphor for the family to always remain in the dark about their own condition. They finally become open to light when they come to accept their reality.

Another very real and very macabre thing that he has used in the film is the photograph album. When Grace sees these pictures, at first, she believes that it is of sleeping people. However, Mrs. Mills tells her that these are dead people who had been photographed, believing that it would preserve their soul. This was a real practice that became quite popular in the 19th century. Television miniseries ‘Dead Still’ also explores this concept, where dead people were not only posed but also often brushed up to look good for the pictures.