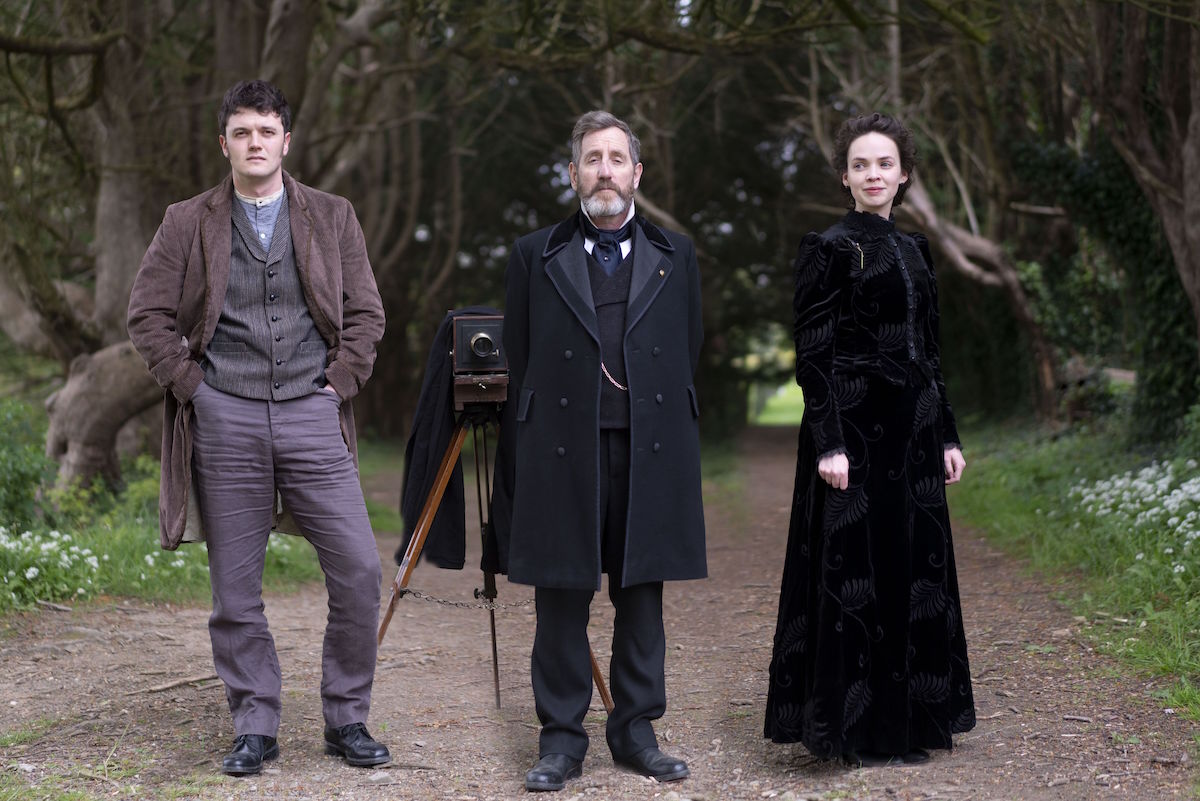 The popularity of serial killer stories has led to a boom in such TV shows on all networks. The grim nature of these series makes them a compelling watch, but it can also leave you with a gloominess. If you want something different on your plate, then ‘Dead Still’ has a lot to offer.

Set in the 1800s Dublin, it is centered around brutal serial killings. However, instead of falling further on the dark side, it adds a twist of comedy to make things more interesting. It is set in the time when memorial portraiture is becoming popular. Photography Brock Blennerhasset is expanding his business, aided by his niece and an assistant. As if photographing dead people wasn’t dark enough, their story takes a sinister turn when it is brought to their attention that someone is using death photography as a part of their deadly schemes.

Due to the nature of his work, Blennerhasset comes under suspicion. To clear his reputation, he and his associates have to use their photography knowledge to chase the killer through the streets of Dublin. The show makes use of the surroundings to add to the grisly nature of the crimes, lest it is taken over by the comedy of the characters. Here are the places where ‘Dead Still’ has been filmed.

Where is Dead Still Filmed?

Redefining the serial killer genre with a twist of comedy isn’t the only thing that ‘Dead Still’ does differently. The series also found a unique setting in the time when postmortem photography was becoming more popular. This produces a strange combination of the obscurity and dark nature of death with the levity of comedy in a city that is lively but also under the threat of a murderous lunatic. It finds its setting in Ireland, much like other serial killer dramas, such as ‘The Fall’ and ‘Dublin Murders’.

For its filming, ‘Dead Still’ set camp in Dublin. The city serves as the primary filming location, but its surrounding places also feature in the show.

The story of ‘Dead Still’ is set in the 1880s Dublin. The show relied on the real locations of the city to tell the story. Even with the modernity and development, there are places in Dublin that have an anachronistic feel around them. These locations allow show makers to give them a little makeover and present them in a different light of a different era.

The capital of Ireland has previously received this treatment in several TV shows. Victorian-drama, ‘Ripper Street’, is another murder mystery that has re-created a similar environment in the city. Gothic drama ‘Penny Dreadful’, and historical fiction series like ‘Vikings’ and ‘The Tudors’ have also been filmed in Dublin. ‘Dead Still’ also used the countryside surroundings and the splendid architecture of the city to its cause. The crew was spotted filming in County Wicklow.