Historical dramas have seen a huge surge in popularity since ‘Game Of Thrones‘ released in 2011. The famous HBO series uses elements of fantasy in its medieval settings, but many shows which have been inspired by GoT have opted for a more realistic look at life during the period. One of the most popular historical drama shows to release post-GoT is ‘Vikings‘. Created and written by Michael Hirst, the series has attracted numerous members of the audience due to its realistic settings, interesting characters, action sequences, and high production value. The story of ‘Vikings’ follows the life and rule of Viking chieftain Ragnar Lothbrok. He is a brilliant leader of the Viking tribes, and also a fearless warrior who has survived numerous battles unscathed. Most of the members of Lothbrok’s family are brilliant warriors as well, and it is their lives that the series focuses on once Lothbrok’s character passes away.

‘Vikings’ stands out with its attention to detail given to the settings in each episode. Each actor manages to slip into the skin of his/her character and provides authentic performances powerful enough to transport us into their medieval world where the only rule is survival of the fittest. There have been some controversies regarding the historical inaccuracies depicted in the show, but if we agree to give the makers their artistic freedom and try to enjoy the series for what it is, ‘Vikings’ can easily be considered one of the most entertaining shows in recent years. If you enjoyed watching this series and are looking for more such shows, then you have arrived at the right place. Here’s the list of best shows similar to ‘Vikings’ that are our recommendations. You can watch several of these series like ‘Vikings’ on Netflix, Hulu or Amazon Prime. 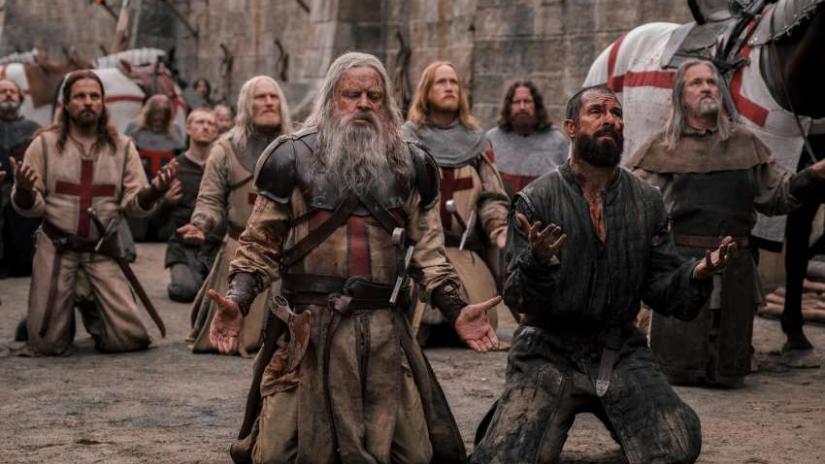 If you know something about Christian military organizations, chances are that you have come across the group Knights Templar. They were among the most powerful Christian organizations during the 13th century, but after the turn of the century, their powers slowly started screeching to a halt. The History Channel series ‘Knightfall‘ captures the time during which the Knights Templars have only managed to hold on to the land called Acres. In trying to retrieve their Holy Land, the Templars get into a battle which is now famously known as the Crusades. The central character of the series is Landry de Lauzon, one of the best soldiers of the Templars, who is also a veteran of the Crusades.

The series narrates the story of how the Templars desperately try to hold on to their powers while inviting newer enemies to the battlefield. The series falters in its production values, which are far from impressive. The plot becomes too convoluted and is not engaging at all. Another glaring fault of the show is that it is too derivative and does not focus on providing the viewers with something original. However, if you’re a staunch fan of the genre, it’s worth checking out. 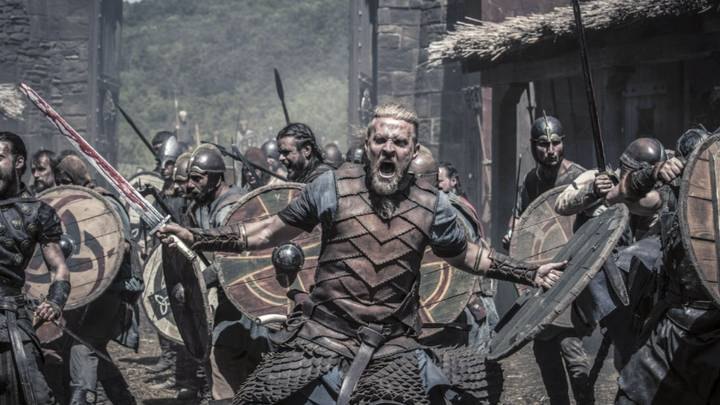 Bernard Cornwell’s ‘The Saxon Stories’ is the inspiration behind this BBC Two series. The show is set during the time when several kingdoms of divided England have fallen prey to the onslaught of the Danes. The only kingdom which still has the power to resist is Wessex, ruled by King Alfred. The central character of the series is Uhtred, who, though born to a Saxon family, has been raised by the Danes since childhood. Now he has a rather difficult moral and ethical dilemma in front of him: Which side should he choose to fight for? The side of his father to which he is related by blood? Or the side of the invaders, who have raised him as one of their own? This question becomes the driving force of the show’s narrative. There are two clear USPs of the series — the cinematography and the brilliant action sequences. The writing is also commendable, as all characters are layered with shades of grey, and there is not a single character you can simply label as good or bad. 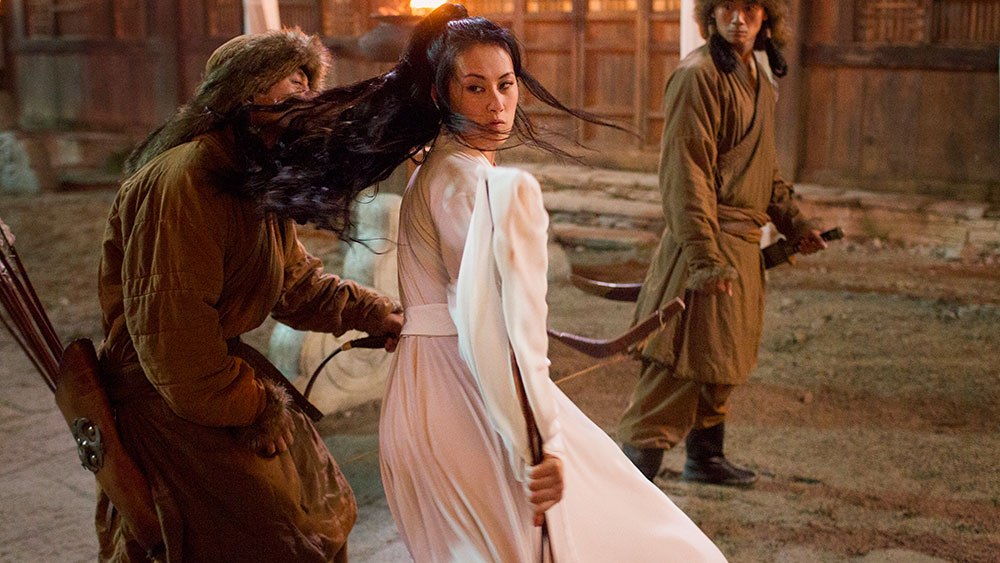 This Netflix original historical drama/action series is one of the most expensive Netflix original shows ever, with a budget of around $200 million. The story of the series centers on the life of Marco Polo when he accompanies his father as a teenager to the court of the famous Chinese ruler Kublai Khan. This journey sees Marco Polo, his father, and his uncle traverse through a land teeming with political unrest and tension where a person can lose his life in a flash. In the court of Kublai Khan, the same political tension continues. ‘Marco Polo’ tries to capture the east Asian political, social, and cultural landscape during the middle ages. But it becomes too cheesy in certain places to be taken seriously. Netflix produced ‘Marco Polo’ in collaboration with the now-defunct The Weinstein Company, but they decided to cancel the series after incurring some serious losses due to its high production cost. 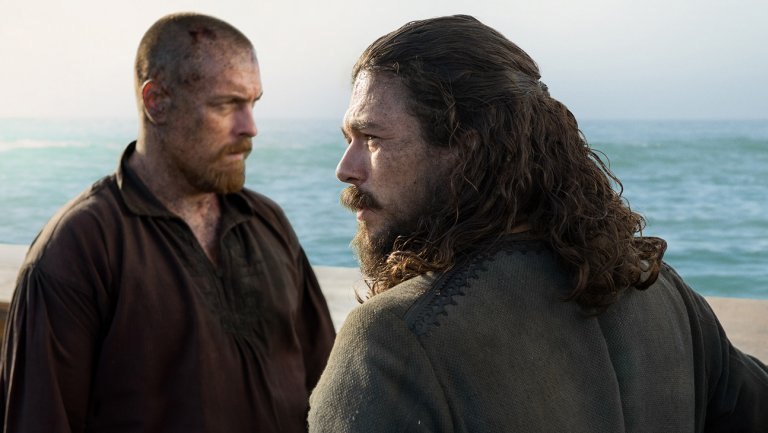 There has always been a huge interest for pirates. We are always eager to know about their lifestyles, how they went about looting and pillaging, and how much truth there is to the fact that there are still some pirate ships under the oceans, carrying treasures which have been looted. The Starz original series ‘Black Sails’ can really help you satisfy your curiosity in this regard. The series is written as a prequel to the famous R.L. Stevenson novel ‘Treasure Island’. The central character of ‘Black Sails’ is pirate Captain Flint. The show follows his adventures during a time when the British and Spanish kingdoms are busy cracking down on pirate activities within the oceans under their jurisdiction. The special effects, the attention to detail, and the performances are truly remarkable. 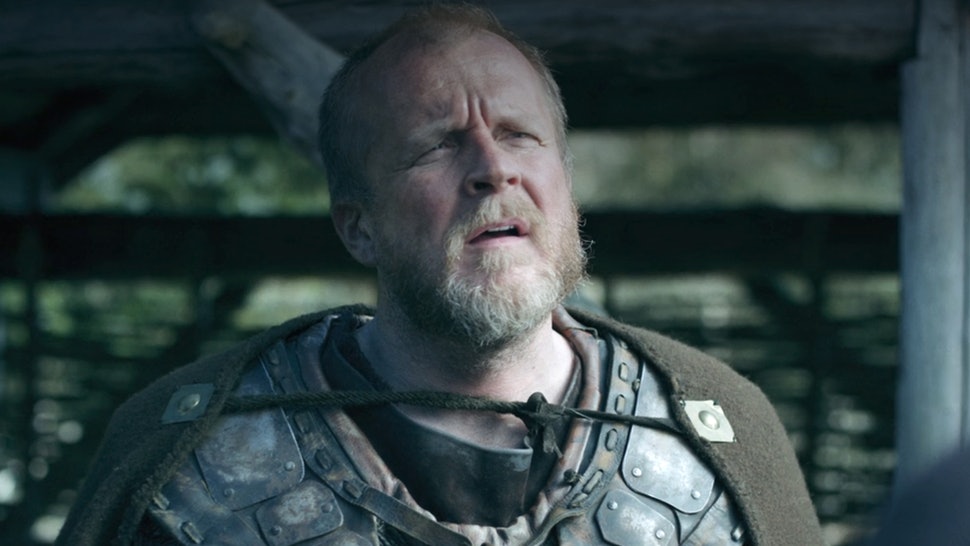 The Norwegian series ‘Norsemen’ is a historical TV series which focuses on the lives of a group of Vikings living in a single village. Unlike other such shows, ‘Norsemen’ is more interested in showing the cultural and political life of the Vikings, and thereby goes a long way in making our concepts clear about their ways of life. However, all of the events portrayed in the show are layered with a comedic tone. Whenever we watch a film or a TV series about Vikings, they are shown to be barbaric warriors with no regard for human life. Thus, the approach which ‘Norsemen’ takes becomes rather refreshing. It is one of the best international dramas of recent years, and manages to present an all-rounded look at Nordic life during the first century AD. 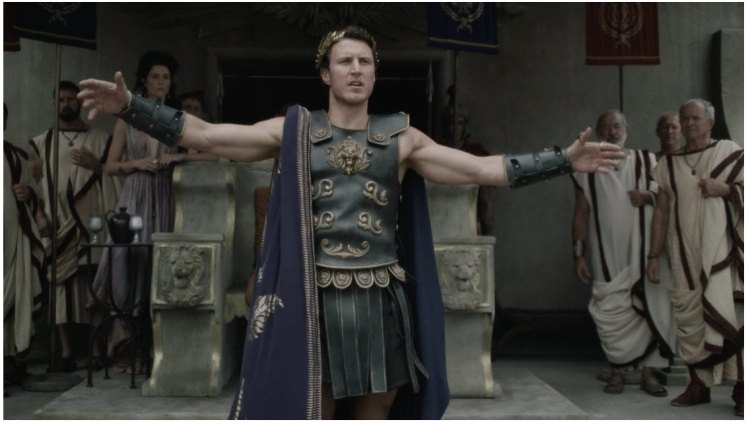 The story of ‘Vikings‘ is written in blood, strength, and sweat. The same can be said about the story of the ‘Roman Empire’. If you want to get a wholesome picture of the Roman Empire and the rules of some of its most dynamic leaders, you do not need to look any further. The Netflix original series ‘Roman Empire’ is enough to make you aware of numerous aspects of the mighty Romans which you might not have known earlier. The show can be best described as a docu-drama, and each season chronicles the rule of a single Roman emperor. The first season focuses on the rule of Commodus, the second season focuses on the rule of Julius Caesar, and the third season documents Caligula’s time on the throne. The show is honest in its portrayal of these kings and never glorifies them unnecessarily. Being a documentary at its core, its historical accuracy can also be trusted to a large extent. 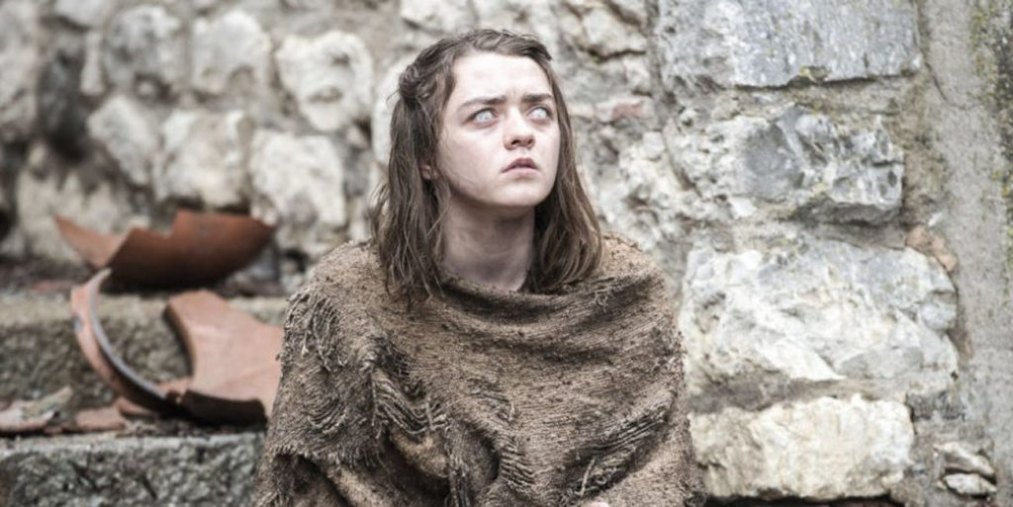 One of the most culturally influential shows of all time, ‘Game Of Thrones‘ is a historical fantasy drama set in a fictional world where the earth has two major landmasses – Westeros and Essos. The story of the series mainly focuses on Westeros and the political tensions which constantly go on between the numerous powerful families in the region. The show mainly focuses on the lives of the characters belonging to the Stark family, who are the de facto rulers of Winterfell. The Starks mainly serve as the moral compass of the story which then deals with the lives of several characters, all of whom have their eyes firmly set on the Iron Throne at King’s Landing. Performances by the cast members, the set designs, the blending of fantasy elements along with gritty violence and politics turn the show into a unique experience.