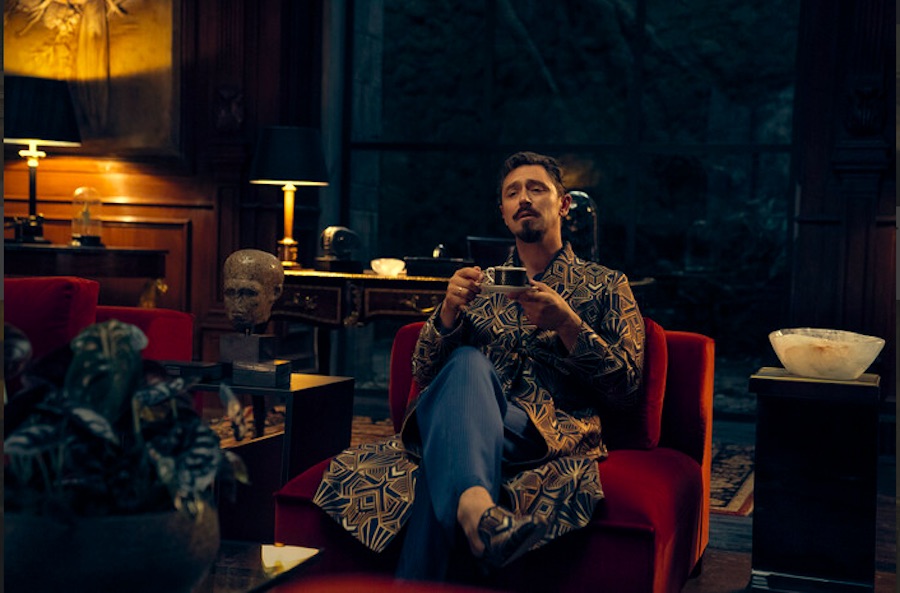 Prime Video’s ‘The Peripheral’ brings one chapter of Flynne Fisher’s story to a close with its eighth episode. A lot has happened to her over the course of the season, and the ending proves that her story is only just beginning. The first season does an excellent job of laying down all the foundational pillars of the story, giving us just enough peek into every aspect, while keeping the rest in store for the future. Something similar happens with the plot revolving around the Klepts in the show. For all their wealth and influence, we barely see any Klept other than Lev Zubov. However, the post-credits scene of Episode 8 rectifies that. It not only gives us more idea into the standing of Zubov in his circles but also nudges the story towards the second season. Here’s what it means for the future of the show. SPOILERS AHEAD

The Peripheral Post-Credits Scene: Who Are the Three Old Men?

For as expansive a story as ‘The Peripheral’ sets out to tell, it somehow remains very limited in the number of characters and the things it explores during its first season. In setting up the future, it tells us that the Klepts have played a huge role in morphing the new world and they also sit at the top of its food chain. However, apart from Lev Zubov, barely any of them appear in any of the episodes. The reason behind that is explained in the post-credits scene.

It is clear that Zubov is barely the tip of the iceberg when it comes to the Klepts and their place in the hierarchy of the new world. He is wealthy and resourceful, but he has higher-ups that he needs to report to, and that’s who the three old men he meets in the restaurant are. The events surrounding Aelita West and Flynne Fisher were Zubov’s personal undertaking. He’d been keeping an eye on the Research Institute, most probably in the hopes to find something against them, which would not only give more power to the Klepts but would also raise his own social standing in the Klept hierarchy.

Things don’t go as smoothly as Zubov had anticipated and this puts him, and the other Klepts, at odds with the RI, while the Met police also get involved in the matter. Zubov might have started out with good intentions, but now he has landed himself in a mess. The three men warn him of the consequences of his actions and advise him to clean it up before it does them any more damage. They tell him to “cauterize the wound” and speak about letting go of all of the assets that had been employed in this little project of his. If he doesn’t do it, “the orchard keeper” will pay him a visit.

This brief conversation between Zubov and the three Klepts sets the stage for the second season very smartly. It shows us that we have barely scratched the surface when it comes to the power struggle between Klepts and the RI, and also promises to introduce more Klepts in the next season. A much more powerful and formidable figure will show up in the future, and considering Cherise Nuland and Inspector Ainsley Lowbeer as their enemy, this Klept would need to be someone who can hold their own in front of these intimidating characters.

The instruction to Zubov also proves that we haven’t yet seen the last of Flynne’s stub timeline. She might have killed herself in it, but her family and loved ones still reside in it. All the time that RI has spent on it and the many ways in which Zubov got involved with it are still all there. This means that the cauterizing that Zubov has been ordered could signal him killing the stub to save his hide. This means that even if Cherise Nuland doesn’t do it, Zubov might actively pursue ending Flynne’s original timeline, which means that she still has a lot to do when it comes to saving her world.