The Plot Against America Episode 1 Review 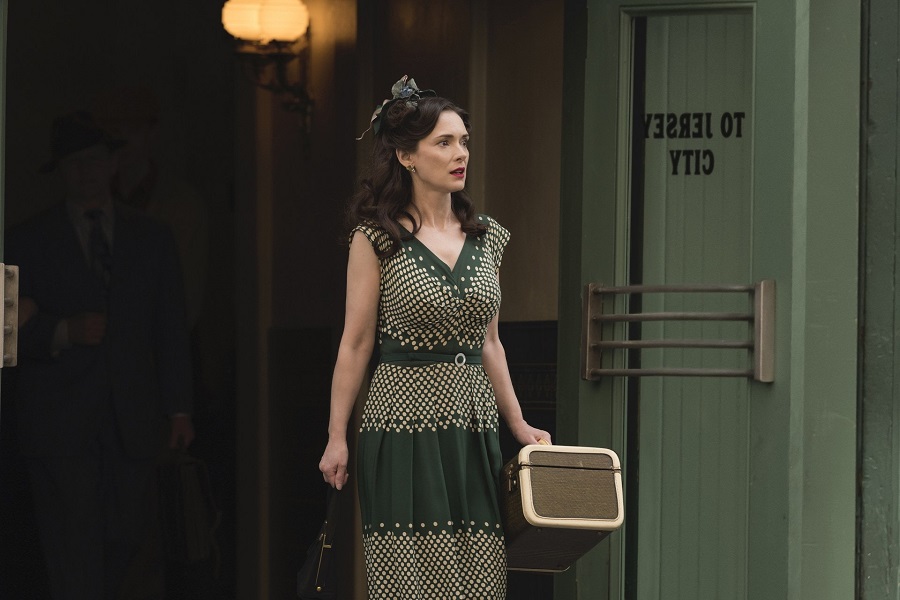 Had certain events not happened as they did, the world would have been a different place. The same can be said about the things that didn’t happen. What didn’t happen in reality was Charles Lindbergh running for President. In ‘The Plot Against America’, however, we peek through the curtain of what would’ve happened had he run against Roosevelt. Would he have won? If yes, then what would have Lindbergh’s America looked like?

Of course, the moment you cross over to the side of speculation, the room for further possibilities expands exponentially. Maybe Lindbergh’s views would have changed about Hitler and what he was doing in Germany, and maybe he would have become the President that the land of free and brave really deserved. But, deducing from how he behaved during that time, the show, which, in turn, is based on the novel of the same name by Philip Roth, extrapolates on his tendencies, and while the series is to dive further into it in the following episodes, it gives the viewers a chilling look into this imaginary hell in its opening credits itself.

The archival footage of Lindbergh and Hitler and their fascist supporters in America engages us for a minute or so before children playing on the streets come into view. It is a sum-up of the story; America would have been Germany all over again, maybe worse. But, of course, there are other facets to the possibility and that’s where the story comes in.

The Plot Against America Episode 1 Recap

It is the summer of 1940. The war in Europe is getting worse with every day and the topic of America’s intervention is becoming more heated. It is during this time that Charles Lindbergh, a celebrated aviator and a national hero, declares his run for the presidency against Franklin D. Roosevelt. In any other situation, he would have received unanimous support from the public, but his anti-Semitic views have become a cause of concern.

In Newark, Herman Levin lives with his family in a Jewish neighbourhood. He receives a promotion, which needs him to move to a different neighbourhood. At the behest of his wife, Bess, he turns down the opportunity, and for good reason. Due to Lindbergh’s open views for anti-intervention and the leanings towards Hitler’s fascist reign, America is witnessing a growing hatred between the communities, which sure enough, is escalating into violence.

We are also introduced to Bess’ sister, Evelyn, who has spent most of her life taking care of her ill mother but now wants to go out and meet someone, so she doesn’t have to die an old maid. When her affair with a married man doesn’t work out like she was initially promised it would, another man presents himself to be a more suitable option.

The Plot Against America Episode 1 Review

We follow the story from the perspective of a Jewish family, all the people in the household a representation of a different mindset. Herman Levin is outspoken and unrestful of all that’s going on in his country. Bess is quieter but keenly observant and concerned about what it means for their future in the country. Then there is Alvin, Herman’s nephew who is at odds with him, but if both of them ever found the calm to sit down and talk to each other, they would be angry together. Alvin’s fury against the fascists, be it for the ones across the ocean or on the next corner of the street, is bubbling up and he is ready to resort to taking arms against them. He won’t turn the other cheek anymore.

The other important perspective of the times comes from the children in the house. Sandy, the older one, is a talented artist, who holds great admiration for Lindbergh. He understands what fascism means and why his father was angry at the people on the street who called then Juden. However, he probably doesn’t understand what Lindbergh’s presidency would mean for them. He is young and impressionable and what the future has in store for him is an interesting arc to look forward to.

Another young mind in the family is Philip. It is through him that the story presents a contrast of innocence with the horrible reality unfolding around him. What he doesn’t understand, he questions. He wants to know why there would be a need for a place like Palestine and what the term “fascist bastards” means. He is focused on the usual fooling around of his age, but the sudden change of sentiment around him threatens to take that away all of that.

In its first episode, the adaptation of Roth’s alternate version of America proves to be effective in sending out a clear message about how close it intends to stay to the source material while also using the opportunity to highlight the similarities between “what could’ve become” of then and “what has become” of now. It is devastating how the speeches, opinions and actions of people from then ring true with the actuality of now, and through the story, we wonder if the world is falling back into the same loop. What if we have to go through it all again, and worse, what if history doesn’t repeat the good bits of it this time around? This, as a result, turns our attention to an even more important question, will we just sit back and let this happen?

Read More: Who Was Charles Lindbergh?