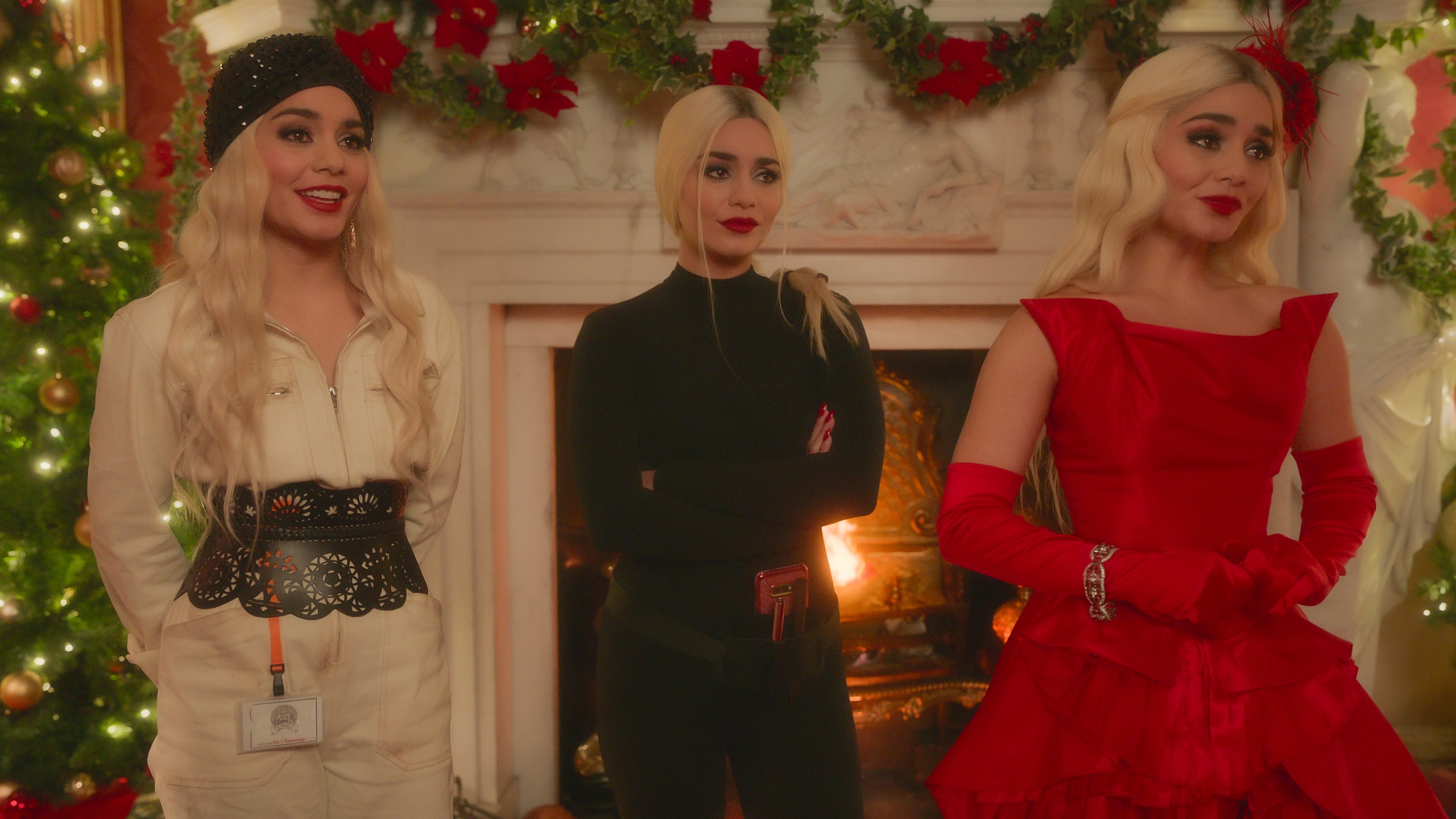 How many Vanessa Hudgens’ does it take to recover a priceless historical artifact loaned to the monarchy by the Vatican? Well, if you’ve already seen ‘The Princess Switch 3: Romancing the Star,’ then you already know the answer to that. However, even though the film seemingly ties all plot points up neatly with a bow, there may still be some questions lingering on your mind. In that case, let’s break down the ending of this Netflix Christmas offering. SPOILERS AHEAD.

Following the events of ‘The Princess Switch 2,’ Stacy and Margaret band together to organize a Christmas festival, and for that purpose, the Vatican agrees to loan the monarchs the Star of Peace, an ancient, priceless relic that belonged to Saint Nicholas himself. But lo and behold, the star is stolen soon enough, and the police is fairly stumped.

With so much at risk, Stacy and Margaret feel like Lady Fiona Pembroke is the one person who can help them crack the case on their own and avoid international embarrassment. Along with her clique – that comprises Reggie and Mindy – Fiona also relies on Peter Maxwell, her ex. Upon finding out that business tycoon and criminal Hunter Cunard is behind the theft of the star, Fiona and her motley crew embark on a heist of their own to get back the precious relic. What this means for Fiona’s personal life and her relationship with Peter forms the crux of the movie.

Although Fiona and the gang are successful in recovering the Star of Peace from Hunter’s house, Peter stays behind to act as a diversion so that she and the others can get away with the relic. However, upon returning to the castle, she discovers that Peter had actually replaced the star with a basketball, thereby making it seem like he wishes to keep the relic for himself. Soon afterward, however, she receives a text from Peter, telling her to meet him at their alma mater. 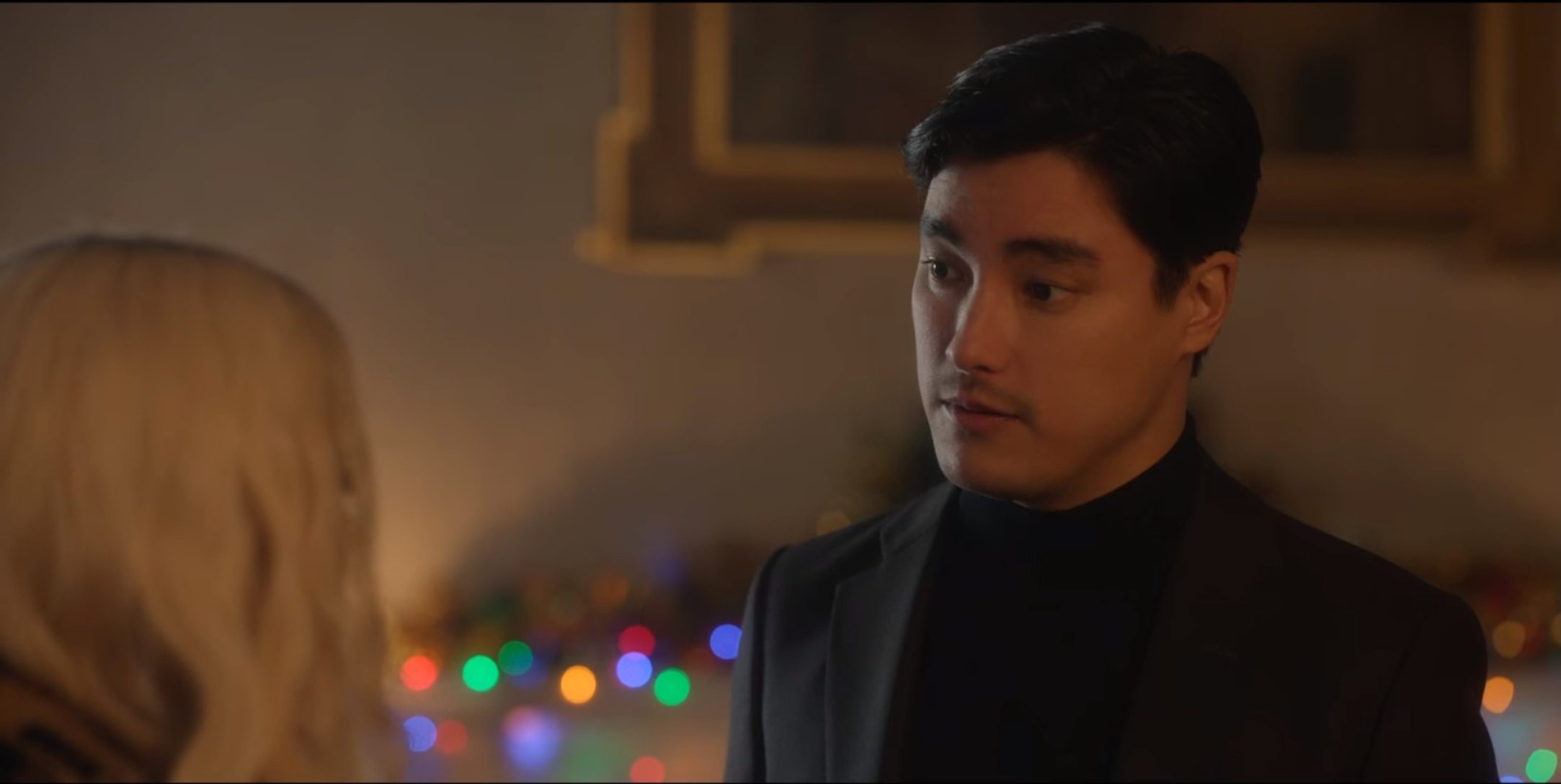 Once there, Peter asks Fiona to not push her own mother away, but since Fiona has built fierce walls so as to not let people in, Peter gets frustrated and ends their friendship. He does, however, return the star, so it is clear that Peter never had any intentions of backstabbing Fiona in the first place. He was simply looking out for his friend and the woman he loves the best way he knew how. Peter, having reconnected with his father only to lose him shortly, realizes that Fiona has been hurt by her mother’s indifference during their childhood.

But Peter also understands that for Fiona to heal and become emotionally healthier, she needs to get in touch with her mother, who has been making consistent efforts to get in touch with her daughter. Peter simply wants what is best for Fiona, and he also knows that leveraging the Star of Peace is the only way he could have “coerced” Fiona to show up at the school. Well, Peter clearly knows Fiona like no one else because his plan works.

It is because Peter “steals” the Star of Peace that Fiona consequently ends up meeting her mother in the school and has an honest and hard-hitting conversation about how the apparently indifferent actions of her mother have led to some blatant abandonment issues for our protagonist. While both mother and daughter talk to each other about their motivations – Fiona’s mother was simply trying to escape her husband, who did not treat her well – they are able to reconnect eventually and find a way to start afresh, which makes Fiona happier as well.

Do Fiona and Peter End Up Together?

After the entire episode at the school – where Peter walks away but Fiona and her mother resolve their issues – the Christmas festival that Stacy and Margaret organized is in full swing. For the first time in a long time, we see Fiona more at peace with her life. However, despite having her loving family around her, her eyes keep searching for Peter, and the feeling is mutual. Peter cannot stay away from Fiona either, and he shows up to apologize to her for his displaced anger. However, it is Fiona who instead ends up apologizing for pushing him away once she started developing feelings for him.

Fiona agrees that her coping mechanism may not be the best one out there, and the two lovers share a kiss after Olivia lights up the Christmas tree. So yes, by the looks of it, Fiona and Peter most certainly end up together. This outcome is not one that surprises anyone, especially given the chemistry between the two characters – that tango routine at Hunter’s party, am I right? – but Peter has truly gone above and beyond for Fiona, ever since they were children.

“No matter what, no matter where” is a philosophy that the boy has really embodied in his relationship with Fiona, and he is the one person who successfully manages to infiltrate the emotional boundaries she has set up for herself. Even when they were children, he knew exactly how to console her after Fiona’s mother jetted off somewhere else, leaving her child behind. Then, as an adult, Peter gives Fiona her space and lets her work through her issues at her own pace.

The meeting between the mother-daughter duo is also orchestrated by him, thereby showing us that Peter truly cares more about Fiona than anyone else we have seen previously. Lastly, even though Hunter acts as a romantic rival of sorts for Peter, it is evident that the two are poles apart. While Hunter is more interested in a more hollow, physical relationship with Fiona, Peter can see through her charade. Naturally, Peter has Fiona’s best interest in his mind, and she feels a sense of safety/security with him.

Who Switches Places With Whom?

Well, it wouldn’t be the ‘The Princess Switch’ franchise if the scope of the “switches” did not increase with every subsequent installment, and the third movie is no exception. Given that Fiona takes the center stage this time around, it makes sense that Stacy and Margaret both take on the persona of Fiona (when needed) to help their plan achieve fruition.

At Hunter’s party, while Fiona and Peter take on the heist, it is Margaret who pretends to be Fiona in front of the host so as to be the diversion. Later on, when Fiona has her hearing at the convent, it is Stacy who embodies the protagonist to convince the nun and the parole board that the resident bad girl has turned over a new leaf.

These “switches” are significant because they iterate a central motif of the plot: the importance of family. Without her cousin and Stacy, Fiona may as well have been an adult with poor emotional maturity who was still completing her community service hours. However, it is also because of her lookalikes that Fiona actually gets her fresh start with Peter; she finally gets her happily ever.