The Professor and the Madman Ending, Explained 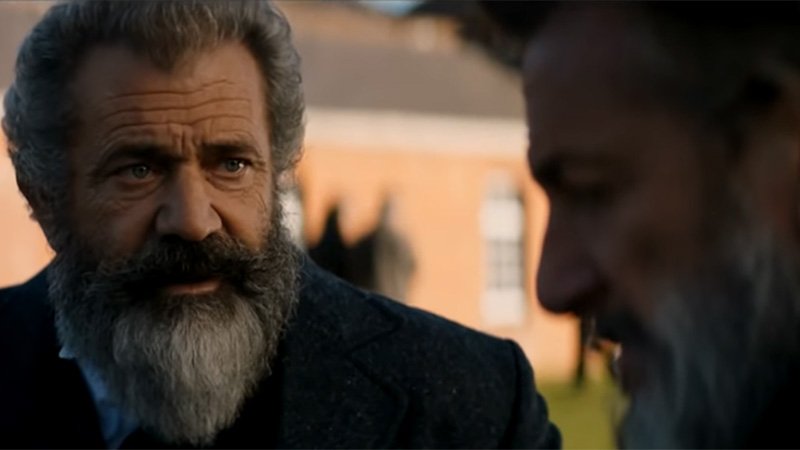 ‘The Professor and the Madman’ is an illustrious and noble film that combats various themes such as mental illness, friendship, love, murder, and tenacity. But what is even more compelling is the fact that these act as mere undercurrents when it comes to the bigger picture. After all, the movie showcases exactly how the first (completed) Oxford dictionary came into being.

However, the plot does not simply replicate the arduous process of lexicography. Rather, it takes a look at how two similar yet completely different men come together to accomplish the task at hand. Starring Mel Gibson and Sean Penn in the lead roles, ‘The Professor and the Madman’ is a story about the dictionary’s existence and how these men persevere despite the many vicissitudes present. SPOILERS AHEAD.

The Professor and the Madman Plot Synopsis

William Chester Minor is in London and is convinced that someone is after him. The combination of paranoia and mental illness proves to be fatal when he shoots a stranger named George Merrett. By reason of insanity, William is found not guilty and is sent to the psychiatric facility, Broadmoor.

On the other hand, we have James Murray. He interviews for the position of the editor of the Oxford dictionary. However, the elite academics look down on him due to his autodidacticism. After all, he had to leave school when he was 14 to earn a living. Nonetheless, Freddie Furnivall vouches for him and when Murray proves that he knows what he is talking about, he is given the role.

But encompassing the rich and vast history of the English language is no small feat. Therefore, Murray decides to seek help from the public and sends out an appeal. Dr. Minor comes across this and is allowed to correspond with the lexicographer. As the movie progresses, we learn more about their unrelenting and unconventional friendship, especially as the two face romantic, professional, and personal obstacles along the way.

The Professor and the Madman Ending

James and the widower, Eliza, go to meet William at the hospital after learning about the harsh treatment. Dr. Richard Brayne tries to interfere, but Muncie stops him from doing so. Again, Eliza asks William, “If love… then what?” The last time, he responded by saying that if they were in love, then there was no scope for his redemption. But she wants to change this notion, especially since she has forgiven William for killing her husband. Eliza simply affirms, “If love, then love.”

At William’s hearing, the psychiatrist states that the asylum is the former surgeon’s home, for where else can he even go? But Eliza takes the stand and makes an impassioned plea for his release. James and Freddie ask the judge about the potential outcome, but the latter simply states that William cannot be released in his current condition. Furthermore, he tells James that he has one day to bring about any changes because, after that, the judge will have to submit his report. 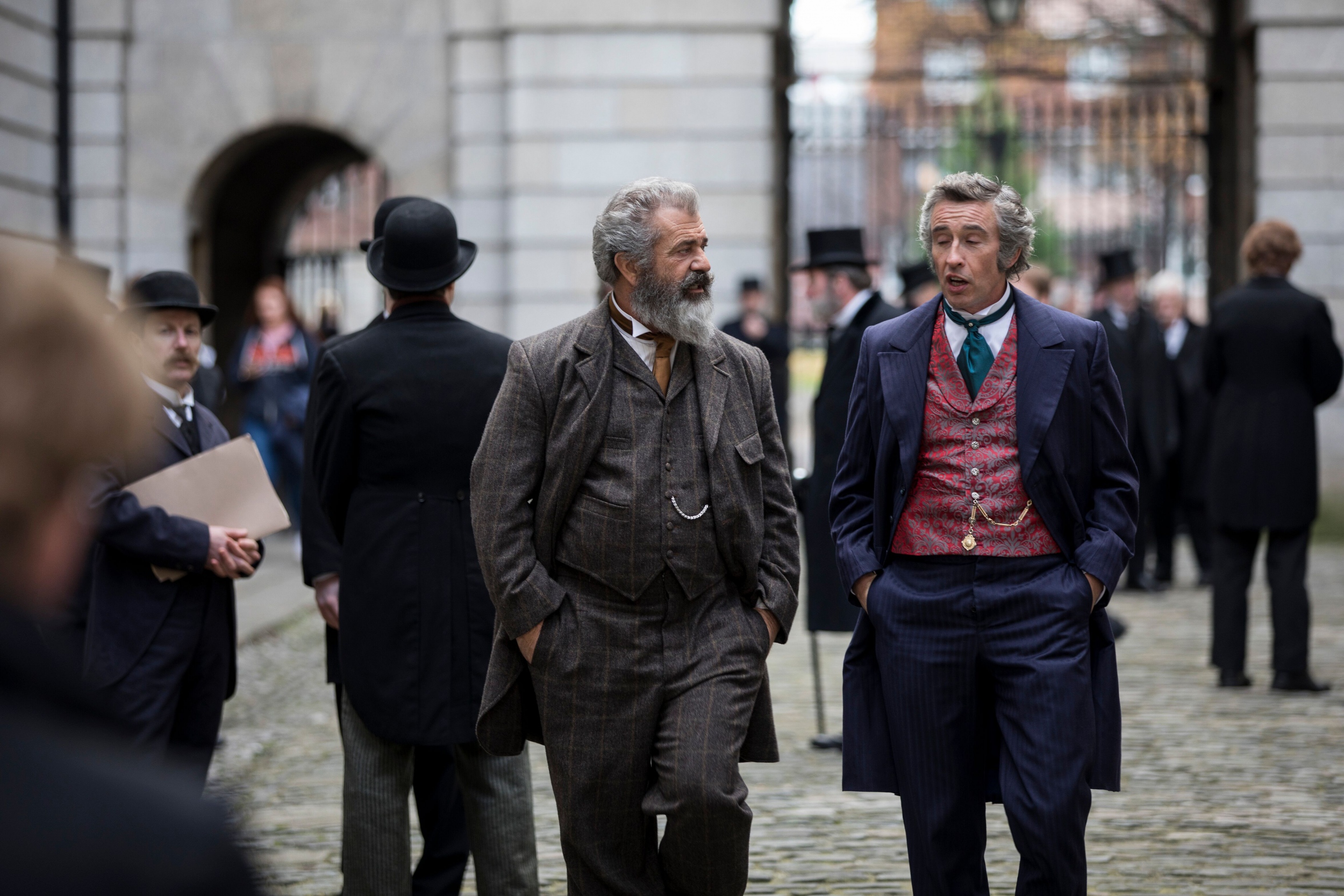 So James and Freddie then go to see Winston Churchill, who agrees to have William deported to America since he has family there. James then says goodbye to his friend and gives him a copy of their work as well. Furthermore, Freddie comes with a royal seal of patronage which bears the name of the lexicographer, thereby ensuring that James is not removed from the post of the editor.

In the end, we see James continuing his work into old age, and we get a glimpse of his family playing in the garden. But that’s not all, as we also learn about the fates of the two men. By the time James had died, the dictionary was at “turndown.” When William passed away, it was at “vywer.” It took all of 27 years for the first edition to be completed.

If Love… Then What?

This question is not just a declaration of love or a request for answers. It holds a deeper meaning, especially for William and Eliza. After all, had he not taught her to read in the first place, she would never have been able to hand him this note. One can also argue that the unfortunate and destructive chain of events that follow in his life could have been eliminated.

Furthermore, it is made clear throughout the film that working on the dictionary is what quells William’s mental illness to a great extent. As the movie progresses, we see that Eliza warms up to William and understands that it was his sickness that prompted him to murder her husband. In fact, he tries to make up for it by giving her his pension so that she can look after her children.

Eliza senses that William feels the weight of his actions every day and the more time she spends with him, the more she learns to forgive him. But the former surgeon feels constant guilt about separating a father from his children and a husband from his wife. Despite adding value to Eliza’s life after George’s death, William’s conscience is still on fire.

Consequently, even though he develops feelings for her, William is unable to process them. It is when Eliza gives him the notes stating “if love… then what?” that he loses all semblance of rationality. He even sees the dead husband’s face upon reading it. William feels as though he has taken Eliza away from George once again, in his death. Once they kiss, the former surgeon castrates himself and his illness starts taking over.

But the point of this note is not to simply establish a (sad) romantic angle between the two. No, more than that, it shows us just how unforgiving William is towards himself. Even after he enters Broadmoor, he is paranoid that someone is after him. The psychiatrist promises to help him and even gives him access to books after the surgeon saves the life of a guard. So initially, there are definitely signs of improvement in William.

It is only as time progresses that the protagonist internalizes his guilt. But the thing is, in all likelihood, he may never have murdered the innocent man had it not been for the mental illness (which was later diagnosed as schizophrenia). Plus, in the 19th-20th century, humans did not know as much about mental ailments as we do today. That Eliza wants to take the leap of faith with William becomes even more commendable when this information is kept in mind.

If love… then what? This is certainly a question that makes you think about what could have been for the two characters if only William were able to come to terms with his reality. In the end, Eliza states that she has completely forgiven the surgeon and believes that he deserves to be free. We think that if given the option, she would have even agreed to look after him.

However, William feels as though he has constantly been a burden on Eliza. First, he took her husband’s life away. Then, when they start falling for each other, he even says (to himself), “I have killed him again in your heart.” This is what triggers his schizophrenic episodes. When the dust settles, it breaks your heart because you realize that no matter what happens, William will never forgive himself for the murder. (There’s also the fact that this period piece makes a compelling argument for the many complexities associated with mental illnesses).

The Debate Around William’s Release

James gets his hands on photos where he sees that William is being made to throw up incessantly in the psychiatric facility. Concerned, he first visits Eliza who then goes with him to the hospital. There, they find a rendition of William that they do not recognize. It is only when she tells him “if love, then love” that he gets tears in his eyes (which is symbolic of him entering a more lucid phase). 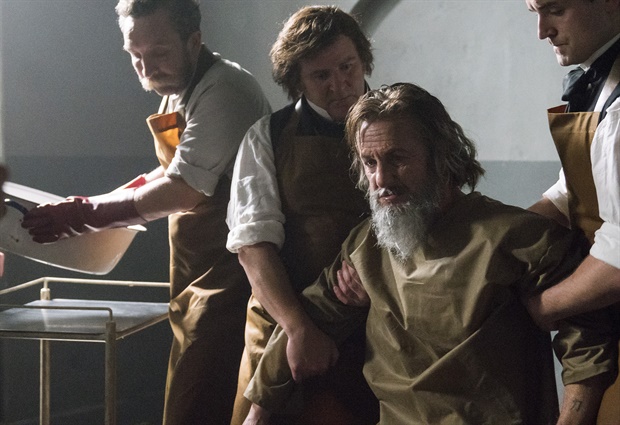 Now, Dr. Brayne has been a friend to William all along. He allows visitors and gives his patient a lot of freedom. But when the former surgeon cuts his own penis off, even the psychiatrist is at a loss for words. For this reason, he starts a more… aggressive form of therapy, in which William is bound and is made to throw up. This definitely seems cruel to us today, especially because we enjoy the luxuries of modern medicine. But back then, various treatments were still in infancy.

So, should William have been released? Given what we know about his future, the answer is an obvious yes. After all, if he had not been deported and did not go back to the US, he may never have been diagnosed with Schizophrenia. But we also think that it would be wrong to say that Dr. Brayne was an evil man.

The field of psychology has been associated with many malpractices in the past, but it is also important to remember that in the larger scheme of things, it is still a relatively new field. Plus, hindsight is always 20/20. So if the psychiatrist is trying a harsher treatment, it is not because of a lack of empathy. It simply seems as though this is the last resort for him.

After all, Dr. Brayne only does this when he runs out of all other options. Clearly, it does not work, and even Muncie questions the practice. However, this treatment also plays a bigger role. If James had not come across those pictures, he would never have campaigned for William’s release, which in turn could have rendered the American’s diagnoses incomplete.

Read More: Where Was The Professor and the Madman Filmed?