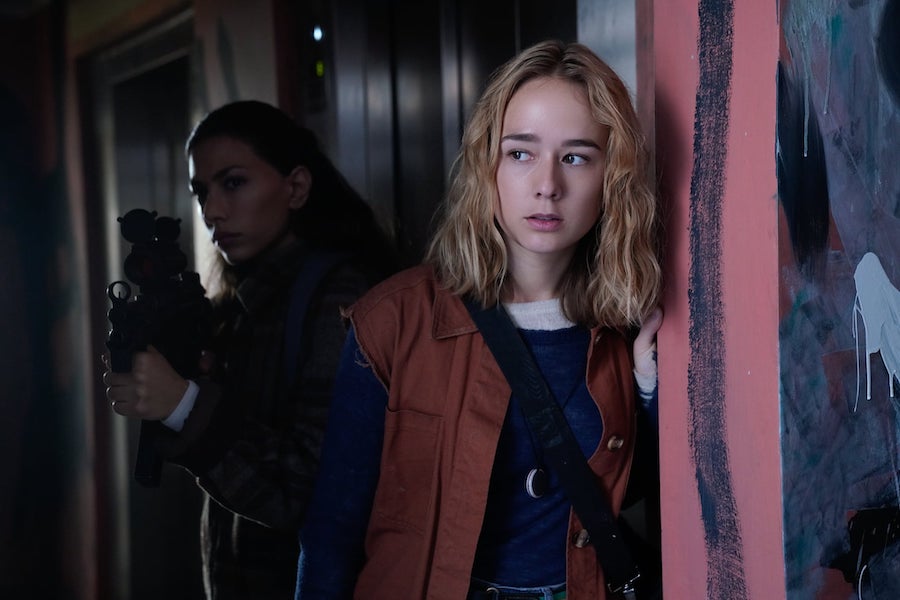 When the first season of ‘The Rain’ had released, the idea of a virus that would force people to hide out in their homes and bunkers, and them being quarantined off into a zone with a giant wall between them and the rest of the world seemed interesting, but far-fetched. We enjoyed the show because it gave us something that was fictional, something that we thought could never be. Fast forward to 2020, and months before the final season releases, the world is gripped by a virus that forces people to hide out in their homes, quarantined off in zones.

The virus in ‘The Rain’ might not be the same as the real one that the world has to fight against, but the story does take a completely different meaning, once watched with a new perspective. It is with this understanding of a world in the grips of a deadly virus that we go through the final season of the series. It might not be the perfect or an unpredictable ending to the story that started two years ago, but it does give hope, to its characters as well as the audience.

The third season picks up the story three months after the events of Season 2. Rasmus and Simone had parted ways after it became clear that Rasmus had started to use the virus as his superpower and would kill anyone who would try to stop him in whatever he wanted to do. At the end of the season, he had gone back to Apollon, and this is where, with Sten, he tries to figure out a way to spread the virus to others without killing them. Sometime later, he realizes that he has already done that with Sarah.

While Rasmus and Apollon prepare to change the world, Simone and the others try to find out a way to get across the wall. However, a new revelation completely changes their perspective of how things are going to be in the world from now on and Simone finds herself circled back to her brother. Tensions arise between them when Rasmus tells her about the new world he wants to make and Simone remains adamant at saving the one they already have.

From its first season, ‘The Rain’ had been more focused on its characters than the plot itself. It never broke any new ground when it comes to post-apocalyptic worlds, but it did create a story worth following about the people that we grew to love, or even hate. It is this connection that the audience has with the characters that the third season feeds on. With only six episodes, the show keeps its pace fast, but also slows down, at times, to allow the characters to go through the necessary changes. There is a lot of movement, which keeps the audience interested in what’s going to happen next.

Despite its ability to hook the viewer for an entire binge, the series never reaches its full potential. Even in the first two seasons, we could see that there was something missing in the show, some flair or depth that would give it another meaning. It felt like the show was holding back from truly scaling out the way it could, and it is with the expectation of finally watching it reach its zenith that the audience goes into its final season. It is the final run, and a story should go all out this time around. But, ‘The Rain’ doesn’t.

One of the biggest disappointments of this season is that it takes a complete U-turn from the character arcs that had been created in the second season. In fact, some of the characters are so drastically underused that it makes us feel sorry for them, and wonder what the show could have been had the writers tapped into their potential. For the ones that do get some attention, the motivations go haywire and they make such rash and rather incomprehensible decisions that we are let down even more. It wouldn’t be a spoiler if I said that not everyone makes it out alive of the third season, and sure, the deaths do have an emotional punch. However, some of them barely serve any purpose. They just turn out to be poor plot devices in the end.

Another thing that irks us while watching the series is how easy everything suddenly becomes for the protagonist, and how it doesn’t rain anymore unless it’s in the flashbacks. Half-way through the show and we already have a sense of what the finale is going to look like. Instead of creating anticipation for it, the show just rolls out another plot device to make things all the more convenient to end.

All in all, the series gets a proper resolution, which isn’t something that we can say about a lot of shows. However, ‘The Rain’ fails to expand its boundaries and dig into the mythology that its story works upon. Everything swims in shallow waters, never going deep enough to address tougher challenges. It leaves us wanting more, and not in a good sense. The one good thing, though, that we can take away from it is the hope that it provides. The finale is titled, ‘And This Too Shall Pass’. Perhaps, we can take some comfort in that and hope that the struggle against the real virus shall pass too.