The Rental Ending, Explained: Who is the Killer? 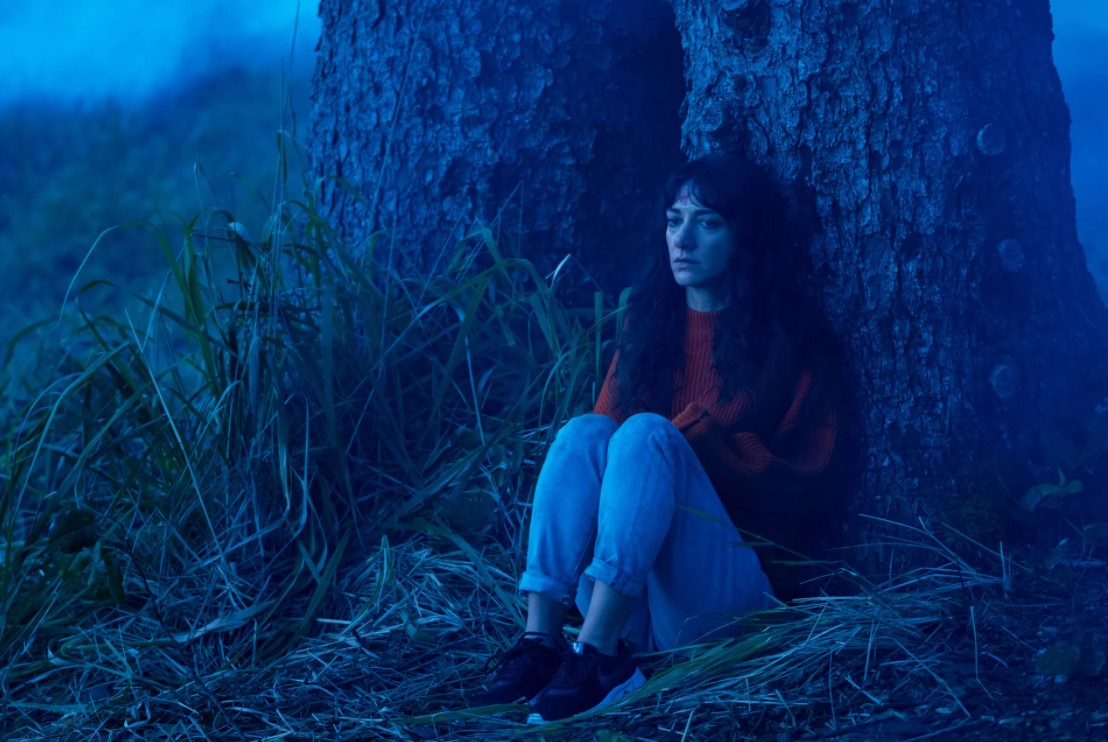 Actor Dave Franco of ‘The Disaster Artist‘ fame marks his feature directorial debut in the taut 2020 horror thriller ‘The Rental.’ The story follows four in a family going out for a vacation in a remote coastal house. Past secrets come out in the open, and the family comes on the verge of falling apart. Meanwhile, after an accidental death, they sense another presence in the house.

The remoteness of the location — which stays a mystery — enhances the suspense, while the natural sound and atmosphere add a layer of ominous intrigue. However, you must be scratching your forehead following the twisty ending. If that is the case, allow us to lead you to the bottom of the mystery. SPOILERS AHEAD.

Charlie is talking to Mina, his colleague and the new girlfriend of his brother, Josh, about their upcoming trip. Meanwhile, Josh appears on the scene to give Mina a lift home. Michelle, Charlie’s long-time girlfriend, is visibly happy for Josh, whose life seems to have found a new direction. It seems that Josh has had a troubled adolescence, spending some time in jail, but his life is showing improvement after the appearance of Mina. The following day, Josh and Mina appear on the doorstep of Charlie, tagging Reggie the dog along. 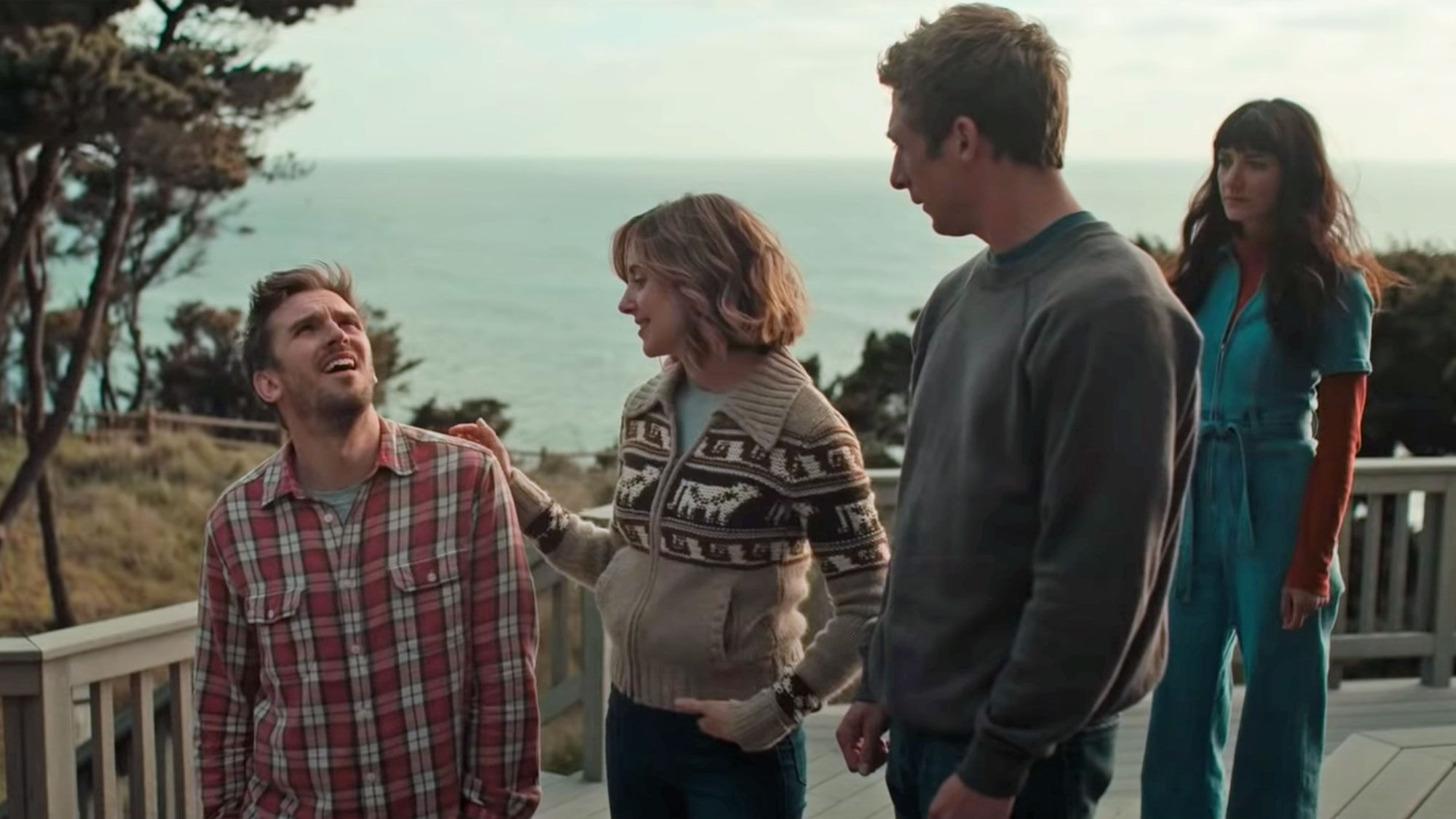 Charlie, Michelle, Josh, and Mina, are driving to the rental spot, where Josh, Mina, and the dog occupy the backseat. Mina shows Charlie her Facebook profile, asking whether it’s a bit over-the-top. Meanwhile, Mina is also angry at the owner of the rental place, who seems to be a racist. While he rejected Mina’s request for booking the spot, Charlie’s request got accepted an hour later. Taylor, the brother of the owner, is the host of the Cliffside Home, since the brother lives mostly out in town. He talks about how the stars are insane around there, agreeing to bring along the telescope when Michelle picks the topic.

While Mina is confrontational about the rejection of her booking, Charlie raises the idea of taking a hike along the shore while in a pun battle with Josh. In the hike, Josh asks Michelle whether she is uncomfortable with Mina mingling with Charlie, but Michelle can understand their “creative thing.” With Michelle unwrapping the surprise (MDMA), the night escalates further out of control. Michelle takes a rain check, while Josh passes out from too much drinking. Mina and Charlie get into the hot tub, relocating the action to the shower.

The following day, Michelle and Josh are ready for the hike, but Mina and Charlie are not feeling too well. Meanwhile, Mina discovers cameras installed in the showerhead, but they lose Josh’s dog, Reggie, while scheming how to deal with the situation. Josh says not to call the police, which would threaten the exposure of their tryst, but Michelle may already have an idea after the conversation with Josh about Charlie’s cheating streak. When Taylor arrives to fix the hot tub, Mina gets confrontational again, leading to Josh beating him up. They later discover Taylor dead, while we sense another presence in the woods.

The Rental Ending: Is Taylor Dead or Alive? Who Killed Taylor?

Taylor, the brother of the homeowner, is dead, as Charlie confirms after a tour of the bathroom. After showing him the cameras, Mina threatens him with the police. Taylor assures them that he had nothing to do with the cameras and that he would happily inform the police himself. However, following Charlie’s warning, Mina does not really seek to get involved with the police. As Mina attempts to snatch the phone away from Taylor, a commotion ensues. Josh, entering the washroom, looks at the scene and mistakes it for Taylor hurting Mina.

Josh throws Taylor into the bathtub and keeps on punching him. While they are out on the front porch, Mina apologizes for the escalation of the situation. Smartly, the movie inserts a scene about a gloved hand suffocating Taylor to death. Thus, although Josh is repentant for his role in the murder, we know for sure that Josh did not kill Taylor. For a moment, the viewer may also suspect Charlie, looking at his black trousers, which are the same as the killer. He has the motive, and he is sharp enough to pull off the murder. However, in the end, we see the killer, who is not Charlie.

The killer stays behind the mask, and the movie does not reveal his true face. The finale also reveals that he is serially driven, as he removes his gadgets from the house and installs it in another rental place. It can be that the killer is Taylor’s brother, but it is unlikely. Possibly, he knows the area and its rental houses, and murder is not his primary motive. With the cameras, he tapes the lodgers and maybe even streams it online. However, with his arsenal of weapons — including the hammer, which he uses to smash skulls — he seems to be a person who does not turn back from murder, if it requires so. As we seem to be in the company of a serial killer, a sequel may indeed be in the books.

Are Michelle, Charlie, Josh, and Mina Dead or Alive?

After Taylor’s death, Charlie, Mina, and Josh attempt to throw the body off the cliff. However, Michelle feels guilty, and she decides not to be an accomplice in the murder. She rather ventures out into the house, finding the video feed in the cellar room that depicts Mina and Charlie doing the nookie. Outraged, Michelle takes the car out, hoping to leave the place stranding others. Charlie follows, but he cannot stop her after she confesses that she knows about Mina and Charlie.

Meanwhile, Charlie keeps Michelle’s discovery a secret and asks the rest to find the control room. Josh, who is primed, goes straight to the creepy room with a code locking system underneath the house. Meanwhile, Charlie ventures out after getting a text from Michelle, stating that she crashed the car. The killer placed spikes on the side of the road, which led to the accident.

By the time Charlie reaches the scene, it is perhaps too late. Following the light of the phone, Charlie finds Michelle’s dead corpse. Meanwhile, the killer comes out of the forest and attacks Charlie. While he dies, Josh breaks the door-lock with a simple kick. While he finds mysterious photos in the basement, there are no monitors.

They head back to the house, where the killer is hiding in the darkness. He attacks Josh, making sure that he is dead with a blow into his skull. Mina attempts to escape the killer, leading to a cat-and-mouse chase through a foggy forest. However, she cannot find her way in the fog, falling from the edge of the cliff. All four die, while the killer escapes the scene, leaving the police to pick up the bodies. While the sea claims Taylor and Mina’s bodies, the other three remain scattered in and around the house.

Is Reggie The Dog Dead or Alive?

When Mina and Charlie are too busy to reflect on their deed of the previous night and probing into the mystery of the secret cameras, they lose the dog. Josh looks for the dog, but there remains no sign of the dog around the house. Later, when Taylor comes around to take a look at the hot tub, Josh asks Taylor whether he has the dog. But Taylor has not abducted the dog, and the property was strict about not allowing pets, to begin with.

However, Taylor also has two dogs back home, and he assures Josh that he is not going to report them bringing a pet. He also hopes that they find the dog. However, as the night spirals out of control, we almost forget about the dog. But the finale reveals the killer having the dog. At the break of dawn, he opens the mask and takes a moment to look at the sky. The dog appears and sits in front of the killer, and we get the idea that the dog is the sole member of the trip who comes out unscathed.