Where Was The Disaster Artist Filmed? 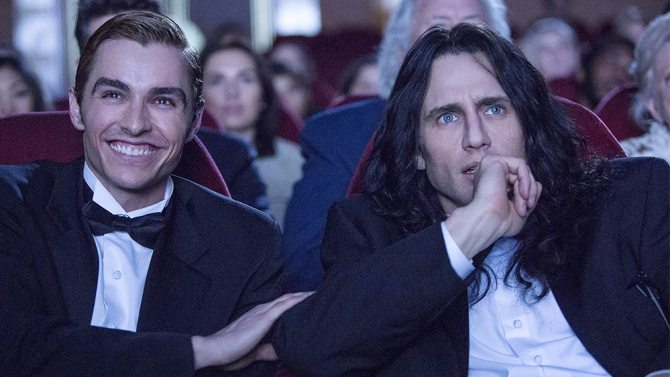 The story of the ‘The Disaster Artist’—starring the Franco brothers— is adapted from Greg Sestero’s non-fiction book of the same name. The book highlights the unlikely friendship that developed between  Tommy Wiseau and Sestero, who later created ‘The Room.’  Known to be the “Citizen Kane of bad movies,” after its release back in 2003, ‘The Room‘ acquired a cult classic status, despite all the horrendous reviews that it received. It’s the perfect example of “it’s so bad that it’s actually good.” Apart from portraying the journey of the two filmmakers, ‘The Disaster Artist’ also attempts to recreate several scenes from ‘The Room’ and that’s the reason why its cast and even its overall setup play a key role in giving it the perfect biographical-comedy vibe.

In the original book, Sestero draws a clear picture of all the locations where the movie was shot and also describes how the real LA was traversed into the setup of ‘The Room.’ Although the creators of ‘The Disaster Artist’ tried their best to recreate the same setup, they took some liberties as well and focused more on the plot of the film. The movie was primarily filmed in Los Angeles, along with some parts of London.

Because of its lack of any modern buildings or luxury apartments, North Hollywood was chosen as a location for the filming of the movie. Several locations in its San Fernando Valley, including Lankershim Boulevard and Magnolia Boulevard, were used for shooting almost the entire film.

Actors!This class at James Franco's Studio 4 is amazing! In NoHo. Do not miss it. https://t.co/5FZwhSnafl #actors pic.twitter.com/yEEF36aenb

If you’ve already seen ‘The Disaster Artist’, you’ll be able to recall how Tommy (James Franco) and Greg’s (Dave Franco) first meet at the theatres. This particular scene was filmed in Theatre 68 on Lankershim Boulevard. The same theatre is later also featured in the movie as a San Francisco acting school where Tommy’s character is introduced. The NoHo Arts Center is featured in one of the closing scenes of the movie and has been mentioned in the book as well. ‘The Room’ originally premiered at the Fairfax Laemmle Theatre on Beverly Blvd. However, in ‘The Disaster Artist’, the whole setup of the film’s premiere was recreated in Crest Theatre in Westwood.

The film also walks you through several bars and restaurants in North Hollywood including Ernie’s Taco House and The Federal Bar on Lankershim Boulevard, Poquito Más on Magnolia Boulevard, The Eclectic, Astro Family Restaurant on Silver Lake, and Canter’s Deli.

To recreate the parts of the book where Wiseau and Sestero played soccer at Polo Fields in Golden Gate Park, the filmmakers decided to go for Wright Cricket Field at Woodley Park in Van Nuys as a filming location. The book also reveals that Sestero spent the better part of his life in San Francisco suburbs. So just to ensure that Greg’s neighborhood in the movie does not look like L.A, a single-family home in Valley Village was allocated for the movie.

When ‘The Room’ first premiered, a billboard advertising the movie was placed at the busy intersection of Highland Avenue and Fountain Avenue. And believe it or not, this billboard rested there for the next five years. Even for ‘The Disaster Artist,’ the same billboard was used to recreate a similar advertisement. The film also walks you through several apartment buildings of NoHo including The Ardmore Apartments, The Langham Apartments, and The Ojai Apartments. Apart from all the locations mentioned above, the infamous sex scenes recreated from the early moments of ‘The Room’ were filmed at Occidental Entertainment Studios.

Here’s a video from the sets of the movie:

Here’s another still from one of its filming locations:

#JamesFranco "The core of James Franco’s “The Disaster Artist” is the on-set and behind-the-scenes antics involved in the filming of “The Room,” and that’s where Franco’s movie both comes alive and falls apart" @NewYorker pic.twitter.com/STSAVe0uTI