‘The Requin’ is a horror-thriller film directed by Le-Van Kiet that revolves around Jaelyn and Kyle, a couple vacationing in Vietnam. However, after a wild storm, the couple finds themselves fighting for survival amidst the attacks of great white sharks. In this stylized action thriller, Jaelyn and Kyle are tormented by their past as they attempt to save themselves from the harrowing shark attacks. Naturally, with the lives of Jaelyn and Kyle at stake, viewers must be curious to learn how the couple’s unfortunate vacation ends. In that case, here is everything you need to know about the ending of ‘The Requin.’ SPOILERS AHEAD!

The film opens with Jaelyn and Kyle, an American couple vacationing in Vietnam. Jaelyn is dealing with the loss of her newborn baby. The baby was stillborn, and the incident left Jaelyn traumatized. Jaelyn and Kyle visit Vietnam in hopes of recovering from the loss and raising their spirits. The couple is staying at a beach retreat in a bungalow floating over the ocean. While swimming, Kyle suffers a mysterious bite that he ignores. 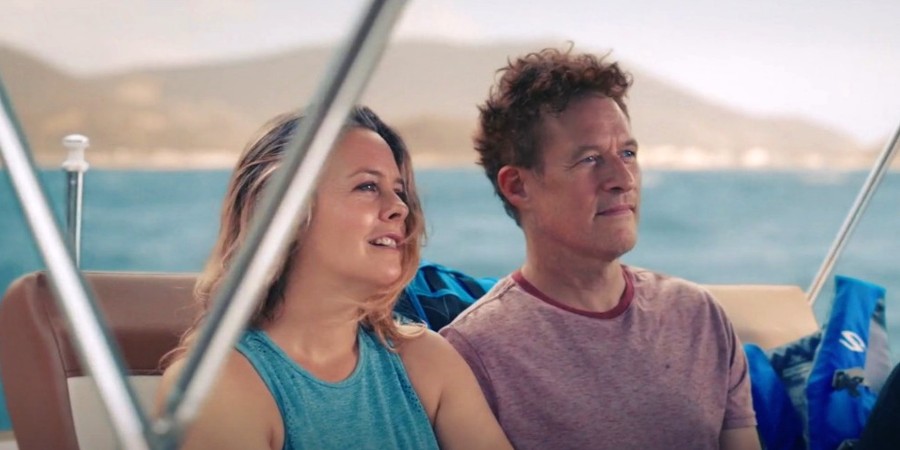 One night, a wild tropical thunderstorm hits the beach retreat. As the storm rages on, Jaelyn receives a phone call from the hotel staff asking whether they would like to relocate to the shore. However, Kyle reassures Jaelyn that the storm will pass and they will be fine. After the couple declines the offer to shift, they go back to sleep. Soon, Jaelyn wakes up from loud noises as the water tides begin to destroy the house. As the couple tries to escape, the house is torn apart and begins to drift away from the mainland.

Jaelyn and Kyle realize that Kyle’s injury is worsening. Moreover, the couple has no way of contacting the mainland. Kyle insists that they must remain in the house and wait for help. Meanwhile, Jaelyn dives into the ocean and salvages whatever food and supplies she can find. A ship passes by the couple’s drifting house, and they light up a smoke signal to attract help. However, the house catches fire, forcing the couple to escape on a makeshift raft.

A shark attacks the couple’s rift and bites off Kyle’s injured leg. Jaelyn narrowly saves Kyle from the shark, and the two continue to drift along the ocean. Soon, a horde of sharks attacks the couple and bites Kyle’s legs leaving him unable to move. Jaelyn once again gets the raft to safety, and the couple arrives on a beach. However, Kyle passes away, and the tides carry his body into the ocean, where the horde of sharks devours Kyle. Alone, hopeless, and battered, Jaelyn must fight for her survival. Whether or not Jaelyn gets to safety makes up for the rest of the plot.

The Requin Ending: Does Jaelyn Survive?

Jaelyn lands from one nightmarish scenario to another after her vacation to Vietnam takes a drastic turn. Jaelyn is severely traumatized by her baby’s stillbirth and cannot stand the sight of blood. Thus, the situation arising from the shark attack is all the more difficult for Jaelyn to deal with. Moreover, her husband succumbs to his wounds, and his body is reduced to shreds by the sharks. An exhausted Jaelyn drags herself across the beach with a shark bite on her thigh. Just as she is resolved to give up, Jaelyn sees a vision of Kyle, who encourages her to fight for survival and carry on with her life. Thus, Jaelyn musters up some strength and reaches the other end of the beach, where she sees a fisherman’s coracle. 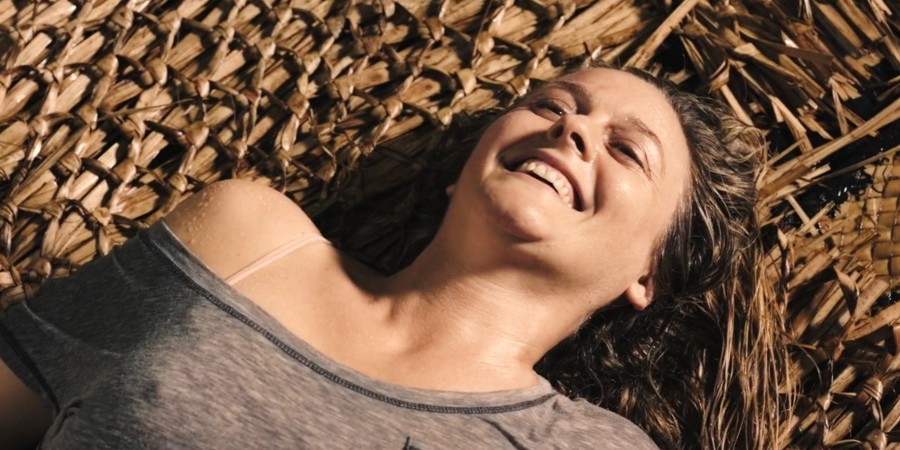 The sight of the coracle gives Jaelyn a glimmer of hope. She requests the fisherman to help her, and he promptly tends to her injuries. After her wound is sewed up, Jaelyn passes out from exhaustion and pain. Meanwhile, the fisherman dives into the ocean to check his fishing traps. However, he is attacked by a shark. Jaelyn wakes up and tries to save the fisherman, but the shark devours him. As a result, Jaelyn realizes that she can no longer run from the sea creature and must fight it. Jaelyn finds an outboard engine in the coracle and uses it to fight the shark. However, Jaelyn’s attack enrages the shark, toppling the coracle.

Throughout the film, Jaelyn runs from the sharks, only fighting back to fend them off occasionally. However, in the climax, Jaelyn becomes committed to defeating the hostile shark at any cost. Nonetheless, she faces a stern challenge after the coracle is turned upside down. As the shark gears up to attack, Jaelyn uses her body weight to swing the coracle’s anchor into the shark’s mouth. The attack proves to be lethal, and the shark is killed. As a result, Jaelyn saves herself from certain death and rejoices as she finally overcomes the harrowing ordeal. The experience reminds Jaelyn of the value of life, thereby undoing her trauma to a certain extent. In the end, Jaelyn drifts towards a shore lined with fishermen. With obvious help in sight, Jaelyn finally breathes a sigh of relief and prepares to put the shark attacks behind her.

Do Jaelyn and Kyle Reconcile?

At the movie’s start, Jaelyn and Kyle are recovering from a tragedy in their lives. The stillbirth of their firstborn child has left Jaelyn traumatized. However, the incident has also created a rift between the couple. While Jaelyn and Kyle never truly address their complicated emotions stemming from the tragedy, it is evident that all is not well between them. As the narrative progresses, the couple is left stranded in the ocean, and Jaelyn voices her concerns over their relationship. She criticizes Kyle’s handling of the situation. Jaelyn expresses her regret over her life after the unfortunate childbirth. 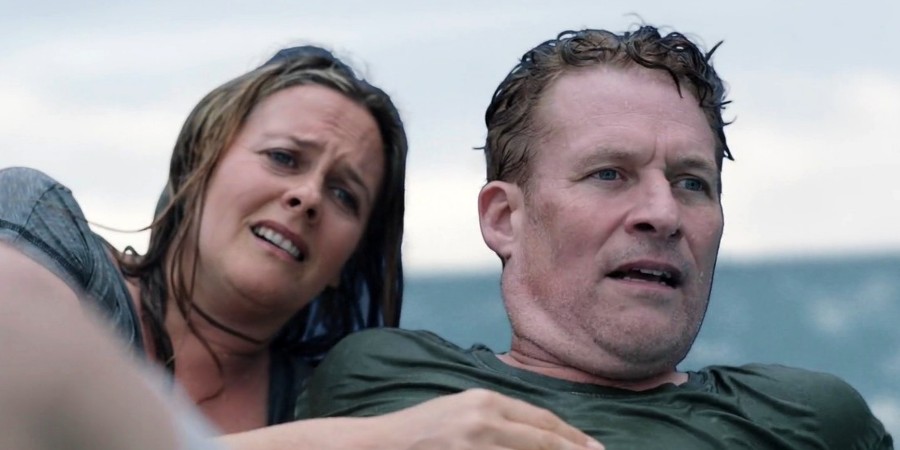 Despite all his compassion and empathy, Kyle fails to understand Jaelyn’s perspective. Moreover, Kyle distanced himself from Jaelyn, leaving her alone to deal with her trauma. However, the couple does reconcile while they face an uncertain future in the ocean. Kyle apologizes to Jaelyn, and she wholeheartedly forgives him, thereby re-energizing their relationship. However, the couple’s joy is short-lived. Soon after their reconciliation, the sharks attack and kill Kyle. Thus, Jaelyn and Kyle’s reconciliation ends on a bittersweet note as Kyle perishes. Nonetheless, the couple’s reconciliation gives Jaelyn the strength to continue fighting for her survival even after her husband’s death.