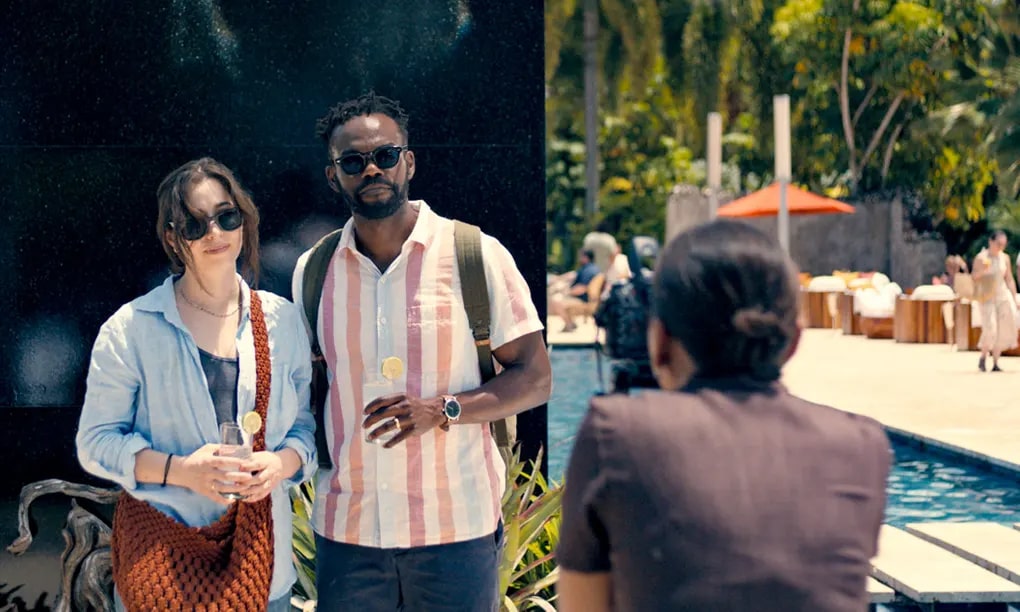 While Peacock’s ‘The Resort‘ has two primary timelines, the narrative veer toward other instances in the past for comprehensive storytelling. In episode 6, titled ‘Hunch of Club Seeth,’ Noah (William Jackson Harper), Emma (Cristin Milioti), and Baltasar Frías (Luis Gerardo Méndez) visit Illán Iberra in 2022. Sam Knowlston (Skyler Gisondo) and Violet Thompson (Nina Bloomgarden) do the same in December 2007. A tragedy occurs, forcing Baltasar to do some self-reflection. Here is everything you need to know about the ending of ‘The Resort’ episode 6. SPOILERS AHEAD.

The episode begins in the Mexican city of Izamal, where, according to Baltasar, the Frías home is the only house that is not painted yellow. A young Baltasar finishes reading Iberra’s ‘El Espejo’ and finds himself deeply unsatisfied with the ending. So, he writes a letter to the author, offering him help to improve his craft. In time, Iberra responds, understandably agitated. He declares that Baltasar has limited comprehension skills and insults his family. The letters go back and forth until Balasar’s mother finds out. Ibera has no way of knowing that Baltasar is a child. His mother still ensures that Iberra is sacked from his position at a university. His writing career tanks after that as well.

In the present time, with the discovery of the cell phones of both Sam and Violet, Noah and Baltasar seem hopeful and believe that they are close to finding out the truth about what happened to the teenagers 15 years earlier. However, Emma has grown somewhat skeptical. After learning about ‘La Desilusión Del Tiempo,’ Baltasar reveals to Noah and Emma that he knows how to find Iberra. They subsequently drive to Izamal to retrieve Iberra’s letters to Baltasar. There, at the Frías home, he encounters his brother. They start brawling and fall from the first floor. Emma and Noah realize that they saw Baltasar’s brother earlier. Eventually, they take a car belonging to Baltasar’s brother and escape.

After arriving at Iberra’s home, they are greeted by the man’s daughter, who refuses to let them enter, informing them that her father is sick. But Emma secretly enters the Iberra household and locates the author. Suddenly, there is a commotion. As Noah, Baltasar, and Iberra’s daughter rush inside, they find Iberra flinging things at Emma. After things settle down and Iberra learns about why the group is at his home, he asks them whether they think that he killed the teenagers. This is a valid question, given Emma, Noah, and Baltasar have considered the very thing before coming to Iberra’s home. The author then begins telling his guests what happened 15 years earlier.

In 2007, Sam and Violet arrive just like their 2022 counterparts, unannounced. The series keeps alluding to a vortex of water. Whatever this room where time doesn’t exist is, it just might contain water that can help an individual transcend the constraints of time. Iberra tells both groups that he knows six languages, one of them being his own creation. He used the language he created to write the name of the room’s location in ‘La Desilusión Del Tiempo.’ The phrase is “Húncb fò Llub Sēēth.” In 2022, Iberra discovers who Baltasar is and attacks him.

Yes, Illán Iberra is dead. In 2022, while deciphering his own words for his guests, Iberra discovers that his pen doesn’t have any more ink. In fact, none of the pens in the house seems to work. Baltasar reluctantly gives his own pen to the author. Soon enough, Iberra notices the yellow snake marking and demands to know who the other man is. When Balthasar reveals his identity, Iberra attacks, stabbing the Frías heir in hand. Just as Iberra tries to choke Baltasar to death for ruining him, he has a heart attack and dies. This makes Baltasar deeply repentant, as he realizes that everything that has happened can be traced back to him.

The episode title, ‘Hunch of Club Seeth,’ partially hints toward the meaning of the phrase. In 2007, Sam quickly realizes this, which is why he laughs out loudly. In 2022, Iberra shows his guests that “Hüncb” stands for Park, and “fò” means of. As the episode ends, Emma figures out that the places that Alejandro, the protagonist of ‘La Desilusión Del Tiempo,’ visits in the book are actually the parks of Yucatán, Mexico. When she connects them with a line, they seem to create a spiral. She realizes that the unknown area at its center is the likely location of the room beyond time. That is where Iberra left Sam and Violet 15 years earlier.

Read More: Did Sam and Violet Time Travel in The Resort? Theories