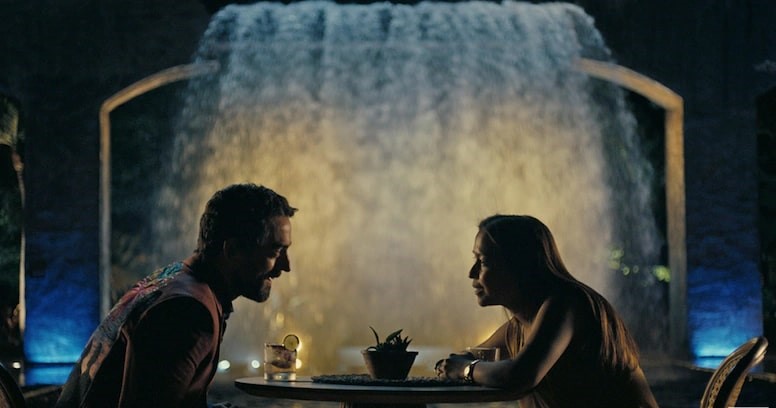 Because of the setting and certain aspects of the narrative, Peacock’s ‘The Resort’ can’t escape the comparison with ‘The White Lotus,’ even though the two shows can’t be more different. If ‘The White Lotus’ is a brutal satire on 21st-century life, ‘The Resort’ is actually a breezy ride through magic realism. The latter has two distinctive timelines. In 2022, Noah (William Jackson Harper) and Emma (Cristin Milioti) arrive in Yucatán, Mexico, to celebrate their 10th anniversary. After an accident, Emma discovers an old phone in the jungle and realizes it belongs to Sam Knowlston (Skyler Gisondo), a young man who went missing 15 years ago, along with another tourist, Violet Thompson (Nina Bloomgarden). The narrative shifts back and forth between the two timelines as both groups try to find the mysterious pasaje, mentioned in the book ‘La Desilusión Del Tiempo’ by Illán Iberra.

In the season finale, the journey nears its completion, both for the couple in 2007 and Noah and Emma in 2022. They find the pasaje, and it leads them to what they have been looking for all this while. Here is everything you need to know about the ending of ‘The Resort.’ SPOILERS AHEAD.

The episode begins after Violet wakes up due to Sam’s rigorous snoring. Somewhat irritated, she writes a note, leaves it in one of his shoes, and makes her way to the tunnels as the winds start to rise. In 2022, Noah, Emma, Baltasar (Luis Gerardo Méndez), and Murray (Nick Offerman) venture into the tunnel as well. They find a large piece of rope while trying to cross a water body. After attaching it to a contraption that is conveniently there, they are able to pull in a raft. They get on it and eventually reach a clearing. The sight is quite pretty, but it is underwhelming for both Balthasar and Emma as they have been expecting something supernatural. Suddenly, Emma and Baltasar discover two hidden tunnels. The group split up, with Emma going down one tunnel with Noah and Balthasar entering another with Murray.

In these tunnels, Emma and Baltasar are forced to confront their pain and their past in what seems like a trial that has been exclusively designed for them. In 2007, Violet enters the tunnels alone and is stuck as the water begins to rise due to the hurricane. Just then, Sam finds her and asks her why she left without him. Violet defensively says that she left a note in his shoes. Unfortunately, the said note has become a wet paper ball. Sam and Violet try to leave as the water rises rapidly. But they find themselves stuck and seemingly drown.

The Resort Finale Ending: Do Emma and Violet Find Pasaje?

At the start of the series, when ‘The Resort’ still seems like a murder mystery, the main question that the narrative seeks to answer involves the identity of Sam and Violet’s killer. However, as the series progresses, it becomes increasingly clear that they weren’t murdered. We learn about Violet’s interest in pasaje and how she is searching for it so she can see her mother again, whom she lost to cancer. When Emma learns what that place can give her, she too becomes obsessed with it, She and Noah lost a child, and she didn’t even get to meet her. It has been the single greatest source of pain in her life.

At the end of their road, both Emma and Violet find exactly what they are looking for. Emma discovers Violet and Sam floating in the water of a mystical pool, alive but unconscious. What is more astonishing is that they haven’t aged a single day in 15 years. When she wakes them up, she finds out that they think only a few minutes have passed. Emma is subsequently reunited with her father. Sam tries to call his parents, but they think someone is pranking them. 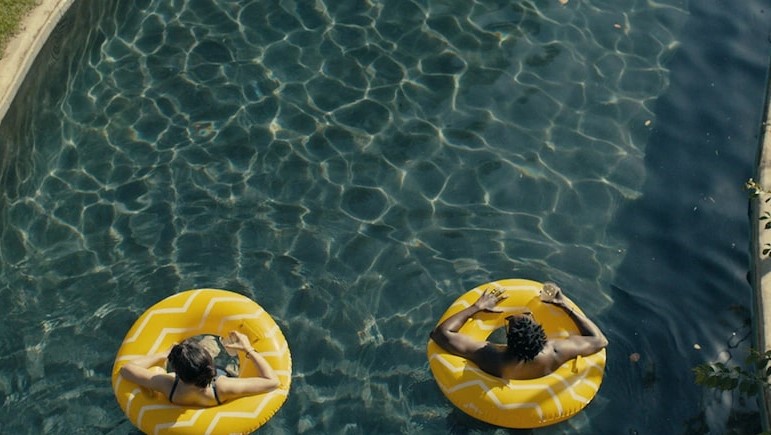 The pool evidently has supernatural properties. It can help people transcend time and reunite with loved ones. For Emma, it’s her daughter; for Violet. it’s her mother. However, the pasaje is not necessarily the pool itself but the journey these two individuals undertake. At the same time, the underground tunnel where Emma gets stuck can also be viewed as a physical representation of the pasaje. The journey teaches Emma and Violet the value of what they have. Noah and Emma’s relationship improves because of this journey, and the latter actively decides not to get into the water — no matter how much she wants to — because she doesn’t intend to lose 15 years of her life.

Violet is not so lucky. While she may not have lost 15 years, Murray has, as have Sam’s parents. As Luna observes, while it seems like a happy ending for everyone, the fact that they have lost precious time with each other will catch up to them.

Does Baltasar Gets Closure? 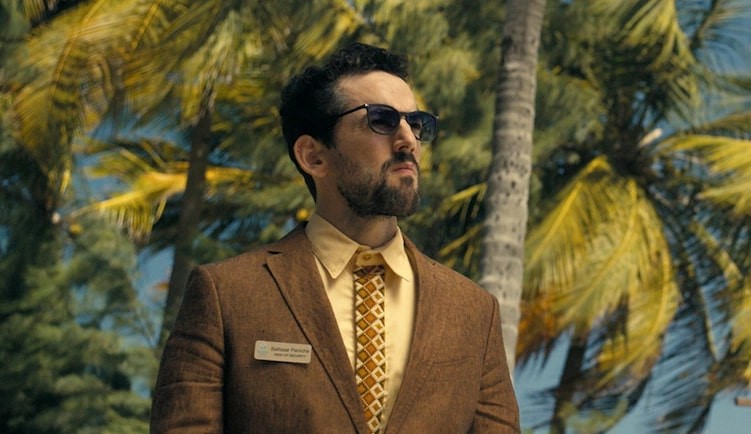 While Emma is on a life-changing journey through one tunnel, Baltasar faces his own struggles in the second tunnel as he encounters an actual yellow snake, the symbol of his family. His own journey up until this point has prepared him for the confrontation. Even though the snake coils itself around him and is ready to strike, Baltasar is finally unafraid to confront his past and the legacy of his family. He emerges triumphant. Later, he tells Luna that he is leaving for a different shore. Having found peace in his life, Baltasar is finally ready to live his life. 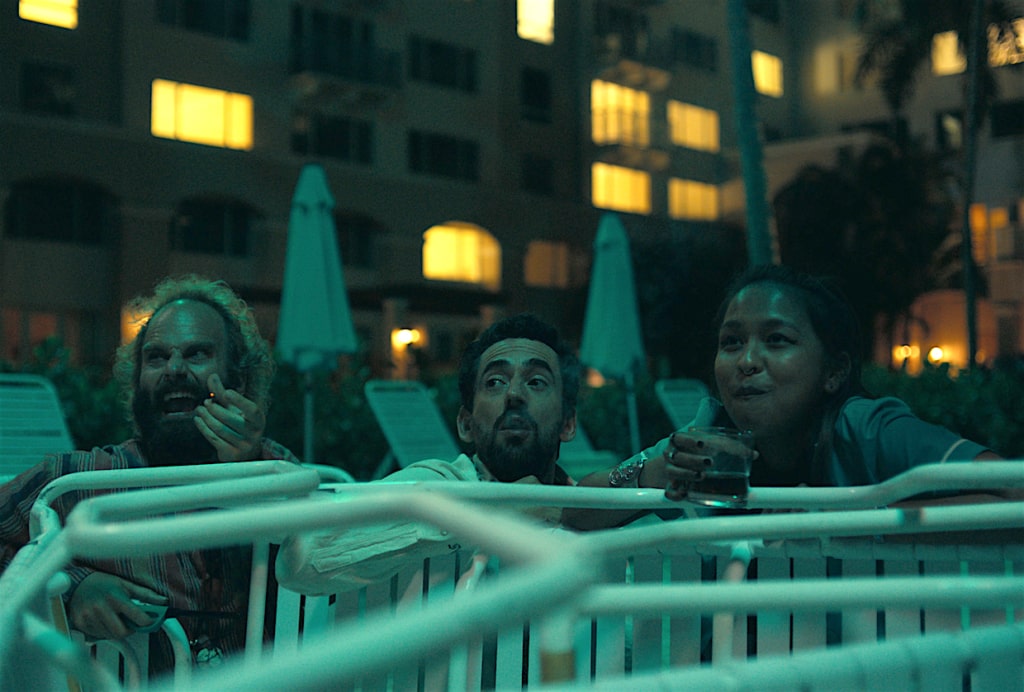 Alex (Ben Sinclair) is the eccentric owner of the Oceana Vista Resort, where Violet and Sam stay in 2007 and which is destroyed in the hurricane. Alex seems to have some form of amnesia. He often puts his finger in his ear and claims that his memory is leaking. In the season finale, Sam, who doesn’t remember anything he experienced in the pool, sticks his finger in his ear. Baltasar, who is there with him and has seen Alex do it countless times, realizes that Alex found the pasaje and the pool all those years ago. Alex is perhaps indeed right when he claims to Violet and Sam that Alejandro, the main character of ‘La Desilusión Del Tiempo,’ is indeed based on him. After all, Iberra does tell Sam and Violet that he took his friend to pasaje. This friend was likely Alex.