Where Was Lifetime’s The Secret Lives of College Freshmen Filmed? Is it a True Story? 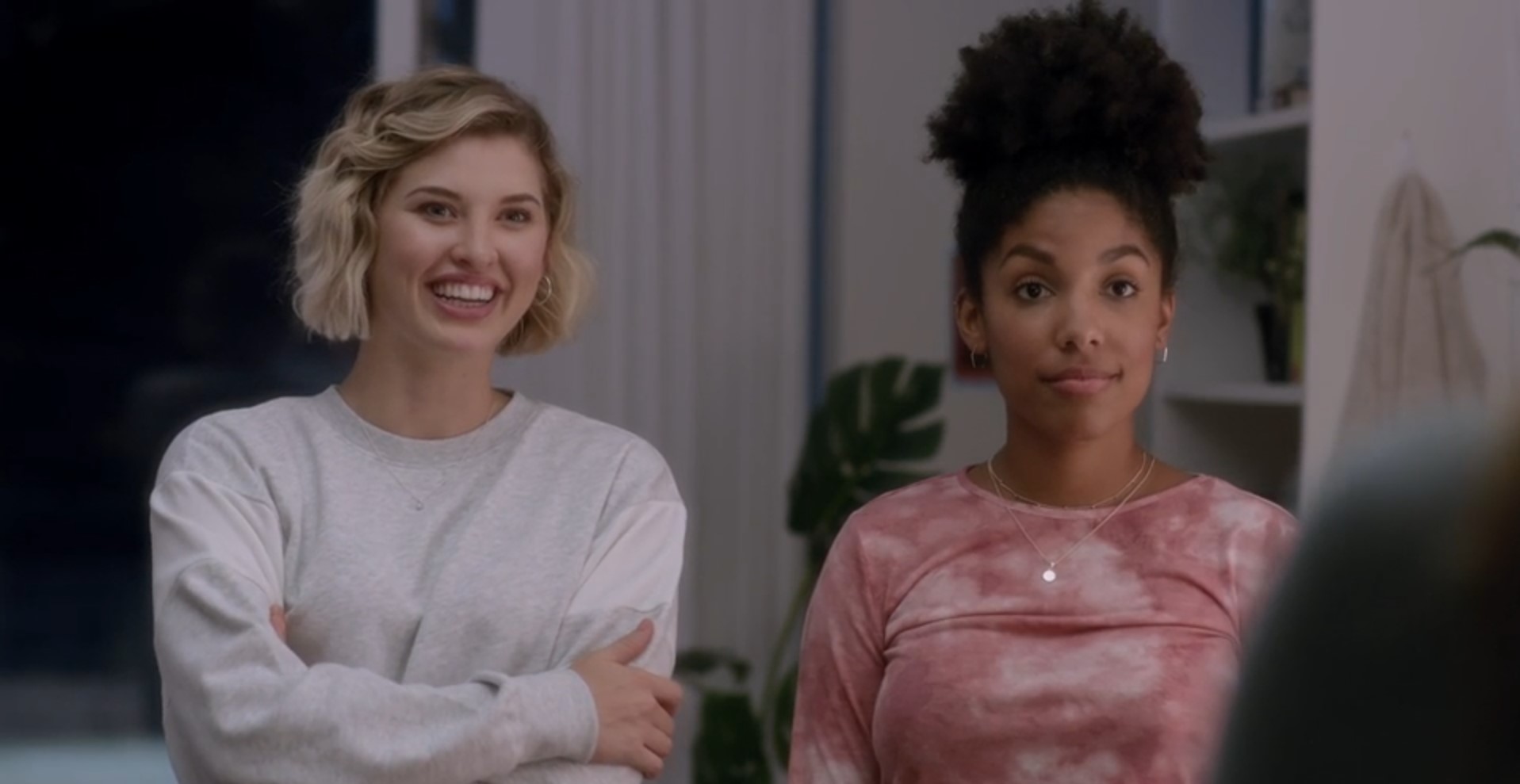 Directed by Tony Dean Smith, ‘The Secret Lives of College Freshmen’ is a thriller film that will keep you on the edge of your seat. It follows two college students, Hannah and Jodie, who move into a seemingly perfect dorm on campus. But when they learn that the previous occupant passed away under mysterious circumstances, the duo senses that something is amiss. Moreover, Hannah begins dating Professor Hampton, and she realizes that he is somehow connected to Amy’s death.

A steamy affair with a professor and a hidden journal are clues that help unlock the terrifying mystery. The setting aptly captures the tone of the film as it goes from happy to dark very quickly. So, you must be curious to know more about the locations that effectively embody both these moods. Let’s take a detailed look and find out more about the thriller!

As the film revolves around college students, many events in the movie take place in a college setting. While production teams can effectively recreate a college campus in studio backlots, several beautiful campuses across North America often serve as filming sites for films and television shows. Naturally, you must be wondering where this movie was shot. Here is everything we know!

‘The Secret Lives of College Freshmen’ is a Canadian movie by Johnson Production Group, a production company based in Vancouver, British Columbia. Therefore, we believe that the thriller was filmed in the city. Located at 1917 West 4th Avenue #585, Johnson Production Group is also credited for other thriller movies like ‘Pom Poms and Payback,’ ‘My Husband’s Killer Girlfriend,’ and ‘Her Husband’s Secret Life.’ 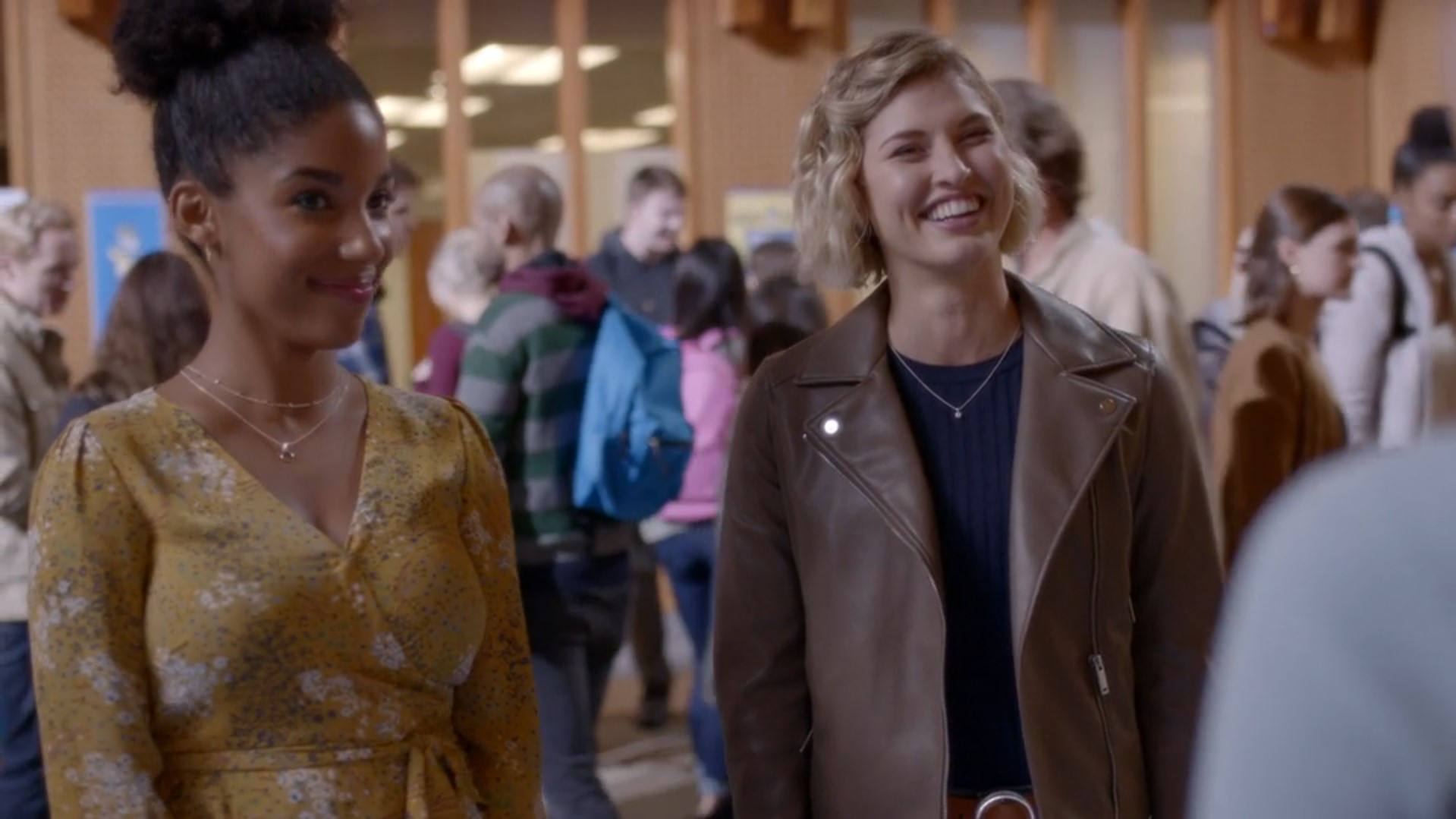 The filming crew for ‘The Secret Lives of College Freshmen’ seemingly tapped into the modern facilities in British Columbia and utilized numerous outdoor and indoor shooting locations. The province has been a popular filming destination for quite a while, especially as it is home to magnificent metropolitan cities set in the lap of stunning natural landscapes. Additionally, British Columbia has some of the biggest film studios in the region. Thus, it is no surprise that the province has played host to film crews for movies such as ‘Percy Jackson: Sea of Monsters,’ ‘The Hurt Locker,’ and ‘The Incredible Hulk.’

The film stars Sarah Grey as Hannah and Oliver Rice as Professor Andrew Hampton. Grey is recognized for her role as Alyssa in Netflix’s ‘The Order.’ She also appears in ‘Legends of Tomorrow‘ and the film ‘The Wedding March.’ On the other hand, you might recognize Rice from shows such as ‘Nancy Drew,’ ‘Chilling Adventures of Sabrina,’ and ‘Chesapeake Shores.’ Other cast members in the film include Raylene Harewood (Jodie), Kendall Cross (Nancy Marks), John Cassini (Detective Phillips), Abby Ross (Daisy), Benita Ha (Dean Michaels), Max Chadburn (Rachel), Rryla McIntosh (Alysha), and David Underhill (Harry).

Is The Secret Lives of College Freshmen Based on a True Story?

No, ‘The Secret Lives of College Freshmen’ is not based on a true story. It is an original movie written for Lifetime by Cameron Patterson. However, there are multiple real-life incidents that the movie bears a resemblance to, especially the part about the mysterious death of a college student. At first glance, the 2015 murder of Karlie Hall and the 1993 murder of Sophie Ann Sergie come to mind. 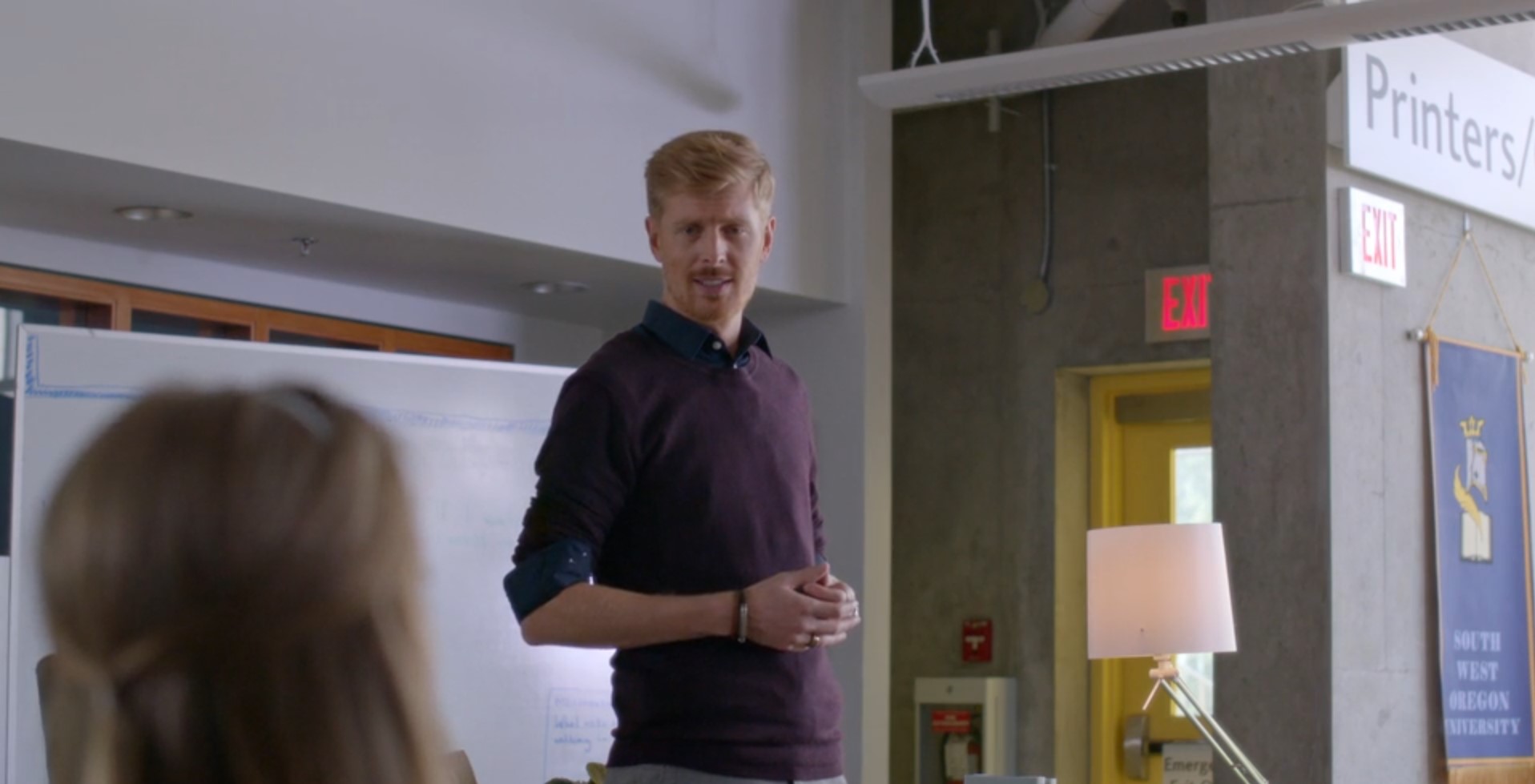 Karlie was a freshman at Millersville University in Pennsylvania when her boyfriend brutally murdered her in her dorm room. According to sources, the police came to find her boyfriend, Gregorio Orrostieta, performing CPR on Karlie, but the subsequent investigation found him guilty of third-degree murder. On the other hand, Sophie Ann Sergie was reportedly sexually abused and found dead in the bathroom of her college dorm. Although the case went cold, in 2019, Steven H. Downs was arrested on charges of sexual assault and murder. However, this case is still ongoing in court. 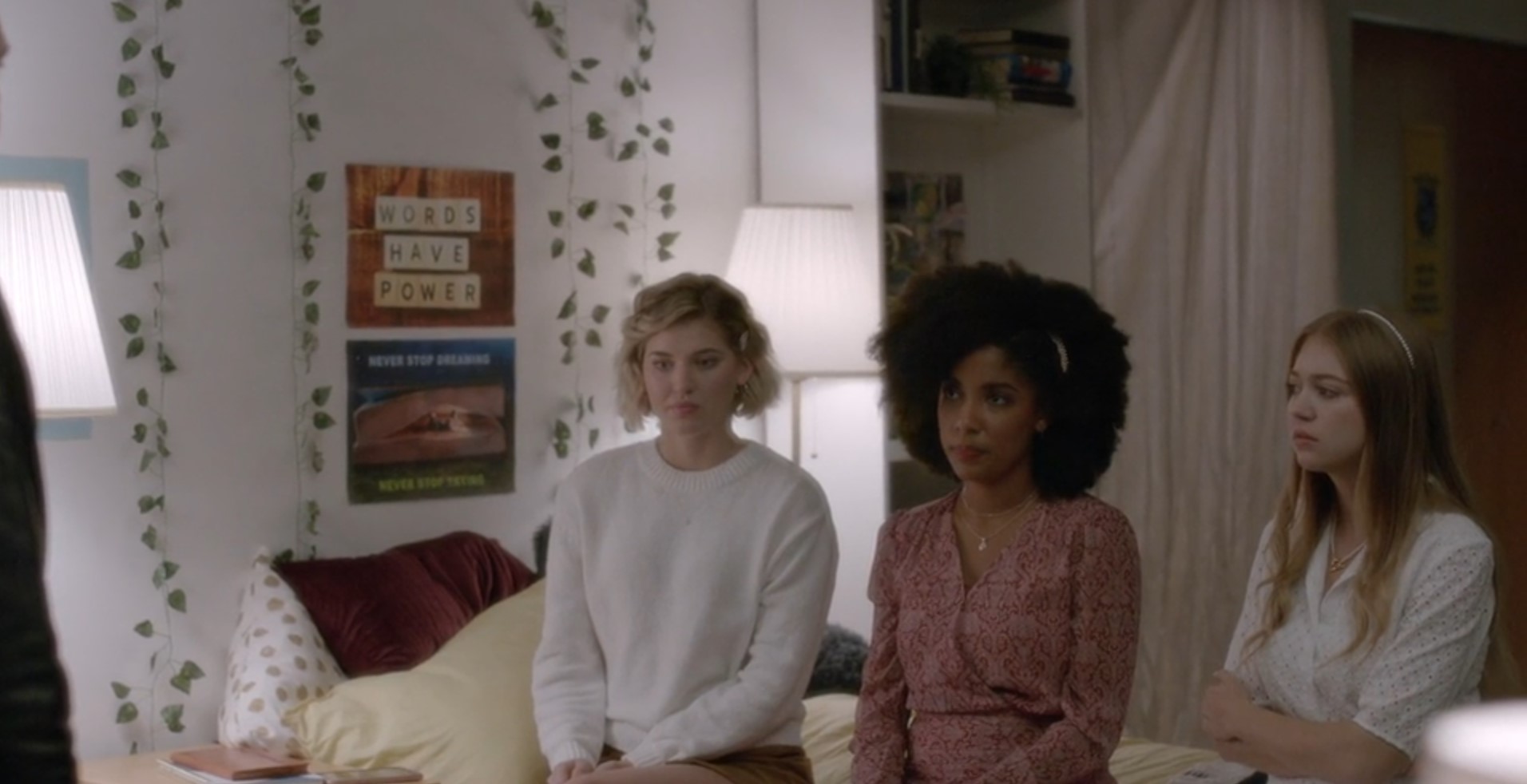 Likewise, we can also draw parallels between this Lifetime movie and other films like ‘Cry Wolf,’ ‘Cutting Class,’ and ‘Sorority Row.’ Thus, even being a completely fictional film, ‘The Secret Lives of College Freshmen’ contains relatable themes from similar crime movies. Taking all these factors into consideration, we can see why people might feel that the storyline has been borrowed from some real-life events.