Where Was Pom Poms and Payback Filmed? Is It a True Story? 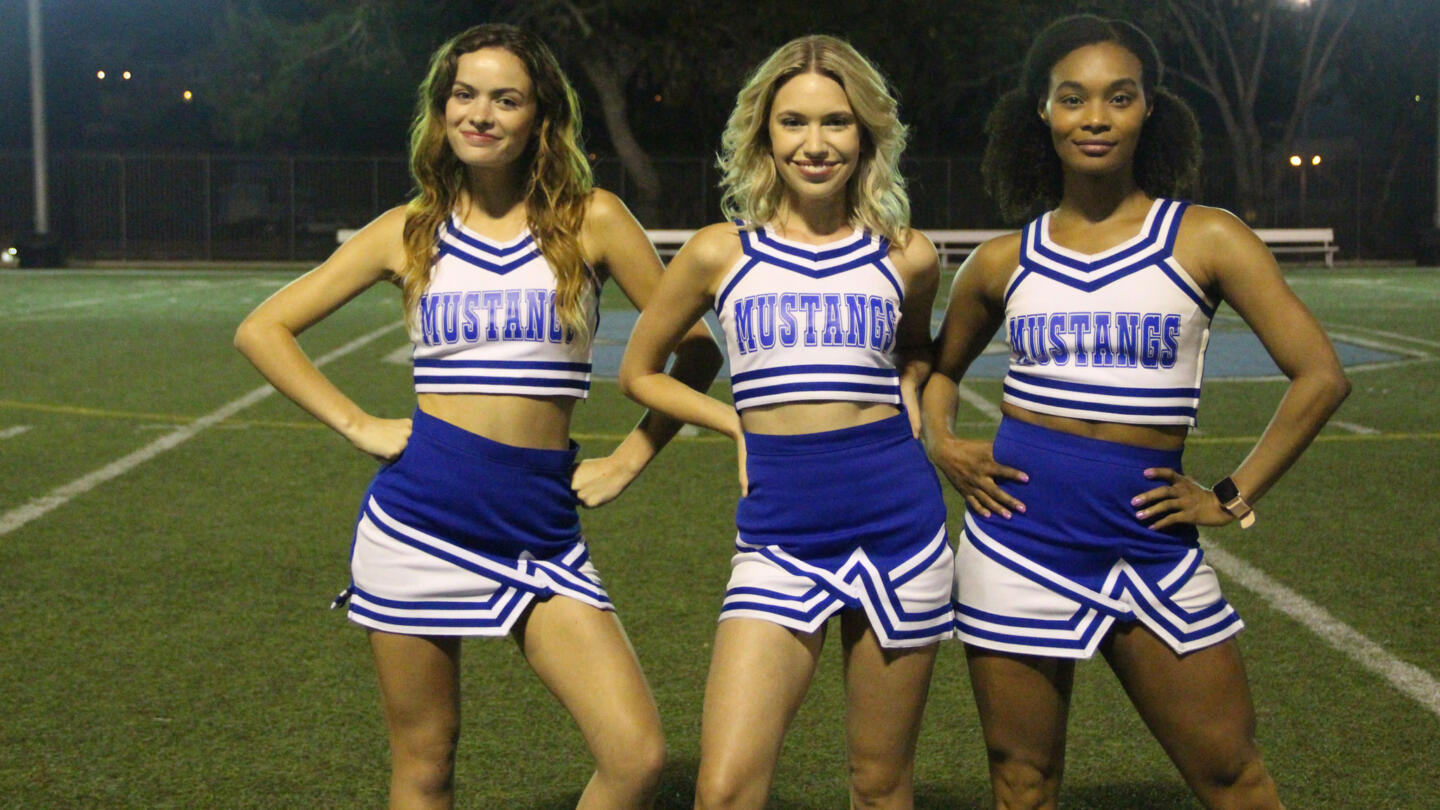 Directed by Doug Campbell, Lifetime’s ‘Pom Poms and Payback’ is a thriller film that focuses on high school cheerleaders and their detestable desire to take revenge. The group of friends who have eagerly waited for the Prom night is shocked when their boyfriends betray them on what should have been one of the best days of their lives. Hurt by their inconsiderate actions, the cheerleaders put their heads together to give the boys the taste of their own medicine.

However, they soon learn that the real culprit behind their misfortune is Evergreen, their coach. As the story unfolds, the twists and turns in the film continue to baffle viewers who may begin to wonder about its origin, while some people may wish to learn more about the cast or filming details. If you are looking for similar information, we have got you covered.

The Lifetime movie was shot extensively in California. The production in the Bear Flag State reportedly commenced in mid-September 2020, and it wrapped up a few days later, on October 1 of the same year. Curious to learn more about the film’s shooting, we decided to dig deeper. Here’s everything we could find out!

The principal photography of the Doug Campbell directorial took place in Los Angeles. The cast and crew filmed the school scenes at the Bishop Mora Salesian High School located at 960 South Soto Street. The all-male Roman Catholic high school was founded in 1958 and is named after Francisco Mora y Borrell, the Bishop of Monterey-Los Angeles who served from 1878 to 1896. The production also took place in Northridge, the neighborhood located in San Fernando Valley in the City of Angels.

The filming was also done in Indian Springs, California. The people on the set followed strict COVID-19 protocols since the production was done during the global coronavirus pandemic. The actors and the crew tried to maintain a safe distance and wore masks/face shields whenever possible.

The thriller movie stars Shaylaren Hilton as Sharlene. You may recall watching her on the television movie ‘Beaus of Holly.’ Le’Priesh Roman essays the role of Jessie. Jazlyn Nicolette Sward, who is best known for her role in the television movie ‘The Wrong Valentine,’ portrays Annabelle. Emily Killian appears as coach Evergreen while Carrie Schroeder plays the role of Marcia.

Is Pom Poms and Payback a True Story?

No, ‘Pom Poms and Payback’ is not based on a true story. The teenage drama that unfolds at the Prom night is not out of the ordinary, and it probably has happened on other occasions in real life as well. However, the coach plotting something sinister is definitely overly dramatic, and viewers must have rightly guessed that there is little truth to the whole story.

While most of the films mentioned above have unique plots, ‘The Wrong Cheerleader Coach’ has striking similarities with the Doug Campbell directorial. Like the latter, it also revolves around the questionable motives of Devan, the coach of the cheerleading team, who is willing to go to any lengths to get what she wants. Just like Evergreen, Devan also crosses the boundaries of professionalism and tries to get herself involved in the private life of her students.

The aforementioned factors go on to prove that Richard Clark and Doug Campbell’s screenplay is merely a further exploration of recurring plotlines that have already been used on numerous occasions in different Lifetime films. With no claims of it taking inspiration from real-life incidents, it’s safe to assume that ‘Pom Poms and Payback’ is not a true story.