The Shrink Next Door Episode 3 Recap and Ending, Explained 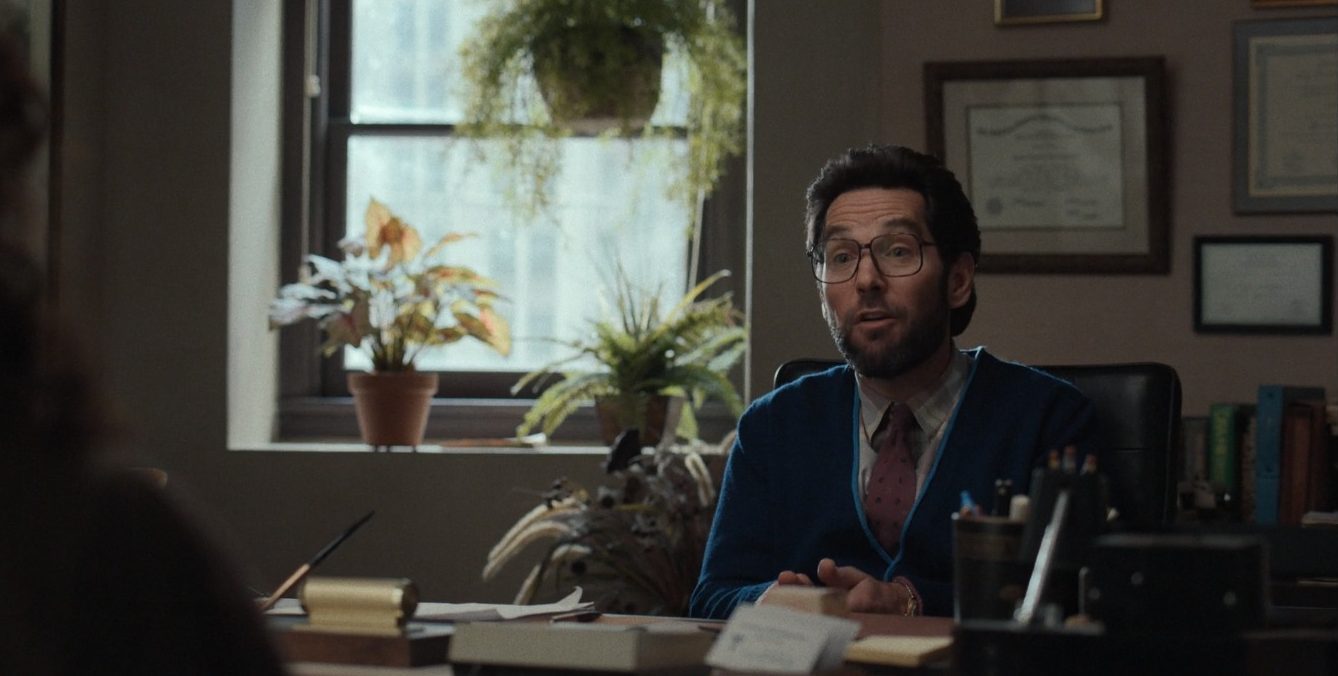 ‘The Shrink Next Door’ follows the remarkable story of how a psychiatrist gradually installs himself into the life of one of his patients and slowly begins to take over his affairs. Episode 3, titled ‘The Treatment,’ finds the relationship between the doctor and patient beginning to cross boundaries, which the latter’s overprotective sister notes. However, things get complicated when Marty refuses to hear a word against his psychiatrist, and the episode ends on a shocking note. Let’s dive in and take a closer look at ‘The Shrink Next Door’ episode 3. SPOILERS AHEAD.

The Shrink Next Door Episode 3 Recap

The episode opens in the aftermath of Marty’s bar mitzvah, and Phyllis is surprised to see her brother more confident and upbeat than she ever remembers him. However, she remains suspicious of Dr. Ike’s motives and decides to pay him a visit. Though the conversation between the doctor and Marty’s sister goes well for a while — and the smooth-talking psychiatrist is able to get her to open up — he lets slip a detail he’s not supposed to know, making Phyllis all the more suspicious of him. She leaves in anger, saying she has her eye on him.

Meanwhile, Marty continues to feel empowered with his sessions but complains about business not going too well. Despite an exciting new opportunity to provide the backdrop for a Broadway show, Marty’s employees remain unmotivated, prompting the soft-spoken boss to turn to his psychiatrist once again. Though initially hesitant, Dr. Ike comes in to talk to the workers and, though his contribution in raising their morale is questionable, the session ends with the group working on a new cost-cutting idea.

The Shrink Next Door Episode 3 Ending: Why Does Phyllis Rob Marty?

Eventually, the night of the Broadway show arrives, and Marty attends it with the doctor and his wife. To their shock, both doctor and patient realize that their cost-cutting methods are actually very dangerous when they see the show’s characters carrying candles near Marty’s highly flammable backdrop. After the show — relieved at a disaster being narrowly averted — Marty offers his psychiatrist a full-time consultant job at his company, and Dr. Ike agrees.

Meanwhile, Phyllis becomes increasingly frustrated as Marty refuses to break open the family trust to help her with the expenses of her ongoing divorce. She goes to her brother’s apartment to wait for him but gets angry when she sees his home littered with signs of his friendship with Dr. Ike. Eventually, she breaks into Marty’s safe and steals the family heirlooms he keeps inside. The episode then closes with Marty panicking after returning to his flat, only to be comforted by Dr. Ike, who claims that he will protect Marty from all those trying to exploit him.

Thus, it seems like Dr. Ike was right after all, and Phyllis was only after Marty for his money. Or was she? Though it initially seems like the angry sister has cleaned out her brother’s safe because of her desperate need for money, there are also other factors at play. It seems like Phyllis is trying to catch her brother’s attention and help him break out of the spell that Dr. Ike has seemingly cast on him.

Her main motive for stealing from Marty is, of course, her brother’s refusal to break open the family trust to help pay for her divorce. Phyllis feels entitled to the money, as she does to the family heirlooms. Therefore, her actions are less about stealing and driven more by frustration. Going through a difficult divorce and now cut off by a brother because of his crafty psychiatrist, Phyllis almost certainly feels helpless and thus breaks into Marty’s safe mainly out of frustration. Unfortunately, this will likely destroy the last remaining dregs of trust that the brother has in his sister, and her actions are almost certainly going to cause a rift between them.

Why Does Dr. Ike Hate Phyllis?

Dr. Ike realizes that Phyllis sees through him, and therefore does all he can to set Marty against her. The doctor and Marty’s sister get off on the wrong foot when the protective sister calls up Dr. Ike’s rabbi to check on the doctor’s background. Livid, the doctor berates Marty for his sister’s actions and threatens to stop their sessions.

The next time she meets the doctor, Phyllis seems more amenable but then realizes that he has been talking about her with her brother. She soon becomes convinced that the psychiatrist is once again crossing boundaries that should exist between a doctor and patient. Since Dr. Ike is seemingly trying to implant himself into Marty’s life, he is essentially trying to replace the role of Marty’s overprotective sister. Combined with the fact that Phyllis seems to be the only one seeing the doctor for what he’s really doing makes her his biggest obstacle. It, therefore, comes as no surprise that it is mainly because of Dr. Ike’s words that Marty becomes suspicious of his sister and decides to cut her off.