Is The Shrink Next Door Based on a True Story?

‘The Shrink Next Door’ follows the remarkable tale of a psychiatrist who inserts himself into his patient’s life and slowly begins to take control of it. Martin Markowitz initially finds his doctor’s advice helpful and begins to trust him with increasingly crucial decisions.

As the show progresses, their relationship slowly goes from a professional one to a sinister dynamic of manipulation. Unethical doctors do exist, but could something as remarkable as what happened to Markowitz be inspired by reality? We decided to see just how much of ‘The Shrink Next Door’ is based on a true story.

Is The Shrink Next Door Based on a True Story?

Yes, ‘The Shrink Next Door’ is based on a true story. The show is based on a podcast of the same name by Joe Nocera, an established journalist who has written for multiple publications. Most notably, the story behind ‘The Shrink Next Door’ is true and is the result of multiple interviews and research into four decades of records and documents that Nocera conducted for his story. Initially written by the journalist as an article, it wasn’t until his son reportedly gave him the idea to turn it into a podcast inspired by the likes of ‘Dirty John’ that Nocera began working on ‘The Shrink Next Door.’ 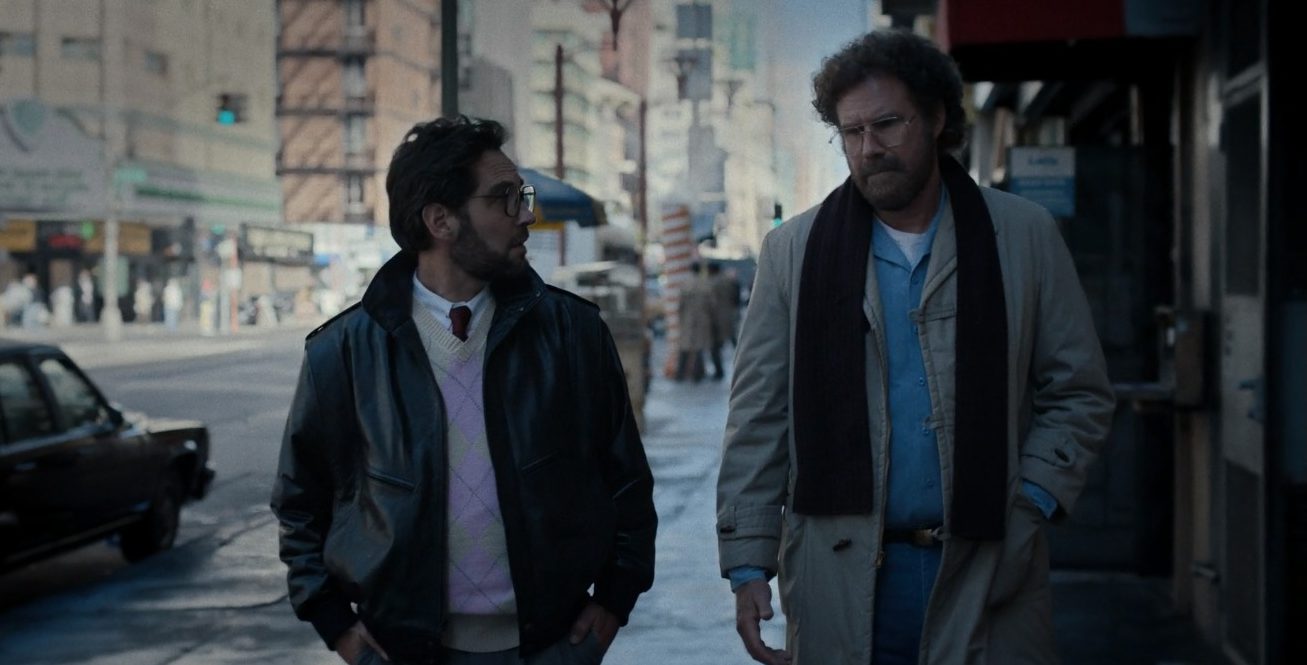 The show follows the non-fiction podcast closely, including keeping the character names and details mostly unchanged. Nocera’s curiosity was first peaked by a party in the Hamptons, which was seemingly hosted by (the real) Dr. Isaac Herschkopf. Curiously, the summer home it was at belonged to one of his long-time patients, Martin Markowitz. The subsequent investigation and podcast involved interviewing over two dozen people, including Markowitz and his sister Phyllis Shapiro (who is also depicted on the show as one of the central characters).

As seen on the show, Markowitz first met Dr. Herschkopf in 1981 while he was in a vulnerable spot and getting over the recent deaths of his parents. The doctor eventually installed himself as an integral companion to Markowitz and allegedly estranged him and his sister, Phyllis, for over twenty years. The doctor’s apparent demands got increasingly extravagant, and he reportedly even asked Markowitz to amend his will at one point so that his home in the Hamptons would get inherited by Dr. Herschkopf’s wife, Becky.

Finally, in 2010, after Markowitz underwent a hernia operation and the doctor did not reportedly even call to ask how he was faring, the long-suffering patient broke ties after almost thirty years. Dr. Herschkopf claimed that his medical relationship with Mr. Markowitz ended in 1983, after which he took on the role of a business consultant. Markowitz, who eventually broke his association with the doctor, said that he had spent nearly $3 million on Dr. Herschkopf over the years.

In 2021, it was reported that the doctor was ordered to surrender his license to practice in New York after a five-member hearing committee found him to be violating professional standards. In fact, the committee essentially followed the narrative set out by ‘The Shrink Next Door’ podcast and concluded that Dr. Herschkopf was “guilty of all counts of professional lapses alleged by the state including gross negligence, incompetence, exercising undue influence, fraudulent practice, and moral unfitness.”

In order to translate the story to the screen, actors Will Ferrell and Paul Rudd actually met with the real Marty Markowitz, who was happy to share his experience first-hand. He reportedly said he had already been through so much that he did not worry about his story being made public through a television series. Therefore, Markowitz was happy to answer any questions the showmakers had about the fateful years he spent associated with Dr. Herschkopf and never tried to influence how his character was portrayed on-screen.

‘The Shrink Next Door’ tells a remarkable but nonetheless true story that is closely based on an investigative, non-fictional podcast. The characters essayed by the actors Paul Rudd and Will Ferrell exist in real life, and the show also benefits from input and details provided by the real Marty Markowitz to the actor portraying him. Thus, the show is inspired by true events and represents the story accurately on screen.