Will There be a The Stranded Season 2 on Netflix? 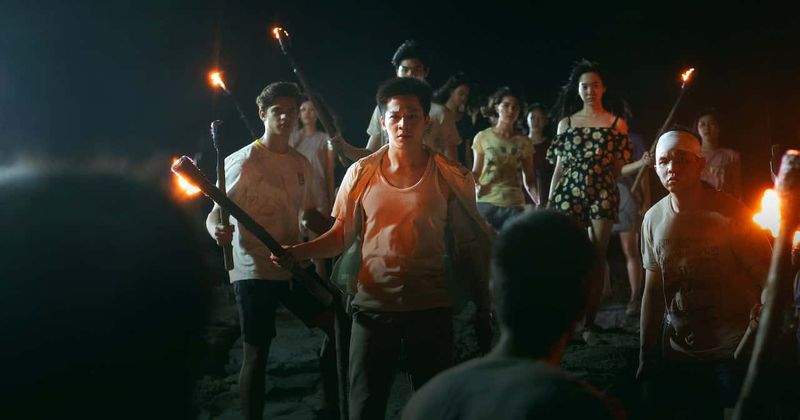 When it comes to streaming movies and shows from different regions, cultures, languages, and countries, Netflix is, of course, the go-to site. Considered as one of the world’s leading entertainment services, its collection of forieng shows is unending.  ‘The Stranded’ happens to be the first Thai Netflix Original.

‘Kweng’, also known as ‘The Stranded’, is a mix of signature Asian horror elements and sci-fi drama. So, if you are one among those who spends hours on the Internet, browsing for lists like the best Thai, Korean, or Japanese horror movies, then this is a must see.

A treat for horror as well as thriller fans, ‘The Stranded’ has other reasons for being interesting. Remember ‘Shutter’? The Thai classic that ended up leaving everyone sleepless for nights? Well, one of the screenwriters from the film, Sophon Sakdaphisit, serves a director for ‘The Stranded’. The veteran horror flicks director is also known for his work in ‘Laddaland’ and ‘The Promise’.

The show follows 37 students from an elite school after they are stranded in a mysterious island when a tsunami hits the country. Once they are abandoned in this strange, remote locale, amidst the Andaman Sea, they start noticing a series of weird happenings. The teens soon realize that there is no one who would be coming for their rescue and they acknowledge the fact that they are the only ones who can save themselves by getting off the island if they hope to survive (at all).

The first season of the show was moderately-received. Now, the question arises: will there be a ‘The Stranded’ season 2? We will delve into that question, but first let’s quickly look into the details of the series.

The Stranded Cast: Who is in it?

Beam-Papangkorn Lerkchaleampote, a young, talented Thai actor, enacts the role of the central protagonist, the 18-year-old Kraam. He has formerly appeared in ‘Project S: The Series’. Meanwhile, Sinjai, a popular Thai actor, is best known for his work in ‘Love of Siam’ , ‘Air America’, and ‘Plae kao’. Hattaya Wongkrajang is widely recognized for ‘Project S the Series’ and ‘Bangkok Love Stories: Plead’.

English voiceover artists include Michelle Fang, Nicole Fong, Darren Keilan — who serve as the voice actors for the lead characters, Noey, May, and Kraam.

The Stranded Plot: What is it about?

‘The Stranded’ introduces us to Kraam, an 18-year teen, who studies in an elite school in the neighborhood. However, when a devastating tsunami hits his hometown, he luckily survives, along with 36 of his fellow classmates. They are abandoned in an uninhabited, remote island in the Andaman Sea. But when strange incidents start plaguing the group, Kraam and his friends realize that nobody is coming to rescue them. Now, Kraam assumes the role of the leader so that he can lead his peers out of this dangerous and possibly fatal situation.

This mystery drama and survival series chronicles the various struggles of the crew as they deal with the island’s mysterious environment in order to stay alive. Somewhat similar to the plot of ‘Lord of the Flies’, ‘The Stranded’ definitely offers a thrilling start.

The Stranded Season 2: What to Expect?

There are so many things that the second season of ‘The Stranded’ needs to answer. First of all, what is going on in this new world and can Kraam really go back, or is he stuck here? Moreover, what will happen under Anan’s leadership? What rules will he impose on his subjects and how long will it take this angry mob to calm down and come to their senses about where Anan is leading them?

Where did Arisa, Nahm, Ice and Ying run off to? And will they come back to save their friends? What will May do, now that she is pregnant and also under the imprisonment of a boy full of hatred and malice? The second season will also shed light on the nature of the island and the history of Kraam’s real parents. Who were they and why did they leave him with his adoptive father? And what is the meaning of that dagger?

The Stranded Season 2 Release Date: When will it premiere?

As far as the next season goes, we don’t have an official announcement yet. Though if we go by the ending of the first season, there’s a good chance that a second season will be commissioned soon. If renewed, ‘The Stranded’ season 2 can release sometime in November, 2020.

For fans of the show, there is some other good news. ‘The Stranded’ may be the first Thai original to land on Netflix but it is not the only one. In November 2019, Netflix announced that a horror flick named ‘Shimmers’, whose story is set in a school in remote Northern Thailand, will be debuting on the streaming giant as well. Created by Wisit Sasanatieng and Sitsiri Mongkolsiri, ‘Shimmers’ is also about a team of five teens who are haunted by events from their past, which according to the description is “a much more sinister force.”

Netflix first landed in Thailand in January 2016. Since its launch in the nation, it has gathered over close to half million subscribers. With several more projects in the pipeline, subscribers are sure to get extra doses of diverse entertainment.

You can check out the official trailer for ‘The Stranded’ season 1 below: