The Stronghold Review: A Morality Tale Too Hesitant to Look Beyond its Cop-Movie Cliches 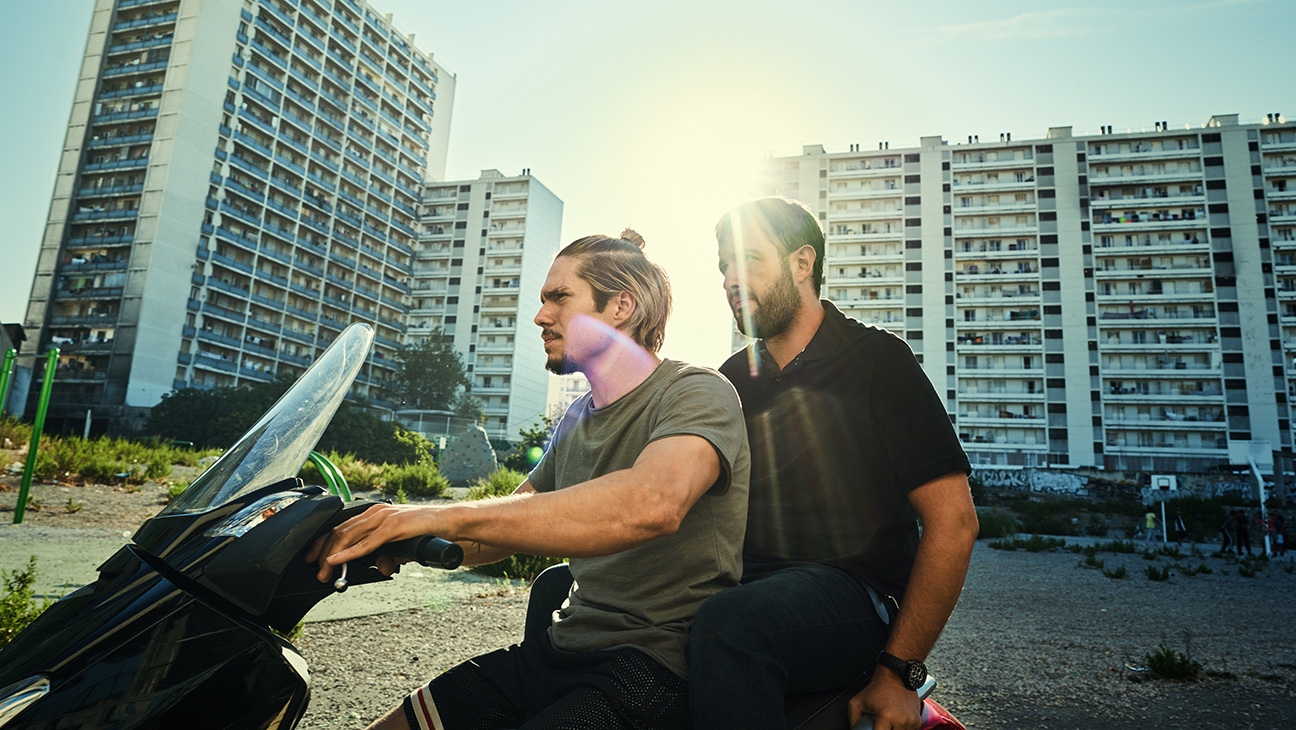 It’s surprising to know that French director Cédric Jimenez’s The Stronghold (BAC Nord) premiered in the Out of Competition section at Cannes 2021. It is not the kind of film that you would find at the renowned festival’s amazing lineup. However, a premiere back home before heading to Netflix (its rightful home) doesn’t really feel like a far-fetched idea now. While there are chances that the french language film would get lost in the wayward and ever-expanding catalog of the streaming giants, there’s also a major chance that this just might be the slipper hit that will emerge from the genre-friendly algorithm that Netflix is now famously known for.

It very well ticks most of the boxes that work with the Netflix audience. It has intense action that balances its crime-based story in a back and forth between the police and the thugs. There’s also the buddy cop element that shows the three central characters in a testosterone-filled chest-thump. And for good measures, there is the dramatic arc that puts these characters in a life-altering situation. It’s another story that they don’t really work in their entirety.

Anyhow, coming to the film itself, The Stronghold is based on true events that took place in the north suburbs of Marseille. These suburbs were distributed into colony-like fractions that once held the highest crime rate in all of France. The film opens with Yass (Karim Leklou) who is released from prison, before shifting 8-months forward. The middle-aged man is now a part of a team of three police officers who are in pursuit of a Candyman (a local drug peddler).

Opening up with a sequence like that where Jimenez uses his frantic camera work to put the audience in the driving seat, should reap immersive results. But as soon as the sequence ends, Jimenez uses an American rap track to close-cut the sequence with the fragility of these three cops. François Civil plays Antoine, the good-looking dude from the squad who is in close connection with an informant Amel (Kenza Fortas). His loneliness is hinted at, whenever he meets Amel or when he ends up back home with his dog and a blunt. Greg (Gilles Lellouche) is the hothead in the group and is about to be a father with his wife Nora (Adèle Exarchopoulos) who also happens to be in the police.

Not much is said about Yass but I have to confess that his screen presence is spectacular. The three of them are tired of their daily hustle where they either have to bring in local traffickers who sell cigarettes or turtles illegally, or they have to face men with loaded guns. These people are freely running their agendas and drug business within these colonies. Yass and his colleagues can do nothing to hold them accountable and have to simply back-off like sissies.

This is really pissing them off and while they are no messiahs-in-plain-sight (they often do illegal activities on their own), they are on the lookout for something big to come their way. Luckily, Yass’ friend and their superior officer offers them an opportunity to take down a big drug network. This move involves a lot of planning that also involves bribing Antoine’s informant who asks for a stash of 5kg weed. The only catch being, they can’t take that from the confiscated one at the police station. Things become more intense when they do the drug bust and all of their lives get endangered thereafter.

Now, Cédric Jimenez’s film follows a pretty dried-out, simplistic narrative that will become instantly familiar to people who watch a lot of American shows or films that include SWAT teams and other hearsays. In fact, this has more American inclinations than one would imagine. The surface-level characterization is closely coupled with a structure that puts everything in a linear fashion.

While the film also draws from its French counterpart Ladj Ly’s Oscar-nominated 2019 film Les Misérables and the Brazilian crime film Elite Squad (2007), the Americanized structure hinders it from becoming anything deeper. Imagine Scorsese’s Irishman (2019) but instead of gangsters, it’s about a group of law-violating cops. Pretty much like the third act of the aforementioned, The Stronghold also questions these cops and their morality.

However, the film is never too eager to dive in. While the drug bust is action-packed and helps raise the adrenaline high, the film always avoids delivering on a strong and clear-cut political stance. This is especially absurd because a whole lot of time is invested in these cops and the consequences of their actions, but the film lacks nuance, or audacity to look beneath and beyond it.

For the algorithm-loving Netflix audience, they will probably check out right after the film does the big drug bust. Post that, it tries to say something but doesn’t have the tools or the right political messaging to deliver it clearly. I think Jimenez really wanted to investigate what going beyond the confines of the law to bring justice could do. But there is no way he managed to do it here. Props to Guillaume Roussel’s score though. “The Calm Before the Storm” is a track that completely inhabits the mental and physical space in which the film propagates, and I wish the writing and directing would have taken the cue.