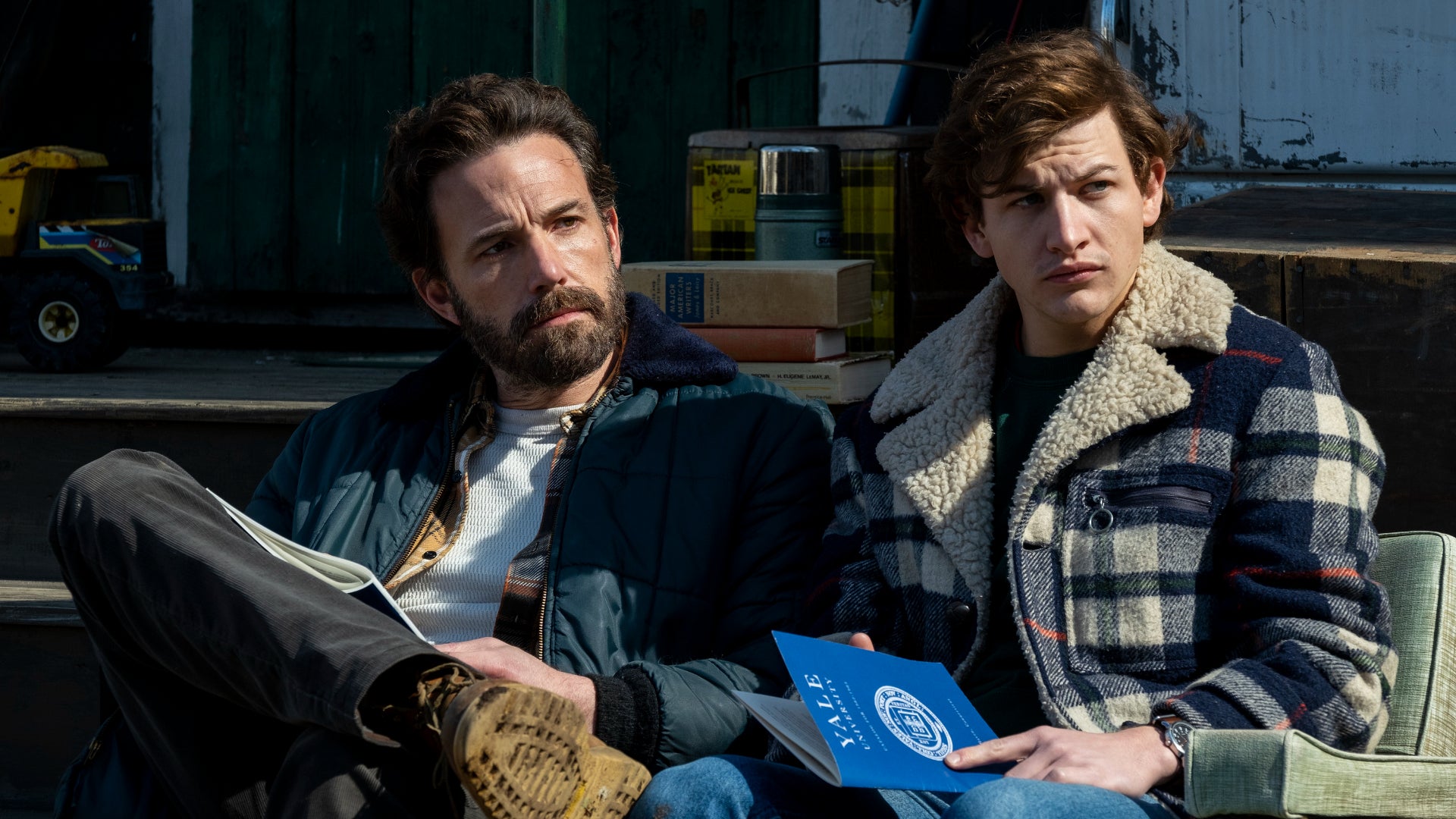 ‘The Tender Bar’ is a poignant coming of age story that follows JR as he grows up in his grandfather’s house. Raised by a single mother and regularly disappointed by an absentee father known only as “The Voice,” JR dreams of becoming a writer but doesn’t quite believe he will. His mother wants him to be a lawyer, while his Uncle Charlie, who runs the film’s namesake bar, is all about what it takes to be a man (which includes owning a car and always having “stashies” in the wallet). JR’s unlikely journey of becoming a writer is full of warm-hearted glow and nostalgia. Let’s take a closer look at ‘The Tender Bar’ and see where our hero ends up. SPOILERS AHEAD.

The film opens with a young JR and his mother moving into his grandfather’s house after they are unable to pay rent. The house constantly bustles with family, and JR grows up learning many of life’s lessons from his curt but caring Uncle Charlie. The young boy dwells on his father, who moves from place to place as a radio jockey. “The Voice,” as the father is called, is regularly badmouthed in JR’s grandfather’s home, but that doesn’t stop the young boy from trying to listen to his father’s shows on the radio whenever he gets the chance. After two short, disappointing interactions, however, it becomes clear that the absentee father cares very little for his son. 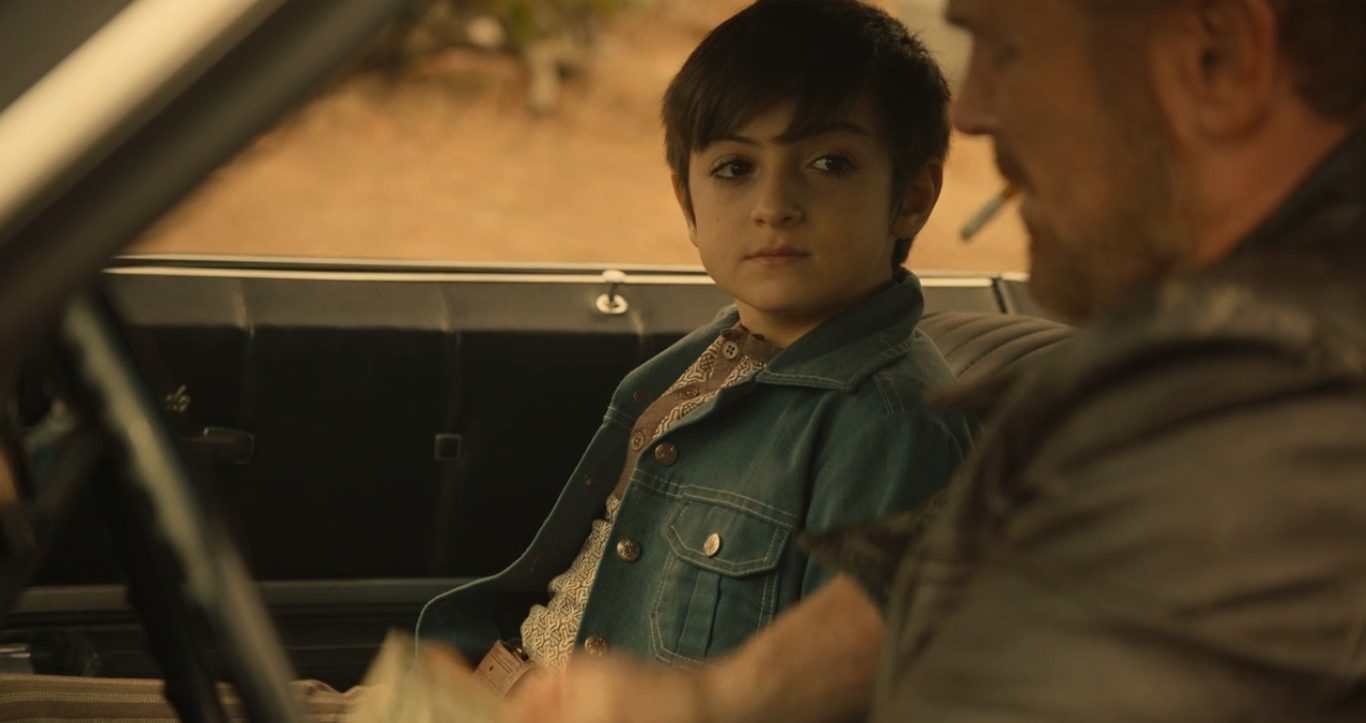 Uncle Charlie introduces JR to books, and the young boy takes a shine to them. Soon enough, he impresses patrons at his uncle’s bar (The Dickens) by effortlessly solving the local newspaper’s Wordy Gurdy. Through cutscenes, we see an adolescent JR traveling to Yale for an admissions interview. He speaks to a priest on the way, hinting at how he doesn’t think he’ll get in.

Eventually, JR is accepted to Yale and even gets a scholarship. He falls in love with Sidney during his first year in college but is unceremoniously dumped soon after he arrives at her opulent mansion for Christmas. Throughout college, JR remains infatuated with Sidney, who repeatedly breaks up with him by telling him she’s seeing someone else. In their final year of college, during one of their many breakups, she tells JR to think of applying to The New York Times.

The Tender Bar Ending: Does JR Write a Memoir? Does He Leave His Grandpa’s House?

JR is accepted at The New York Times as a trainee but has to leave when he isn’t promoted to a full-time reporter. Convinced he wants to write a novel and informed (repeatedly) that memoirs are in vogue, JR slips into spending his days at his uncle’s bar, relentlessly typing and drinking. Eventually, the need to see his father draws the youth to a diner where the two meet. 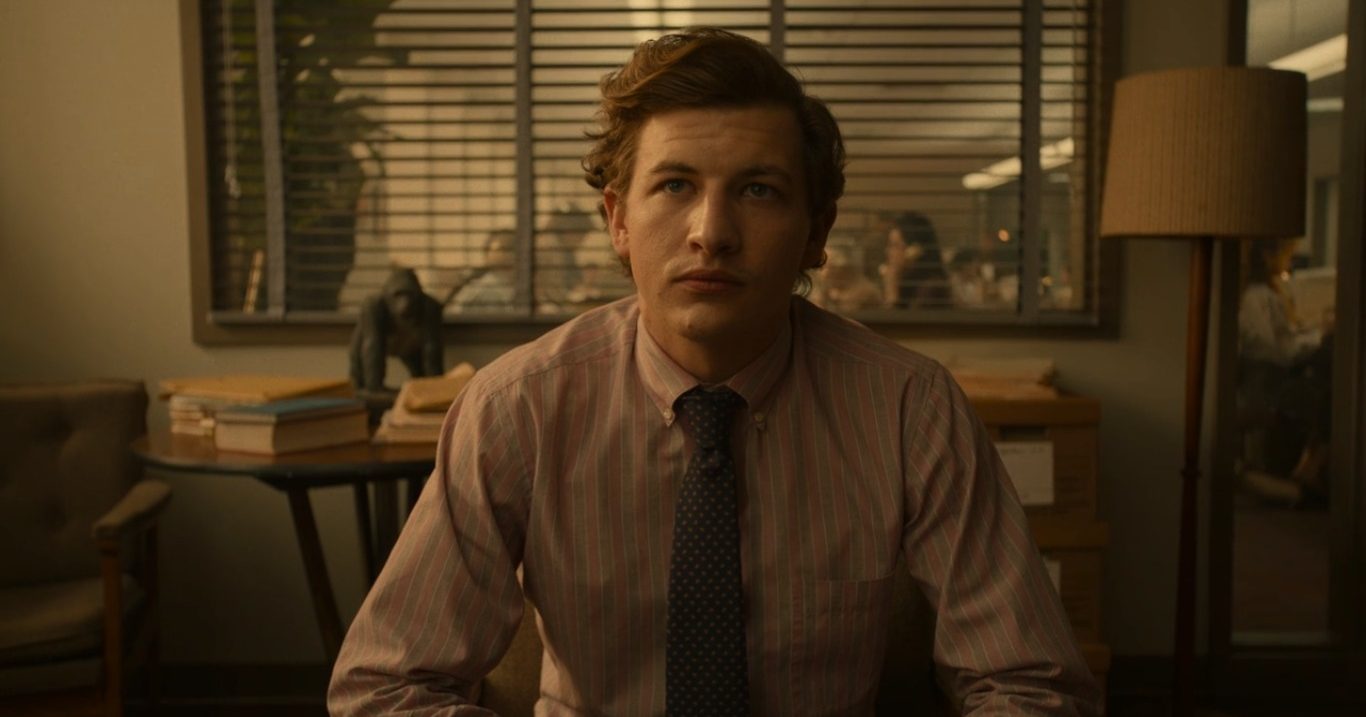 The reunion is distasteful and ends with JR calling the police on his father after the latter turns violent in an alcoholic stupor. Back at The Dickens, JR informs Uncle Charlie that he’s moving to Manhattan with a friend from Yale. The film closes with our hero driving off in his newly acquired car, a gift from Uncle Charlie, thinking about his memoir.

Though we only see the beginning of JR’s (likely) flourishing writing career, we get a few hints that tell us that he does, in fact, write his memoir. Most notably, the intermittent voice-over in the film narrates the tale like a memoir and mentions in the closing scene that he (JR) is lucky that memoirs are in vogue at the moment. Thus, the film’s big open secret is that JR does write his memoir and is essentially narrating to the audience how he got the point of starting to write it. 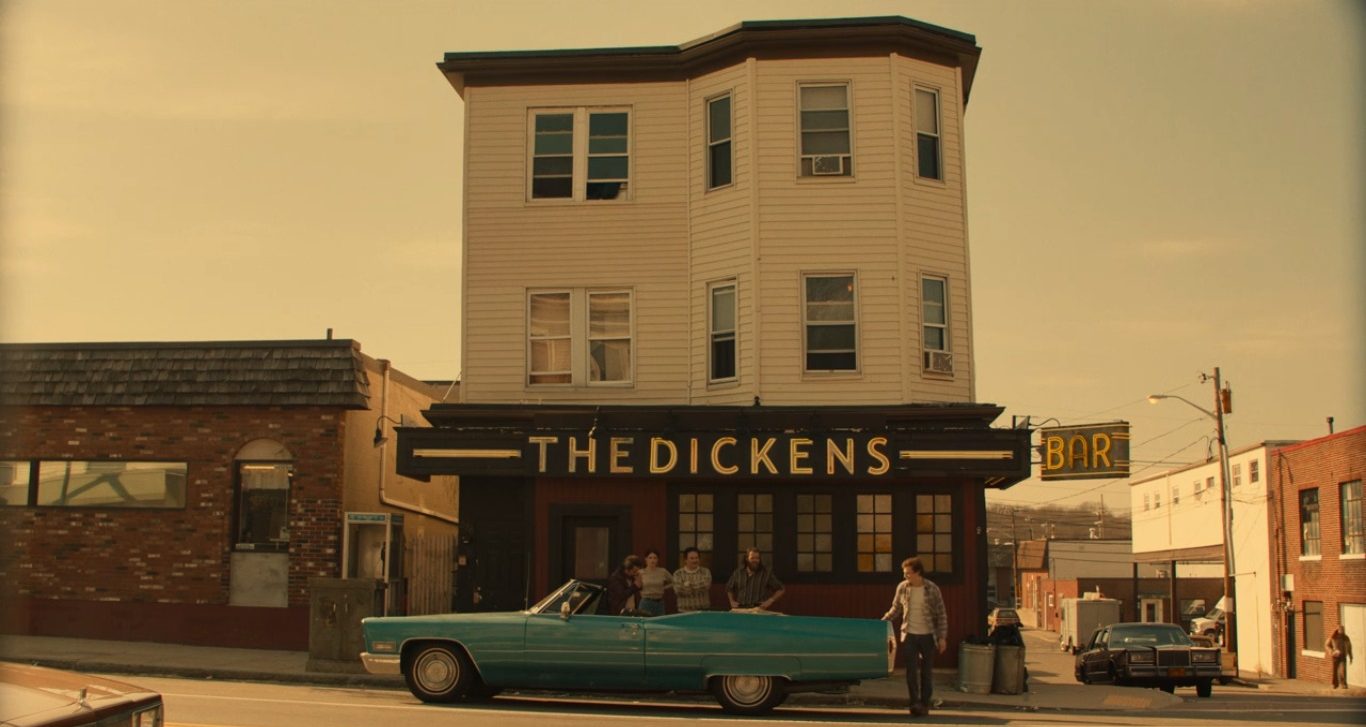 Another story arc that concludes in the film’s final moments is JR’s coming of age story. Having moved into his grandfather’s house as a child, he finally moves out to live on his own. He also seems to have ticked all the boxes in Uncle Charlie’s requirements of “being a man,” with the last missing item, a car, lovingly supplied by the Uncle himself.

Do JR and His Father Reconcile? Why is JR’s Father Called The Voice?

Through much of his childhood, JR clings to an enigmatic image of his father. Despite being repeatedly sidelined, even as an adolescent, the protagonist tries to reconnect with The Voice. The film’s final moments tie up its major story arcs in subtle yet satisfying ways, and JR’s final confrontation with his father seems to be a major breakthrough for the former (something that his father, ironically, points out in his drunken state). 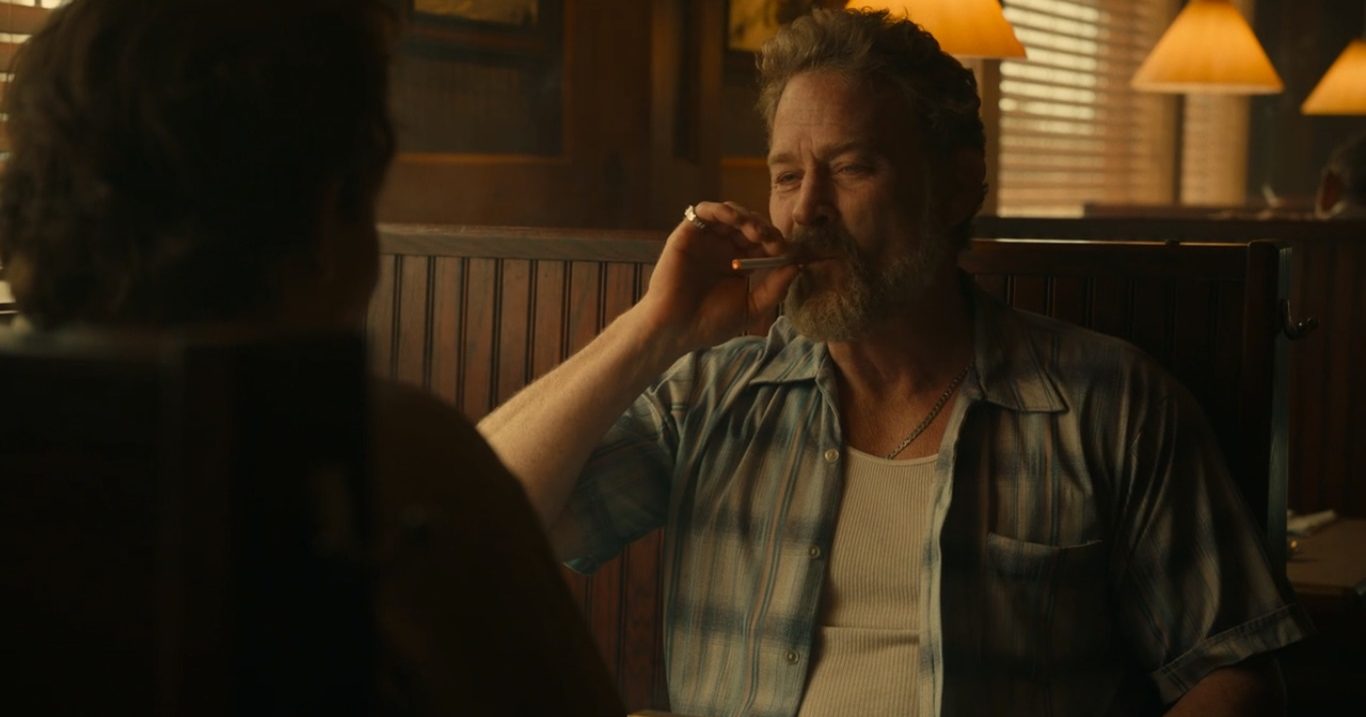 Seeing him strike a woman, JR realizes that his father is irredeemable and has him arrested. Thus, JR and his father do not reconcile, but the former appears to have moved on from trying to reconnect with the latter. Soon after the incident, JR mentions that he doesn’t have a father, making his feelings on the matter clear.

JR’s father is simply known as “The Voice,” which stems from his job as a radio jockey and the fact that JR has barely seen the man and mainly knows him from his voice. However, the title also has a metaphorical leaning and could refer to the dark voice that JR carries within him.

Apart from being plagued by self-doubt and fears of not being good enough, JR also has a near brush with alcoholism and is saved by some timely advice from Uncle Charlie. Though the film ends with JR wanting to believe that he doesn’t have a father, there is a darker undertone of our hero realizing that he will always have his father’s dark traits (“the voice”) inside him.

Read More: Is The Tender Bar a True Story?