Did You Know The Turning Was Shot in Ireland? 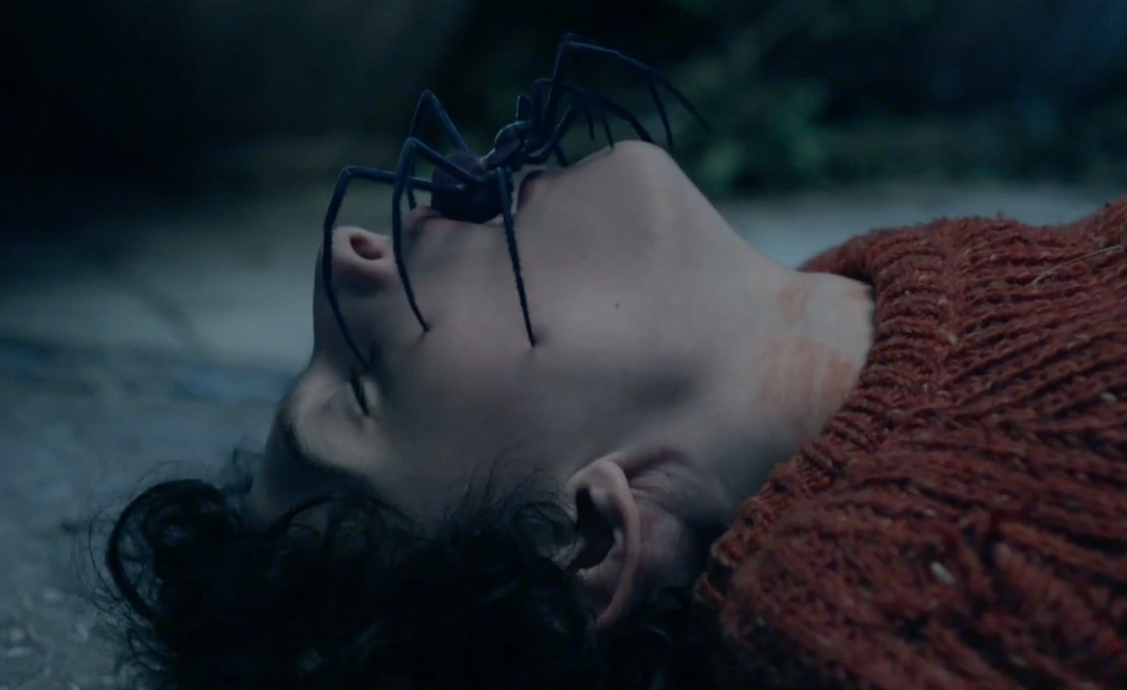 ‘The Turning‘ is directed by Floria Sigismondi, best known for ‘The Runaways’. She has also worked on several music videos for artists like Rihanna, Leonard Cohen, Katy Perry and David Bowie. The film stars Mackenzie Davis, Finn Wolfhard, Brooklynn Prince, and Joely Richardson. It also proudly boasts of the legendary Steven Spielberg serving as its executive producer. In fact, it is considered to be Spielberg’s passion project as he expressed his interest in returning to horror. The film is a modern adaptation of Henry James’ 1898 horror novela, The Turn of the Screw.

The film centres around a nanny who is sent to take care of two young orphans in a mysterious estate in the Maine countryside. But she soon realizes that both the children and house harbour dark secrets, and that things may not be as they seem. In many ways, ‘The Turning’ serves as your classic haunted house story, but the way it explores the haunting is both terrifying and breathtaking. If you’re wondering what are all the ‘The Turning’ filming locations, we’ve got you covered.

Where Was The Turning Filmed?

Though the grand eerie mansion in ‘The Turning’ is set in Maine, it is actually located around Dublin in Ireland. The production team chose Ireland as the dramatic backdrop for the horror because of its diverse landscapes. The filming particularly took place in County Wicklow which has long been a favourite with filmmakers. In fact, it is known as the “Hollywood of Europe” and has been attracting filmmakers since the black and white era. It is also home to the County Wicklow Film Commission which was set up in 1992, and is the longest running film commission in Ireland.

The principal photography of ‘The Turning’ took place between the second week of February and the first week of April 2018. But filming for Wolfhard and Prince concluded on March 27, 2018. Spielberg was present in Ireland during this period to oversee the filming and production.

Spielberg ensured strict security during the filming of ‘The Turning’ for the privacy of the film. The crew on the project were required to sign non-disclosure agreements and clearances were needed to access the sites. This is also the reason why most locations for ‘The Turning’ haven’t been revealed yet. However, the primary location for the film, that is, the grand eerie mansion where Miles and Flora live is actually the Killruddery House at County Wicklow.

The Killruddery House is one of the 0ldest country of Ireland, originally built in the 17th century. However, it was remodelled and extended in 1820s in the Elizabethan style. It considered to be the first and most successful Elizabethan-revival mansion in Ireland. The country house is located on the southern outskirts of Bray in County Wicklow, around 20 km south of Dublin.

It has been home to the Brabazon family (the Earls of Meath) since 1618. The estate currently extends to 800 acres, and is known for its flowering woodland, 17th century gardens, high-hedge sylvian theatre, long ponds and a walled garden. The gardens include several notable features like a grand circular fountain surrounded by statues, long ponds, the Sylvian Theatre, and the Lime walks.

The mansion also includes an orangery which was inspired by Crystal Palace in London. Almost all of these can be seen in the different scenes of ‘The Turning’. The interior shots of the film were also filmed on location inside the mansion.

Killruddery House has been used as a prime location for films for a while now. Some notable films and TV series filmed here include ‘My Left Foot’, ‘Far and Away’, ‘Angela’s Ashes’, ‘The Tudors’, ‘Becoming Jane’ and ‘Into the Badlands’, among others.

It should also be noted that Spielberg has previously worked in Ireland on his Oscar-winning war film ‘Saving Private Ryan’, which was filmed in Wexford. He has also previously visited Wicklow County while working on ‘Lincoln’. During the filming ‘The Turning’, it was reported that he was staying in Wicklow in the Druids Glen Hotel, but kept a low profile there.

It is apparent that Ireland, and especially County Wicklow, makes for a dramatic backdrop for this gruesome horror. Apart from its grand mansion of great historical value, it is also widely diverse in its landscapes. It has a coastline that includes long sandy beaches, hidden coves and rugged cliffs. Along with these, it includes several traditional picturesque villages. All of these sound like heaven while filming a horror film like ‘The Turning’, because of the county’s lush yet rugged, vast and isolated landscapes.