The Vanishing Ending, Explained: Why Did Thomas Kill James?

Throughout this 2018 thriller flick directed by Kristoffer Nyholm, we see a certain tension build in the aura of the lighthouse. The whole plot crescendoes into a climax that leaves many viewers confused. With Gerard Butler, Peter Mullan, and Connor Swindells as the lead keepers of the light in ‘The Vanishing,’ the film explores multiple themes, such as the impact of trauma, dealing with guilt, and how greed can completely alter a person’s behavior.

The movie is a testament to human strength, both mental and physical. It shows what the human mind is capable of when faced with deadly trauma and physical violence. ‘The Vanishing’ charts the course a person can take when greed takes over and leaves all sense behind. A person’s mental health can go awry in such circumstances. This makes the climax pose a big question – what really happened to Thomas, James, and Donald? Let’s find out. SPOILERS AHEAD!

‘The Vanishing’ unfolds the mystery of three lighthouse keepers – Thomas, James, and Donald, who disappear from the island without a trace. It reveals how their lives turn upside down when a mysterious wooden chest washes up on shore along with a presumably dead man. This event makes them waver off their principal duties, and greed drives them to do ugly things. 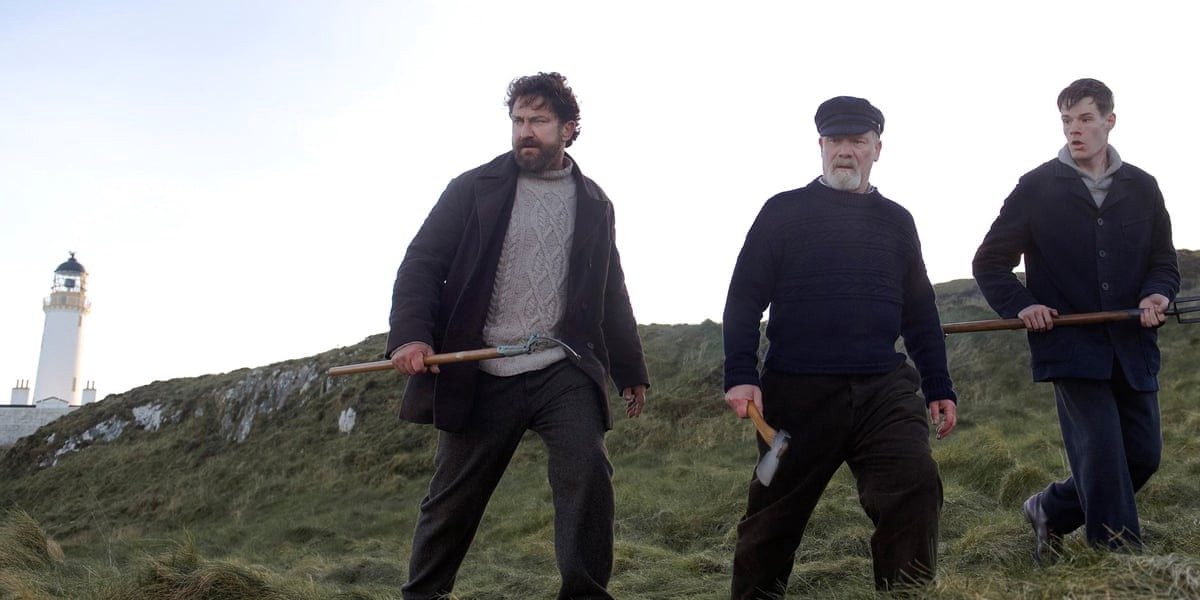 The keepers are torn between keeping the chest locked as per protocol and opening it to find something valuable. We see Thomas secretly opening the chest in the middle of the night despite asking the others not to open it. He discovers the hidden gold and immediately packs the trunk the way it was. Donald and James are overwhelmed with curiosity the following day and eventually open the chest themselves. They plan on how they each can get a share of the gold without getting caught. The plan goes sideways when some men come to the island looking for their cargo and the missing man.

After the lighthouse keepers deal with the crew members who come to the island looking for their missing man and the chest full of gold he traveled with, the tension in the movie increases manifold. The wooden chest contains a lot of things, with gold bars capturing everyone’s attention immediately. This discovery is the root of all conflicts and troubles among the keepers and soon turns the movie into a psychological thriller.

Following the killing of Locke and Boor, the keepers chase someone lurking outside, and James kills him too. When he sees the face of the boy, he is immediately reminded of his own son, and his sanity takes an ugly turn. He starts blaming Donald for their situation because if Donald had not killed the man who landed on the shore, nothing else would have happened. Thomas tries to knock some sense into him by reminding him that what Donald did was in self-defense. James is past the point where he can understand reason and logic. He isolates himself in a small chapel on the island as the guilt of killing men engulfs him.

The stress and distrust among the keepers continue to increase. But things get better when James returns to them and seems like himself again. They even start singing a song they sing at the beginning, which makes the scene’s mood lighter. This makes Thomas and Donald breathe a sigh of relief, and they hope for a happy ending to this debacle. But James’s intentions were different, as his unhinged mind wanted the cruelty to end. However, the distrust among the three men leads them down a dark path.

The Vanishing Ending: Why Did Thomas Kill James?

Towards the end, James locks Thomas in a room and starts choking Donald. Thomas bangs the door and asks to be let out, but it is to no avail. When Thomas bursts through the door, he sees Donald’s dead body beside James as he kills him too. Ultimately, Thomas and James venture into the sea with their precious gold and Donald’s dead body. As Thomas throws the body overboard, James voluntarily steps into the sea and drowns himself. The movie comes to a close with Thomas on a boat with the gold, leaving the lighthouse he agreed to guard. 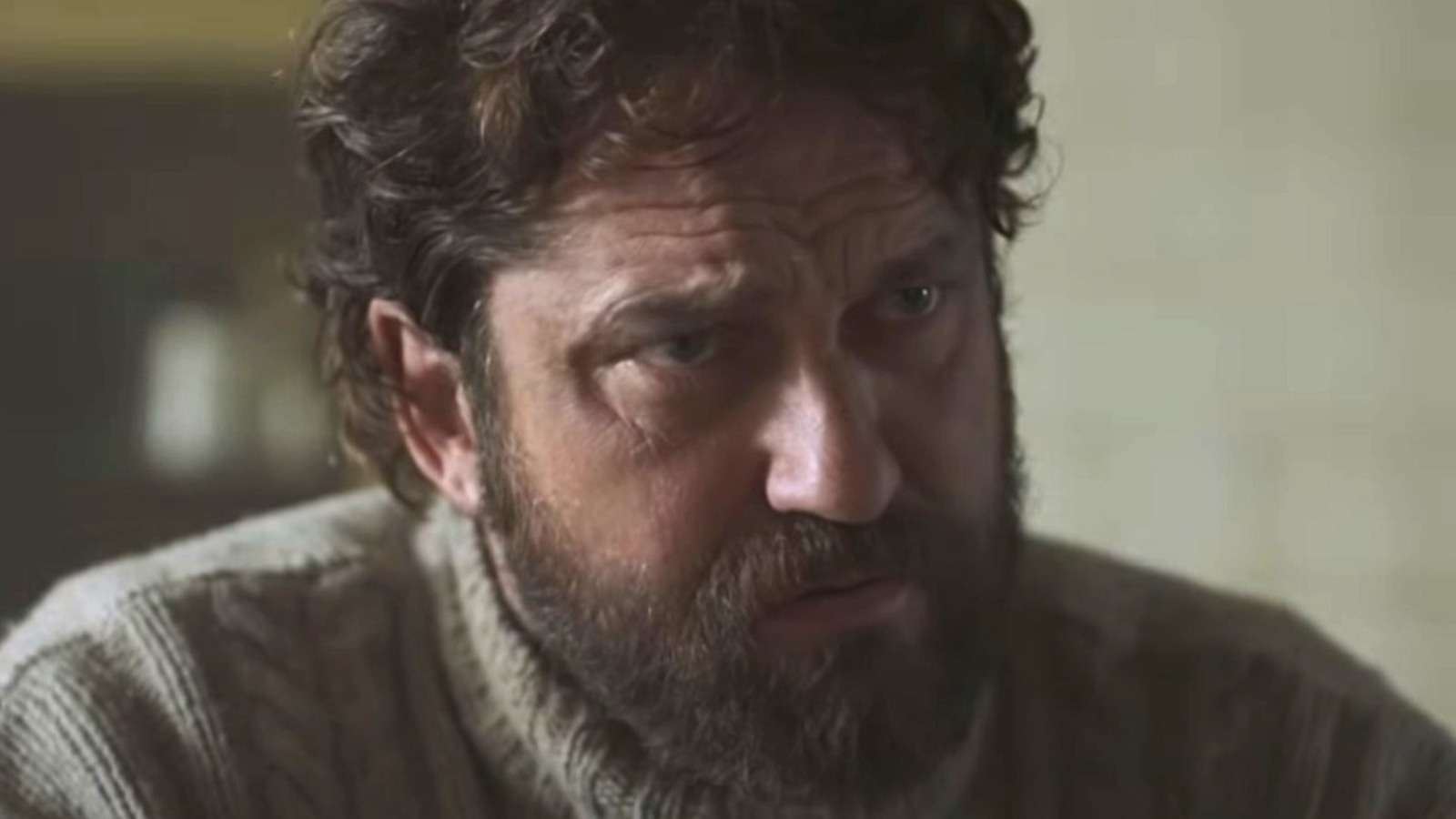 Thomas did not kill James per se but rather agreed to his decision to give his life. After all the violence and trauma they experienced in six weeks, James’s mind becomes insane. He decides he can’t take it anymore and wants to kill himself. It’s understandable, as the simple keepers of the light did not sign up for six weeks of murder, apprehension, and paranoia. Their actions ensnared them into a web they couldn’t get out of.

James is in bottomless guilt after killing people and giving in to his greed. He couldn’t bear the burden of the crimes he committed. He thought that killing Donald would ease his mind, but that only aggravated his condition and drove him to kill himself. James was a family man who loved his wife and children and would do anything for them. We see him making arrangements for his family at the movie’s beginning as he hands his wife some money and kisses his children goodbye. He was a simple man who worked hard and provided for his family.

Following the events on the island, James resolves to end his life because he can’t live, haunted by the lies and the secrecy. The thought of his family crossed his mind, and he did not know how to face them after what he did. James asks Thomas for help when he cannot do it himself. He reassures Thomas that it is okay and that’s what he wants. Understanding James’s pain and agony, Thomas agrees to his dying wish and holds his head underwater.

Where Did The Gold Go?

As the wooden chest washes up on shore, many questions arise about the box’s contents. The keepers realize it must be something precious as the man who had the chest was ready to kill Donald over it. Thomas and James haul the chest up the cliff as Donald fights off the man and kills him with a rock in self-defense. This starts the ugly string of violence and murders.

A few bars of gold were at the center of the gripping thriller, bringing out the greed in every man on the island. The keepers open the wooden chest after mulling over the thought in curiosity, despite their better judgment of following the protocol and calling the authorities on the mainland. They find a few random items, like shoes and some clothes, and the precious gold bars are tucked away at the bottom of the box. The keepers, excited to discover the precious metal, see them as the solution to all their problems. This would let James take care of his family, and Donald and Thomas also see a carefree life in their futures.

Thomas crafts a plan that would enable all three of them to keep a share of the gold and not get caught. But no one anticipated what would happen next. The keepers fight tooth and nail to keep the gold to the point that drives a wedge between them. Ultimately, the violent trauma, mounting paranoia, and their crumbling mental states took the better of them, leaving Donald and James dead. We see Thomas alone on the boat. The bars of gold are not exactly shown in the scene, and nobody knows what Thomas did with them. But it is certain that Thomas sailed away with all the gold they found in the chest.

What Happened To Thomas’ Wife?

The movie’s beginning hints at Thomas’ loneliness and how he does not have a family to take care of. This also enables him to devote 25 years to manning the lighthouse. When James tells Donald that Thomas’ wife died, he expresses his condolences and even asks Thomas what happened. Being a secretive person, Thomas evades the question, leaving the viewers puzzled. 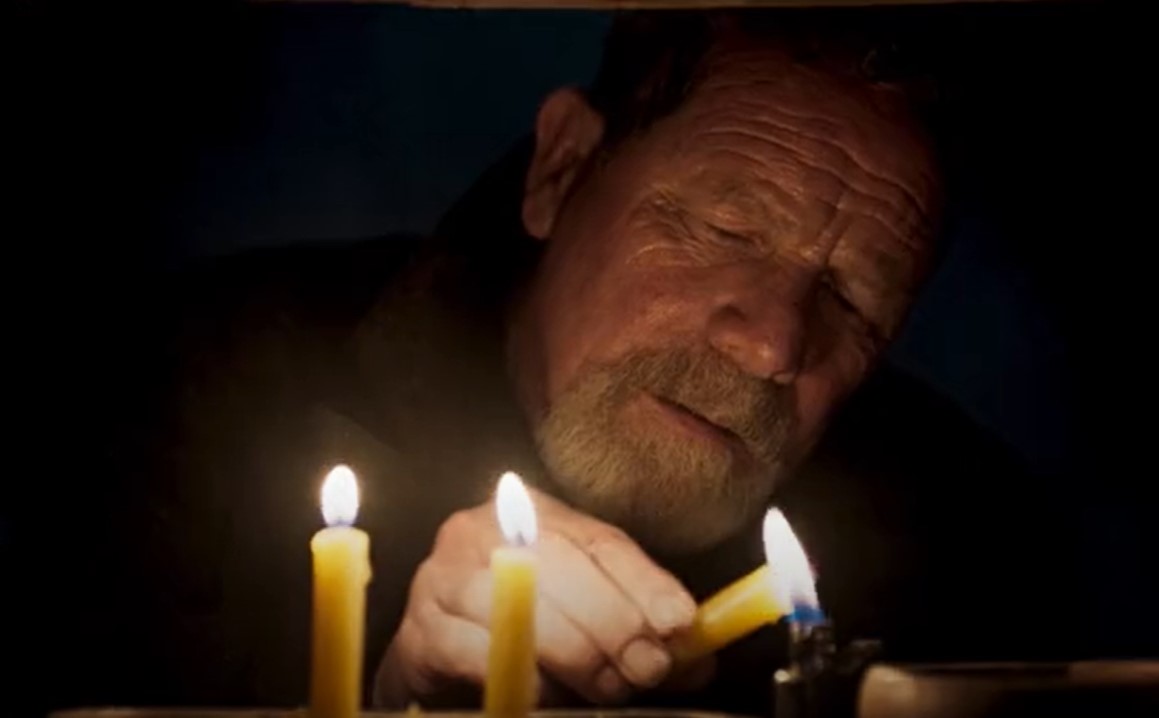 We also see Thomas lighting three candles in the chapel while reciting three names – Jessica, Freya, and Cathy. It is later revealed that Thomas’s wife and twin children died a few years ago. James is seen reassuring him that he could have done nothing to protect his wife as she was ill. The death of their children is also mentioned in passing, with no concrete answer or explanation given. Towards the end, Thomas sits and weeps in the chapel, asking for spiritual forgiveness as he thinks he let his wife die.

We are puzzled as we did not get an explicit answer about how his children died. But the chapel scene implies that there were some unresolved issues between the couple, and they could not forgive each other afterward. The problems could have arisen because of their children’s death, as it is hard for many couples to deal with such a tragedy. Thomas is seen as distant and in grief throughout the movie. Most of his character traits, like tough, secretive, and standoffish, seem to originate from his loss.

What Happened To The Dog and The Lighthouse?

We are introduced to the friendly guard dog – Jed when the three keepers arrive at the lighthouse for their six-week shift manning the tower. His appearance is limited but adds a bit of life to the dreary scenes on the gray island. His contribution to the plot isn’t much, but he barks when an unknown person enters the lighthouse. This alerts the keepers and gets them back to the tower. But surprisingly, he isn’t seen in any of the fight scenes where he could have been helpful.

Jed’s last appearance is when he sits beside Donald’s dead body. When James and Thomas make their way onto the boat to sail away, Jed is nowhere to be seen. Only the remaining keepers get on the boat, while Jed stays in the lighthouse. He is believed to remain in the lighthouse as he was supposed to. No specific indication was given about the dog’s whereabouts.

Read More: 10 Overlooked Thriller Movies From the 1990s That You Must See