Here Are the All Places Where ‘The Walking Dead’ Was Shot

It’s going to be a decade of ‘The Walking Dead‘ this year with its latest season. And according to AMC, the series has “decades and decades” of life left. Considering that it is a post-apocalyptic zombie-horror, that almost sounds ironic. But, of course, it’s not hard to see why. ‘The Walking Dead’ is easily one of the best horror television shows of all times. The series, developed by Frank Darabont, is based on the comic book series of the same name, by Robert Kirkman and Tony Moore.

‘The Walking Dead‘ instantly earned itself wide critical acclaim along with a massive fan-following with all that it brought to the zombie-genre. The series is an intense examination of the human psyche. It explores the decay of not just man, but mankind, as the society crumbles.

The series centres around a group of survivors as they struggle to stay alive in devastating circumstances, under constant threat of attacks from zombies known as “walkers”. But it’s not just the walkers that they are fighting against. With the fall of humanity, they face conflicts from other survivor groups, all of which function with different sets of morals.

The series has the characters traveling from one place to another for safety from zombie attacks. Creating horror in daylight is not an easy task. Yet, ‘The Walking Dead’ achieves this with its strong gothic horror aesthetic and brilliant VFX. In case you’re wondering where was ‘The Walking Dead’ filmed, here’s everything we know. 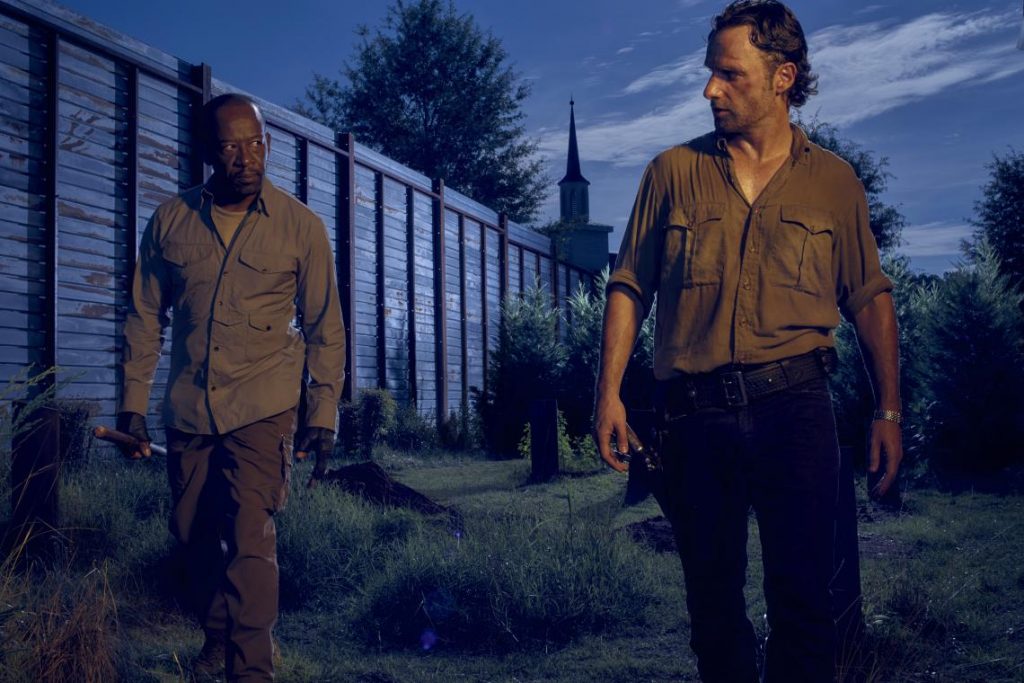 Though ‘The Walking Dead’ is set across different locations, it filmed almost entirely in Georgia. It has scenes filmed in the diverse landscape of Georgia, and especially its dense forests. The state has offered a tax incentive for large film productions, which makes it a practical location apart from being accessible and resourceful.

The filming of ‘The Walking Dead’ largely takes place in and around Senoia, Georgia. However, the first season of the show was primarily filmed in Atlanta. The capital continues to be a location where several scenes of the show shot. For the tenth season too, both these locations were utilized. The production of the latest season began in May 2019, and was concluded in November 2019. 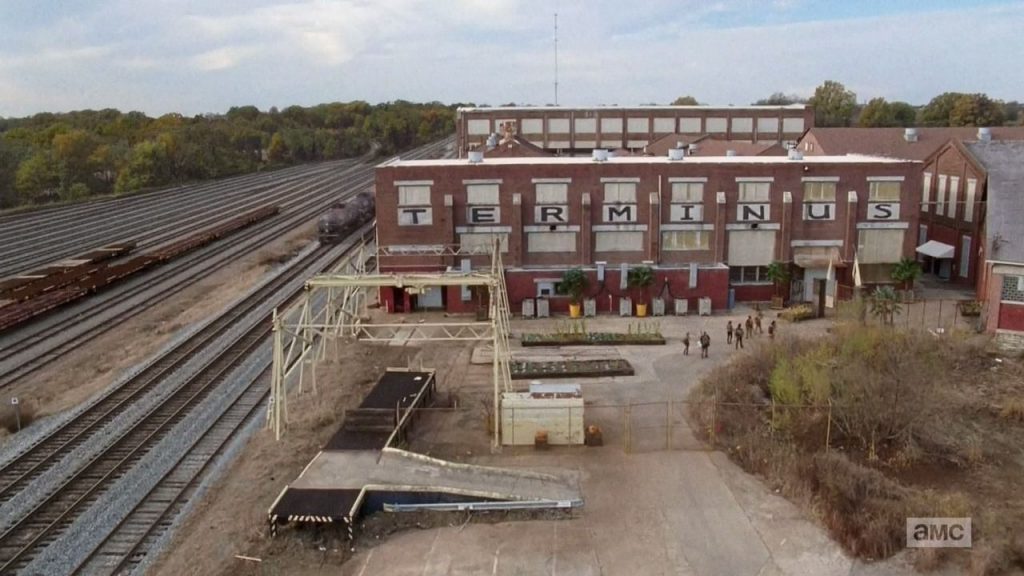 As mentioned earlier, the first season of ‘The Walking Dead’ was filmed primarily in Atlanta. Rick’s house from the pilot that is set in a small rural town in King County is actually sits in the heart of Atlanta. It is located in 817 Cherokee Ave SE, Atlanta, around the historic Grant Park, and the zoo. While it is shown that Rick enters Atlanta through Interstate 85, he actually travels through Freedom Parkway.

Atlanta’s Cobb Energy Performing Arts Centre was used as the Centers for Disease Control and Prevention building in the show. Most of the interiors for CDC were shot on a set in the Georgia World Congress Centre. Similarly, the hospital where Rick wakes up from the coma was not a hospital but the administrative campus of Atlanta Mission.

The Terminus from the end of fourth season, beginning of fifth season is also located in Windsor Street Southwest, Atlanta. The Kingdom was filmed at Fort McPherson, the former military base currently owned by Tyler Perry. The Forsyth-Walton building in Atlanta was another location used.

For the tenth season of ‘The Walking Dead’, the empty lot of 972 Avon Avenue was used as an apocalyptic parking lot, while all filming supposedly took place on a private property. One of the biggest challenges with filming in Atlanta included shutting down streets, roads and parks for filming. The same happened while filming the latest season as part of the road was shut for the day. 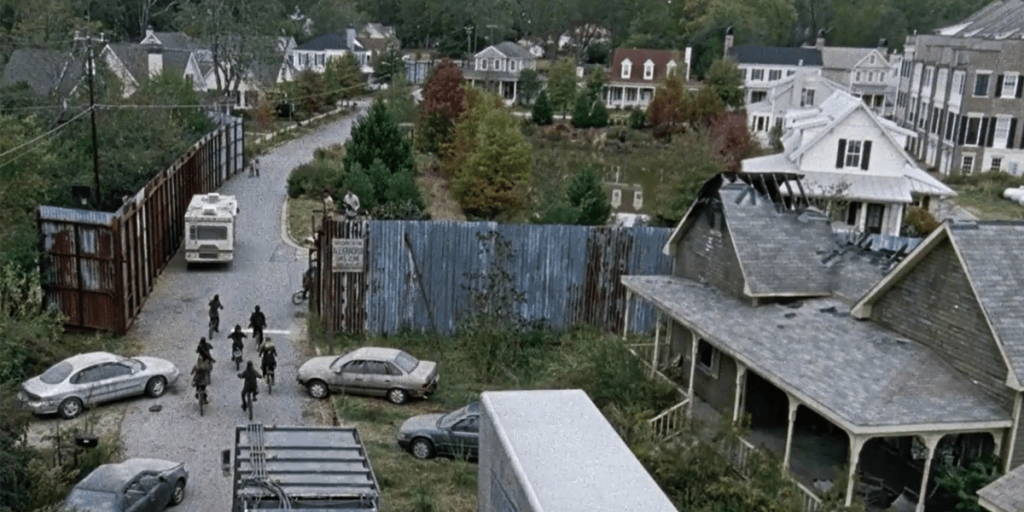 ‘The Walking Dead’ is largely filmed in Senoia, particularly in the large outdoor spaces in and around 120 acres of Riverwood Studios (Raleigh Studios). The studio is located on the outskirts of Senoia, with several existing building around the area. These were used for filming of the series especially with the Alexandria Safe-Zone that made use of a subdivision used by the families there.

Several building were also constructed as set especially for external shots. The Hilltop mansion, the Heaps, Father Gabriel’s church, West Georgia Correctional Facility, and the Oceanside were all filmed here. Several of these sets were removed after filming, and the locations were reused for another set.

Apart from the studio, the filming of ‘The Walking Dead’ also took place in and around Senoia. Despite there being a real town called Woodbury in Georgia, the show’s Woodbury was filmed in 1 Main Street, downtown Senoia. Filming of certain scenes around the waterfall also took place in Elders Mill Road Waterfall and Campsite. The tenth season of ‘The Walking Dead’ is also widely filmed in Senoia, including areas around Gordon Road, but it also makes use of other locations in Georgia.

The filming of the tenth season of ‘The Walking Dead’ took place in Hogansville, Georgia around Main Street and Granite Street, in October 2019. Hogansville was previously also used as a location in the ninth season. Jekyll Island in Georgia was another location used, but this too has been used before.

For the tenth season premiere, N Loop Trail was used for filming the survivors practicing combat around Oceanside. Another location that was used is 100 S Riverview Drive for the scene in which we see Carol arrive to dock. The aerial shot of Michonne and Aaron riding through field was shot at Rucks Dairy in Newnan Road, Brooks.